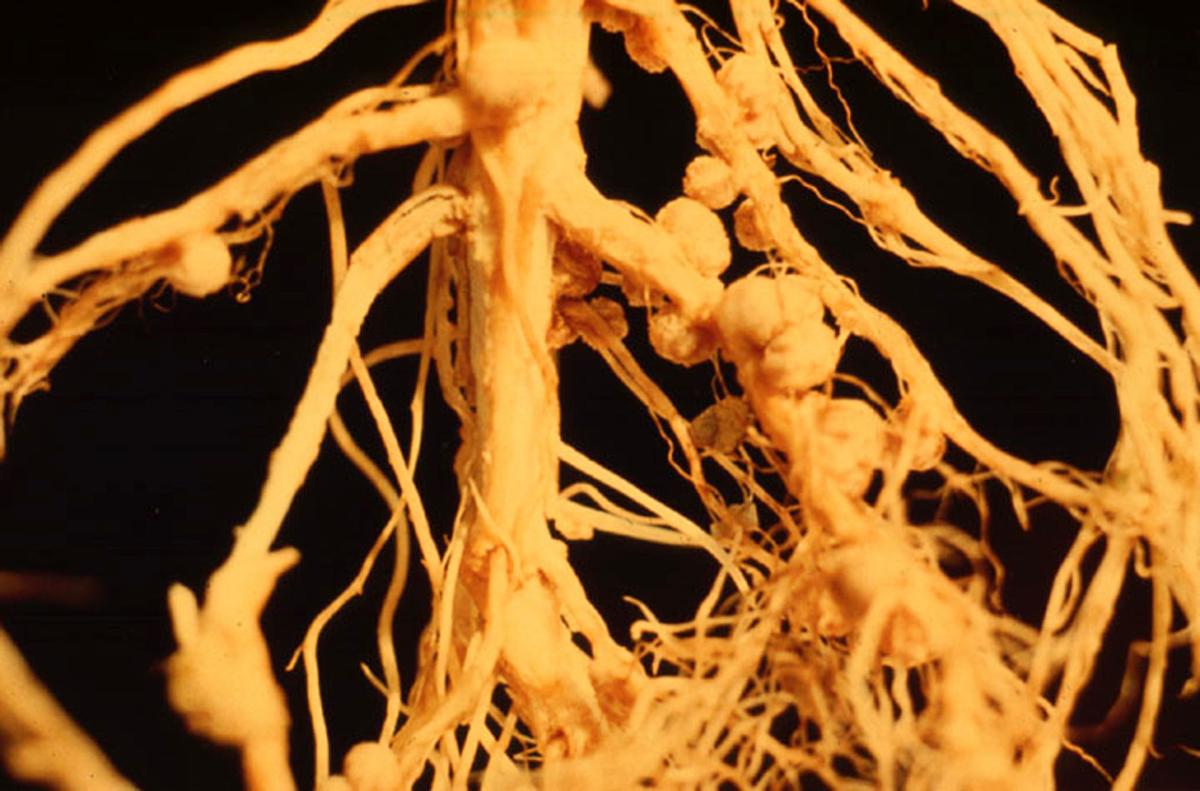 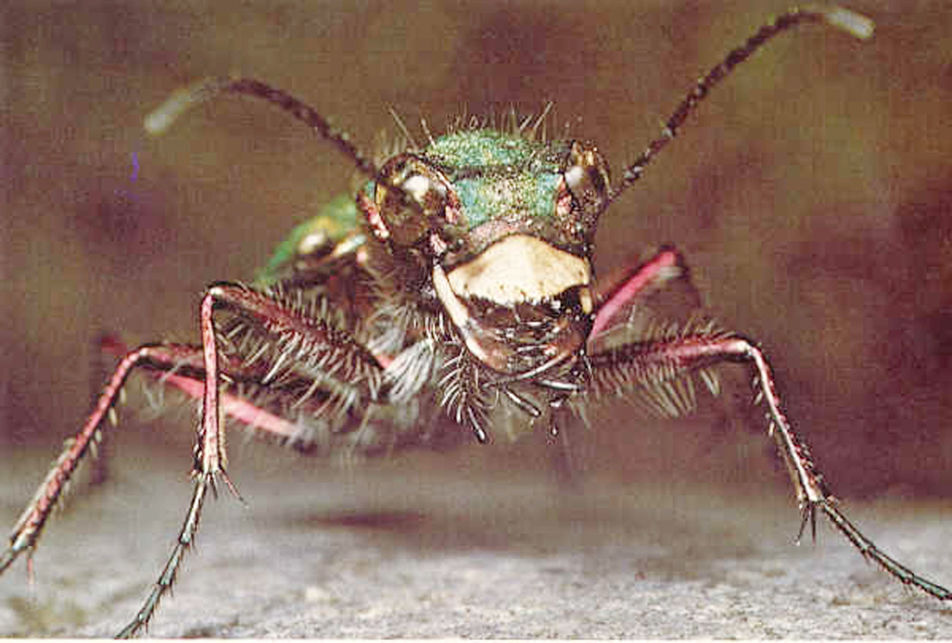 Tiger beetles are very fast and chase down other insects for food. 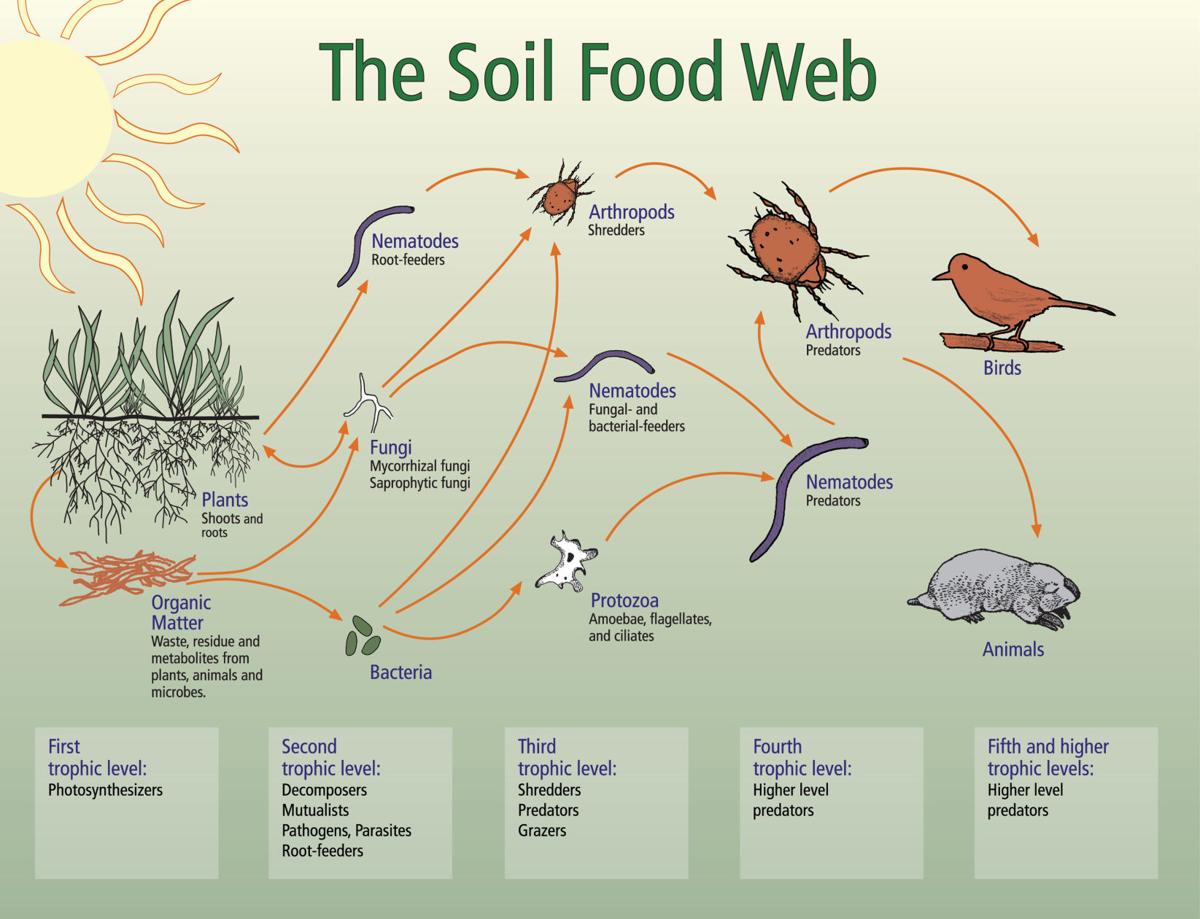 Tiger beetles are very fast and chase down other insects for food.

It is now understood by science that much of the soil management practices is to encourage the diversity and quantity of bacteria and fungi. For example, cover crops may consist of several different species of plants in order to present a more healthy diet for the bacteria and fungi.

When soil has a high population of healthy microflora, it is less likely that pathogenic agents can get established and become damaging to a crop.

This represents the difference between soil building and soil mining. When soil is not maintained, the organic matter as humus decreases and soils become more susceptible to erosion and compaction.

A crop grown in this kind of soil will need more and more chemical fertilizer just to maintain a yield. As time goes on, the soil quality will deteriorate and result in soil mining.

In contrast, soil in which organic matter is maintained by incorporating crop residues and using cover crops will maintain its fertility level because the cover crop will incorporate nutrients that would otherwise be leeched from the soil and wasted. Organic matter is one of the most important forms of nitrogen, but it must be managed to be available to a growing crop at the right time.

The bacteria populations will increase because of the ample organic matter. The soil nutrients that would otherwise be lost by leeching will be used by bacteria to make more bacteria. The nutrients will be held in reserve until the bacteria die, and then it becomes available to a new crop.

This is how fertility levels can be maintained without having to add huge amounts of fertilizer every year.

The zone of interaction between plant roots, bacteria, fungi and mineral particles is called the “rhizosphere.” It has been shown that fungal mycelium, called mycorhizae, extends between tree roots and helps them to share resources.

The living organic components of soil also include the plants as well as insects and animals. Soil is a complex terrestrial ecosystem.

The kind of plants and animals determines the kind of soil. The midwestern soils formed in grass prairies have abundant organic matter from grass roots. In contrast, desert soils usually have low organic matter due to sparse plant growth.

Soil formed in hot, humid environments generally has low organic matter because even though biomass production is high, the rate of decomposition is also very high.

Hardwood and coniferous forests are usually quite different because of the nature of the product of plant decomposition and the bacteria and fungi that eat it.

— Bruce Lindsay is a Washington State University/Skagit County Master Gardener. Questions may be submitted to the WSU Extension Office, 11768 Westar Lane, Suite A, Burlington, WA 98233. 360-428-4270 or skagit.wsu.edu/MG. Consider becoming a master gardener. If you are interested, please contact the previous website.