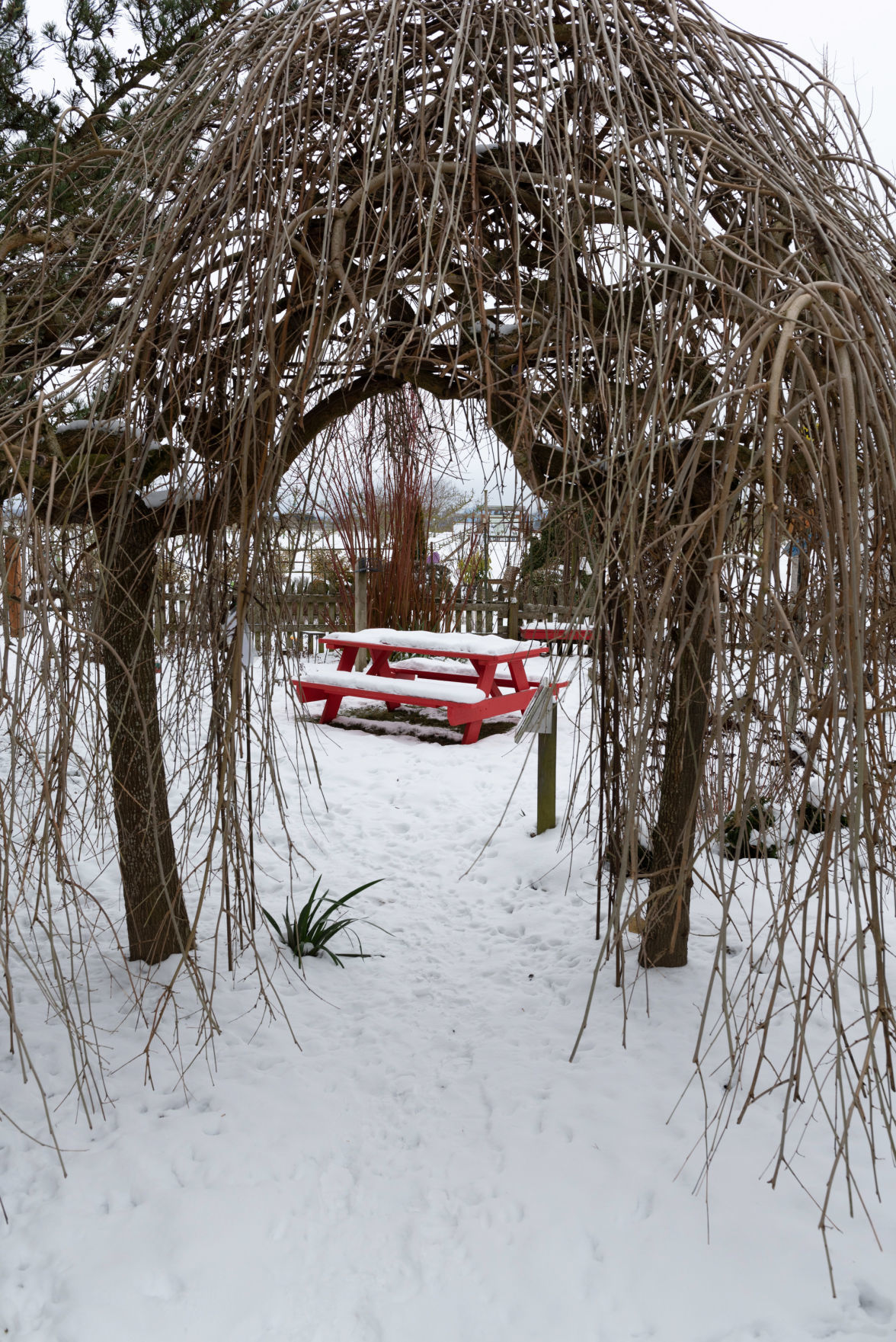 Snow can be a gardener’s ally when it insulates the soil from freeze and thaw cycles. 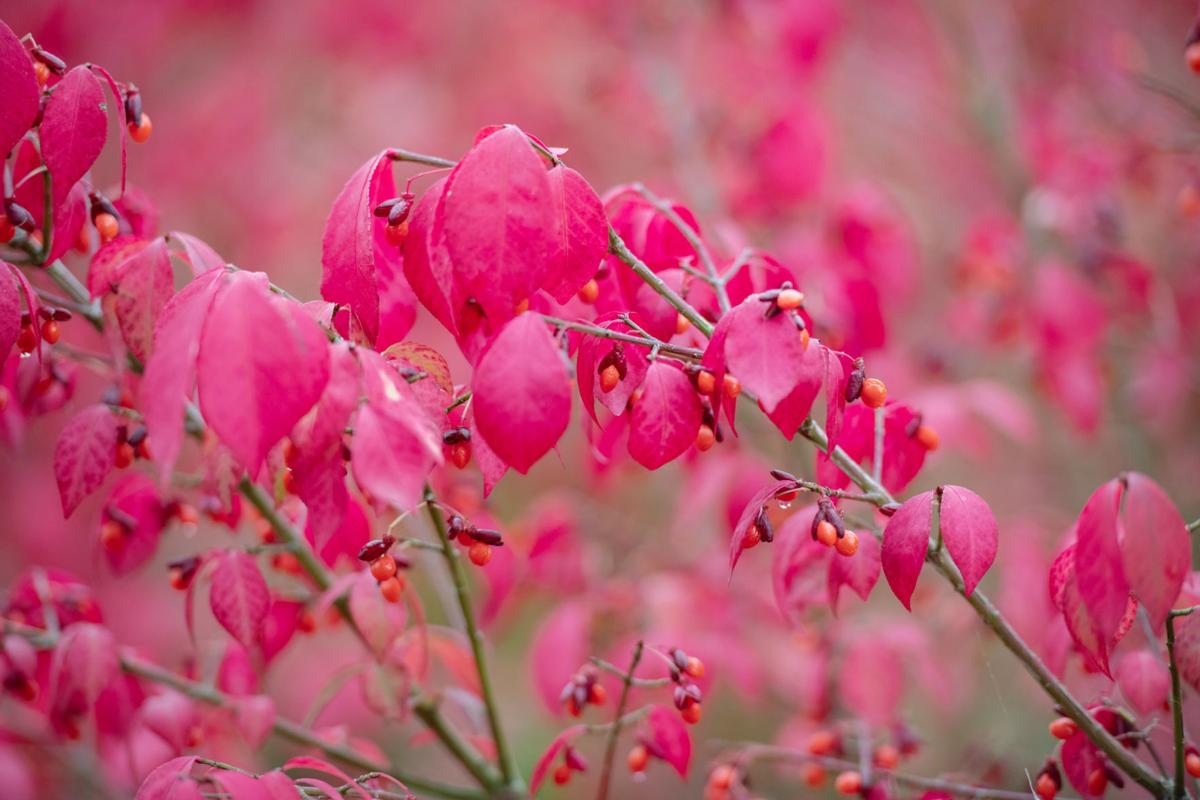 The vivid red fall color indicates that chlorophyll has left the leaf and acclimation to winter is underway. 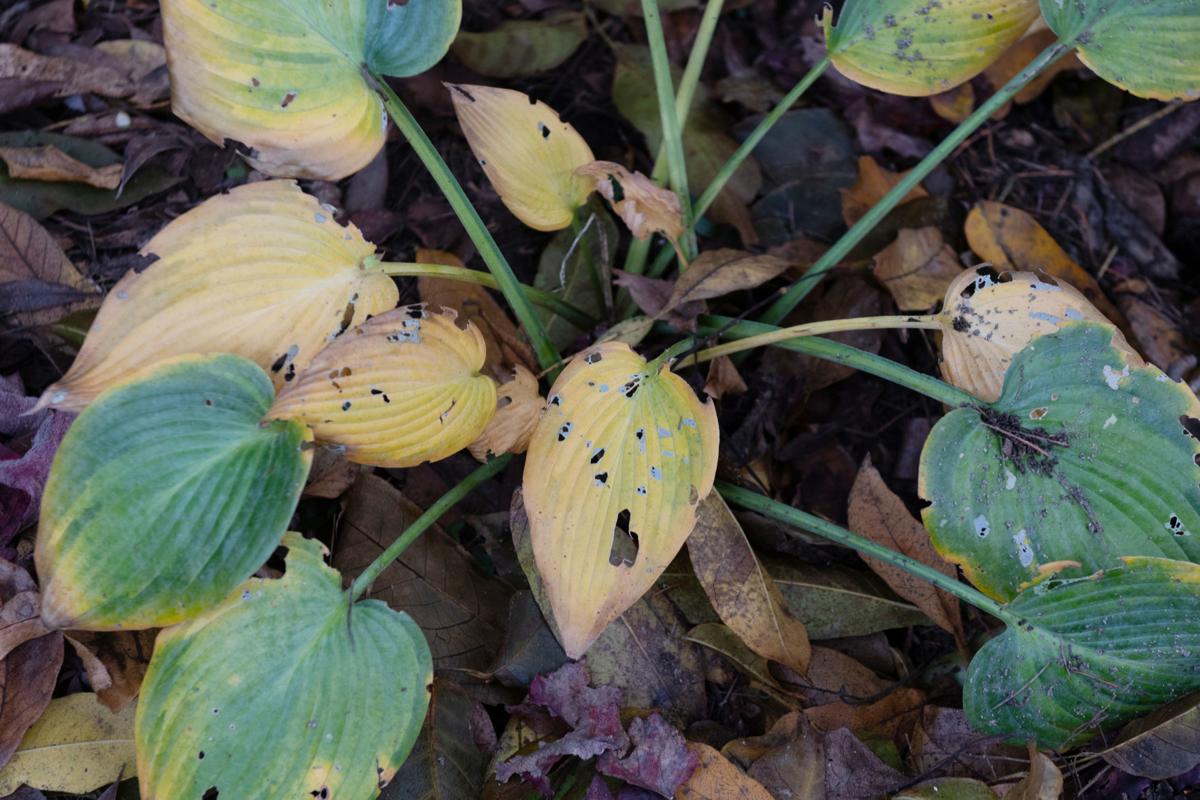 Hosta rhizomes require four to 10 weeks of temperatures between 35-40 degrees F. to grow well during the following season. 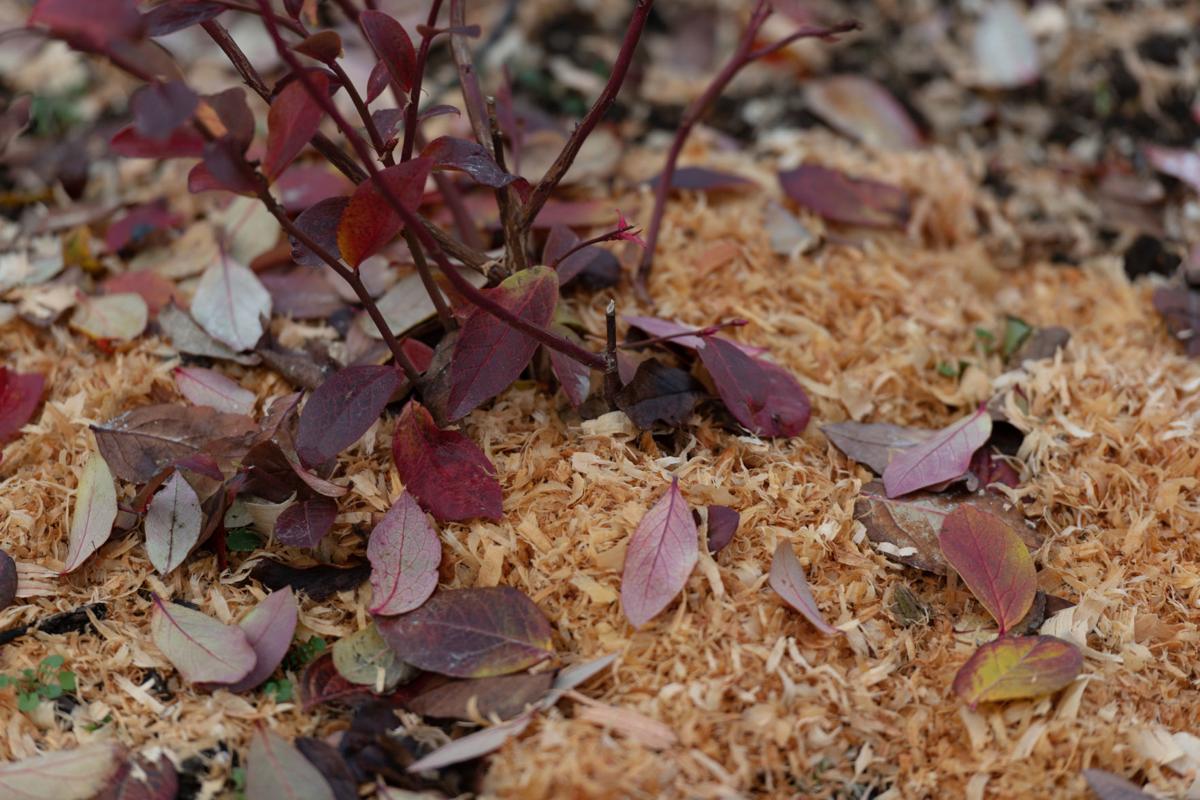 Mulch or compost can add an extra layer of protection in winter months.

Snow can be a gardener’s ally when it insulates the soil from freeze and thaw cycles.

The vivid red fall color indicates that chlorophyll has left the leaf and acclimation to winter is underway.

Hosta rhizomes require four to 10 weeks of temperatures between 35-40 degrees F. to grow well during the following season.

Mulch or compost can add an extra layer of protection in winter months.

Even as we gardeners were doing fall clean-up and preparing the yard for the winter months, our plants were transforming themselves for the dark and cold days ahead.

The maritime climate of the Pacific Northwest lends itself to milder winters than many parts of the country, but we can be subject to quick cold snaps, unusual temperature fluctuations and freezing rain and snow.

Let’s see what is happening in our plants to acclimate to the winter months and how we can reduce damage in our gardens with proper choices.

After a summer of growth and maturing, plants begin to turn their energies to food storage and dormancy.

Annual plants have only one season to bloom and shed seedlings for next year’s sprouting. It’s the seeds of annual plants that survive through winter and germinate and grow the following spring.

Perennials, including both herbaceous plants and trees and shrubs, have lifespans of over two years and must prepare to manage the new conditions in winter.

During the growing season, perennials are photosynthesizing sunlight to make food for growth. Excess sugars made during this time are stored as starches in the plant and used to maintain it during dormancy and as a food source for new buds and leaves come spring.

For most plants, growth slows as the days shorten (the nights lengthen) and temperatures turn colder, triggering the development of cold hardiness.

Some scientists believe that the day length, which is stable from year to year, triggers the first stage of dormancy and that cold triggers a deeper dormancy stage at midwinter.

These signals result in a slowing of photosynthesis and respiration. Plant enzymes work poorly in these conditions, and growth stops.

Once the foliage and chlorophyll are lost, plants store carbohydrates and nutrients in their underground roots.

Since freezing water can burst cells, some water evaporates from cells during acclimation. As individual plant cells accumulate sugars, salts and other substances, the compounds created within the cells decrease their freezing point, similar to antifreeze.

Herbaceous plants will die off above ground once their soft, fleshy stems and leaves become damaged by frost or cold.

The roots and bulbs below ground become dormant and are protected by the relative warmth and steadier temperature of the soil.

A thick layer of mulch and/or snow cover can add further protection. Rhizomes, tubers, bulbs and roots of the herbaceous plants help store food energy to sustain overwintering and allow for new budding in the spring.

But why do some winters, while not necessarily colder, cause more plant damage than others and may not affect each garden location in the same way?

Let’s look at some factors that might come into play. If a severe cold period occurs, the length of the period, as well as the time of year it occurs, needs to be considered.

Should a hard freeze come before a plant is well dormant, either in the fall or as it comes into spring growth, damage can be more devastating.

The depth to which soil freezes is also a factor. Drying winds, bright sunny days with frozen soil, low humidity and snow cover can also have consequences.

The site of your yard must also be considered. If you live closer to a large body of water, chances are you will have milder temperatures.

The higher your elevation, the colder and harsher conditions become. Solid fences, hedges or barriers can trap cold air, as can low lying areas. Your soil conditions, soil type and mulches will also make a difference.

The type and condition of plants in the area are important, too. Native plants are generally more hardy than exotic species.

Ultimate midwinter hardiness is genetically controlled and is extremely variable among plant species and even in plants of the same species.

A newly planted shrub or tree will have a more difficult time surviving winter’s wrath than an established one. Allow your new plant the time to grow a good root base prior to the onset of winter. Water regularly, but don’t overwater.

If a plant is already stressed from insects, drought, fertilizer burn or physical damage, it will be weaker than a healthy plant of the same species and subject to more damage.

Container plantings are surrounded by cold air on all sides, so they should be placed in a protected area like an unheated greenhouse or garage or tucked in the corner of an outside wall and covered with burlap or leaves.

Plants in raised beds will benefit from a good layer of mulch or leaf cuttings for insulation, which will later break down into compost.

Don’t apply nitrogen fertilizer in August or early September to trees or shrubs as it can stimulate late summer growth. This new flush of growth makes the plant have a difficult time going dormant and the late growth is more vulnerable to early freeze.

Herbaceous plants, on the other hand, could use some late fall fertilizer to stimulate vigor and storage of more food in the tubers, bulbs and rhizomes.

Is your yard home to rabbits, mice or voles? You may want to prevent them from gnawing on trees and shrubs by keeping mulch away from the base of the trunks and placing a guard, such as galvanized screen or mesh around the trunk and secured with wire, to deter rodents from munching.

Perhaps we can learn from plants and see our own dark days of winter as a time to go a little dormant ourselves; to rest, restore our energies and plan for the gardening season ahead.

— Kathy Wolfe is a Washington State University/Skagit County Master Gardener. Questions may be submitted to the WSU Extension Office, 11768 Westar Lane, Suite A, Burlington, WA 98233. 360-428-4270 or skagit.wsu.edu/MG. Consider becoming a master gardener. If you are interested, please contact the previous website.