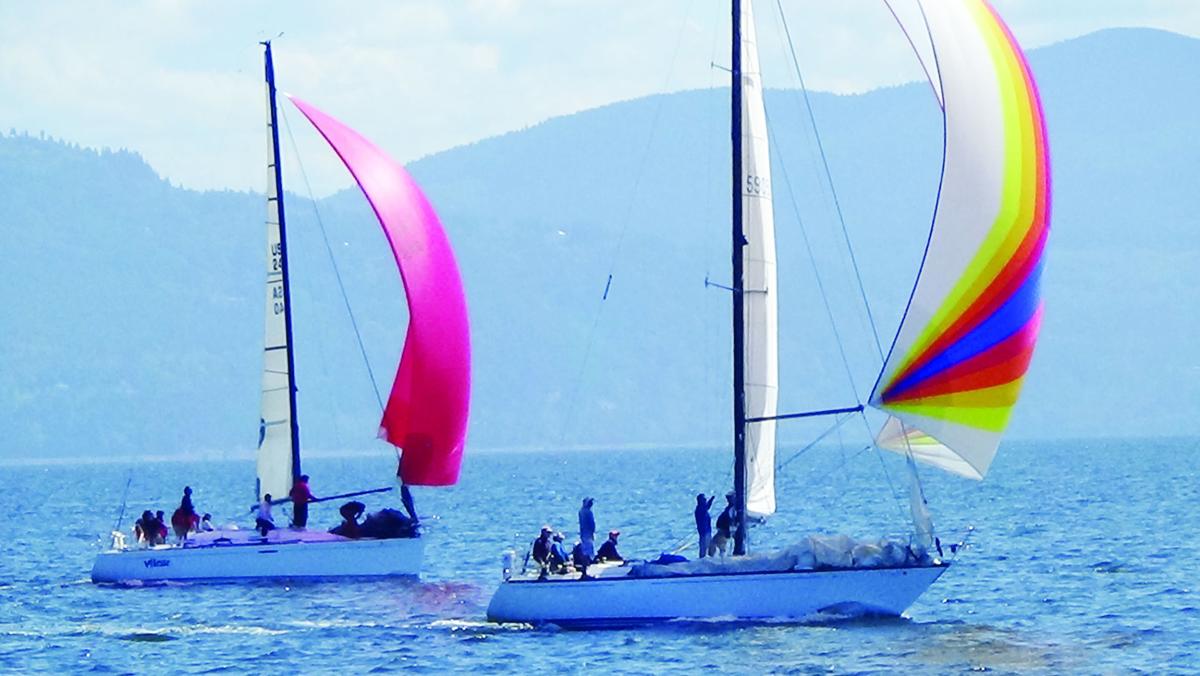 Vitesse (left) and Pangaea go head-to-head in the Big Boat Fleet at the Windermere Regatta. Vitesse took the title. 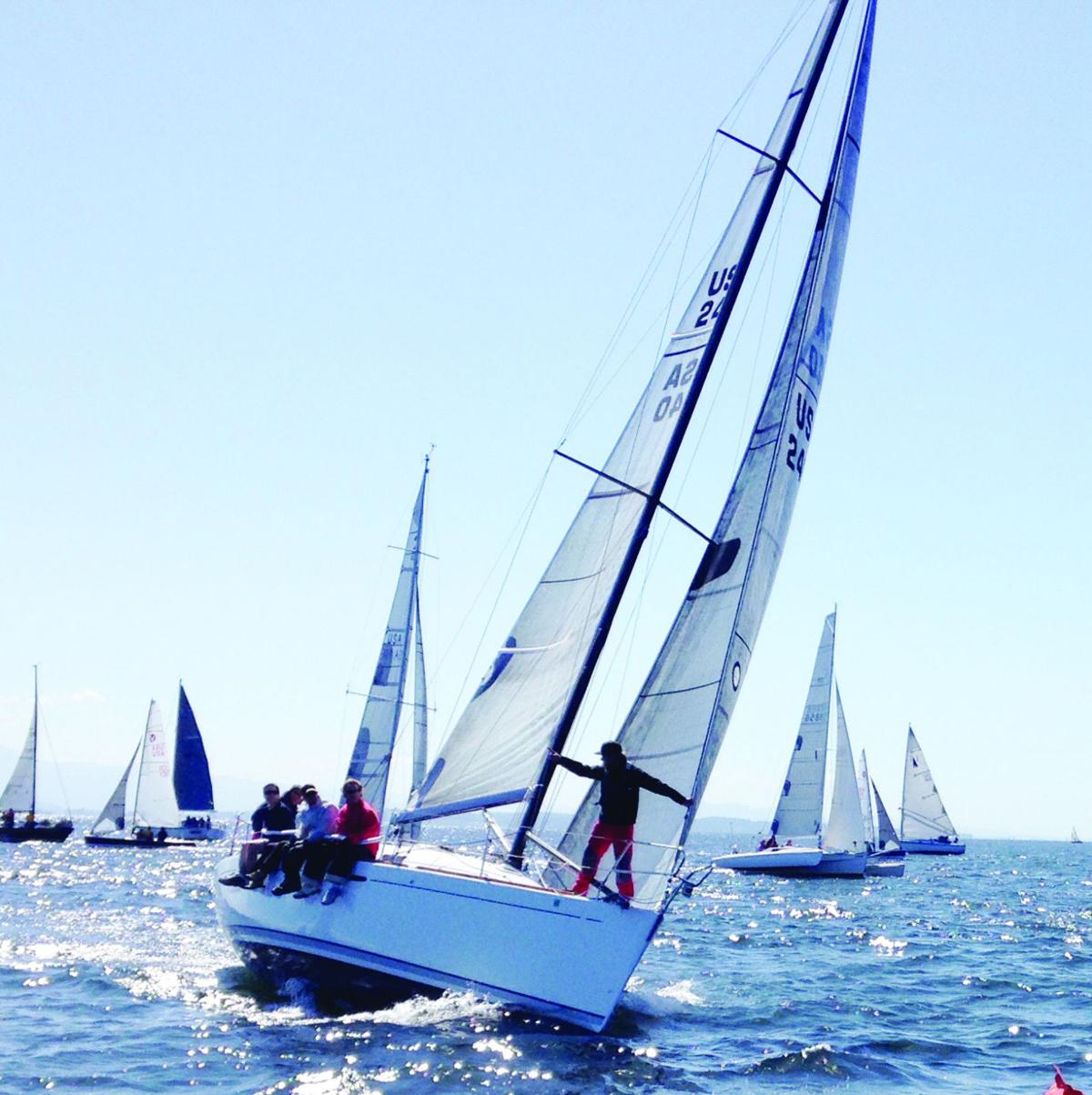 The crew of Vitasse take the boat through its paces. 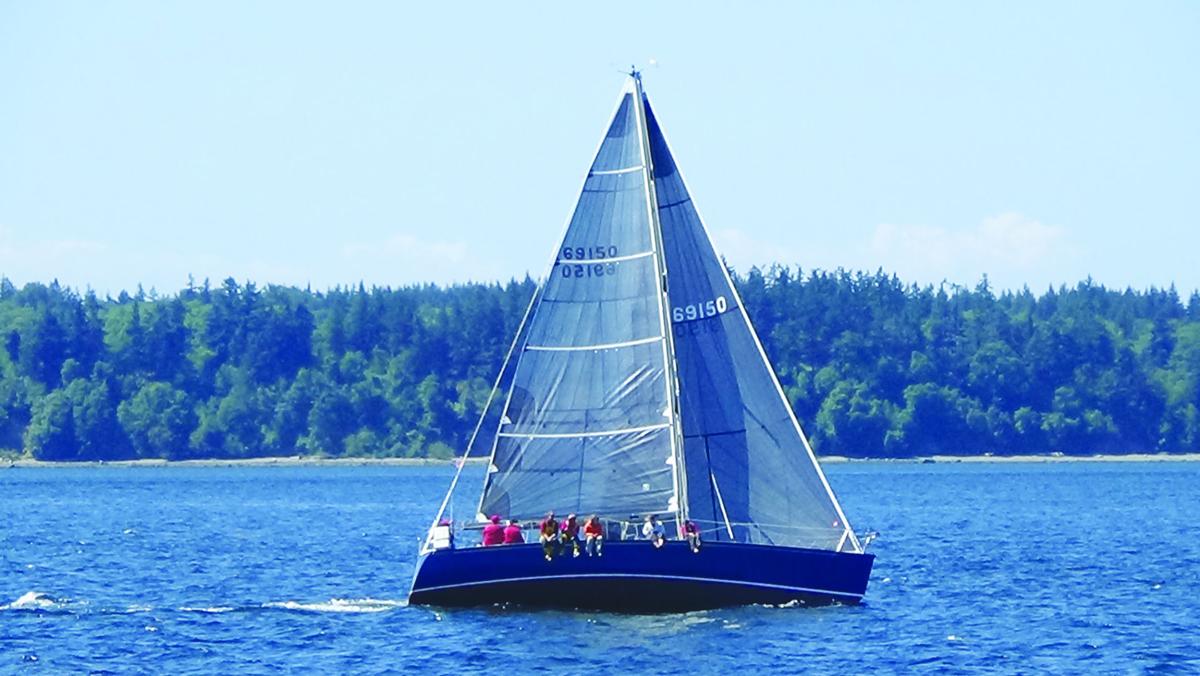 Vitesse (left) and Pangaea go head-to-head in the Big Boat Fleet at the Windermere Regatta. Vitesse took the title.

The crew of Vitasse take the boat through its paces.

The invitational event brought in boats from Olympia to Vancouver, B.C., for six races over the two days.

A stiff breeze made for lots of drama.

Team Emoyeni from Anacortes placed second in its fleet, with Econo Juan from Oak Harbor dominating for the win and Syndicat rounding out the podium in third.

Kyle Roethle who co-skippers Emoyeni, a 1981 Islander Bahama 30, with his father Chris, said “Lots of fun, lots of bruises. Everyone worn out but it was excellent racing!”

In the Big Boat Fleet, Vitesse from Bellingham, skippered by Dave Steffan, nudged Gray Hawken’s Teddy Bear from the number one slot, reversing the order after the first day of racing.

Madenwald, said “Sunshine, great wind and wonderful sailing – what more could anyone want?”

Local favorite Garrett Johns sailed his boat Kaa to victory in the closely contested One Design Fleet of Vipers.

Orsini said “The Anacortes Yacht Club did it again. Great camaraderie and a wonderful effort from all the volunteers, on and off the water.”