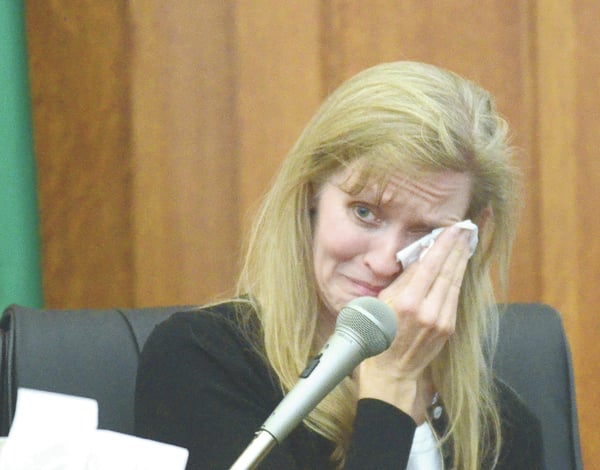 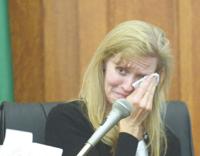 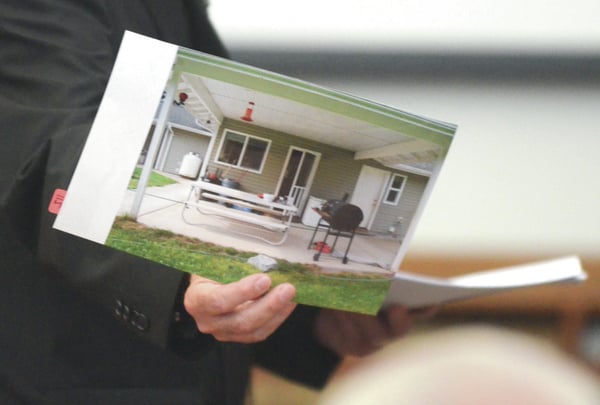 MOUNT VERNON — Carri Williams testified Wednesday her husband was an active and willing participant in the discipline of their children, contradicting some of his testimony that he disagreed with or had no part in certain aspects of it.

She also said she told her children not to talk to authorities about spankings she and her husband gave with switches, a glue stick and a belt when sheriff’s deputies and social workers interviewed them after their adopted sister died in May 2011.

The parents agreed on the house rules, the punishments and the instruments used for discipline, Carri Williams said. She later testified some of those punishments were mistakes.

Leading up to Hana’s death, the girl had been sleeping in a closet, but Carri Williams told her children to tell investigators Hana slept in the bedroom the girls shared, she said.

Several of the Williams’ seven biological children have testified that lying was considered one of the most serious offenses in the household. Carri Williams said Wednesday she knew she was telling her children to lie and that it was wrong to lock Hana in the closet.

If Hana disobeyed or displayed what Carri Williams called “oppositionality,” she was spanked with a piece of plastic plumbing pipe the family called a switch. For hygiene problems, Hana showered outside with a hose and used a portable toilet in the back yard. For disobeying mealtime rules, she was fed frozen food or wet sandwiches and sent outside to eat. For sneaking food at night, she was sent to sleep in a barn, a locked shower room or the locked closet.

Neither parent thought any of these punishments would lead to the girl’s death, they each said Wednesday.

The outdoor shower and toilet were supposed to be temporary, Carri Williams said. Frozen food was microwaved or thawed for about half an hour before being served, she said. Hana always had bedding or a sleeping bag wherever she slept, she said.

Still, some of their discipline choices were mistakes, she said.

Larry Williams testified Tuesday he doubted some of his wife’s methods but participated because she had done a good job raising their other children.

Carri Williams said her husband played an equal role in carrying out discipline tactics and even came up with a few of his own, including hosing off their adopted son or having him sleep in a locked shower room when he wet the bed.

She refuted his testimony that he had nothing to do with Hana showering outside, saying he was the one who installed the pole they draped the hose over. When she suggested Hana sleep in a closet, Larry Williams put the lock on the closet door, Carri Williams said.

Carri Williams wiped her eyes, sniffed and at times paused to cover her red face with her hands as one of her lawyers, Wes Richards, had her tell the story of the night her daughter died.

About 5 p.m., it started drizzling. A few hours later, still outside, Hana started “throwing herself down” on the gravel, pavement and grass behind the house, bloodying her hands and knees, she said.

“I decided I couldn’t watch it anymore, so I went inside,” she said, later noting she thought the girl was falling on purpose because she’d seen her do that before.

Hana wouldn’t come in for dinner, so Carri Williams sent three of her sons at various points to give her “swats on her bottom” and tell her to exercise to keep warm, she said.

Carri Williams took food outside to Hana, but the girl would just put food on her fork and bring it to her mouth without eating it, she said.

She eventually tried to carry Hana inside herself but couldn’t because the girl went limp in her arms, she said. She asked her oldest son to help, but when they came out, Hana had undressed — a sign of hypothermia that Carri Williams said she didn’t recognize.

“Because modesty is important in our family, I told him to go in the house, to forget it,” she said. She brought Hana dry clothes, and she and her oldest daughter checked on her every five to 10 minutes.

About midnight, the then-12-year-old Williams sister saw Hana face-down in the yard, naked and unmoving. Carri Williams said she covered Hana with a sheet, had her sons help carry the girl inside, checked Hana’s pulse, called Larry Williams and then called 911.

CPR, paramedics and doctors at Skagit Valley Hospital could not revive the girl.

“I wish I would have known she was in distress because then I would have acted sooner, and I believe Hana would still be here,” Carri Williams said. “I wish that I could trade places with her and be in the ground instead of her. I’ve gone to her grave and told her that I was sorry, that I didn’t know.”

Carri Williams’ father, George Miller, spent his career in law enforcement and testified Wednesday that if he had seen anything that made him concerned for the children, he would have reported it.

Carri Williams, her sister and her mother also testified that Carri’s adopted son was violent, hitting and kicking his siblings since the first week in his new home. When this happened, the parents would correct the deaf boy in sign language, which he was learning for the first time in the Williams home, they said.

They did not start spanking the boy until they thought he could understand the rules, Larry Williams said.

Carri Williams’ sister, Carol Miller, and mother, Charlotte Miller, also said they saw what looked like old scars on the boy’s back when they met him about a week after he was adopted.

Charlotte Miller said the adopted boy was affectionate with Larry and Carri Williams.

“I’ve seen a lot of kids that are afraid of their parents, and he was not afraid,” she said.

First thing Wednesday morning, defense attorney Wes Richards moved for a mistrial because prosecutor Rich Weyrich had given gifts and clothes to a man believed to be Hana’s biological cousin after he testified.

Judge Susan Cook denied the motion. On Monday she struck the man’s testimony from the record and told the jury to disregard it. On Wednesday she stuck by that decision, saying it was remedy enough for Weyrich’s conduct.

Visit Twitter.com/#Williamstrial for live updates from the courtroom.