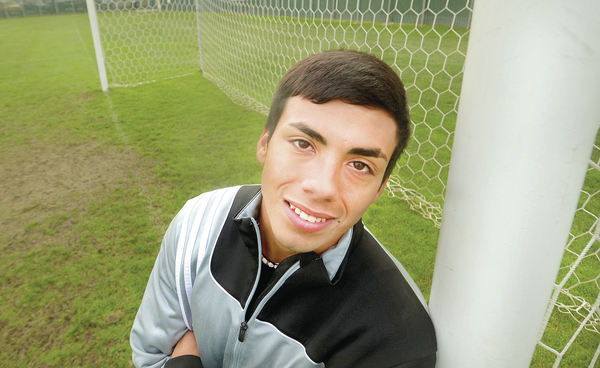 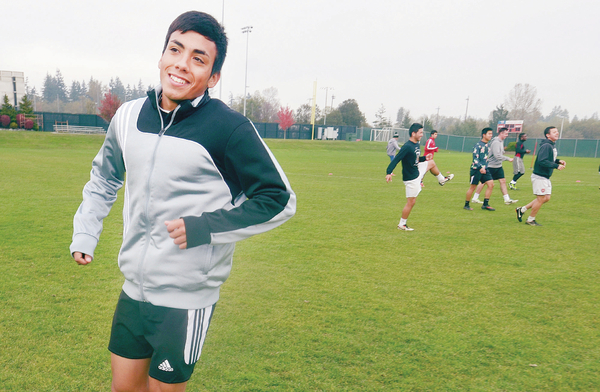 The Skagit Valley College Cardinals are happy he didn’t.

After a high-scoring prep career that earned him Class 1A state player of the year honors at Chelan High School, Galvan said he was offered a scholarship by Seattle University and had contact with the University of Washington.

While he was eager to play NCAA Division I soccer, he was wary of red-shirting as he finished up core credits.

He decided to play for Skagit Valley instead, knowing he’d get playing time and could eventually transfer to a D-I school.

Galvan has starred for the Cardinals, helping them earn their first postseason berth in eight years.

“He’s an incredibly humble young man, but has a fire and zest for the game I haven’t seen in a long time. He can change a game in a heartbeat,” Cardinals coach Darren Bell said.

Galvan has nine goals and eight assists, a tally that includes his one goal and two assists in Skagit Valley’s 3-1 upending of division-leading Edmonds on Saturday.

The Cardinals have clinched a playoff berth and are still in the running to win the division.

Galvan helped Chelan to Class 1A state championship games in 2012, when it lost to Overlake in a shootout, and in 2013, when it beat Seattle Christian.

He was the state player of the year last spring after the championship run.

Bell said he knew Galvan had speed, ball skills and a knack for putting the ball in the net.

He said he’s learned about his work ethic, too.

“We came back from a road trip and he asked right away when he could get in the weight room,” Bell said.

Galvan has joined an international-flavored team that includes players from England and Africa as well as some local products.

Now that Galvan and the Cardinals have earned a playoff berth they will shift their focus to staying in the postseason a while.

Bell said the team is capable of accomplishing more.

“They’re offensive-minded and like to score goals,” Bell said. “I never know what exciting thing they’re going to do next.”