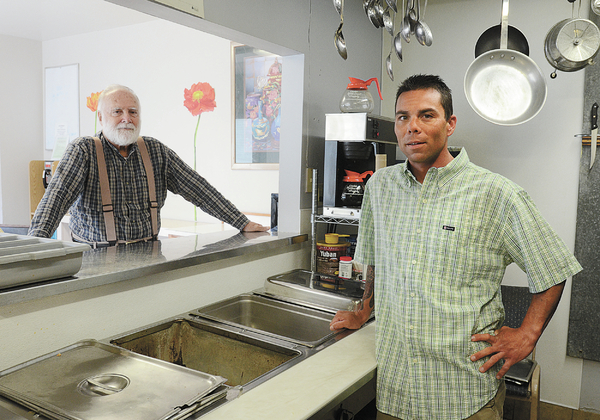 Jeremy Johnston (foreground) and William Rolfs are living at the men's house at Friendship House. Skagit County hopes to eliminate homelessness. Places like Friendship House give people a chance to get off the streets and get their bearings. 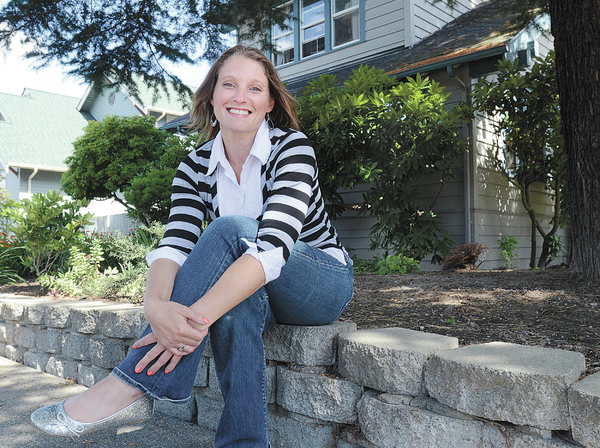 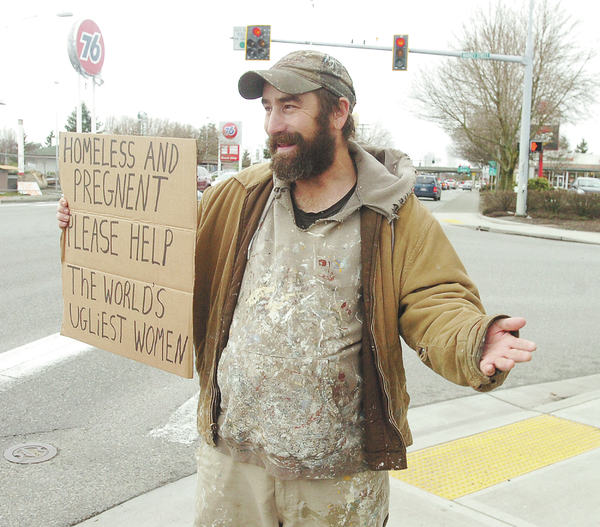 Out-of-work painters try to raise some money so they can fix their broken down van March 16 at the corner of College Way and Market Street. Scott Terrell / Skagit Valley Herald 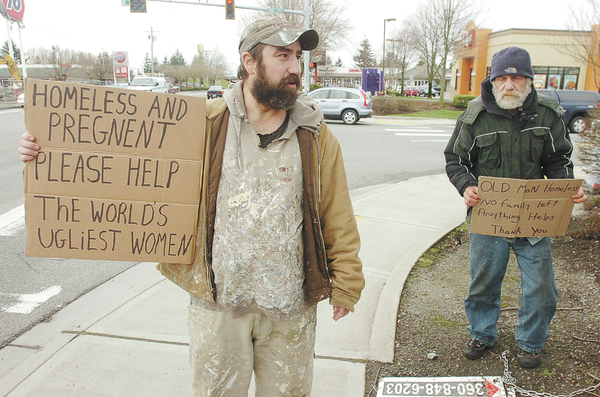 Out of work painters try to raise some money so they can fix their broken down van Wednesday, March 16, at the corner of College Way and Market Street. Scott Terrell / Skagit Valley Herald 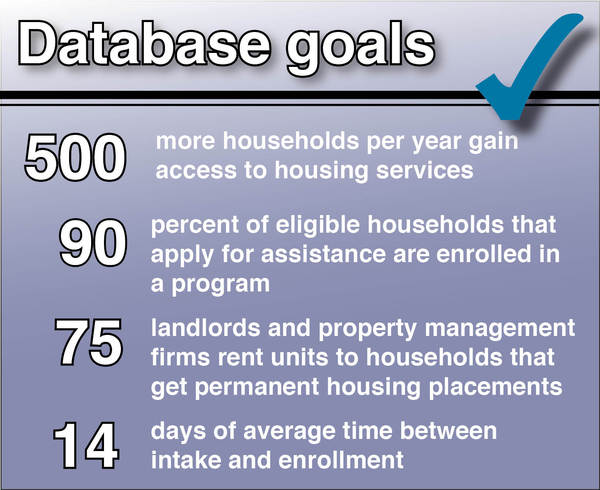 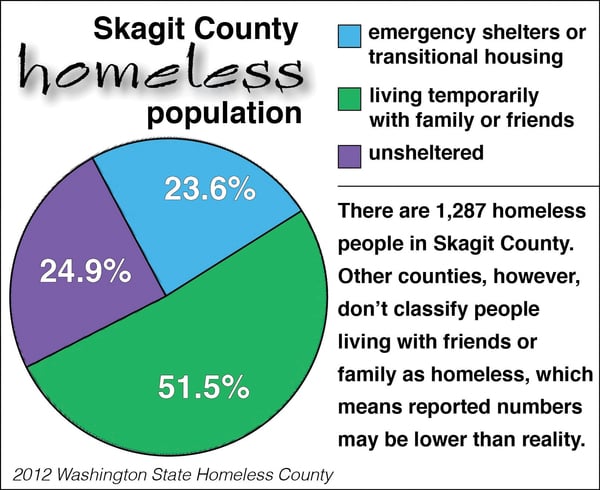 Jeremy Johnston (foreground) and William Rolfs are living at the men's house at Friendship House. Skagit County hopes to eliminate homelessness. Places like Friendship House give people a chance to get off the streets and get their bearings.

Out-of-work painters try to raise some money so they can fix their broken down van March 16 at the corner of College Way and Market Street. Scott Terrell / Skagit Valley Herald

Out of work painters try to raise some money so they can fix their broken down van Wednesday, March 16, at the corner of College Way and Market Street. Scott Terrell / Skagit Valley Herald

When Jeremy Johnston returned from his third deployment as a first sergeant in the U.S. Army, he found his house empty. His wife of 16 years and their four children had moved out, a neighbor told him.

That was nine months, 3,000 miles, five lawyers and a life savings ago.

Last week, Johnston arrived at Friendship House in Mount Vernon with $6 in his pocket. He still had not found his children, and he could no longer afford to stay in hotels while looking for them.

Johnston had sold his house and two cars to finance the search.

“It wasn’t a home without a family there,” he said.

Now out of options, Johnston is looking for a job in Mount Vernon. Friendship House has given him a place to stay and a support system. The shelter is one of a range of services in Skagit County for homeless people, each of whom has different needs and a different story.

Despite ranking 11th in the state in population, Skagit County has the seventh-highest homeless population, not counting people temporarily living with family or friends. Skagit does count people in that situation, but not every county does, making it difficult to get a meaningful statewide total.

About 1,290 people in Skagit County are homeless, according to the Washington State Homeless Count, conducted in February. About a quarter of those are unsheltered.

Almost half are children under 18. And about one in 10 are senior citizens.

Bill Rolfs, 81, has lived at Friendship House for a week. He had been camping in California, but health problems brought him back to Skagit County, where he’d lived with his wife of almost 34 years before she died.

“I loved my sweetie pie,” he said. “My whole life changed (after her death).”

He stayed with a friend in Burlington for a while, and once he’d worn out his welcome, he moved to Friendship House.

“Now, instead of out in the weather camping, I have warmth and a roof,” said Rolfs, who called Friendship House “a healing place.”

Counting the homeless is not an exact science, said Melissa Self of Skagit County Community Action Agency.

“We can only count those that we can find and are willing to fill out the survey,” she said.

The state Legislature in 2005 required every county to have a plan to reduce homelessness by half in the next decade. Skagit County completed its plan that year.

Even though the counts no longer include people in jail, and a new database has cut down on duplicates, Skagit County is nowhere near the goal of halving its homeless numbers. That is due in part to the effects of the 2008 economic downturn on families, said Bill Henkel, executive director of Skagit County Community Action Agency.

“We’ve seen a whole new face of homelessness, compounding an issue that already existed,” he said.

The county’s numerous resources, which already worked together to serve the homeless population, lacked an overarching plan with specific strategies and ways to measure performance. So, earlier this year, 22 organizations convened to change that, using their expertise to add structure to a plan Hicks said had become outdated.

The group, called the Skagit County Homeless Coalition, assigned measurable goals to each of the plan’s nine strategies to make it easier to tell what was working. Those included not only reducing the number of homeless, but the amount of time they spend homeless, how many become homeless again and the public costs associated with it.

A coordinated plan isn’t a “magic bullet,” Henkel said, but a common vision of the way forward offers some hope.

The first thing the plan calls for is a central intake, assessment and referral process. All the housing and shelter providers in the county would share a central database, and people who need help could access various resources at a central location.

Streamlining the process should allow staff to refer people more quickly to the services they need and make it easier to allocate scarce resources, to identify gaps and to measure progress and performance.

An advisory committee composed of people from each participating agency will oversee it all. This group will report to the community every year on the progress of the plan’s nine strategies and update those strategies based on performance data and other factors.

“Though homelessness is about individual lives and a reflection of the health of our community, the story this type of data tells us will be a powerful tool in gaining more and more momentum in our effort to move from poverty to prosperity in Skagit County,” Henkel said.

But beyond being poor, the homeless population is not one type of people, and organizations that serve them are also not the same. In light of that, the new plan allows those groups to maintain some autonomy while working together to fill the gaps among them.

“It was important that the plan be inclusive and all-encompassing,” said Friendship House Executive Director Marie Marchand, a member of the group that authored the update. “…We don’t want a coordinated plan to turn into every agency being homogeneous.”

Marchand has worked at Friendship House for a year and a half, and already she has noticed how much various organizations are inter-connected. For example, when the YMCA’s Oasis Teen Shelter lost some funding, Friendship House’s community kitchen saw an increase in teenagers eating lunch there.

Another example: local groups, doctors and other providers gather once a year for Project Homeless Connect. The event offers health screenings, haircuts and other help all in one place for people who are homeless and might not otherwise have access to them.

“It’s meant to treat homeless individuals and families as guests with hospitality. And because of ease of access to an array of services, they say that in some cases a guest will get to as many resources as he or she could get to over a year, but in one day,” Henkel said. “Pretty cool.”

The plan sets out a goal of reaching 400 households a year with Project Homeless Connect. Last year, it served 700 people, and organizers expect at least that many at this year’s event on Sept. 6.

A need for housing

Meanwhile, the programs comprising the Homeless Coalition offer housing counseling to help with the search for a new home. They also plan to temporarily help some low-income families pay rent. The goals for this part are to help 225 families with rent and have at least 80 percent of them exit to permanent housing, at a total cost of $1,200 or less per family.

While affordable independent housing is the right option for some, others need something more. Permanent supportive housing is for people facing complex challenges such as the combination of homelessness, low income and persistent issues — mental illness, substance abuse or HIV/AIDS, for example.

Permanent supportive housing is cost-effective; investing in it reduces overall public costs, according to the plan.

“It costs less money to house someone in stable, supportive housing than it does to keep that person homeless and stuck in the revolving door of high-cost crisis care and emergency housing,” the plan states. “…Shelters work well for what they’re designed for — emergencies and short-term situations — not as long-term housing.”

Still, shelters serve an important purpose in saving taxpayer dollars, said Marchand said. Friendship House is a clean-and-sober facility with a primary goal of feeding people and getting them permanent housing, as well as jobs so they can keep that housing.

“If there weren’t shelters for people to go to, they’d be in the hospital, emergency room or jail,” she said. “Those things cost at least double the amount — it costs $17 a day to house and feed a person here.”

The new plan focuses on those at highest risk of becoming homeless, attempting to steer them toward low-cost interventions such as education on renting and financial literacy.

Households that get homelessness-prevention help should have similar demographics as those in shelters, the plan notes.

People in crisis, such as those fleeing domestic violence and/or sexual assault, are priorities for emergency shelter and transitional housing under the new plan.

Meanwhile, youths, seniors, veterans, domestic-violence survivors and other specific populations need more outreach, according to the plan. It directs programs to determine the amount and types of support each household needs and to train staff to keep them up-to-date on benefits and services.

Skagit County’s fund from this law brought in about $516,000 last year. Many of these surcharges were set to expire in 2013, cutting that revenue stream in half, but they were recently extended through 2017. This gives local programs a bit of “breathing room,” said Bob Hicks, operations manager for Skagit County Community Services.

About one-third of the money to implement the plan comes from this fund. The rest is a mix of municipal, county, state and federal money, bringing the total to $1.87 million.

However, the homeless services in Skagit County do not operate solely on government help. For example, most of Friendship House’s budget comes from private donors.

One of the plan’s goals is to find new opportunities for grant funding — ideally, at least 10 in the next five years. And as long as the homeless population here remains high, the organizations that serve them need any help they can get.

“Our facility has not been the right setup for what we are for years,” said Friendship House board member Tom Rose.

But the 46-bed shelter and community kitchen changes lives with what it has.

“Without Friendship House, I would have given up when my life savings was gone in Mount Vernon,” Jeremy Johnston said. “…Friendship House gave me hope.”