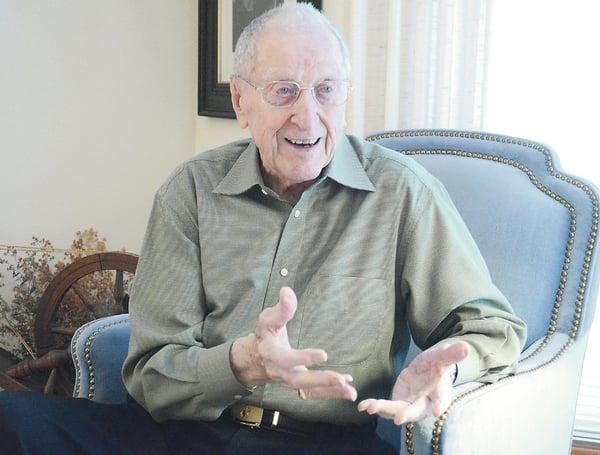 Mount Vernon resident Jerry Wachsmuth, 92, was a Marine on board the battleship USS Pennsylvania in Pearl Harbor the day the Japanese attacked, causing the United States to enter World War II. The Pennsylvania was hit but not destroyed in the attack on Dec. 7, 1941. Scott Terrell / Skagit Valley Herald 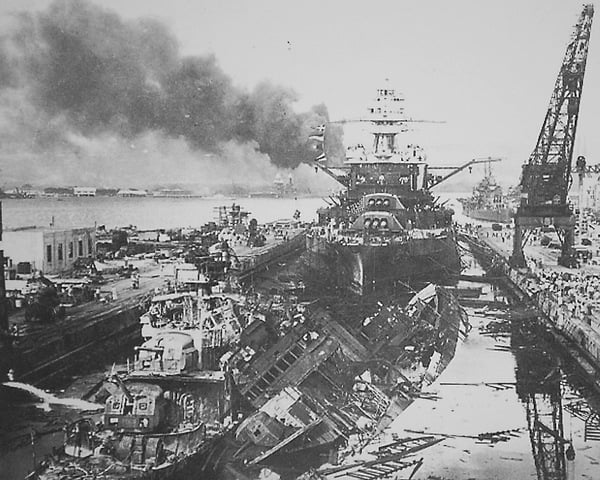 Mount Vernon resident Jerry Wachsmuth, 92, was a Marine on board the battleship USS Pennsylvania in Pearl Harbor the day the Japanese attacked, causing the United States to enter World War II. The Pennsylvania was hit but not destroyed in the attack on Dec. 7, 1941. Scott Terrell / Skagit Valley Herald

MOUNT VERNON — Mount Vernon resident Jerry Wachsmuth tries not to dwell on that December day in 1941 when the world changed, but there are some parts he just can’t forget.

Wachsmuth, now 92, was a young Marine on the USS Pennsylvania when the Japanese attacked Pearl Harbor on Dec. 7, 1941, leading the United States to enter World War II.

He was in the shower that Sunday morning when the noises and yells started filtering in through the portholes. Next thing he knew, general quarters (battle stations) was sounded. Wrapped in a towel, Wachsmuth left the shower room to see what was going on, when he saw a fellow shipmate running toward him.

The USS Pennsylvania was drydocked at the time, but that didn’t mean it was out of danger.

“I was looking for a safe place to be, and there wasn’t one,” Wachsmuth said.

Wachsmuth said he and some of his fellow Marines headed to the ship’s anti-aircraft guns, which is where he stayed during the attack. He said Japanese planes flew in low enough that he could see the features of some of the pilots.

More than 2,400 sailors, soldiers and civilians died during the attack, and more than 1,200 were wounded. Numerous ships, including the USS Arizona, the USS Oklahoma and the USS Pennsylvania, were destroyed or damaged. A day later, the U.S. declared war on Japan. Even at the time, Wachsmuth said, the men and women at Pearl Harbor understood the gravity of what had happened.

“It left an impact on all of us, I’m sure,” Wachsmuth said. “We were very aware what they had done to us.”

Today, Pearl Harbor Remembrance Day, flags are lowered to half-staff in memory of those who died that day, which will “forever live in infamy,” as President Franklin Roosevelt declared.

Even 72 years later, Wachsmuth said the lessons from Pearl Harbor remain important. They were complacent then, he said, and in order to honor those sacrifices, it’s something that can’t happen again.

“Keep America alert. Remember Pearl Harbor,” he said. “I think this is a significant motto today. It can happen.”

After the attack, the USS Pennsylvania was repaired and returned to service. In 1942, Wachsmuth was transferred to a combat unit in the South Pacific, where he saw action in Guadalcanal, Tarawa and Saipan. In 1945, after recovering from a multitude of illnesses he acquired in the Pacific Theatre, he was honorably discharged from the Marines.

“I don’t live it, but it’s not gone,” Wachsmuth said of the experience. “I’ve got today to think about.”