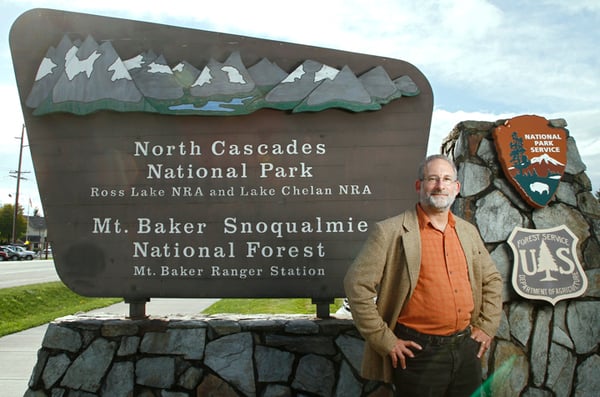 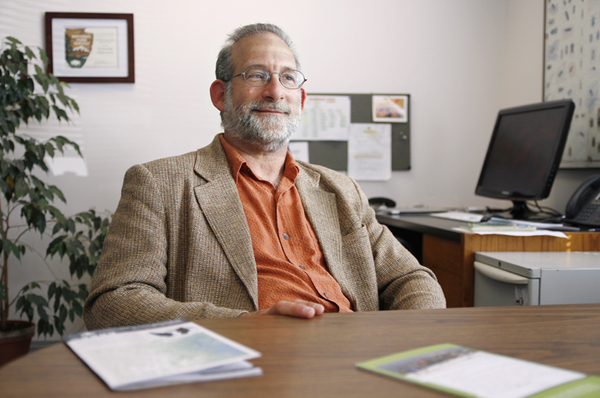 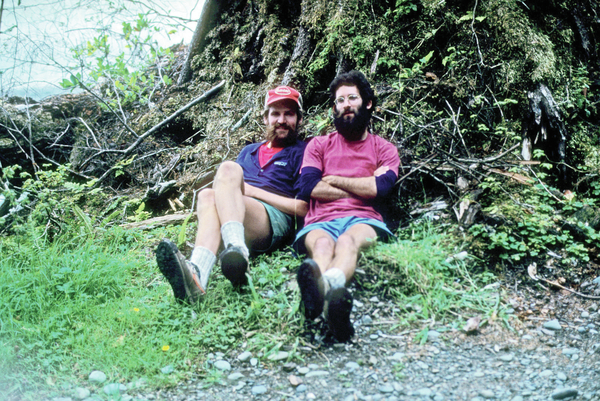 From a commercial fishing vessel trolling for salmon along the Washington and Oregon coasts in the summer of 1975, a 22-year-old from Ohio looked at the towering peaks of the North Cascades and was captivated.

“I fell in love with the place,” said Saul Weisberg, now 59.

He spent time climbing the Rockies before he discovered the Northwest, but when he came in off that fishing boat and later climbed in the Cascades for the first time, he knew he wanted to come back.

Through a series of jobs with the National Park Service in Marblemount and graduate school in Bellingham, he returned to the magical ecosystem stretching from the Salish Sea to the peaks of the North Cascades.

In pursuit of the dream to live and work in the North Cascades, sharing it with others through education and protecting it through conservation, Weisberg and Tom Fleishner co-founded the North Cascades Institute in 1986.

Now, 27 years after they printed the institute’s first catalog featuring 23 seminars, Weisberg serves as executive director. This year he received regional and national recognition for his leadership in environmental education and conservation.

What started as a tent-based program that reached an estimated 300 people with seminars on birds, butterflies and native plants, has blossomed into a wide-reaching, successful nonprofit venture Weisberg credits to partnerships with the U.S. Forest Service, National Park Service, Western Washington University, public schools, private donors and others.

Yet the initial goal remains the same – using the institute as an educational tool to inspire others to love and care for the natural world.

“I really enjoy changing to meet the needs of the people and the place, because it’s really different now,” Weisberg said. “Thirty years ago, climate change was not on anybody’s radar, but the landscape is changing because of that (and) we’re doing programs that address those issues.”

In 2012, the institute served 18,559 people from all walks of life through a two-year graduate program for a masters in environmental education, the multiday Mountain School for youths, single and multiday adult programs and more.

Although many programs are still tent-based, some take place at the Environmental Learning Center on Diablo Lake, which was built in partnership with Seattle City Light in 2005 and offers 92 beds for overnight stays. Course topics range from climate change to local wildlife, foraging for mushrooms and exploring the geology of formations like Mount Baker.

The institute offers fun, adventurous programs that are also rigorously academic, in hopes of encouraging more kids to pursue college and become active in their communities.

“I don’t care if they go out there and become park rangers, pediatricians,” Weisberg said. “But if we do our work well (as an education organization) we hope to see a better change.”

For example, “we’re not saying ‘coal trains are bad,’ we’re saying ‘there is a lot of information out there that could help you form an opinion and when you do we want you to act on it,’” he said.

Weisberg received the 10th annual Environmental Heroes Award on Sept. 5 from RE Sources for Sustainable Communities, a Bellingham-based organization whose mission is to encourage sustainability through education and conservation.

“He’s been a part of the community for quite awhile doing this kind of work,” RE Sources development director Ron Marks said. “We value that kind of conservation education work that he does.”

This is the first year Weisberg received recognition as an individual in the field. He said both awards with his “hometown” crowd and national peers were meaningful.

“It was a real honor to be chosen by them,” he said.

Weisberg, who occasionally teaches at Western Washington University, served on the board of the Association of Nature Center Administrators for six years. In his off time, he still goes outside as much as possible to canoe, paddle and hike.

Looking back, Weisberg said he and Fleishner, who now serves on the Advisory Council, just happened to be in the right place at the right time in the summer of 1986, the institute’s first year. The success of the endeavor exceeded their expectations.

“There was no one else doing this out here, this kind of in-depth educational work out in the field,” he said. “We had a terrific response that first year — it just took off.”

He said his family went camping every year when he was a kid, and he remembers seeing an oil- and debris-polluted Cuyahoga River in flames in Cleveland in 1969, and hearing that Lake Erie was “dead,” or could not support fish because of the pollutants flowing into the lake.

“Looking back it seems really significant,” he said of the experiences that shaped his interest in the environment and outdoors. “That time period led to the Clean Air and Clean Water acts. It was a rich time for social change.”

When he first dove into the idea of environmental education programs, however, he had no idea he would become a self-proclaimed “entrepreneur” spending most of his time behind a computer screen — and loving it.

“What I love about this work is being a social entrepreneur in this kind of setting because you really get to create a business … bringing all these people together to work on these projects that are really fun,” he said.