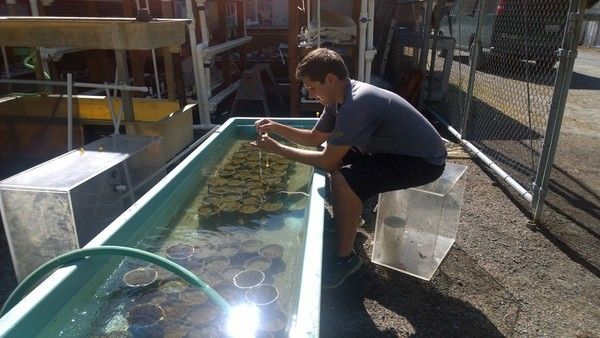 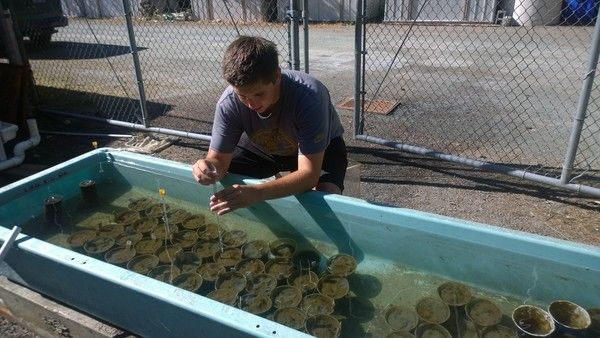 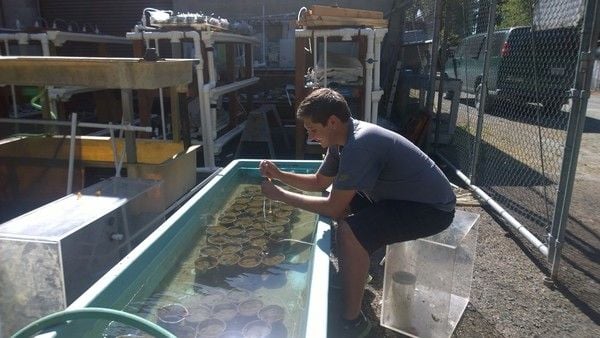 ANACORTES — What’s green, thin, slimy and sways in the water?

It’s eelgrass, an often unseen marine plant that is important for the environment and economy in the Puget Sound region.

The eelgrass in Puget Sound is sort of like a canary in a coal mine for the underwater world, serving as an indicator of marine health. It can affect many species that depend on it, from crabs to salmon.

“We want eelgrass to stay around because we know it’s such an important part of the ecosystem,” marine scientist Sylvia Yang said. “That’s why the Puget Sound Partnership cares about it.”

The partnership is a state agency formed to lead the region’s effort to protect the sound.

The agency has helped fund one of the latest local studies of the sea grass, a two-year research project Yang and Western Washington University environmental science professor David Shull are leading at the university’s Shannon Point Marine Center in Anacortes. Washington Sea Grant, a federal grant program managed through the University of Washington’s College of the Environment, is the primary sponsor.

“Eelgrass provides a number of important habitat functions for the nearshore environment, including acting like a nursery for forage fish like herring, … but we still need to learn what is controlling eelgrass health and growth,” Puget Sound Partnership spokeswoman Alicia Lawver said. “We hope this study will shed some light on water quality issues.”

Yang and Shull are working this summer with seven students — a mix of undergraduates and graduate students from WWU and other universities across the nation.

Collectively, the team and those who have contributed to the project since its start in February 2014 are hoping to find out how well Puget Sound eelgrass grows and reproduces in areas with different levels of sulfide, found in the mud around its roots.

The results could help direct eelgrass management in Puget Sound.

The Puget Sound Partnership has set the ambitious goal of adding 10,600 acres of eelgrass in Puget Sound by 2020.

So far, the agency has found eelgrass in Puget Sound has held relatively stable since 2000.

Knowing how much sulfide can harm eelgrass could help restoration and conservation groups use their resources efficiently.

“Knowing that money resources are limited, what are places where maybe if you leave it alone it’s OK and where it’s critical that you do something?” Yang said.

Another question the research team hopes to answer is how the effect of sulfide varies for the plant at different life stages.

Bacteria create sulfide when they feed on material that is decomposing under water, such as rotting wood or dead sea creatures.

The students working under Shull and Yang’s direction this summer are doing field work in Padilla Bay and lab work at Shannon Point.

Padilla Bay is an ideal field site because of its large expanse of eelgrass, which is being mapped through another research project lead by Padilla Bay National Estuarine Research Reserve staff and volunteers.

“We know it’s a place where eelgrass is already (abundant), and so we want to look at the biology of the plant there,” Yang said.

Laura Tripp, a student from Minnesota who is studying at Shannon Point through the Research Experience for Undergraduates program, is sampling the water in the mud for iron content.

The pair collected their first samples Wednesday from Padilla Bay.

They push a plastic device about the size of a DVD case into the sand vertically, allowing a gel material placed inside it to soak in the water without getting caught in the mud.

Because sulfide occurs in pockets, other students are collecting water directly from the mud at Padilla Bay.

A second sampling method involves using a straw-like plastic tube with holes the size of pin-pricks on one end and an opening for a syringe on the other. It’s called sipping.

It’s a complex process that ensures water is pulled from the mud without allowing contact with oxygen, which can change the sulfide into other compounds, said WWU biology student Mike Adamczyk.

The research team said comparing results from the two methods will paint a clearer picture of how much sulfide is in the area.

“We’re trying to learn as much as we can with all the different methods,” Yang said.