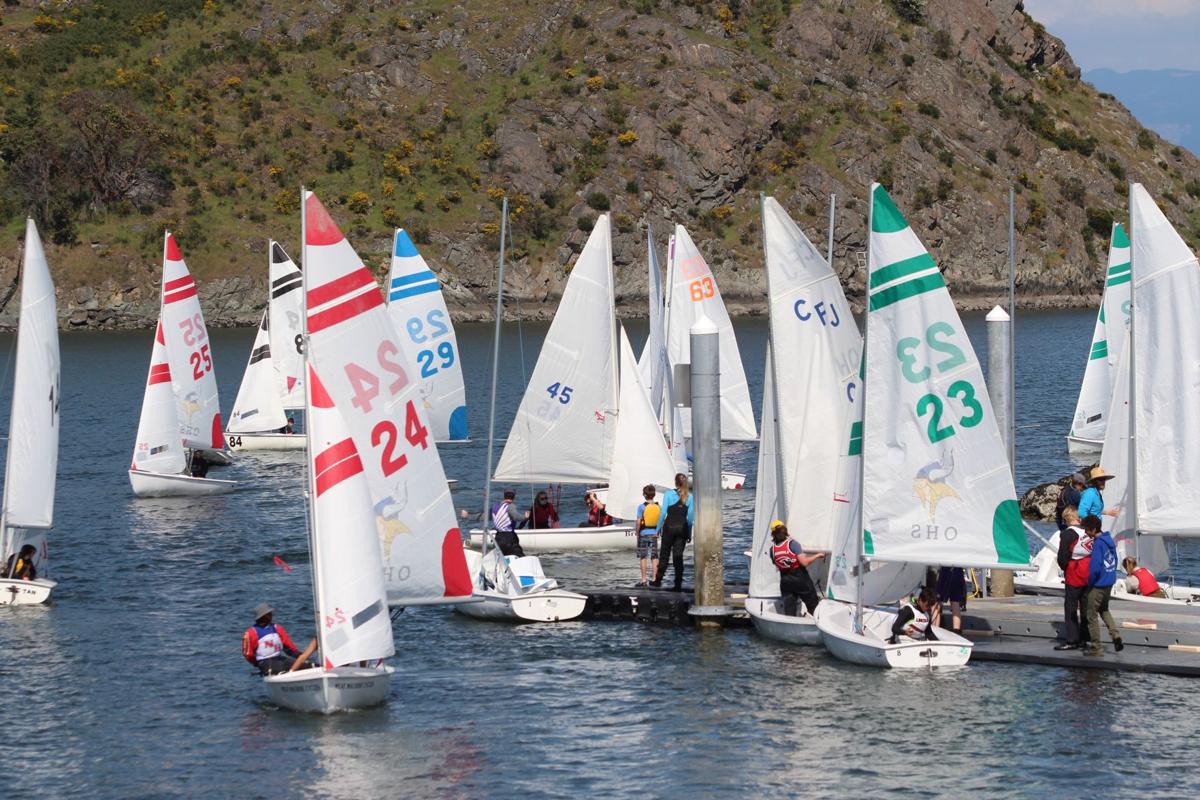 More than 200 high school students from Washington and Oregon came to Anacortes’ Seafarers’ Memorial Park Saturday and Sunday as part of a high school regatta. The winners of the competition will go on to nationals this weekend in Seattle. 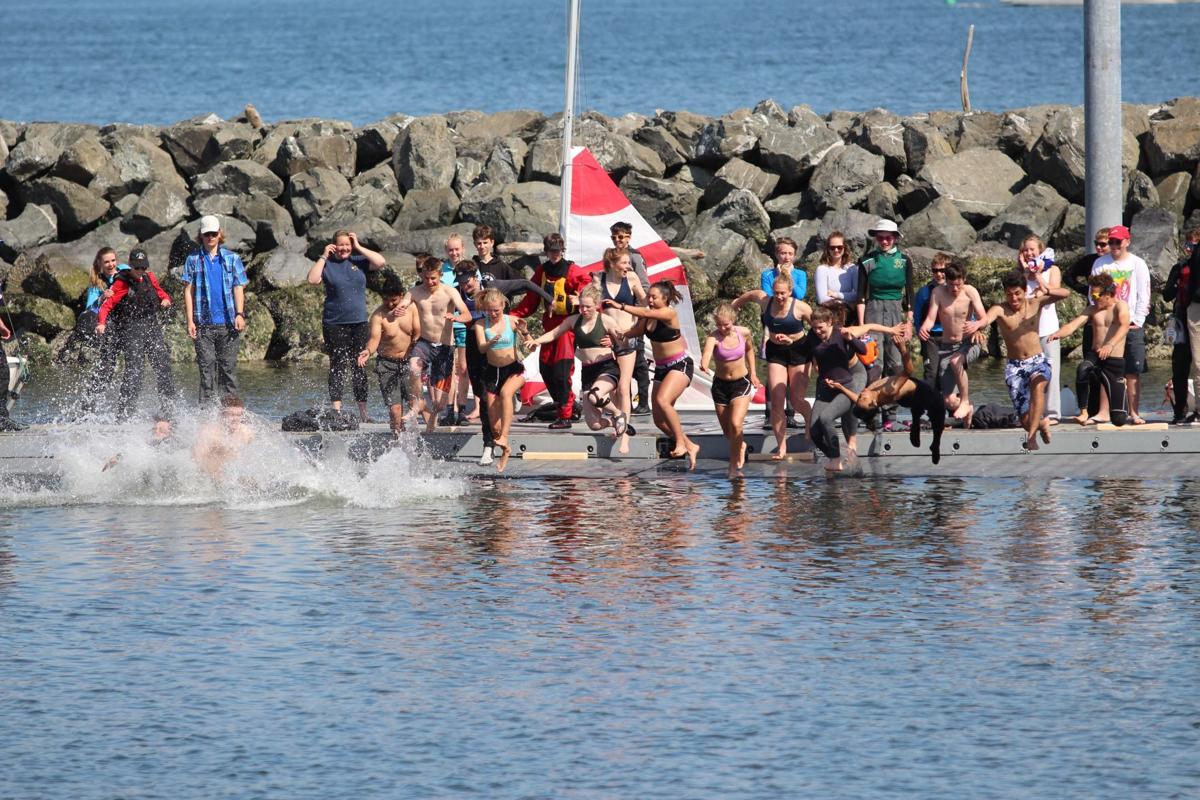 Senior sailors celebrate their last competition with a jump into the water after the races. See more photos at goanacortes.com.

More than 200 high school students from Washington and Oregon came to Anacortes’ Seafarers’ Memorial Park Saturday and Sunday as part of a high school regatta. The winners of the competition will go on to nationals this weekend in Seattle.

Senior sailors celebrate their last competition with a jump into the water after the races. See more photos at goanacortes.com.

Seafarers’ Memorial Park was a hub of activity this weekend, with dozens of sails dotting the horizon under sunny skies.

The Anacortes park saw more than 200 high school athletes and 45 boats Saturday and Sunday, representing about 25 teams from Bellingham to Portland as part of high school sailing regatta. As the weekend came to a close, senior sailors lined the dock at the park and jumped into the water, celebrating their last event on a high school sailing team.

The Northwest Interscholastic Sailing Association held its Fleet Racing Championships in Anacortes, a first for the city, said Kevin Pratt, coach of the AHS team.

The event was hosted by Anacortes Parks and Recreation, the Anacortes Waterfront Alliance, the Port of Anacortes and the Anacortes Yacht Club. Anacortes volunteered as the site for the event because it offers a beautiful venue and calm water for the young sailors, he said. This weekend was especially pleasant.

“We couldn’t have asked for better weather,” he said.

The teams competed with an eye on the national competition, taking place this weekend in Seattle.

The racers sailed in two-person 14-foot flying junior dinghies in silver and gold fleets. Gold level is like a varsity level, where silver compares with junior varsity, Pratt said.

Anacortes High School was 20th in the gold fleet and 22nd in the silver fleet.

The Anacortes squad didn’t expect to place and just barely slid into this competition, team member and AHS sophomore Lauren McClintock said. The team is young and developing, and future years should see more victories, she said.

“We are definitely in a building year,” she said.

Still, they held their own and showed they were worthy of the competition, she said.

Cassius Tossavainen, a freshman, said the team is always looking for more members. The team has the AHS name, but is open to other area participants.

Annika Dunton, a sophomore, comes over from Mount Vernon to join the team.

The Northwest District is comprised of teams from Washington, Oregon and Idaho.

“It’s like a chess game out on the water,” Wilson said.