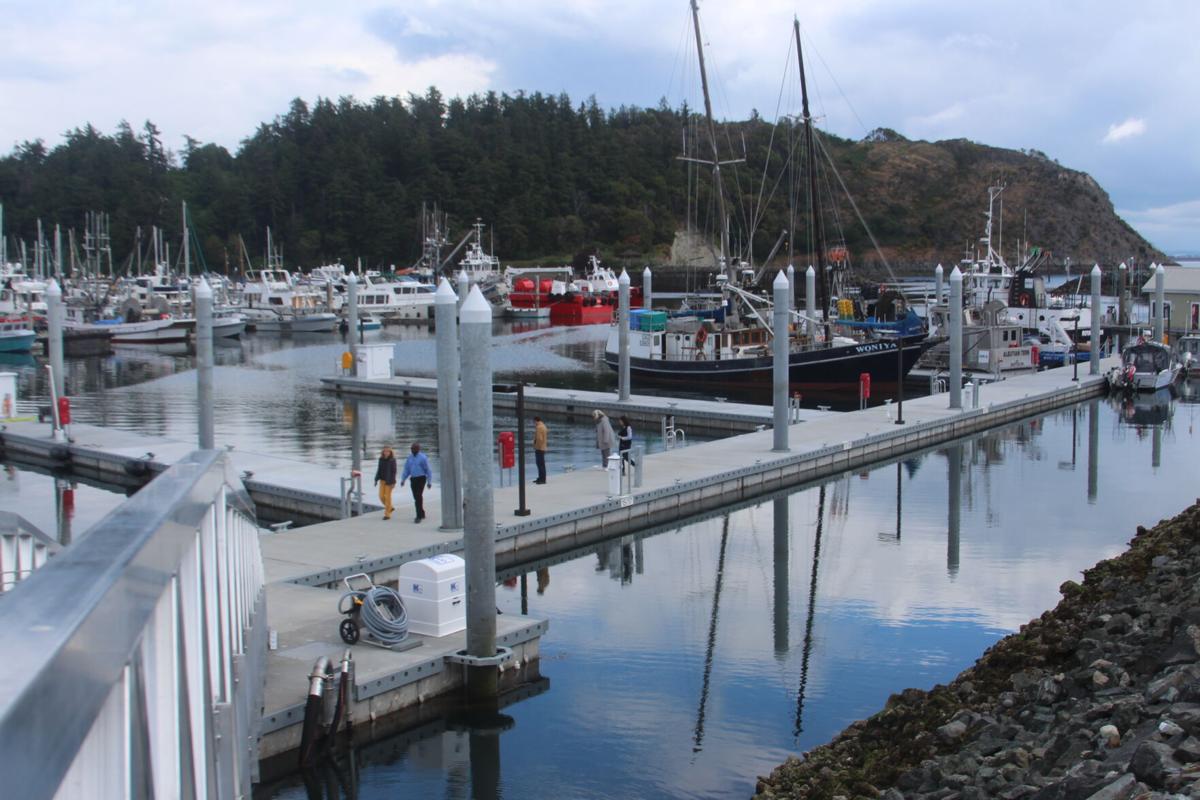 Project planning for the new A Dock, part of Cap Sante Marina, began in 2012 and 2013. Tuesday, the Port of Anacortes staff celebrated the project’s completion. 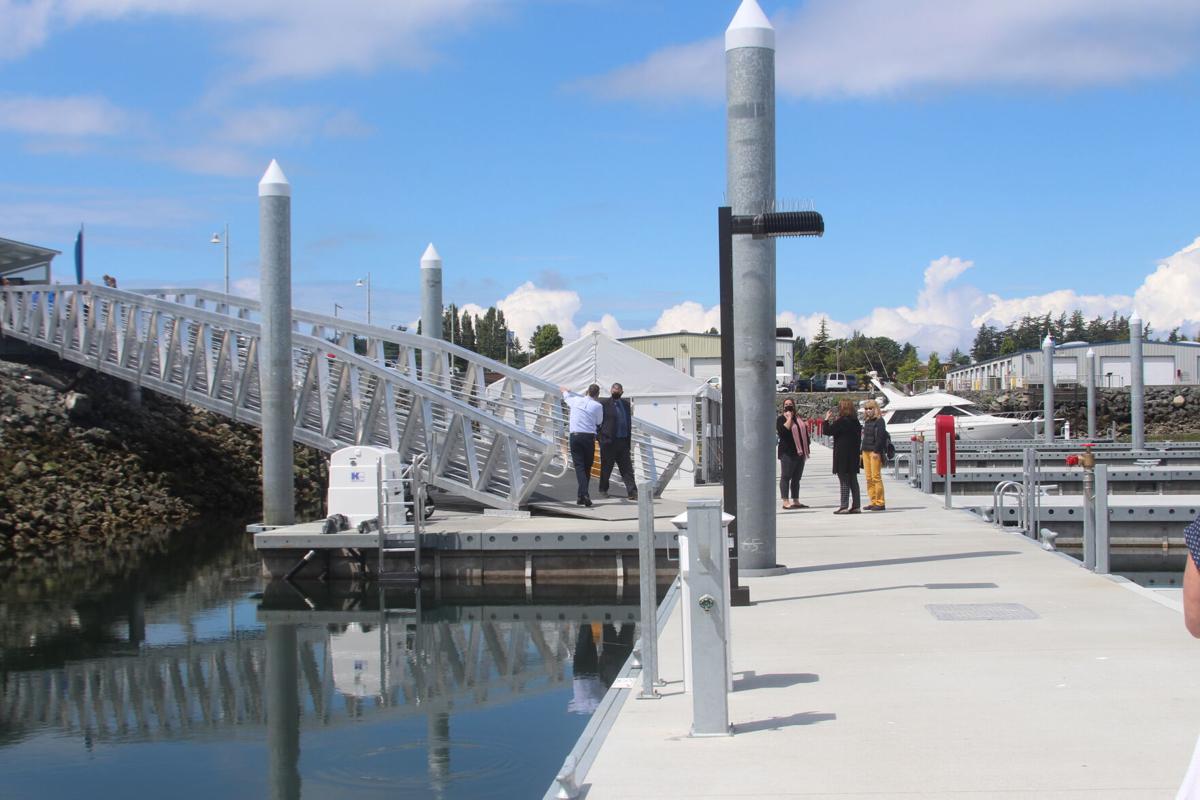 Project planning for the new A Dock, part of Cap Sante Marina, began in 2012 and 2013. Tuesday, the Port of Anacortes staff celebrated the project’s completion.

After more than eight years of planning, plus six months of work, the new A Dock at the Port of Anacortes Cap Sante Marina is completed and back in service for area vessels.

“This represents a tremendous piece of work,” Port Executive Director Dan Worra said Tuesday as he addressed a group gathered for a ribbon-cutting celebration.

The project started as a conversation in 2008 and became actual design work in 2012-13, when stakeholders started talking about the dock. After a long process of deciding what a new dock would look like, the Port applied for permits. Those permits took 713 days to come in.

Much of that work was led by Jenkins Dossen, the project manager who was present for the 2008 conversation and every step since then.

“This is his baby,” Worra said.

After years of planning and permitting, it was time to work. Bidding began in summer 2020.

Despite the COVID-19 pandemic, the Port of Anacortes commissioners didn’t want to step back, Worra said. They focused on economic development and putting people to work. The Port worked on its “Big 4” projects representing roughly $11 million and more than 40 consultants and contracts during the pandemic, Worra said.

“We could have been cautious, but we kept growth a priority,” commission President Jon Petrich said. “This is a very proud day for the Port of Anacortes.”

The dock is home to many commercial customers, including spill response, Arrow Launch and Island Adventures.

The A Dock was the biggest of those four projects and the last to be completed. The Port of Anacortes received its certificate of occupancy Monday and boats have been slowly filling the 565-foot long dock since then.

Over the last several months, the old dock was removed and a new one was installed, costing the port almost $6 million. An Economic Development Public Facility Grant from Skagit County covered $500,000 of that cost.

It features a modernized mix of concrete floats and galvanized steel pilings, replacing the partially wood dock that was built in the 1960s and retrofitted in the 1990s. The floats were created by Bellingham Marine, and each weighed about 60,000 pounds.

As each piece came in, crews had to check it from several points before the steel pilings went in. Those 80-foot pilings, created by Pacifica Piling Inc. of Auburn, were installed with a large vibrating hammer. They replaced 63 creosote-soaked timber pilings.

Onshore, with work by American Construction Co., the dock now features an easy-t0-access gangway created by Mantle Industries in Blaine. It will help with foot traffic to and from the dock, especially for the whale-watching tour boats. The dock is also wheelchair accessible.