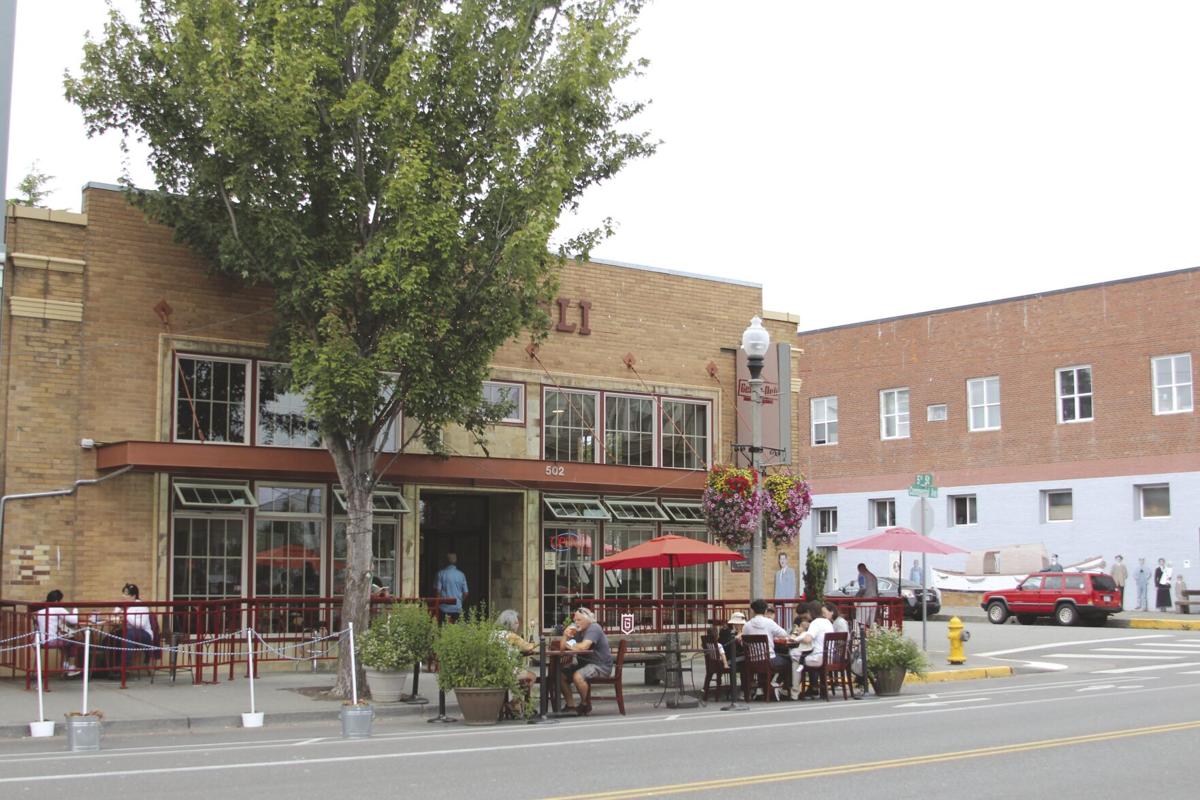 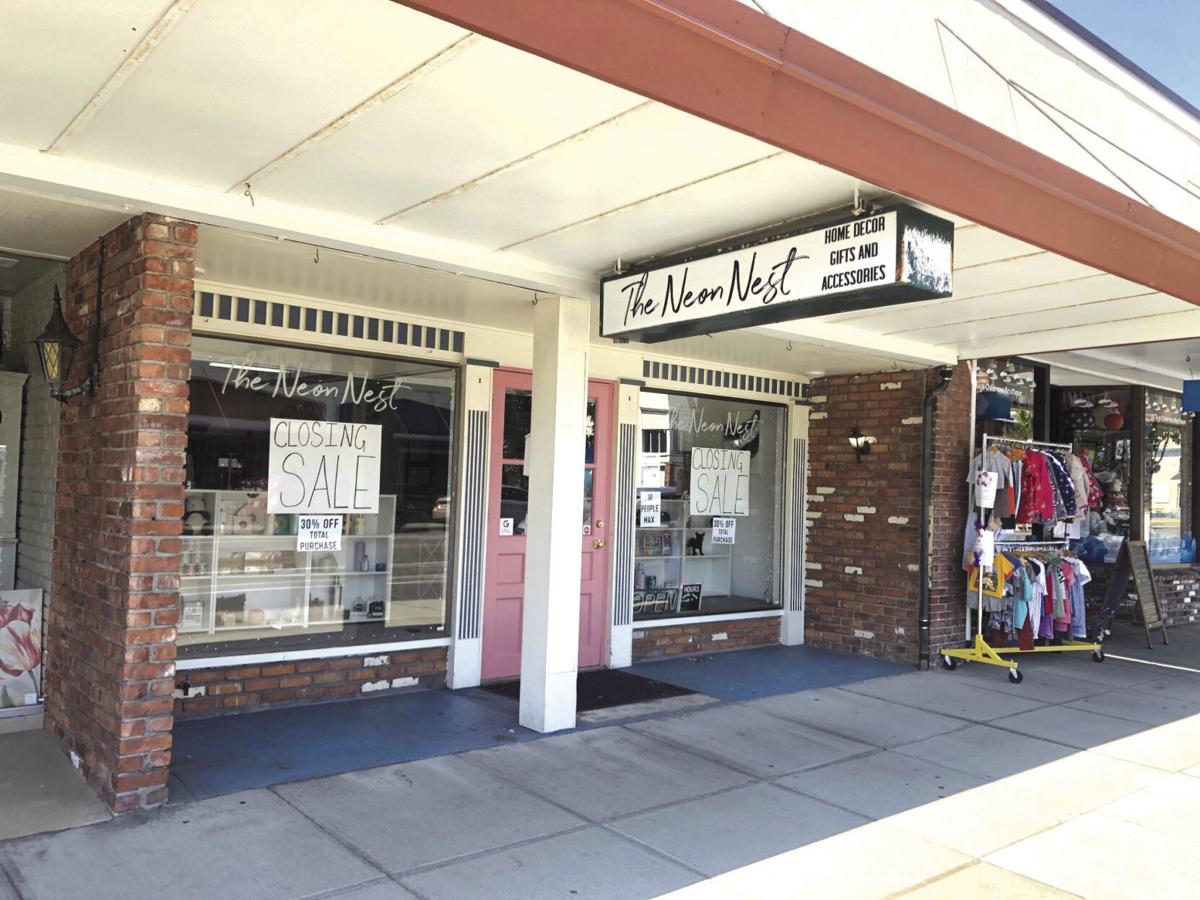 The Neon Nest announced last week it is going out of business, a result of too many slow months from the pandemic.

The Neon Nest announced last week it is going out of business, a result of too many slow months from the pandemic.

In the five months since the retail and dining industries were rocked by sweeping restrictions made to reduce transmission of COVID-19, Anacortes businesses have adapted but hope there’s an end is in sight.

Rick Star, co-owner of Rockfish Grill and Anacortes Brewery, said he could see that people were ready and wanting to come back to his restaurant when it was permitted to reopen at 50% capacity in June as part of Phase 2 of the state’s four-phased Safe Start plan.

It’s not like it was before, with reduced capacity came other safety measures like requiring each diner wore a mask inside.

“Initially that did not go so smooth,” Star said. “There was pushback from people. That evened itself out over a couple of weeks.”

As people began to realize that masks were required everywhere, complaints went down, he said.

Some restrictions have been more challenging to enforce, like verifying that indoor diners are from the same household, he said. That restriction isn’t required for outdoor guests and the restaurant has expanded its outdoor seating capacity to accommodate the increased interest.

“We are looking at covering our outdoor area, the primary one out back, and giving people the option of eating out there into the fall and winter,” Star said.

Still, the loss of major economic drivers for the region, such as the Skagit Valley Tulip Festival and the Anacortes Arts Festival, have made an impact.

Last year, The Rockfish and Anacortes Brewery participated in 110 events, Star said. This year, all but one of those events have been canceled. The one event that hasn’t been entirely canceled, rather reimagined, was the BrewFest on the Skagit, which is the Lincoln Theatre’s annual fundraiser.

Instead of hosting a daylong event bringing people and breweries together, it was divided into a weeklong remote festival wherein each day a specific brewery in the region would donate a portion of that day’s sales.

Coming together, while staying apart, to support the county is important, he said.

“It’s great to see our regulars back. They are like a part of our extended family,” he said. “It’s also great the support we’re getting from the community. Most people understand how difficult it is.”

Other businesses will soon expand into the streets to take advantage of the open air as well. The city is expecting the delivery of the 10 parklets purchased at the start of June. When they arrive, these businesses will be receiving them: Adrift, Brown Lantern, Indulge, Fidalgo Artisan Yarn and Clothing, Nonna Luisa, Drink Your Veggies, Frida’s, Mamma Wing, Wheelhouse and El Jinete. Some restaurants have already expanded their dining areas into the street using their own parklet-style fenced areas.

With Skagit County confirmed COVID-19 cases still coming in daily, the road to Phase 3 is long.

When restrictions on in-person dining and retail were announced, the business community in Anacortes had to scramble to accommodate the new normal. For some retailers, this meant making a push online to allow for virtual shopping.

Nathan Vanderpool, co-owner of Bayshore Office Products, said the company is still receiving online orders for cleaning supplies from across the country, but they are still mostly unable to fulfill those orders. The supplies they do receive are available primarily in-store only.

“Our suppliers have been successful in getting some goods, so our walk-in customers are surprised we have some things they say they can’t find elsewhere, so that’s been good,” Vanderpool said.

The demand for office supplies has dropped since state-wide restrictions advised businesses to have employees work from home as much as possible, but the store also offers a range of household goods.

“Our commercial business has continued to be quite devastated,” he said. “Businesses are continuing to hurt. Their need for things their office was using before is greatly diminished. As the one has fallen off, we’ve leaned into offering the items we sell from Costco, and we’ve continued to expand that, and that’s been filling in the gaps for us.”

In-person retail came back with limitations on capacity and mandatory mask wearing in June when the county progressed to Phase 2.

For one newer retailer, the disturbance to the market was too much to overcome.

The Neon Nest at 718 Commercial Ave. opened in November 2019. It announced last week that it will be closing.

Owner Katlin Goodey said the timing of having such a fresh business without a built-in customer base before the shutdown had a significant impact.

“We’re a really new business and we’re still getting people who didn’t know we existed until today,” Goodey said. “Even though we tried putting stuff online, nobody knew we existed. That didn’t help us very much.”

Once in-store shopping was permitted again, Goodey said the first few weeks were better, but soon store traffic started to slow down again and stay slow. She had to start thinking about her options. There were fewer tourists, and the major spring and summer events that bring thousands of people to the region were canceled, so the cost to continue buying new inventory became too high to sustain.

“Buying new inventory is really expensive. If you’re not selling enough of it, trying to keep up with your storefront being fresh for your repeat customers, it’s just that we couldn’t keep up with that,” she said.

She worries, too, about how other small businesses will fare going into the next year.

“I think some shops hopefully who have built more loyal customer bases can hopefully hold on long enough,” she said. “My personal opinion is I think we’re going to see more people having issues come next year when they’ve been holding on as long as they can and things just still aren’t picking up high enough to recover from so many slow months.”

When Goodey opened her retail shop, she signed a multiyear lease for the storefront, a lease she is still locked into. Goodey is an artist, and she and her husband have other businesses, so the shop can be used as a work space to support those pursuits, but she said the lease was a consideration when closing, and a potential challenge for other businesses facing hard times.

In the case of the Neon Nest, it was not eligible for Paycheck Protection Program because it was run by Goodey and her husband, so there was no payroll to protect. Other support programs were based on net profit of the last year, which as a new business also excluded them from funding support.

“I thought I looked through all the scenarios of what could go wrong when opening, but pandemic was not one I thought of,” she said.