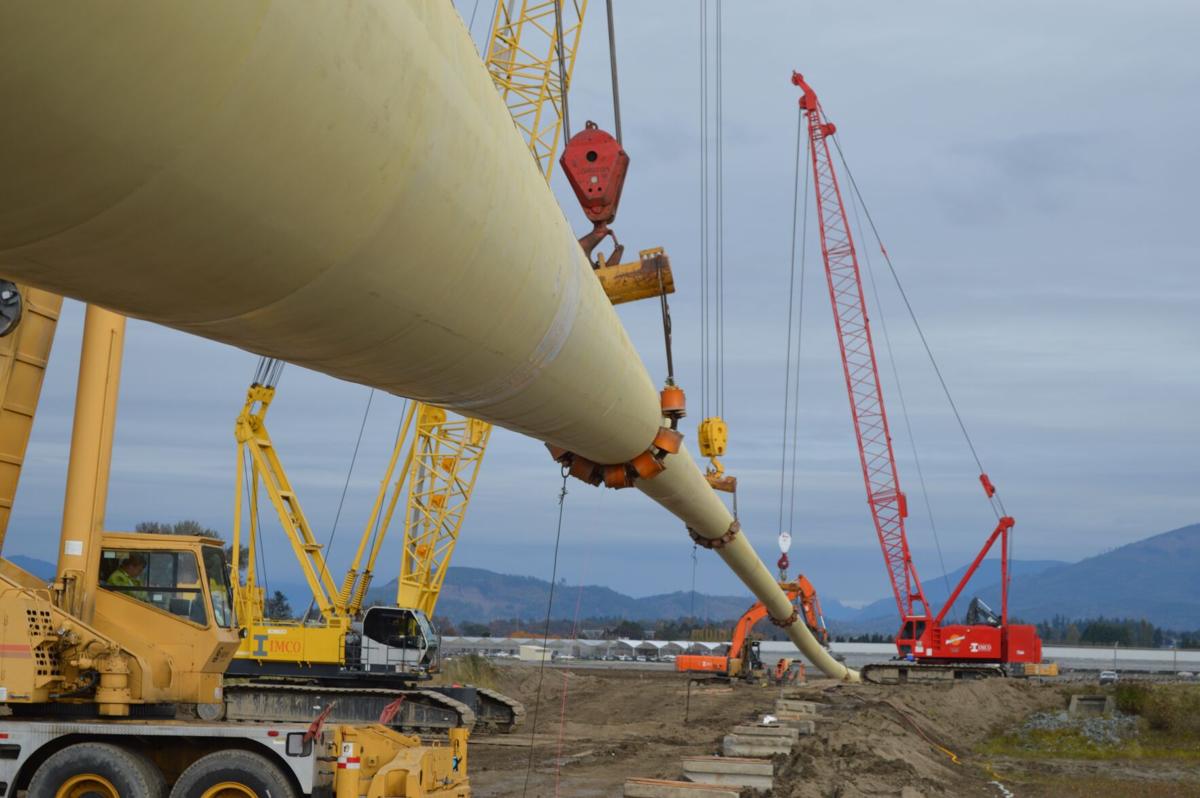 The new water line was held up by multiple cranes as it was being pulled through a tunnel dug beneath the Skagit River on Tuesday, Oct. 27. 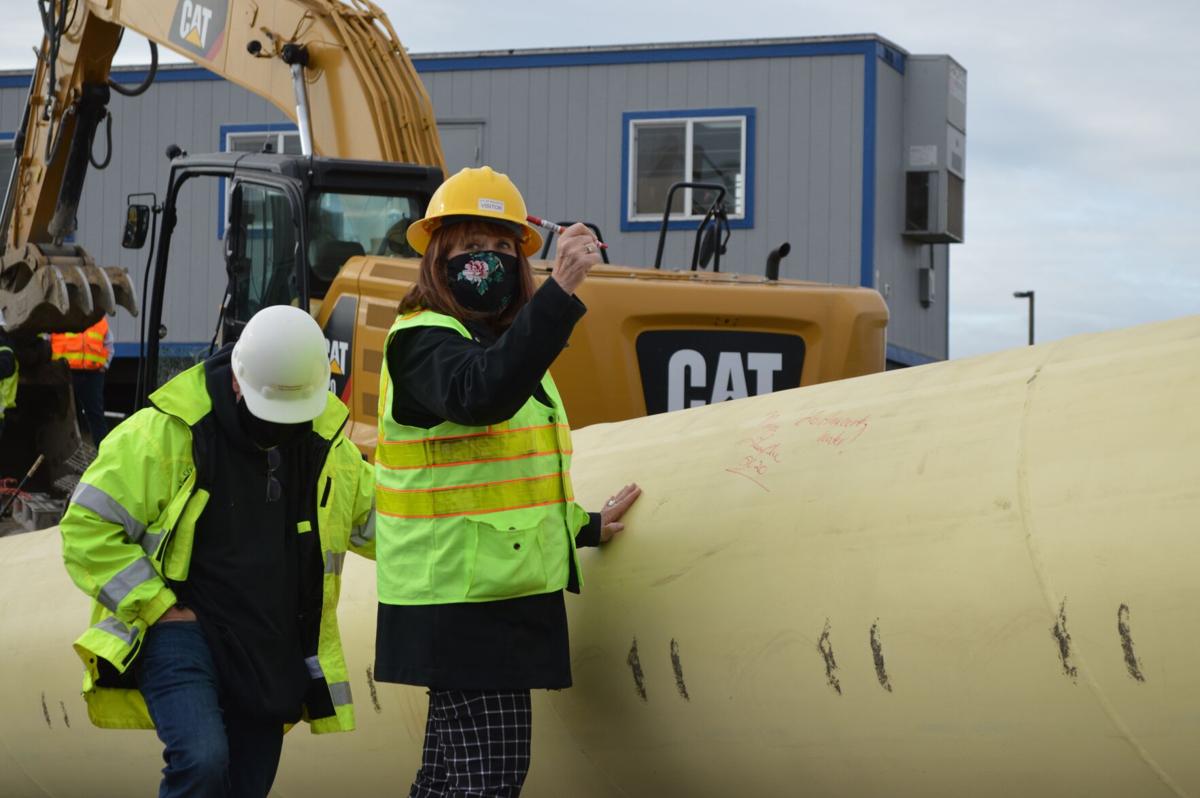 Anacortes Mayor Laurie Gere signed the waterline as it was put into the ground.

The new water line was held up by multiple cranes as it was being pulled through a tunnel dug beneath the Skagit River on Tuesday, Oct. 27.

Anacortes Mayor Laurie Gere signed the waterline as it was put into the ground.

As a line that carries water to serve tens of thousands of people in the region turned 50 years old this year, the City of Anacortes made an investment.

Rather than replace the aging raw water line, which carries water pumped from the Skagit River to the Anacortes Water Treatment Plant on River Bend Road near Mount Vernon, the city added a second line and a new clear well.

The second line will ensure that water can continue to be treated and distributed when the first one, built in 1970, needs maintenance or repairs.

Multiple cranes held up the 1,950-foot-long water line as it was being assembled and slowly pulled underneath the Skagit River. The project began this summer and is expected to be finished within a few months.

The new clear well will temporarily store two million gallons of the chlorine-treated water to ensure proper disinfection. The water will then be distributed to cities including Anacortes, Oak Harbor and La Conner, as well as the Swinomish Indian Reservation, the Shell and Marathon oil refineries and Naval Air Station Whidbey Island. Serving over 60,000 people in all, the city treatment plant is a major provider of water in the region.

The new water line will also provide water through intertie connections to the Skagit Public Utility District when needed, such as during droughts. The project’s $13 million cost will be paid for by municipal bonds, which will be repaid through water rates, Buckenmeyer said.

Mayor Laurie Gere visited the Anacortes Water Treatment Plant on Tuesday, Oct. 27, to check on the progress of the construction project.

Pen in hand, she signed her name to the waterline as it slowly was pulled through from the east side of a tunnel dug under the Skagit River to the intake station on the west side.

The upgrade is “to ensure our water system is dynamic,” Gere said. “I ultimately believe our duty is to provide clean and safe water for our communities.”

The plant will shut down operations due to construction temporarily between  8 a.m. to 8 p.m. on Wednesday, Nov. 4, but customers should not see much of a difference in their water pressure, Brian McDaniel, water systems manager, said. 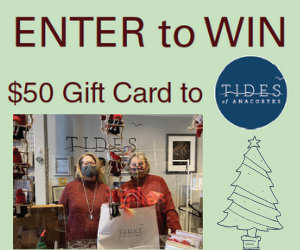