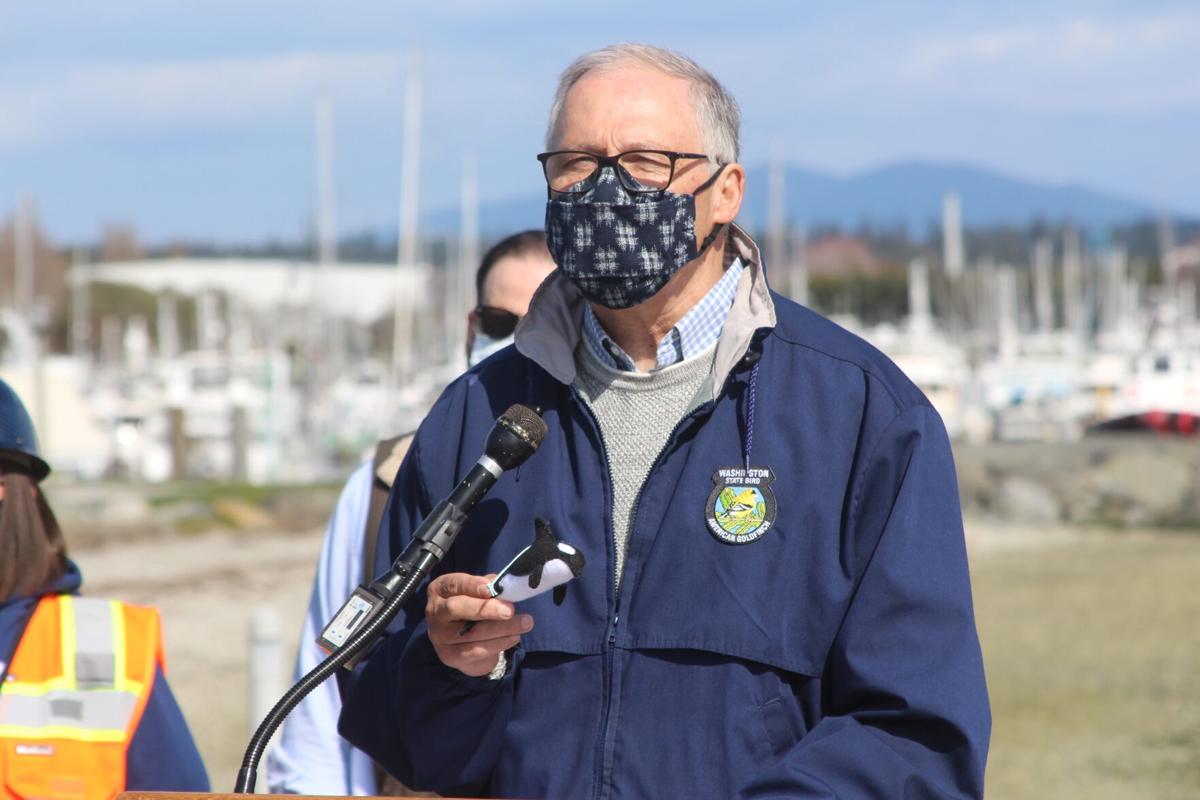 Gov. Jay Inslee holds up an orca ornament given to him by Port of Anacortes Commissioner Kathy Pittis as he speaks on addressing the threat to orcas from climate change. 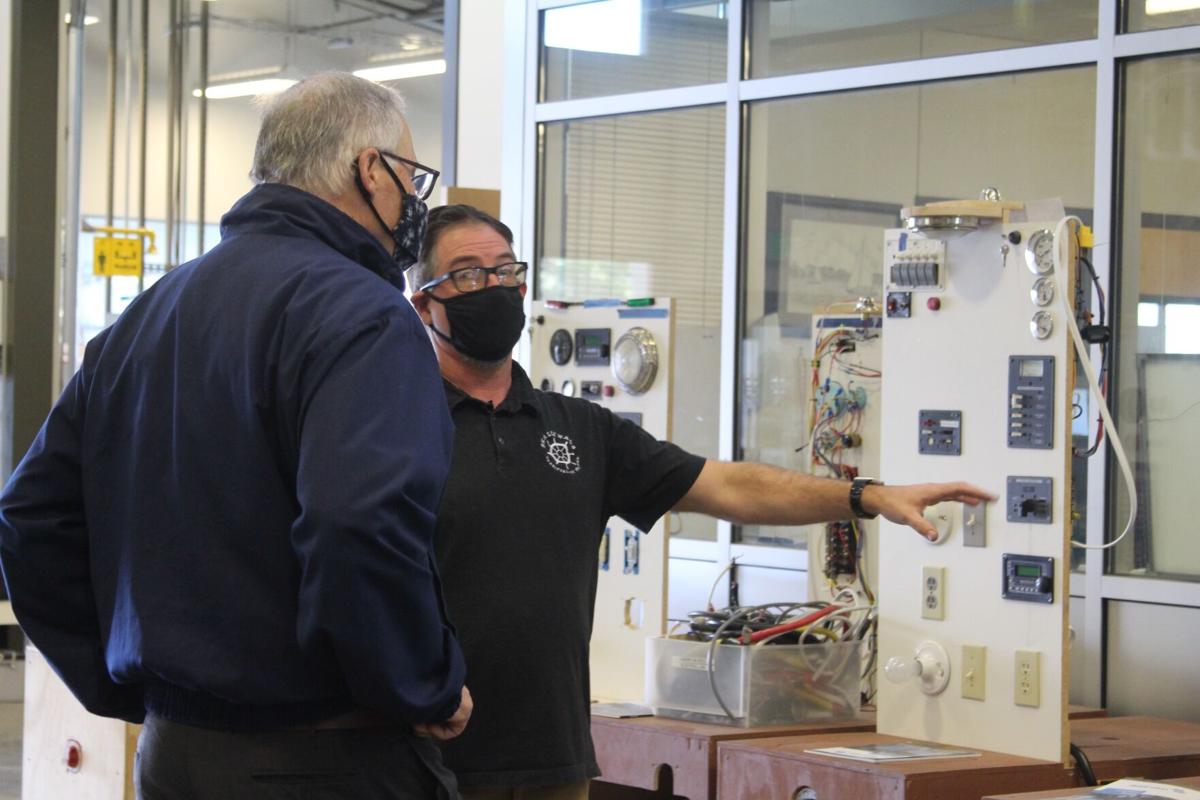 Gov. Jay Inslee holds up an orca ornament given to him by Port of Anacortes Commissioner Kathy Pittis as he speaks on addressing the threat to orcas from climate change.

Gov. Jay Inslee visited Anacortes on Tuesday to speak in support of two climate bills currently in the state Legislature.

“As we are defeating COVID-19 with science, confidence and action, we have to take similar action against the climate crisis, and we know that we can do this,” Inslee said.

He compared carbon pollution to a virus, and said it is contributing to the demise of salmon and orcas, as well as increasing wildfires throughout the country.

Inslee then called on the public and legislators to support Senate Bill 5126, known as the Climate Commitment Act, as well as the Clean Fuel Standard legislation, House Bill 1091.

The Climate Commitment Act, which was being voted on in a Senate committee Tuesday, lays out a cap and invest program, which would be implemented by the state Department of Ecology.

It would allow companies to purchase up to a certain amount of emissions. Revenue generated by the act would go to clean energy projects, according to the bill report.

Inslee said that its implementation would not result in increased fuel prices.

It will increase the state’s production of cleaner fuels, including biofuels, Inslee said.

These two bills are necessary to meet the state’s carbon emission goals, he said.

“There is no reason these bills should not pass this year,” he said.

Edwards called on the state Legislature to vote in favor of the bills.

“Today, because of a couple hundred years of industrialization and other human activities, many things we hold dear to us are at risk,” Edwards said.

He also spoke of the effects climate change have had on the Swinomish people.

“I can’t be certain my grandchildren will be able to fish as I have,” he said.

The Climate Commitment Act is not the only bill aimed at reducing carbon emissions, however.

State Sen. Liz Lovelett and Rep. Debra Lekanoff have co-sponsored legislation in the House and Senate known jointly as the Washington STRONG Act, which proposes a carbon pricing system, rather than a cap and invest system.

Inslee contends that the Climate Commitment Act is the best way forward.

“It make sense because it has … a concrete ceiling that we cannot allow polluters to exceed. It is the only plan that has that,” Inslee said.

“This is shown to be an effective policy because of that cap. It is a legal prohibition against excess pollution,” he said.

Inslee also said the Climate Commitment Act can be passed by the Legislature this year.

Inslee said the state has communicated with fossil fuel companies about these pieces of legislation.

“We’re sure they’re going to see the light,” he said.

The center is home to the college’s marine maintenance program, as well as other educational programs.

Mike Beemer, chair of the marine maintenance technology department at Skagit Valley College, spoke to Inslee about the accomplishments the technology programs have had.

Beemer said the program hopes to double its number of students.