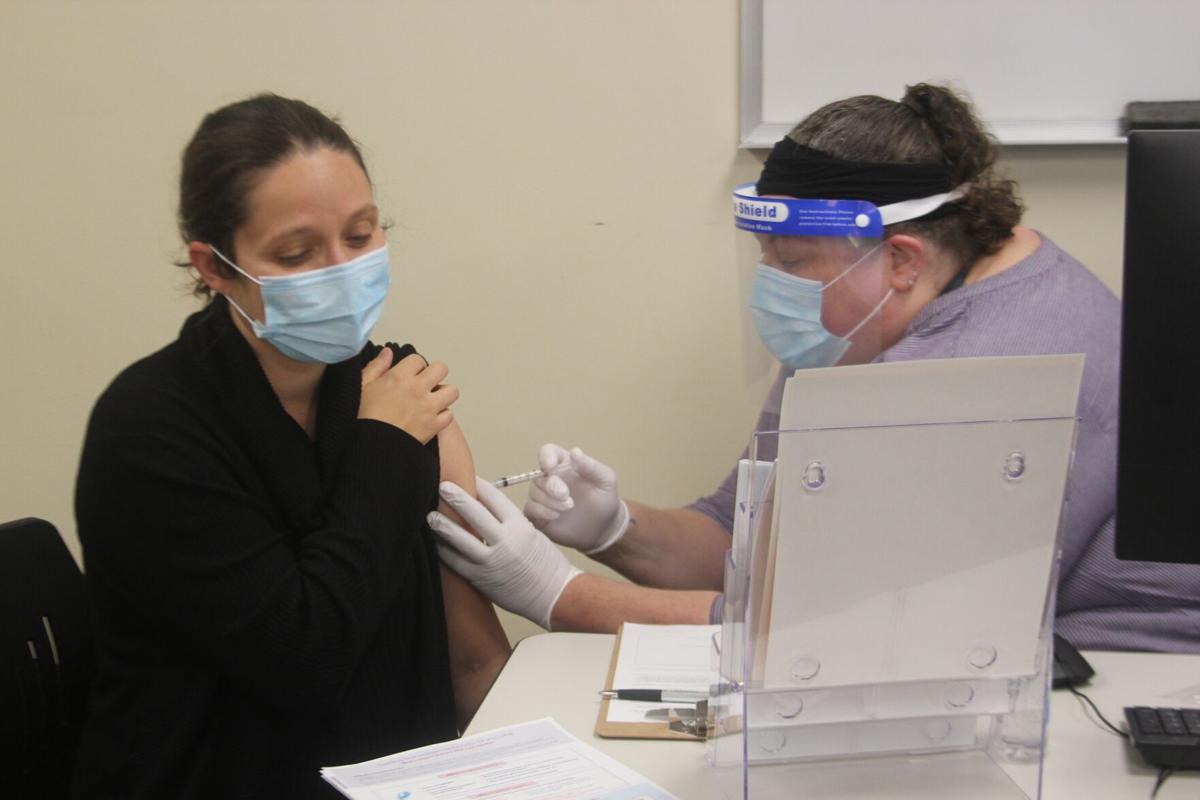 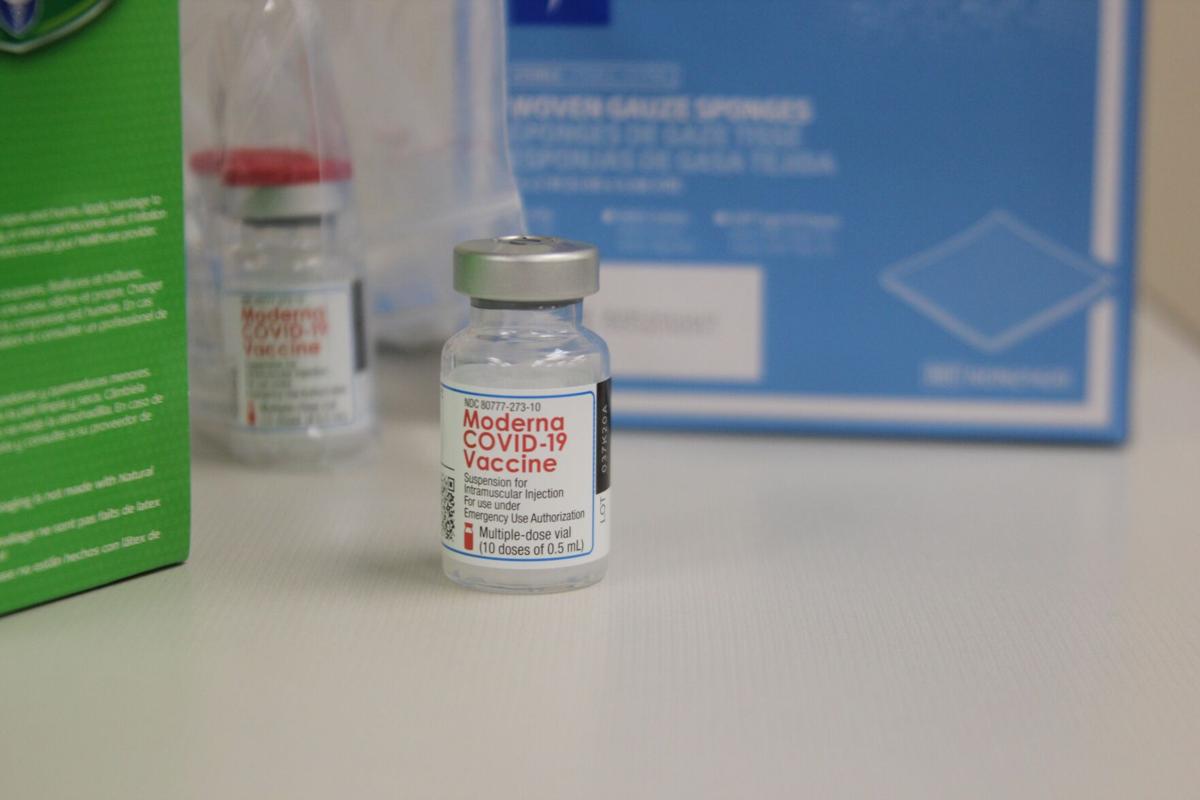 A bottle of vaccine to protect against COVID-19 stands at the ready at Island Hospital. The first doses were given to staff members on Thursday, Dec. 31, 2020.

A bottle of vaccine to protect against COVID-19 stands at the ready at Island Hospital. The first doses were given to staff members on Thursday, Dec. 31, 2020.

ANACORTES — The first dose of the COVID-19 vaccine was given to an Island Hospital employee just before 8 a.m. on Thursday.

Dr. Rachel Mank, an emergency room physician, was the first at the hospital to receive the vaccine, coming off a night shift and ready to go home to sleep.

“I am super grateful to be vaccinated,” Mank said as she waited on a numbered chair, set up for the 15-minute precautionary observance after receiving a dose. Those who receive a vaccine are encouraged to download the app “V-safe,” which can be used to report any side effects and to set a reminder for the second appointment.

Three vaccination stations were set up in a conference room in the basement of the hospital. Medical personnel and officials chatted with excitement as a steady stream of front line health workers arrived to receive their first of two doses of the vaccine produced by Moderna.

Over 50 people received their first dose Thursday morning, and they estimated to vaccinate 80 total by day's end.

A playlist set a joyful tone, with tracks like “Hit Me With Your Best Shot” and “Here Comes the Sun.”

Anita McCoy, director of quality, was one of the staff giving doses.

“It’s nice to finally get the vaccine into people,” she said. “It’s a good way to end the year.”

Gerard Pringle, RN, also was distributing the vaccine. He likened it to getting a flu shot, which he is in charge of administering to hospital staff every year.

The hospital is scheduling three more days of vaccinations next week for those health care providers who meet qualifications for the first phase of distribution. It's unclear when vaccine will be available for the general public.

COO Elise Cutter said that they hope to soon begin to receive weekly allotments from the state and vaccinate all clinical staff by the end of next week. They are awaiting confirmation from the state. The allotment used Thursday was provided by Skagit County Public Health.

Distribution is taking a phased approach as vaccine becomes available. According to current drafts of the state Department of Health documents, the first tier group primarily consists of high-risk health care workers, first responders and residents and staff of nursing homes and assisted living homes. The second tier will include all workers in health care settings.

Phase 2 would include teachers, workers in critical industries, people with moderate-risk conditions, people in homeless shelters, prisons and centers for people for disabilities, as well as the people that work in these facilities, according to the state Department of Health’s current distribution plan.

Island Hospital CEO Charles Hall has said that the entire process to reach the majority of the public could take up to nine months and has urged people to remain patient and diligent about health safety protocols such as masks and social distancing.

The Moderna vaccine, the second to receive FDA approval, requires a second dose a month after the first. The Pfizer vaccine, which needs special refrigeration for storage, requires the second dose three weeks later. Island Hospital has ordered a freezer that can store it, but it is back-ordered into February.