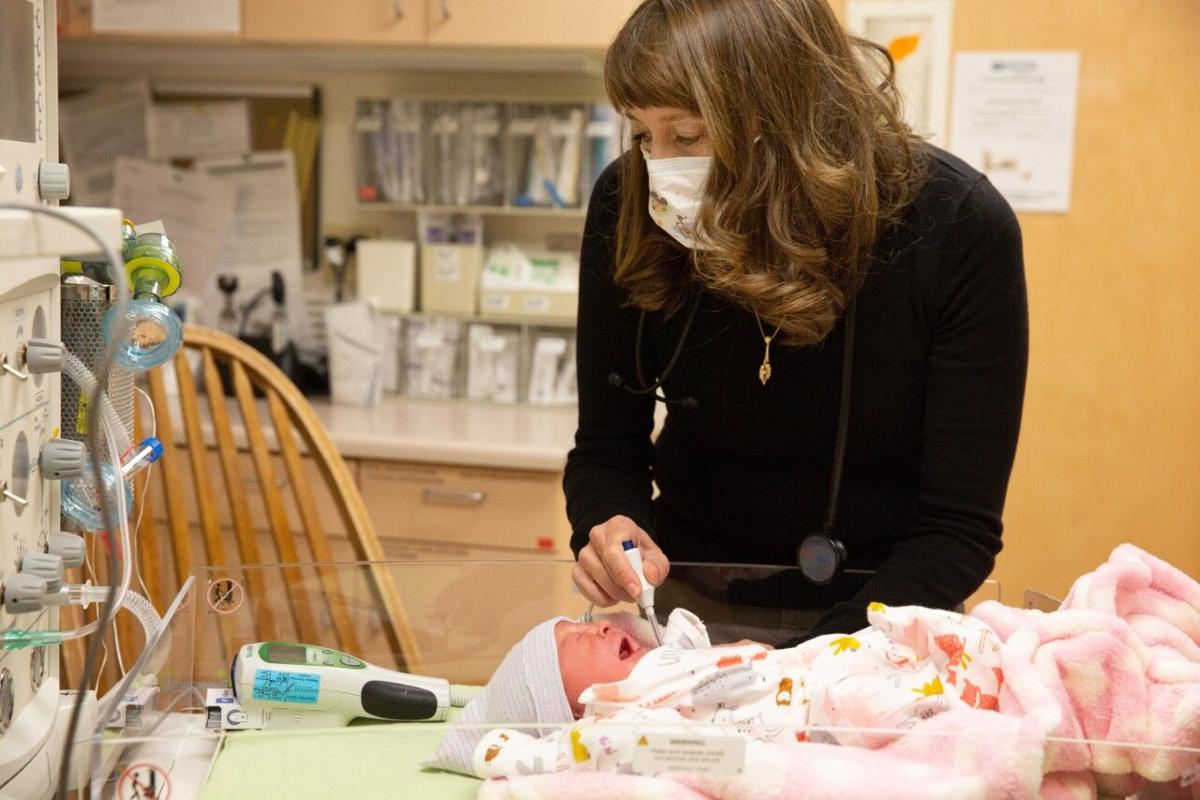 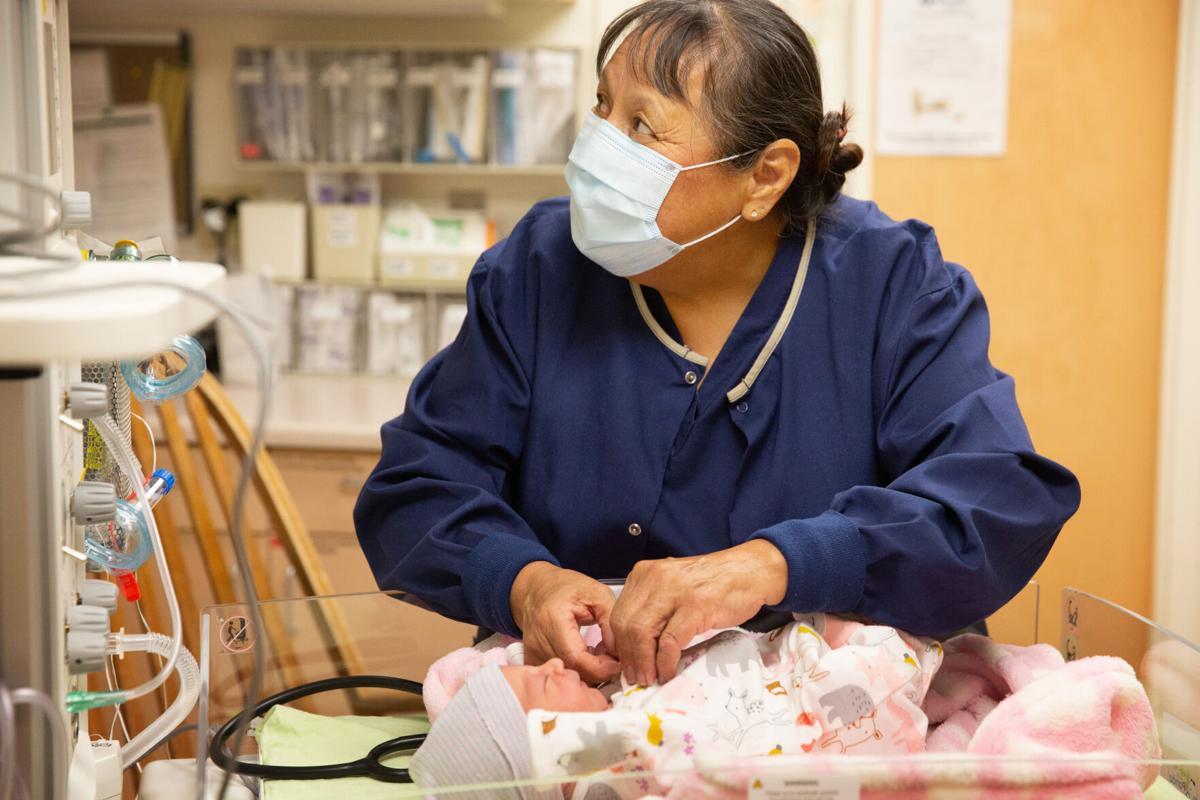 Charlene Dennison, RN, is one of the nurses with the birth center at Island Hospital.

Charlene Dennison, RN, is one of the nurses with the birth center at Island Hospital.

The clinic at NAS Whidbey Naval Air Station is no longer delivering babies, which helped lead to the record number, said Tonja Dunton, director of the hospital’s Thomas P. Brooks Birth Center. The previous highest year was in 2017, when the Navy base clinic was shut down for a few months for renovation.

“We only have four rooms to deliver babies in, so you can imagine how busy it was,” she said.

Two rooms at the delivery clinic are visible from the outside courtyard, and those rooms were frequently requested as hospital policy allowed only one support person to accompany the mother.

“Some families would bring lawn chairs and bring them up to the windows,” Dunton said.

Video chats also were common. One father was deployed in Bahrain and was able to video chat with a phone taped to a stand during the labor.

When support people were not allowed in for ultrasound appointments, it was disappointing for family members who wanted to be there to see the first images on the screen.

“It was heartbreaking for some of those families, but the hospital did the best they could to protect everybody from exposure to COVID-19,” Foist said.

“Everything kept changing so fast,” Dunton said. Sometimes, signs were made for a policy, but the policy had to be changed before the signs could go up.

In September, 54 babies were delivered, a monthly record.

When a delivery patient tested positive for COVID-19, they were put in a separate unit with more rigorous protocols, Dunton said.

The clinic delivered one baby to a COVID-19 positive mother, and some postpartum mothers became positive.

“Luckily, none of them were very ill, and we didn’t have any serious complications,” Foist said.

A few things might not change after the pandemic, Dunton said. Certain PPE, such as goggles and face shields, will probably continue to be used.

No one on staff reported getting a cold or flu since pandemic measures were put in place.

At first, Foist noticed a hesitancy with some women about getting pregnant at the start of the pandemic.

“I think that as the last year has progressed, more and more people have decided that things are safe enough now,” she said.