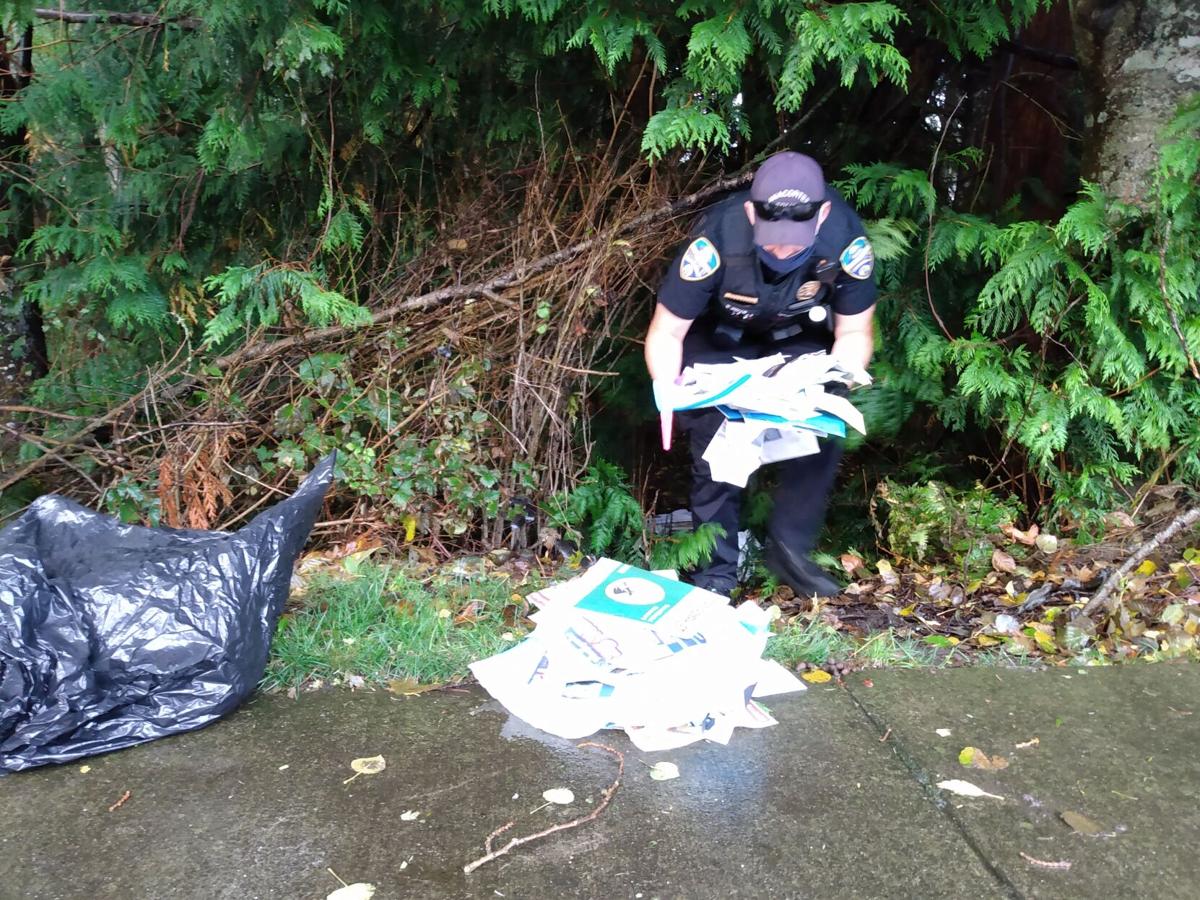 Anacortes Police Officer Tim Dills collects stolen mail Monday from a wetland on the 4800 block of Cypress Drive. The mail bore addresses from several neighborhoods, including D Avenue and Price Court, he said. In addition, mailboxes were open on Cypress Drive and portions of Glasgow Way. Mail theft is a felony punishable by up to five years in federal prison and fines of up to $250,000. (Richard Walker / Anacortes American) 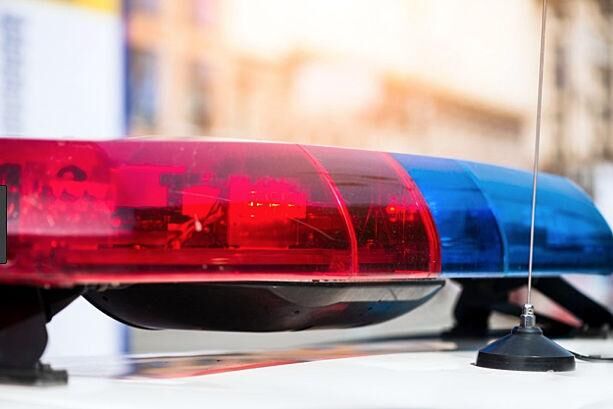 Anacortes Police Officer Tim Dills collects stolen mail Monday from a wetland on the 4800 block of Cypress Drive. The mail bore addresses from several neighborhoods, including D Avenue and Price Court, he said. In addition, mailboxes were open on Cypress Drive and portions of Glasgow Way. Mail theft is a felony punishable by up to five years in federal prison and fines of up to $250,000. (Richard Walker / Anacortes American)

The Anacortes Police Department reported responding to 127 dispatches from Oct. 5-12. Here are some of them.

• A 39th Street resident spoke with police after noticing that someone got into her unlocked car sometime between Sept. 29 and Oct. 1. The car contained some clothing items and personal identifying information that were no longer there when the owner inspected it.

• A 27-year-old Sedro-Woolley woman was arrested and charged with domestic violence harassment after an incident involving threatening text and in-person messages aimed toward her sister following an argument about pets. The other sister feared that the her sister might follow through on the threats.

• An officer was made aware of a recklessly driven hatchback in the area of 32nd and D Avenue, so he went to the area to investigate. Once there, the officer found a car matching the description driving northbound on D Avenue with an inoperable headlight, so he pulled the car over. The 50-year-old Lopez Island driver willingly took roadside sobriety tests the officer requested since he was aware that the car was nearly involved in various collisions. The woman failed roadside tests and provided breath samples of over twice the legal limit to drive. She transported to jail and booked for DUI.

• A 26-year-old Anacortes man was arrested and booked in the Skagit County Community Justice Center on a domestic violence assault charge after officers investigated a report of a confrontation between the man and his girlfriend on Third Street. Investigation revealed that an argument over their relationship became heated, and the man pushed the woman into a cabinet and took her phone.

• A West Third resident reported that over the weekend, two political signs in his yard were destroyed and someone walked on his shrubs. He said the signs would cost $30 to replace, but the shrubs would recover on their own. There are no suspects.

• Two $5 political signs were stolen from an Oakes Avenue home over the weekend. There are no suspects.

• An Anacortes man was given a ticket for improper lane usage after he merged into a vehicle driving westbound on Highway at the intersection of Reservation Road. No one was injured, but both vehicles were damaged.

• Just before 2 a.m., officers responded to a possible domestic violence situation at a hotel on Commercial Avenue. Someone called 911 to investigate arguing and loud noises in a room at the hotel. An officer spoke with a woman in the room, and additional officers pulled an SUV over that was driven recklessly from the hotel. In speaking with the man and woman involved, it was determined that nothing physical occurred, but the Sedro-Woolley man who was driving the SUV was arrested for driving while license suspended and later released at the scene with a copy of his citation and information about an ensuing court date.

• Just before 5:30 p.m., officers investigated a suspicious complaint near 41st Street and H Avenue. The reporting party told police that there was a man at the intersection who appeared to be under the influence running alongside a passing minivan. Just as reported, there was a van with two people in it and a staggering young man just outside the vehicle. The man was determined to be under the legal age to consume alcohol. He provided a voluntary breath sample with a positive reading. He was cited for minor in possession and released to the vehicle occupants who stated they had been attempting to get him into the vehicle to drive him home.

• A 23-year-old Mount Vernon man was arrested and charged with possession of drug paraphernalia early evening on the 7th after an officer recognized him and ran a check that showed an active arrest warrant. He was taken into custody, and a search yielded a used syringe containing what appeared to be heroin residue. The jail would not accept the man, so he was released.

• Just after 8 p.m., officers responded to the area of Seafarer’s Way to investigate a disorderly complaint called in by Port of Anacortes security staff. The man was yelling at the staff member and struck him in the head, per the victim’s report. After a brief struggle with APD officers, the man was taken into custody for assault and during the search incident to arrest, officers discovered a burnt straw with possible drug residue. The suspect was booked in jail on an investigative hold for assault and possession of drug paraphernalia.

• An excavator being used on a project on 6th Street was broken into overnight. The thief stole the excavator battery and caused $200 worth of damage to the battery cover. There are no suspects.

• A 46-year-old Oak Harbor man came to the Anacortes Municipal Court on Thursday and was arrested after court staff realized he had active arrest warrants for assault and malicious mischief. The Skagit County Community Justice Center told officers that they would accept the man, so he was transported there.

• Political signs that cost $52 were stolen from the area of Longview Avenue and Commercial. There are no suspects.

• A woman reported a possible international scam. The woman had befriended someone on social media and over several months, the two had several online conversations. The person claimed he had a large sum of money that was going to be imported from another country, but needed funding to insure the money and container it would be imported in, then money for a “non-inspection certificate.” When the woman was asked for $37,000 for an updated certificate, the person threatened arrest if she didn’t send money. She called police for help. Police told the woman that it sounded like a variation on a common international scam and was told she should cease contact with the stranger online.

• An O Avenue man called police on the morning of the 9th to report that his unlocked sedan with the keys in it was stolen sometime overnight. Just before 7 a.m. on the 11th, an officer on patrol on Summit Park Road saw the stolen car parked in front of what appeared to be an abandoned building. The officer called the car owners to retrieve it. They noted nothing was missing or damaged.