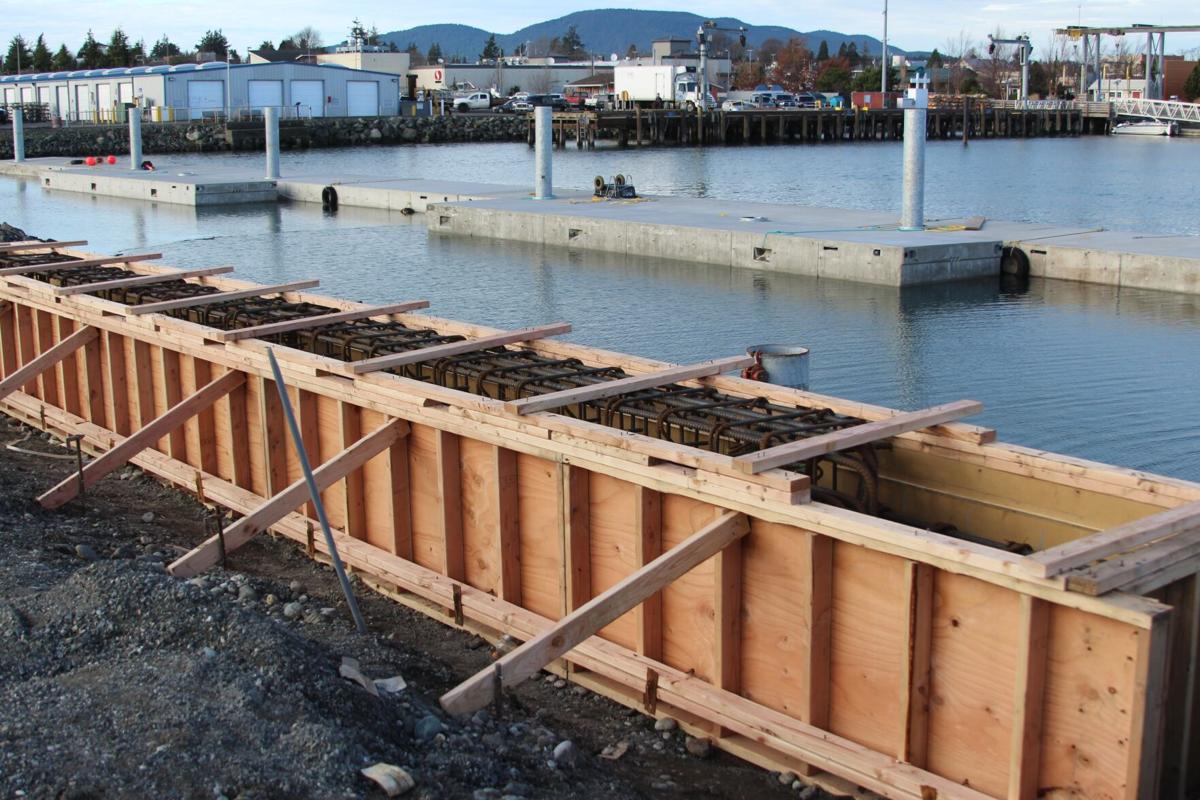 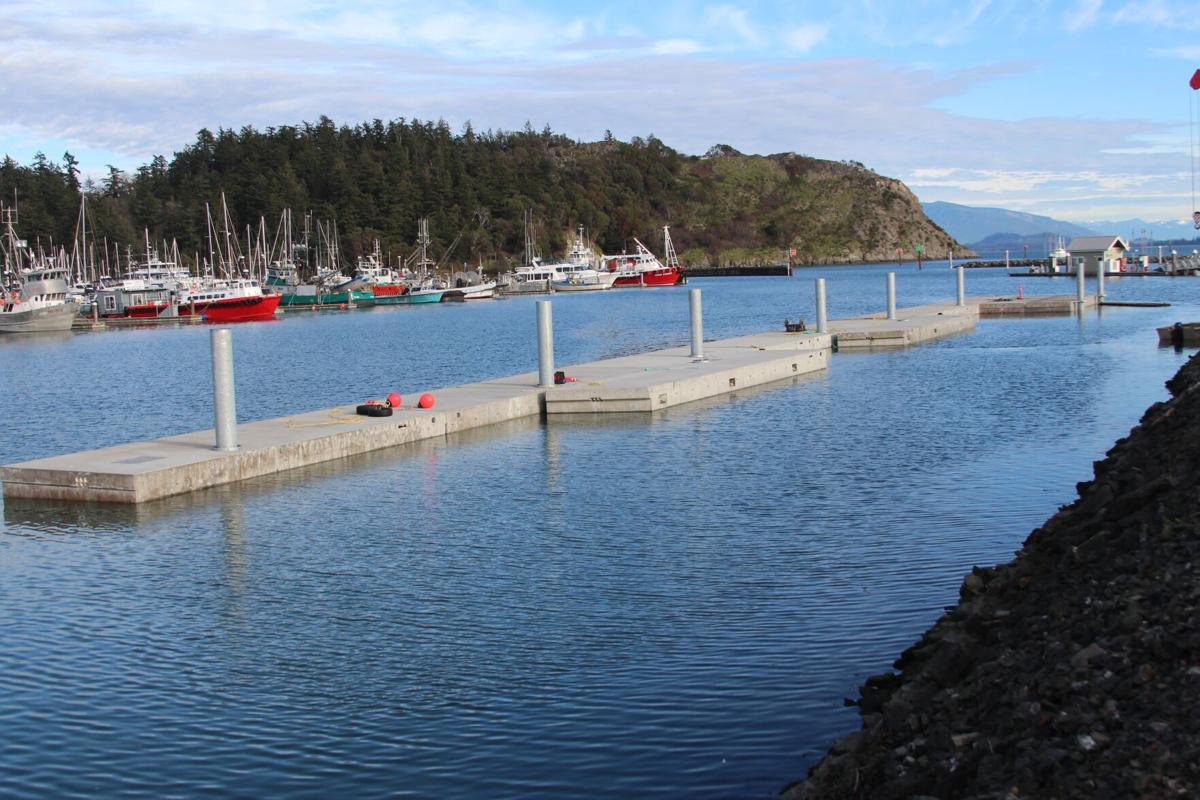 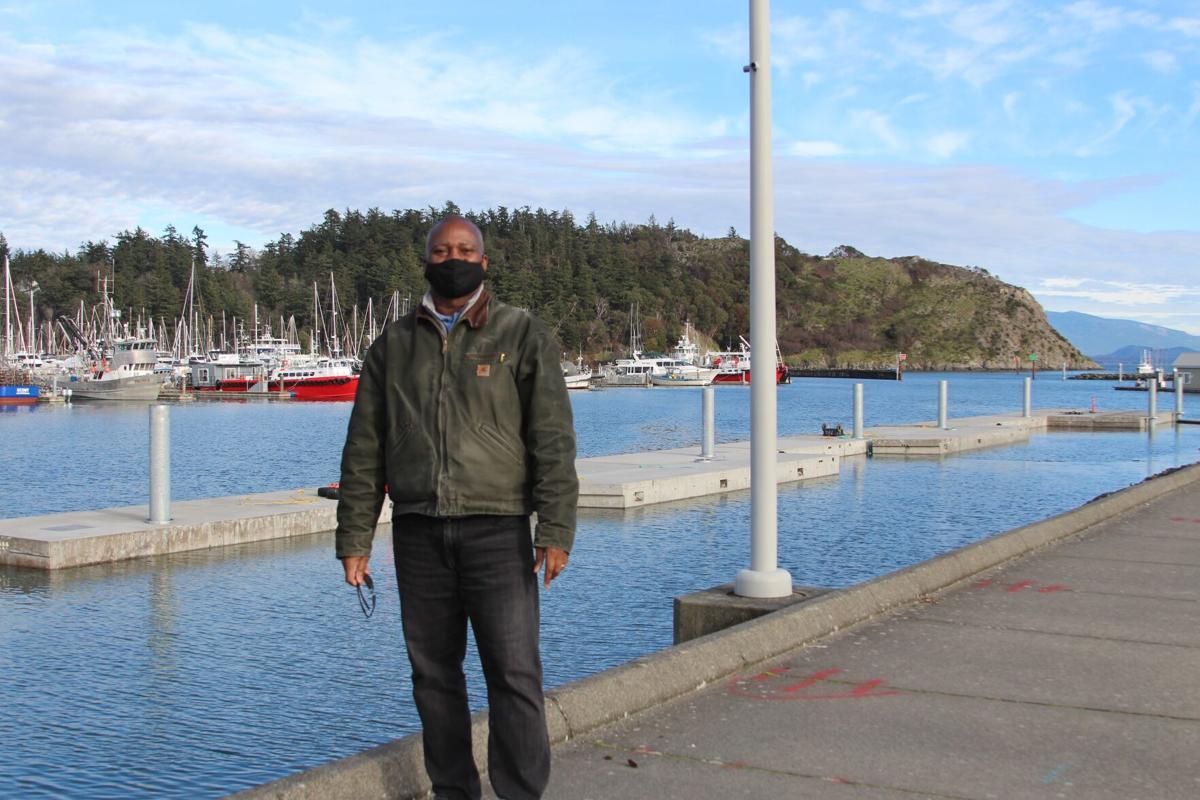 Late last week, Jenkins Dossen stood and looked down at the concrete floats and pilings that make up roughly half of the new A Dock being installed now at Cap Sante Marina.

Even a facemask couldn’t hide his glee at the project moving forward, several years after it started. Dossen, a project manager with the Port of Anacortes, called the construction “a dream come true.”

The new $5.6 million project includes removal of the old A Dock and installation of a new one.

In 2013, a group of stakeholders started meeting to talk about the dock. Because it is used to house commercial vessels, people from those industries like commercial fishing and whale watching, said Brenda Treadwell, the port’s director of planning, properties and environmental.

After the stakeholders had their say, port staff drew up a plan and presented it to the commission. Then, in 2017, they applied for permits.

It took 750 days for the Port to get approval on their permits, which then allowed them to start the bid process.

Now, at long last, the dock project is underway and is scheduled to be completed this spring. American Construction Company is the contractor working on construction on shore.

The A Dock project means the last of the port’s docks at the marina will be modernized, Dossen said. Before, the dock was made partially of wood and was weathered and deteriorating.

The new dock is made of concrete floats and galvanized steel pilings.

“It will last a long, long time,” Dossen said.

The floats are being constructed now at Bellingham Marine. They are created from a concrete shell with a buoyant foam interior, which helps them float on the water, Dossen said. The floats each weigh about 60,000 pounds.

In total, the floats will combine to create a dock that is 565 feet long, Dossen said. They are created and installed in pieces. Right now, construction is slowed a little bit because the manufacturer is still tracking down all the material.

When they are launched in the water, they are put in very specific locations, Dossen said. There are several survey points located around the marina. Crews check each one several times before deciding where to put the galvanized steel pilings that hold the dock in place. The numbers are checked and checked again.

“It took so long to get the permits, we want to make sure we are putting the pilings exactly where they should go,” Dossen said.

The 80-foot pilings are put in the ground with a vibrating hammer that sets them deep into the soil, Dossen said.

In addition to the improved dock, the new project includes an improved gangway and shoreside area where people can get out of the elements. The gangway, is 80 feet long and 96 inches across, wide enough to fit traffic traveling both to and from the dock and for a wheelchair, something the old gangway lacked, Treadwell said.

“It is a massive improvement,” Dossen said.

As part of the environmental mitigation for all the work going on, the port will also place large logs from a nursery in the Tacoma area into the water on the other side of the marina. The logs, which will be roughly 25-30 feet from the shore, will be placed later this week using the long arm of an excavator, Dossen said.

The machinery helps place the logs out beyond the eelgrass beds, but they remain out of the way of vessels, he said. The logs will provide habitat for forage fish.