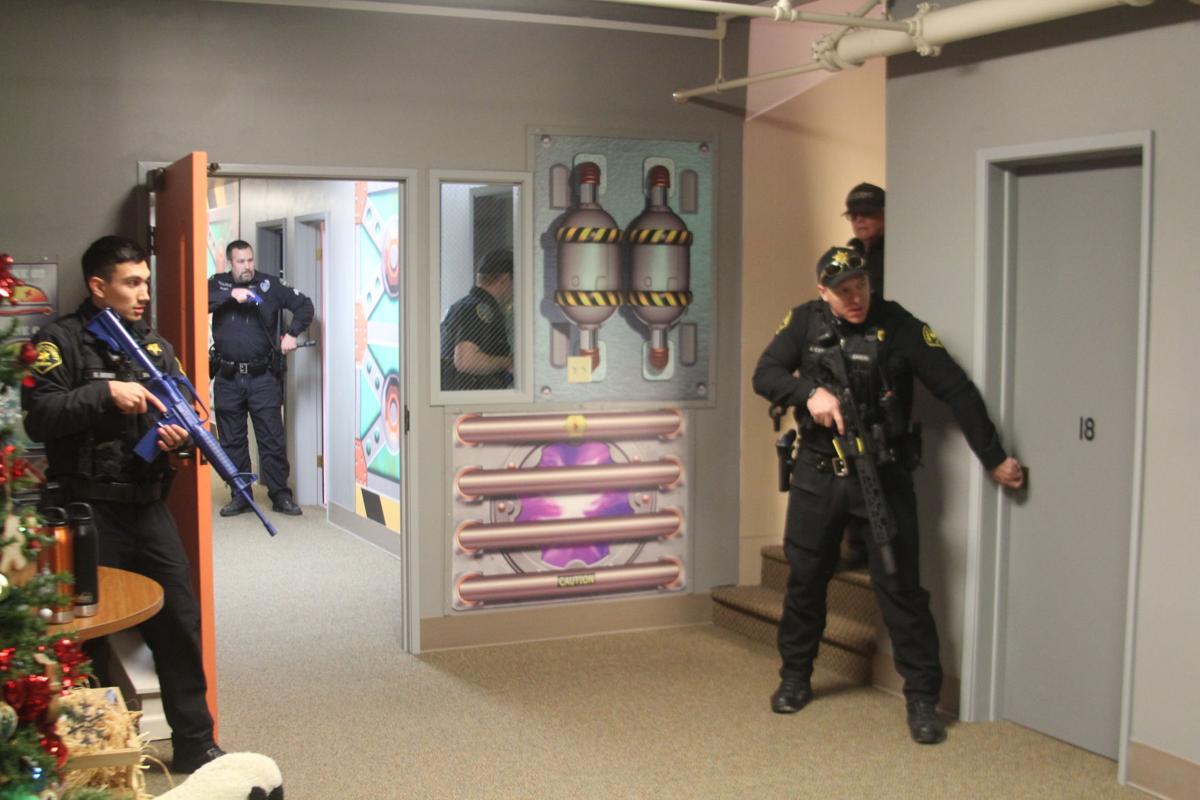 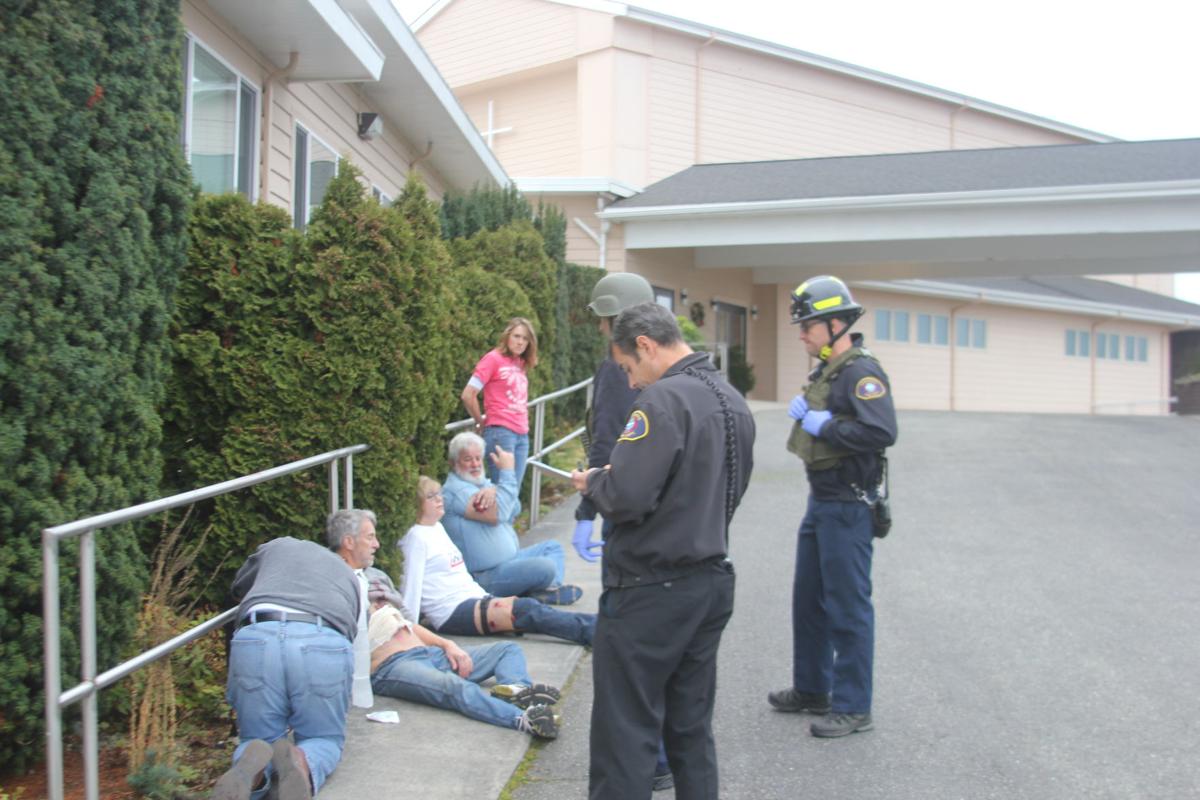 A throng of emergency vehicles and personnel gathered at Anacortes Baptist Church last week for a rare joint practice session to help several agencies prepare for an active threat, such as a shooter.

The plan was to make the simulation seem real enough, complete with armed officers searching for a shooter and medics helping wounded victims. The goal was to strengthen response and establish a procedure on how the agencies work together in an active threat situation, Skagit County sheriff’s deputy Craig Caulk said.

While each department may train on its own for such events, agencies rarely come together to test their unified response.

“There’s not a lot of joint training,” Caulk said. The response practiced in the exercise will serve as a standard operating procedure for the entire county to follow, he said.

Some of the logistical issues to consider include: which agency enters first, what is each agency’s role and which radio frequency to use.

Details were practiced in order to build a consistent plan that can applied to other parts of the county.

Patrick Harrington, one of two principals at Anacortes Middle School, was also on the scene to understand how the School District might work with the agencies if an active threat occurred at a school.

Volunteer actors portrayed victims. Some had plastic wounds affixed to their skin and fake blood to make the exercise more realistic.

“It’s a stressful situation, a chaotic event,” Caulk said. “We want to portray that.”

The simulation began with actors taking their positions inside the church, then police arriving on scene and starting to secure the area and locate the shooter. As other departments arrived, tasks were delegated and communication was tested. For the exercise, all lethal weapons on the officers were replaced with nonoperational stand-ins.

The training is something the agencies have been working up to for a while, said Jesse Buffum of the Anacortes Police Department.

Rusty Van Deusen, chaplain to both the Anacortes police and fire departments, portrayed a victim — a role he described as tense.

“I’m very thankful we’re doing these trainings,” he said. “Glad there is the foresight and willingness to get together now.”