Excavation at the site of the planned gas station and convenience store has already begun. 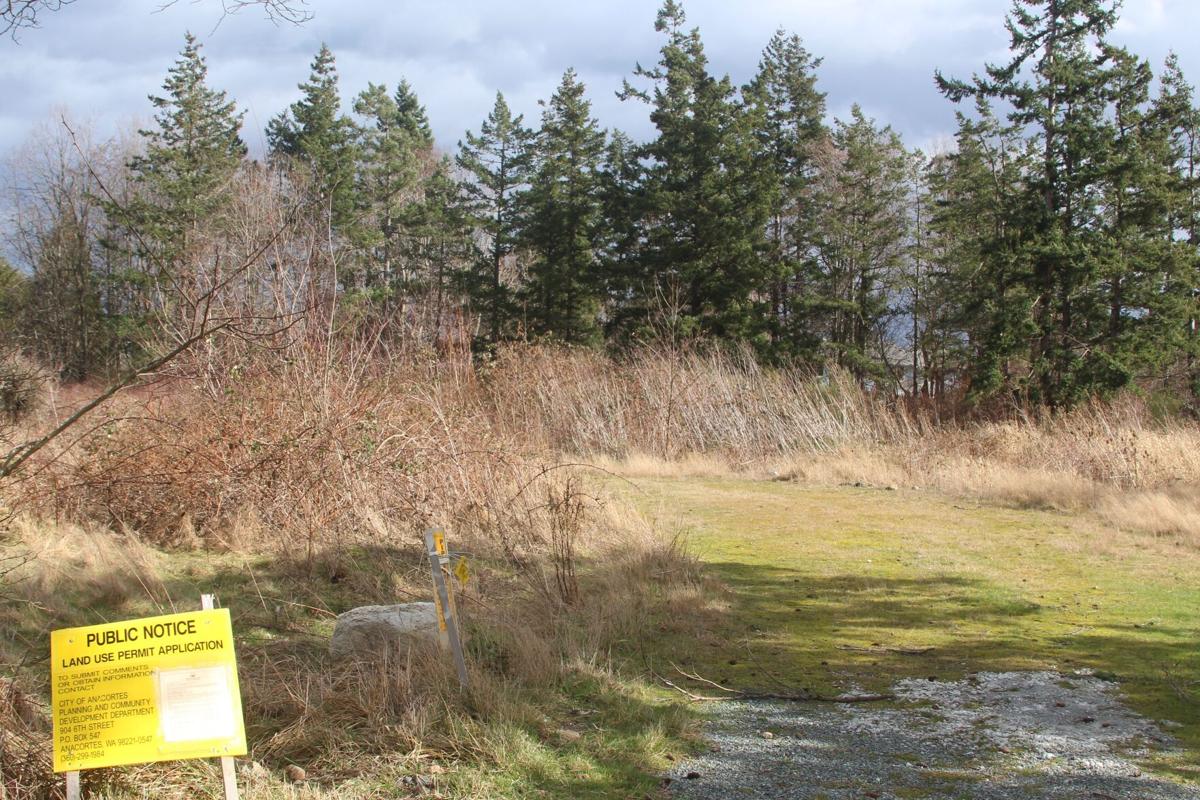 Plans to build 14 cottage-style units are not yet realized, though the project is hoped to be completed by year's end. 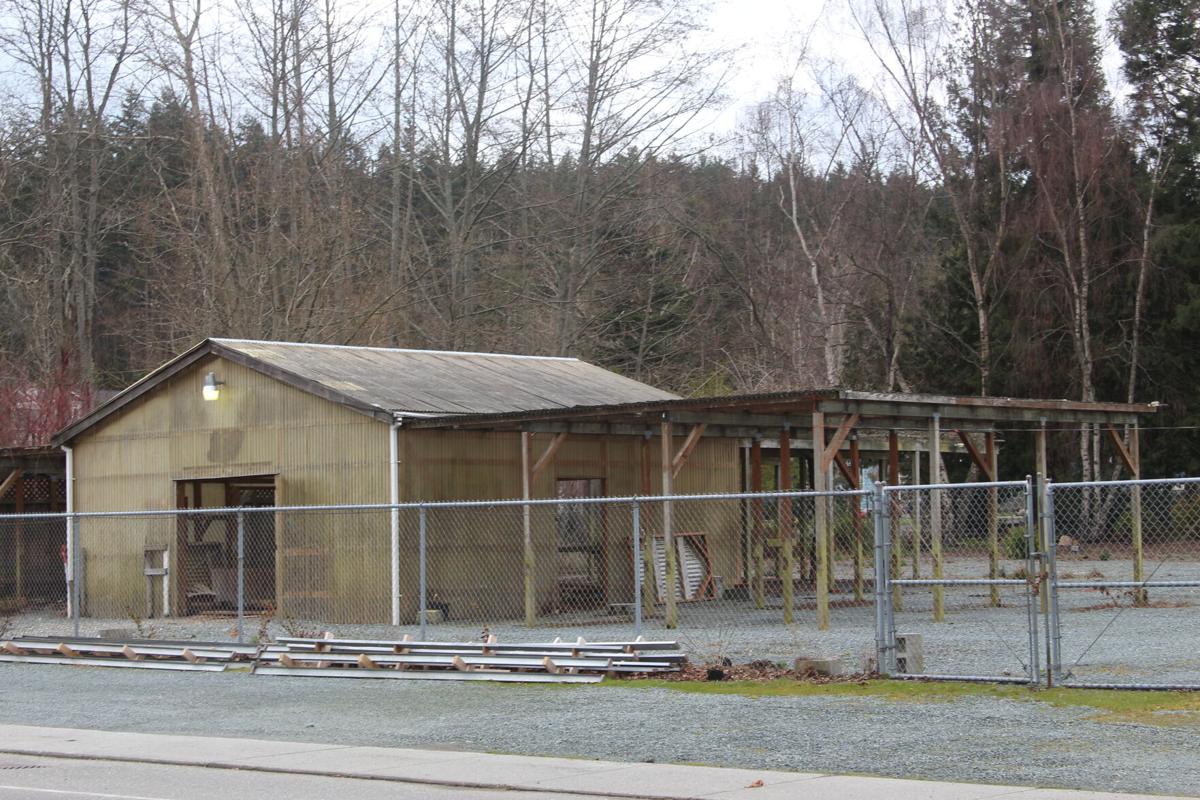 The lot on D Avenue which was once a plant nursery is planned to be the site of another childcare facility run by the Samish. The name “D Avenue Nursery” might be kept for it.

More than two decades after regaining federal recognition, the Samish Indian Nation is progressing in multiple developments across Fidalgo Island — one small part of an ancestral homeland that once spanned the San Juan Islands.

While the tribe lacks a reservation, it owns several properties with some land in trust, which gives it the same rights as a reservation. The Samish intend to pursue trust status for other properties.

But there have been snags in the tribe’s pursuit of that, as well, resulting in legal challenges that could delay plans for years.

“If I’ve learned anything from being a tribal leader, it’s that perseverance is key to accomplishing goals,” said Tom Wooten, chairman of the Samish Indian Nation.

Some projects will occur sooner than others.

Development plans for Samish property include a gas station already underway, a cultural center, a housing project, a second childcare facility, and eventually, a casino by Thompson Road and Highway 20.

The gas station/convenience store are already underway — after a court battle.

Excavators are working at the site of a planned gas station which will be run by Samcor, the economic arm of the Samish Nation. Samcor Fuels & More will be located at Highway 20 and Almida Vista Place and include six fuel pumps and a convenience store with a drive-through tobacco window.

In September, a state Court of Appeals sided with the Samish’s effort to negotiate a fuel tax agreement with the state Department of Licensing. The state had argued that because the Samish had no formal reservation, it could not enter into these negotiations.

Because the state cannot tax tribal activities, the fuel taxes are refunded back to the tribal government. These agreements stipulate where the money will go, usually infrastructure and other programs.

The Court of Appeals determined that there was no distinction between reservation land and land held in trust. Winning their case, negotiations between the Samish and state Licensing are now underway.

Nearby, the Samish is also planning a three-legged roundabout project at the intersection of Highway 20 and Campbell Lake Road to help better access to the land it owns, including the site of Samcor Fuels and a proposed cultural center near Campbell Lake.

The project is estimated to cost $3.2 million, but still needs $1.5 million before construction would begin.

The Samish Longhouse at D Avenue and 16th Street, home to the Head Start and early childcare facility that the Samish Indian Nation runs for the area community is currently being remodeled. A new HVAC system will be installed, and the interior will be “almost completely new,” said Ryan Walters, planning director. Outside, the fence and playground have also been replaced.

The remodeling is estimated to be complete by the end of March, but COVID-19 guidelines will affect the opening date.

Two lots over, the Samish acquired the lot formerly occupied by the D Avenue Nursery in May 2020. It has plans to turn the lot, once dedicated to plants, into a facility devoted to childcare. Wooten said the expansion of childcare facilities will provide services beneficial to both the Samish and broader community. He hopes that the name “D Avenue Nursery,” can be kept for the new facility.

A state grant is being used to fund the project, which state Rep. Alex Ramel, D-Bellingham, helped secure, Walters said.

It will be a separate facility with common management, said Walters, who is also a current Anacortes City Council member.

The Samish also has its first housing project in the works nearby at a two-acre site at 2109 34th Street, off of D Avenue.

The project will have 14 two-bedroom cottages, each with 1,000 square feet and a 300-square-foot carport. The site will also feature a playground and a small community building, which will also have a second-floor apartment for an on-site manager.

Half of the units will be subsidized, and priority will go to tribal citizens who are seniors, low-income, have disabilities or are veterans.

The plans are in a second round of revisions with the city, Walters said. The Nation hopes for it to be finished by year’s end.

The project will help ease the housing shortage in Anacortes and is the “first of several we’d like to see happen,” Wooten said.

Some other plans will require crossing legal hurdles before they can move forward.

The cultural center is envisioned as a 33,000-square-foot building to be built on Samish land near Campbell Lake. But that land is not in trust, and Skagit County zoning requirements restrict buildings to be under 25,000 square feet. Rather than shrink the size of the project, the Samish intend to pursue trust status for the property, which would give them full control over it.

Therefore, plans for the center at Tibbles Lane are currently on hold. The Samish Nation has a pending fee-to-trust application for that land, though Wooten said we are “years away from the People’s House from becoming a reality.”

The tribe has been working to get multiple segments of land it owns into trust. Getting land into trust next to pre-existing trust land is supposed to be easier, but that has not been the case for the Samish, Wooten said.

The Samish have faced such difficulties for decades.

Then an opinion by the U.S. Department of the Interior in 2014 required the Samish to submit evidence for each application proving that the tribe was under federal jurisdiction, though this opinion was withdrawn in March 2020.

“(Getting land into trust) has been a major hold up in what we’re trying to do,” Wooten said.

Hurdles haven’t come just from the state. Craig Dorsay, a lawyer for the Samish government, said all the applications the Samish have for getting land into trust have been appealed by the neighboring Swinomish Indian Tribal Community, which has its own reservation, gas station, casino, hotel and more not far from some of the property the Samish hope to develop.

The Samish applied in 2018 to get into trust 6.5 acres next to the preexisting trust land it has near Campbell Lake. The application also was appealed and is still waiting with the Interior Board of Indian Appeals.

These challenges could mean years before ground could be broken on the cultural center or the proposed casino, which would be built on a plot of land owned by the Samish by Thompson Road and Highway 20. That property is 2.5 miles from the Swinomish Casino and Lodge on the other side of the highway.

On a smaller and less controversial scale, the Samish is working with the City and Port of Anacortes on plans for the N Avenue park to create a space dedicated to the shared history of the Samish people and Anacortes.

“A lot of people don’t even know that the Samish people have been here forever,” Wooten said.

Wooten said he hopes the park project will be one of many collaborations with the city in years to come.

“This a great place to live. We’ve known that for generations, and others are figuring this out, so we’ve got to work together to all get along,” Wooten said. “We’re pulling the same canoe in the same direction.”