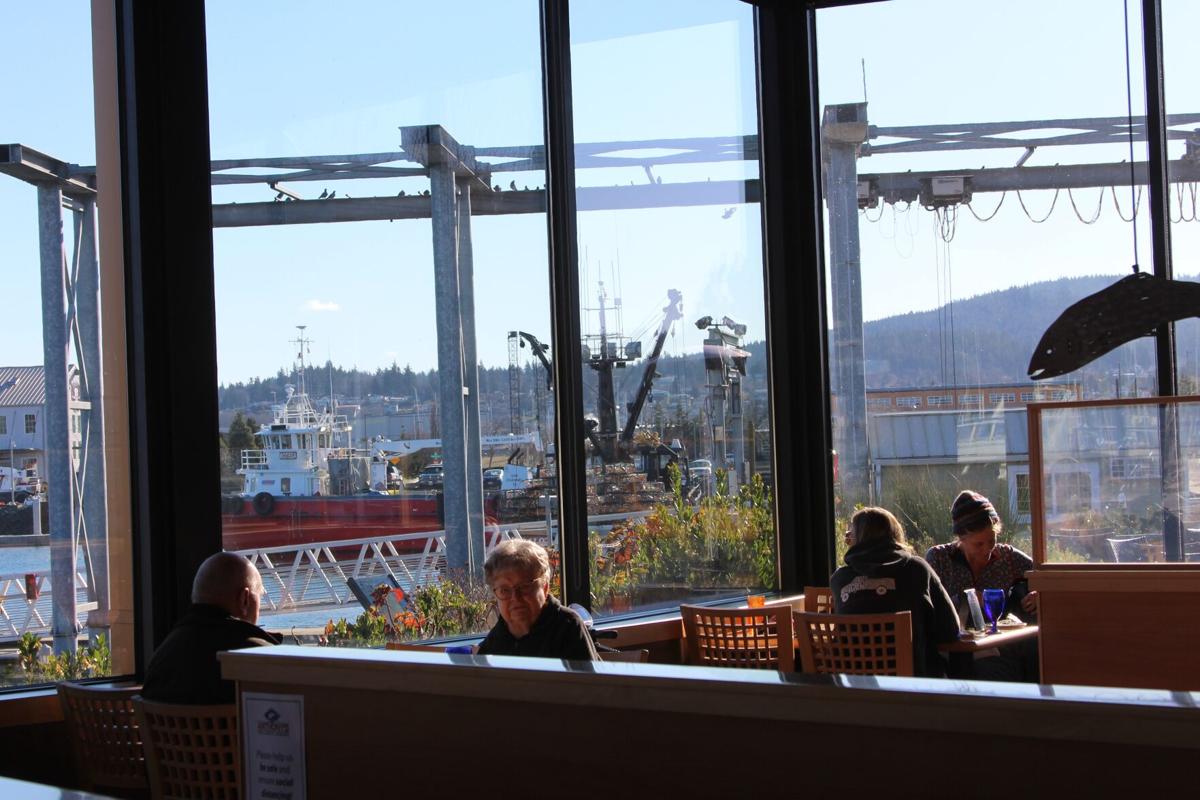 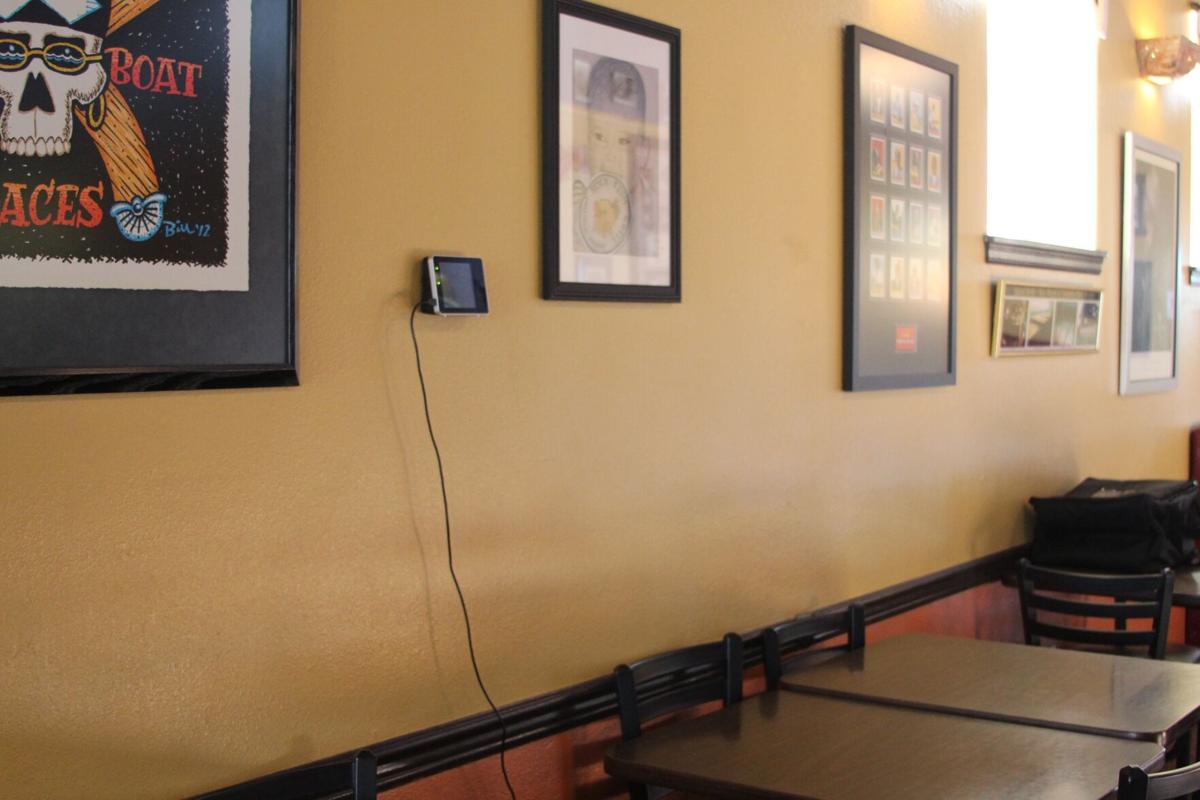 A carbon dioxide monitor is attached to the wall at the Rockfish Grill. Owner Allen Rhoades said it cost $160. 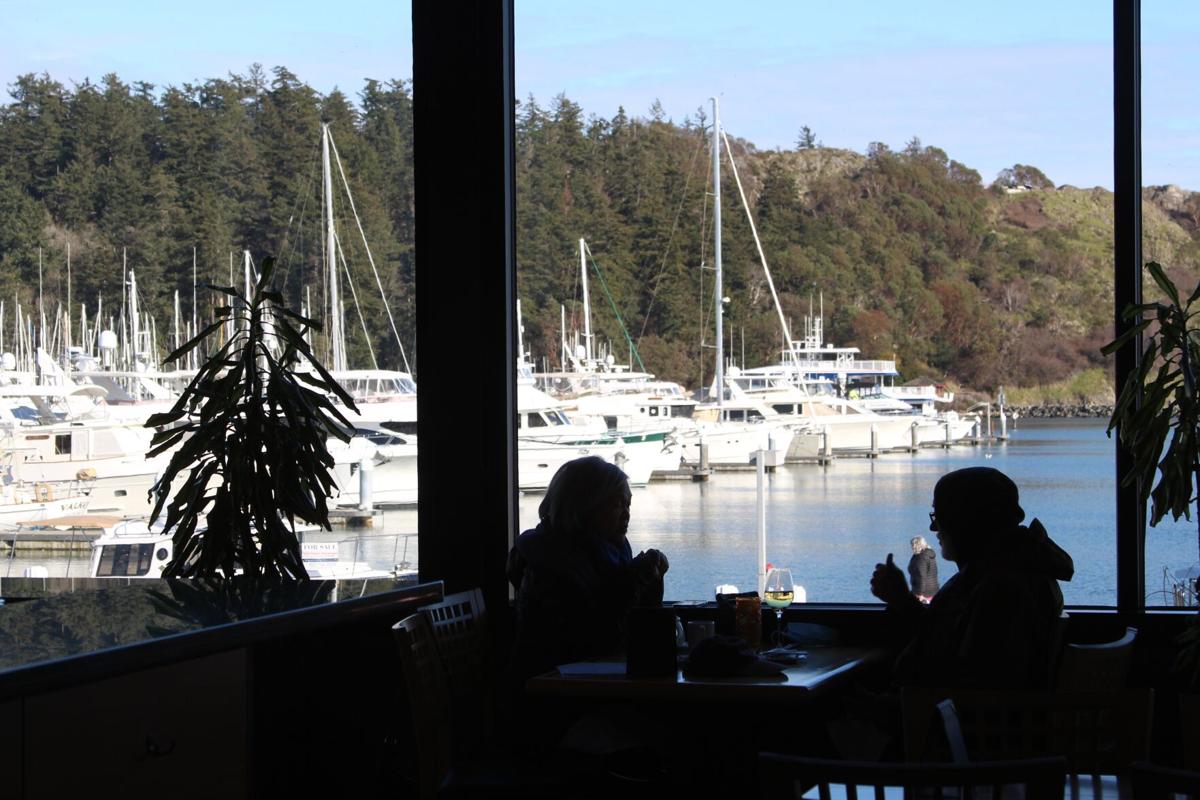 Temperatures will go down this week, so an option to sit inside might be welcome to diners in the area.

A carbon dioxide monitor is attached to the wall at the Rockfish Grill. Owner Allen Rhoades said it cost $160.

Temperatures will go down this week, so an option to sit inside might be welcome to diners in the area.

Some Anacortes restaurants have been taking advantage of an “open-air” guideline, which allows for partial indoor dining without having to move into Phase 2 of Gov. Jay Inslee’s Healthy Washington reopening plan, which went into effect last month.

The guidelines allow for 25% capacity if the building has one or more walls with open bay doors, multiple open windows or other spaces creating airflow. Carbon dioxide levels must not exceed 450 parts per million, so businesses that have the capability to create enough airflow have been adding CO2 monitors to the list of other new supplies, such as face masks and gloves, necessary for businesses to open during the pandemic.

Anthony’s, Bastion Brewing Co., Bob’s Chowder Bar, Real Tequila and Rockfish Grill are among the restaurants that have begun partial seating indoors, in addition to take-out and outdoor seating options.

Kasy Baker, manager of Anthony’s, said they’ve been keeping doors open and seating people only where there is air circulation and also monitoring CO2.

Ross Atterberry, manager of Bob’s Chowder Bar, said they’ve had plenty of people sit inside since offering five indoor tables over a week ago.

For those who are uncomfortable with sitting inside, a patio and pavilion are offered outside, Atterberry said.

Bastion Brewing is recommending people bring blankets and coats to dine in, as the building’s garage doors are open.

Rockfish Grill owner Allen Rhoades said that while it helps to offer table space indoors, “it’s a far cry to what we need to be profitable.”

He estimates the temperature inside is in the low 60s with the “open air” guidance.

Rhoades said he hopes that this Friday the North Region, which includes Fidalgo Island as part of Skagit County, will be able to move on to the second phase of the state reopening plan so that 25 percent capacity can continue without windows and doors open.

Until then, the weather continues to be a challenge. High temperatures are predicted to stay down in the 30s for the rest of this week with possible snow. Rain next week will come with temperatures in the mid to upper 40s.