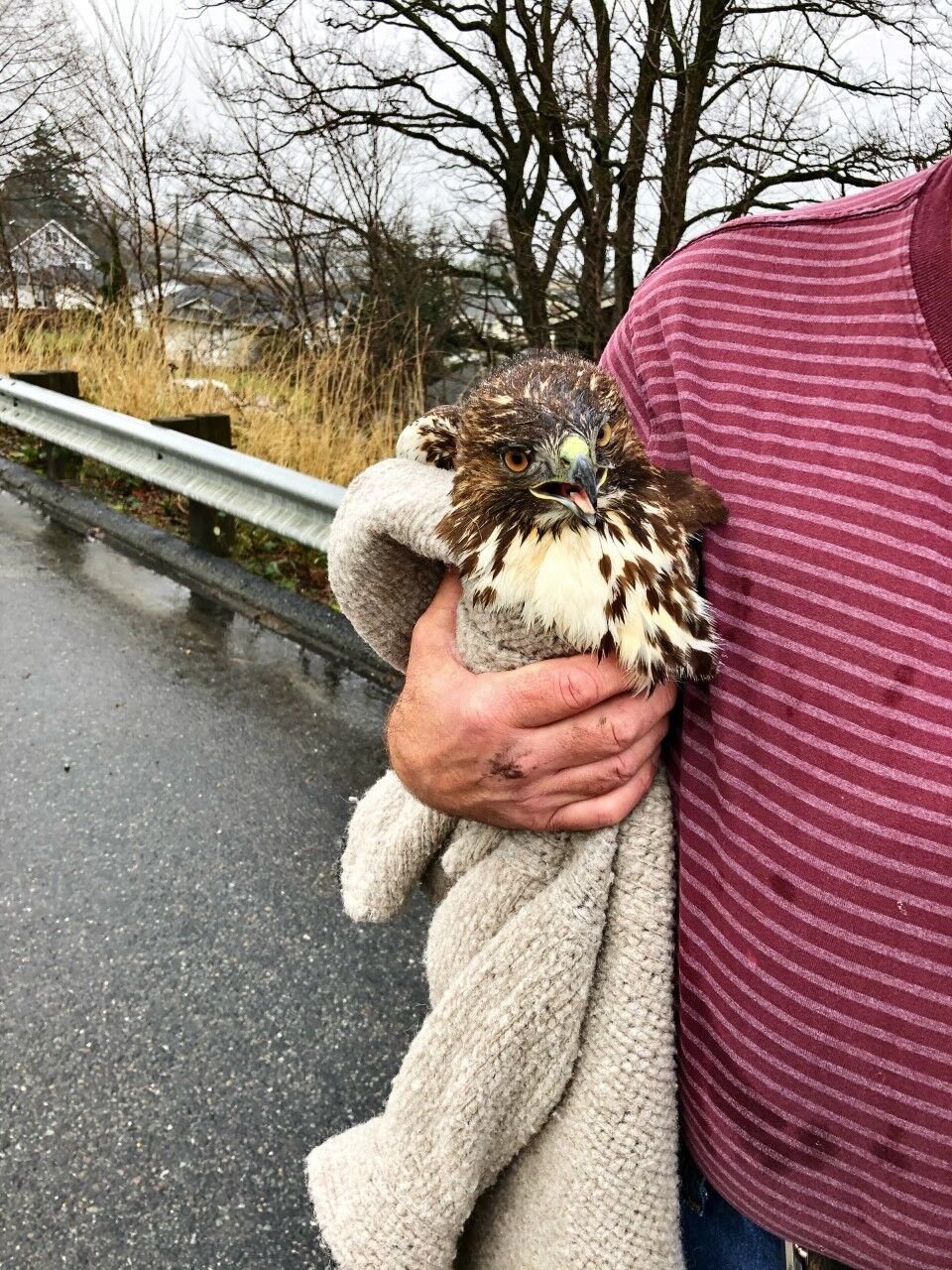 Brad Shuman holds a red-tailed hawk he removed off of Highway 20 on Fidalgo Island on New Year's Eve. The hawk was brought to Wolf Hollow, where it was determined to have had a fractured shoulder. 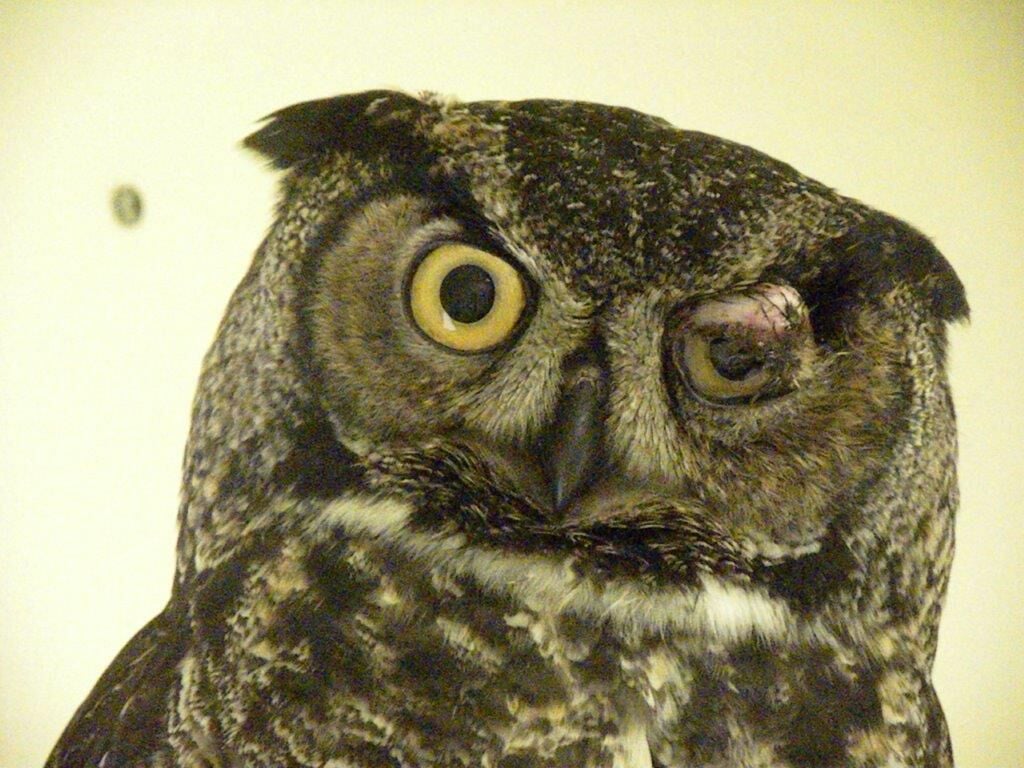 A great horned owl found stuck in a bared-wire fence near Trafton Lake last February was successfully rehabilitated and released. 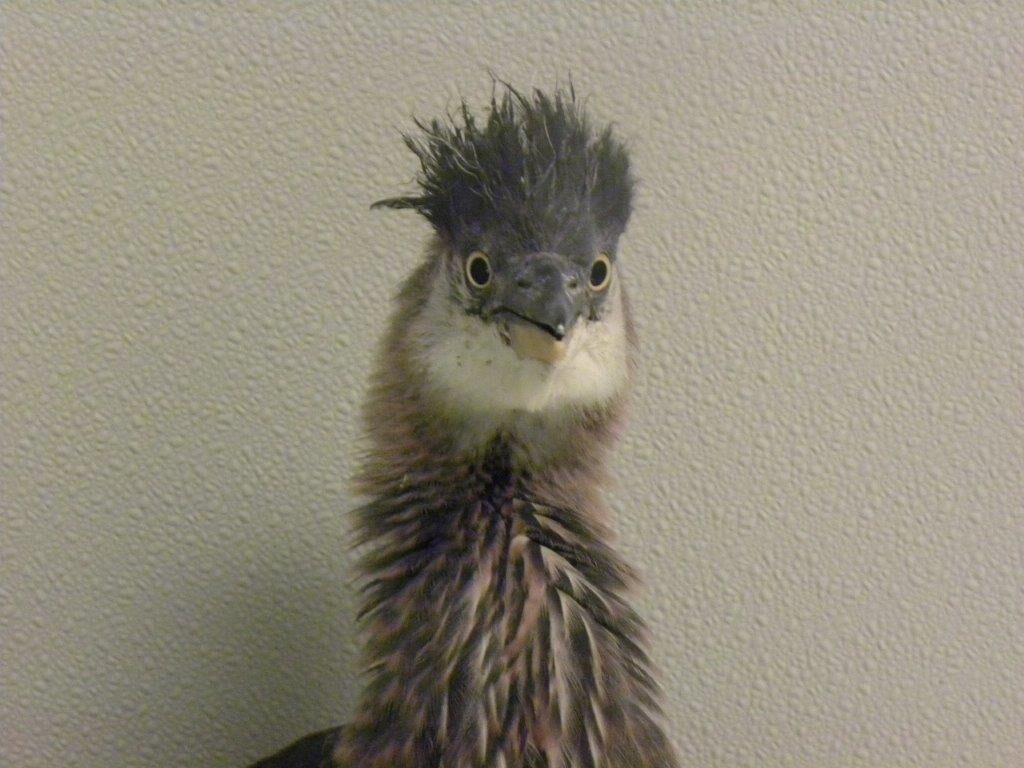 This great blue heron nestling was rescued by Wolf Hollow volunteers after falling from a high nest near the Skyline Marina area.

Brad Shuman holds a red-tailed hawk he removed off of Highway 20 on Fidalgo Island on New Year's Eve. The hawk was brought to Wolf Hollow, where it was determined to have had a fractured shoulder.

A great horned owl found stuck in a bared-wire fence near Trafton Lake last February was successfully rehabilitated and released.

This great blue heron nestling was rescued by Wolf Hollow volunteers after falling from a high nest near the Skyline Marina area.

All sorts of Fidalgo Island critters have found their way to Wolf Hollow Wildlife Rehabilitation Center over the years, and 2020 was no exception. In fact, Shona Aitken, education coordinator for the center, said there were more calls than previous years from concerned people noticing wildlife and wondering if they needed help.

Many of them did. Over 200 animals were released from the center after rehabilitation in 2020, Aitken said.

One of them was a great horned owl, found in February stuck in a barbed-wire fence – a barb had caught its eyelid.

“The eyelid was swollen and a bit torn, but the eye itself was in pretty good shape,” Aitken said. The finders untangled the owl and wrapped it in a coat before giving it to a center volunteer. After treatment, it was released a month later.

In June, a Great Blue Heron nestling was found in the Skyline Marina area. Because the herons nest high up in trees, there was no way to return it, and it was brought to the center, where it was fed fish until it learned to fly and was released after two months. They are funny looking chicks, Aitken said.

“They’ve got a great big beak, great big feet and down sticking out all over the place,” Aitken said.

Just over half of the animals taken to the center, which is located on San Juan Island, are from Skagit County. The center relies on a network of animal transport volunteers who can respond and transport the animals by ferry or San Juan Airlines.

Shelley McGuire is one of eight volunteers in the network based on Fidalgo Island. She has been a volunteer since 1998 and has helped transport countless animals.

McGuire got involved after reading an Anacortes American article in 1997 about the rescue of two fawns. For a few years, McGuire took the ferry to San Juan Island once a week to volunteer at the center. She still remains at the ready. Working from home in the software industry gives her flexibility to be on-call frequently, she said.

This time of year is especially difficult for wildlife rehabilitation, because of high winds and fewer people outside to spot injured animals before it’s too late. In the summer, it’s as busy as a few calls a week or just as many in a single day.

In May, twin fawns were found in the Skyline area. After observing that the mother had not come back a day later, McGuire helped to transport them to the center.

One fawn did not survive, but the other was released with some other fawns that were rehabilitated in November.

A red-tailed hawk was rescued from Highway 20 on Fidalgo Island on New Year’s Eve and later ended up at the center. Because of its fractured shoulder, chances of recovery were slim so it was euthanized, Aitken said.

Among other notable creatures brought to the center were an injured eagle, completely pale from a condition known as leucism. It was released six days later. A seal pup hooked in a fishing line was treated and released after six weeks.

If you find an animal that appears to be injured or alone, Aitken recommends calling Wolf Hollow for advice. Sometimes young animals that seem alone don’t actually need help.

“If you’re on a forest trail and you see a fledgling, don’t pick it up,” McGuire said. Instead, come back later to see if it is still there. She said the best thing to do is assess the situation and ask “Is the animal threatened by something?”

If there are any doubts or concerns in a situation with wildlife, call Wolf Hollow for advice, McGuire said. “They understand what needs to be considered.

“The most important thing is to not put yourself in harm’s way,” McGuire said.