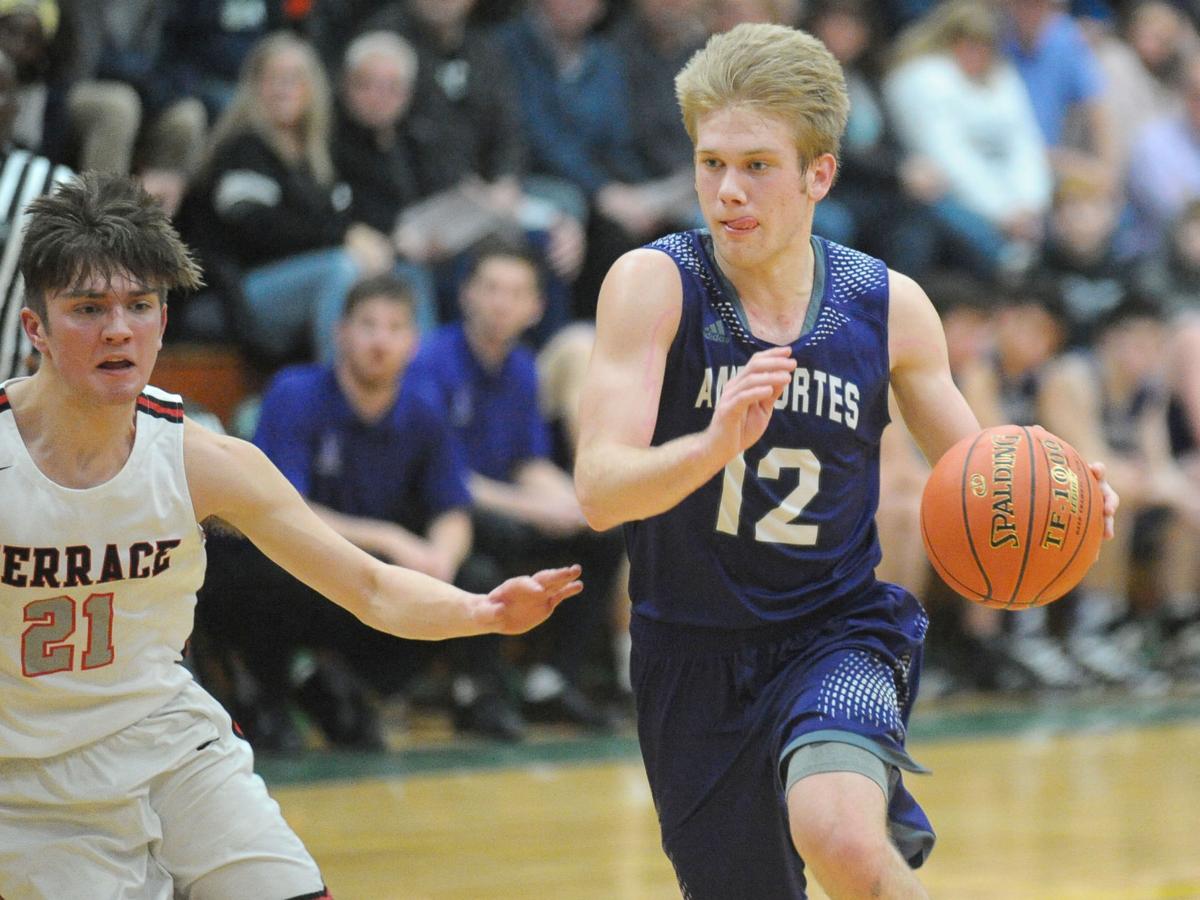 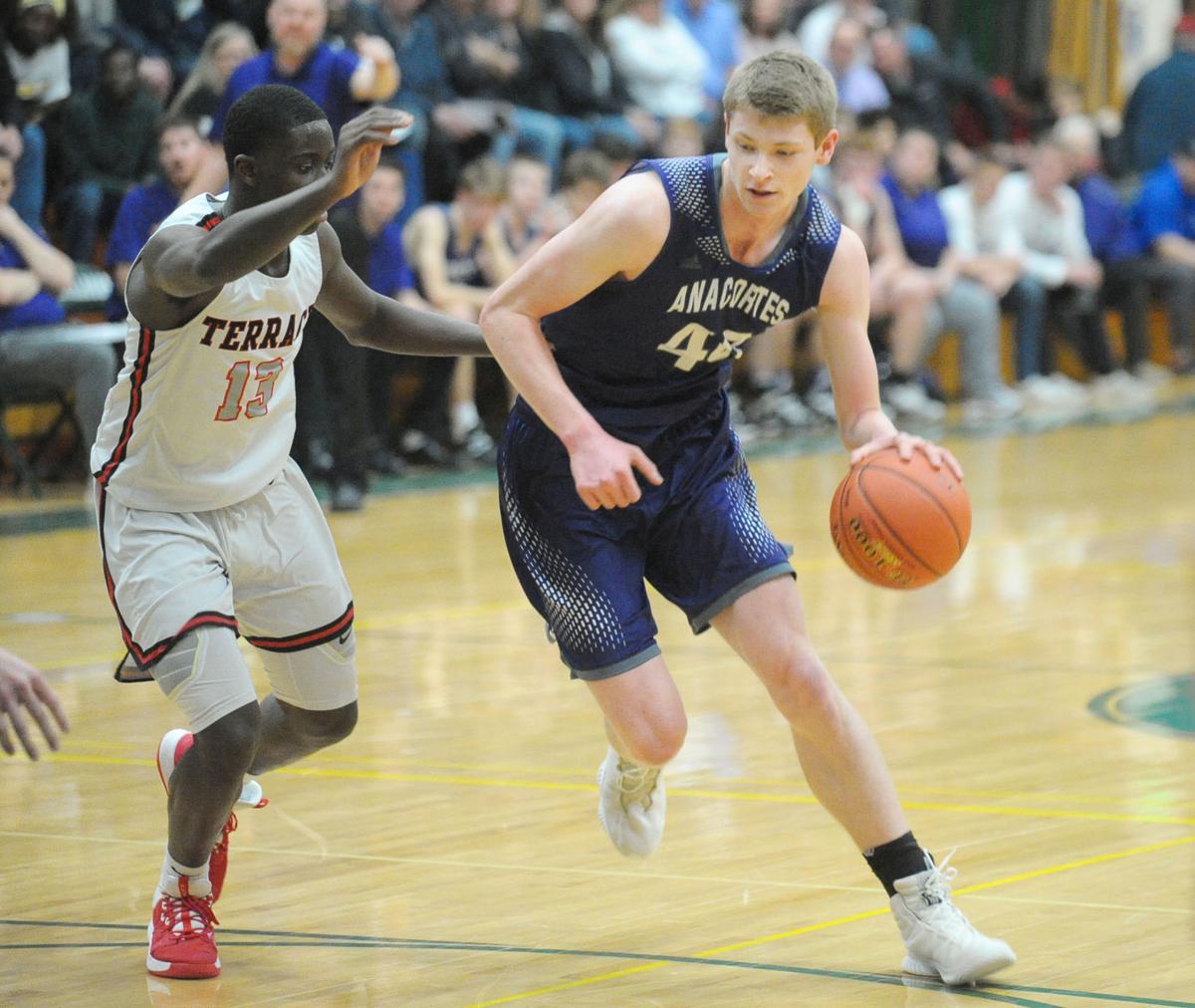 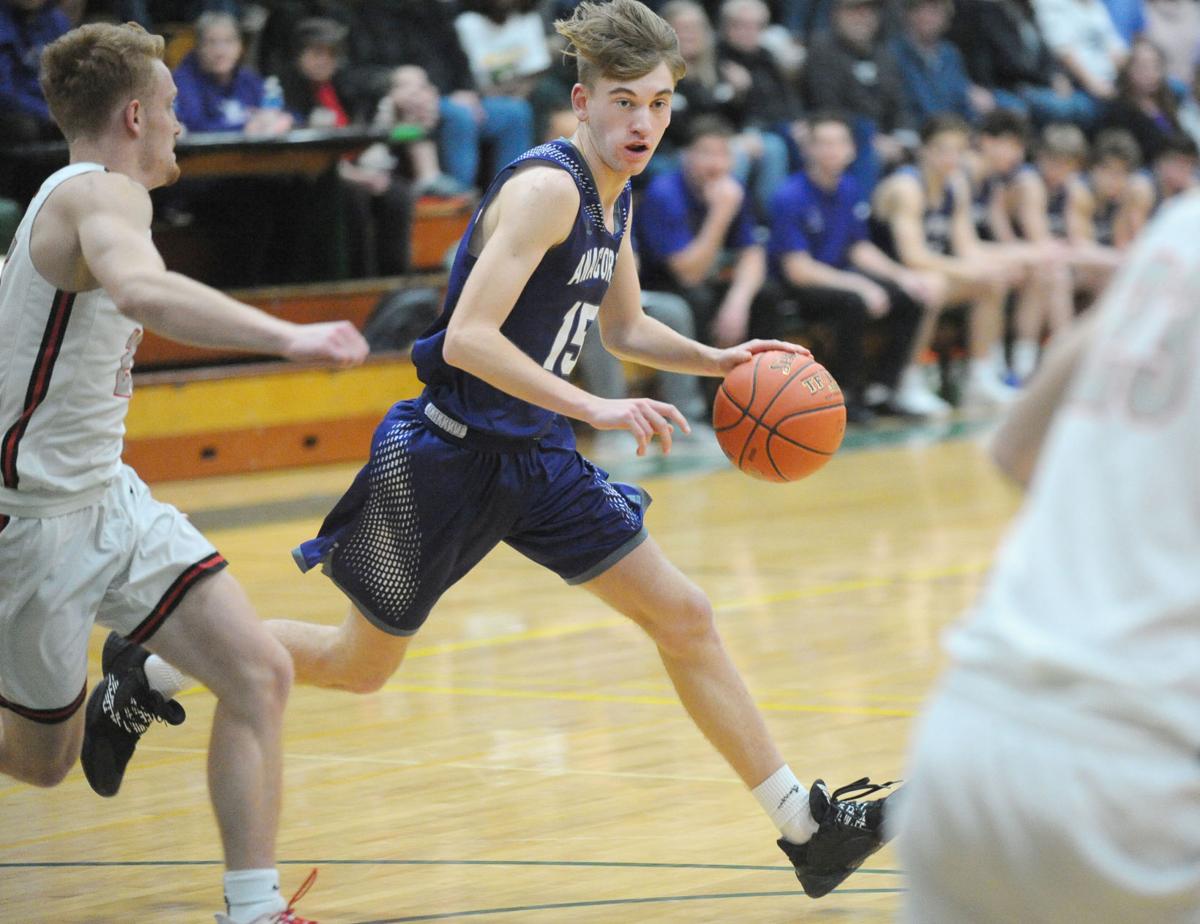 The Anacortes High School basketball teams’ state title hopes ended at districts, though each battled through several rounds to end up in fourth place.

The boys basketball team won twice last week (including a win against top-ranked Burlington-Edison) but fell to Mountlake Terrace for the second time in a week in the final game. The team ended its season 14-11.

The girls team picked up two wins and then fell to Liberty in its final game of the season Friday, Feb. 21, finishing 5-8 in league and 10-15 overall.

Chase Cornett, Alek Miller and Treyton Wilbur each scored a dozen points to help boost the Seahawks to the season-saving win in the Bi-District 2A Tournament Tuesday, Feb. 18.

Wilbur played his best game of the season and Miller gave the Seahawks a key performance early, hitting three 3-pointers in the first quarter.

Gaige Berow added an important performance for the Seahawks (13-10) as well, Senff said.

“He was rock-solid in the second half. He gave us energy, effort, deflections,” Senff said.

Senff said the Seahawks’ coaching staff pushed guard Kaeden Flynn to shoot more, even running specific drills to get the pass-first point guard in the habit of getting to the rim Thursday, Feb. 20.

Flynn showed that he’d been listening, helping the Seahawks get their biggest win of the season.

The Seahawks trailed most of the game against the Northwest Conference champion Tigers, but Aggergaard hit a long 3-pointer late to give them a one-point margin.

Flynn added a driving layup to stretch the lead to three and later hit a free throw for the final margin.

“You’ve got to put your heart on your sleeve,” Senff said of the loser-out matchup. “We just played free and loose. We played aggressive.”

He said several performances were crucial: Flynn, who was canny both offensively and defensively against a Tigers team that had defeated Anacortes in their two previous matchups; Eaton, who found a way to score against D.J. Clark, a defender Senff said is one of the best in the conference; and Aggergaard, who hit an important shot late.

“Michael has good range; he just needs a look,” Senff said of the junior guard. “He knocked it down from about 30 feet.”

The Anacortes Seahawks boys’ basketball team enjoyed a valiant run at the 2A Bi-District Tournament.

The team’s season came to an end Saturday, Feb. 22, at Mount Vernon High School as Anacortes fell to the Hawks of Mountlake Terrace 65-49.

“The effort was there,” Senff said. “The energy was there. Unfortunately, turnovers late hurt us again. We were within four with about five minutes to go.

“Again, the score is really not representative of the game. It was closer than it looked.”

Eaton ended the game with 20 points for the Seahawks.

“He really refocused his game,” Senff said of Eaton. “Kaeden Flynn and Chase Cornett, in their last game, left it all out on the floor, just like Seahawks do. And our fans were incredible. The crowd support was awesome. To watch them come out and support these kids and all their hard work, it was really humbling. It was unbelievable.”

The Seahawks staved off elimination with the win over Sehome at the Bi-District 2A Tournament game at Mount Vernon Christian School on Monday, Feb. 17.

“We came out and played solid defense,” Anacortes coach Nate Dunham said. “We held them to 14 points in the first half.”

The Seahawks led 27-14 at the break and relied on solid rebounding in the second half to keep the Mariners at bay.

“We did a good job blocking out,” Dunham said. “(Sehome) didn’t get many second shot opportunities in the second half. And we did a better job offensively.”

Katrina Hudson finished with 15 points to lead the Seahawks, going 3-for-3 from behind the arc. Camryn Kerr and Alizee Hargrove each finished with 13 points.

The Seahawks stayed alive in the postseason with the win in a loser-out game of the tournament Wednesday, Feb. 19.

“Our perimeter players did a really good job,” holding the Totems to just a few 3s, he said.

Anacortes’ bid to make the regional round of the state tournament fell a game short as its season ended Friday, Feb. 21.

“The girls played hard,” Dunham said. “We have no regrets. We aren’t satisfied by any means, but we are playing a lot of youngsters and they got a lot of experience.”

The first quarter would prove to be the difference as the Patriots jumped out to a 24-11 lead and the Seahawks never recovered.

“We just dug ourselves a hole we couldn’t get out of,” Dunham said. “I think we may have cut it to seven in the third quarter, but that was it.”

Hargrove led the Seahawks in scoring with 14 points while Hudson, Kerr and Lindsey South all finished with eight points.

1 Keep it Clean. Please avoid obscene, vulgar, lewd, racist or sexually-oriented language. Don't Threaten or Abuse. Threats of harming another person will not be tolerated. AND PLEASE TURN OFF CAPS LOCK. Be Truthful. Don't knowingly lie about anyone or anything. Be Nice. No racism, sexism or any sort of -ism that is degrading to another person. Be Proactive. Use the 'Report' link on each comment to let us know of abusive posts. Share with Us. We'd love to hear eyewitness accounts, the history behind an article.
Click Here to View Local Restaurant Takeout & Delivery Options
Click Here to View Local Restaurant Takeout & Delivery Options