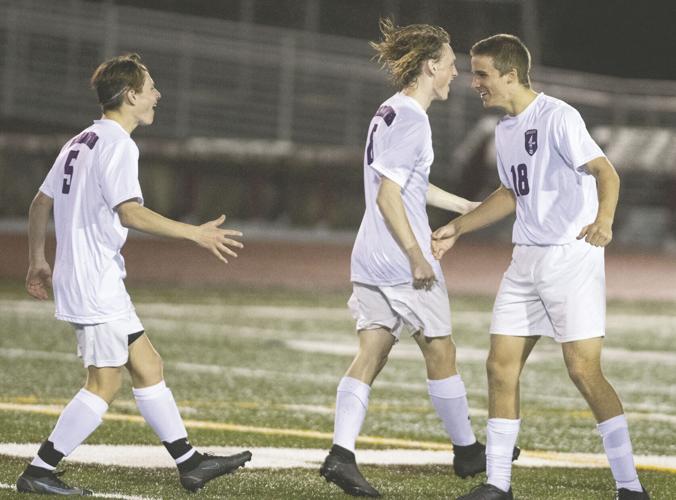 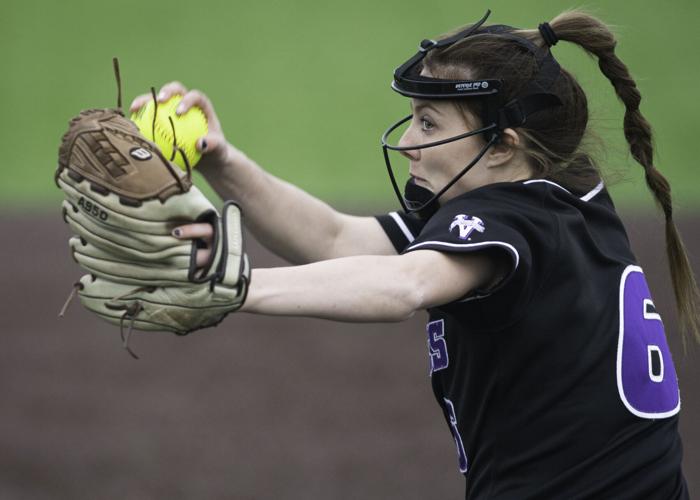 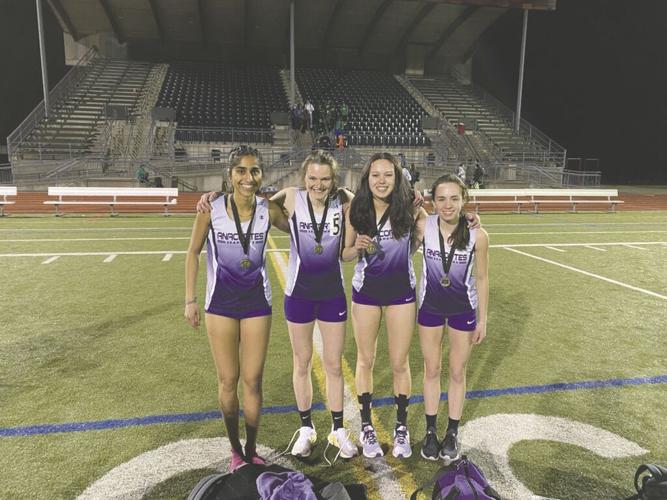 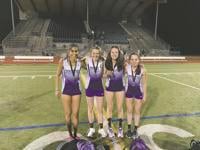 A win and two ties last week put the Anacortes High School boys soccer team at a record of 2-1-3 overall and 1-1-3 in conference.

The Anacortes soccer team hit the road Monday, March 21, for a Northwest Conference match against Lakewood.

The Seahawks returned home with the 3-0 victory, evening their conference record at 1-1-1 and improving to 2-1-1 overall.

Aidan Pinson scored all three of the Seahawks’ goals off assists from Wesley Hunter, Noah Hunter and Kaden Jacobson.

“We eventually were able to develop a rhythm and generated some dangerous scoring chances,” he said.

Nelson added his squad had several chances to put the game away, but Lakewood defended and countered well.

“It was a good game for us in that it exposed some places where we need work, but we were also able to improve in some areas that we have recently been focusing on,” he said.

The Anacortes boys’ soccer team had a rough start in its Northwest Conference game against Squalicum on March 23, but the Seahawks mounted a furious rally to earn a 2-2 tie.

“The team put forth a tremendous effort coming back from a two-goal deficit (at halftime) to tie,” said Anacortes coach Brian Nelson. “They were able to claw their way back into the game with gritty determination and a tireless work ethic.”

Anacortes got on the board when Hayden Baumgaertner took a pass from Wesley Hunter and deposited it into the net. Hunter tied the game after taking a pass from Noah Hunter.

Anacortes had a loss and a win last week, ending with a record of 2-4 overall and 1-0 in conference, as of Monday.

Tuesday results were not available at press time. The girls host Squalicum at 4:30 p.m. Thursday and then have a break until they play at 4 p.m. Tuesday, April 12, at Meridian.

Riley Pirkle threw a no-hitter, striking out 14, but Anacortes coach Tom Swapp said his squad was unable to outhit its mistakes.

Abby Ries drove in both runs for the Seahawks with a pair of singles while Kaiah Tull also had two hits.

The Seahawks overcame six errors as Abby Ries and Sammie Baker each drove in four runs.

Pitcher Riley Pirkle struck out 21 and was 5-for-5 as a hitter.

The Anacortes girls won a meet in Bellingham on March 25, scoring 140 points to second-place Bishop Blanchet’s 110 and Mount Vernon’s 90.

Jessica Frydenlund finished first in the 1,600-meter race with a time of 5 minutes, 05.5 seconds.

Taking first place in the 4x400-meter relay was a team made up of Sabine Hambleton, Caitlin Brar, Frydenlund and Casey Lemrick (4:18).

The Anacortes team of Ashley Millegan, Fai Puengpoh, Ashlee Long and Camryn Kerr finished fourth in the 4x100-meter relay (54.99) and the team of Millegan, Alison Sapier, Breann Morgenthaler and Kerr took third in the 4x200-meter relay (1:57.34).

Claire Schnabel set a school record as she took fourth in the shotput with a score 27-11.75. She also took third in discus with a score of 86-11.

The boys took 10th at the same meeting with 25 points.

The team competes at 3:45 p.m. today at Meridian and again at 9 a.m. Saturday, April 9, at the Solberg Invite at Civic Stadium in Bellingham.

The girls won one and lost one last week.

Tuesday results were not available at press time. Up next, they host Sehome at 4 p.m. Thursday, then plays at 4 p.m. Tuesday, April 12, at Lynden.

The Seahawks swept the Cougars in the Northwest Conference match March 22.

“Lakewood has a very young team, and they have doubled their program in just a year,” Myers said. “It was a good experience for both teams. Newcomers to tennis at second doubles, Mikiah Dunham and Emily Toledo, played really well and are looking good in just their third match.”

The Seahawks won one match in the Northwest Conference contest on March 24.

The team won three and lost one last week to end up with a 5-2 record as of Monday and a conference record of 2-0.

Tuesday results were not available at press time. They play at 4 p.m. Thursday at Mount Vernon, then 4 p.m. Monday, April 4, at Oak Harbor. The team will host Lakewood at 4:30 p.m. Tuesday, April 5.

Anacortes pitcher Staely Moore threw a two-hitter with nine strikeouts and no walks in the Northwest Conference opener for both teams on March 22.

“Really well-pitched game by both pitchers,” said Anacortes coach Pat Swapp. “Staely was outstanding for us, and the Meridian kid, Bryce Johnson, is going to be a handful for teams this year.

“We were fortunate to win, and it was a great way to start the league portion of our schedule.”

The Seahawks’ run came in the third inning when Jake Schuh doubled in Xavier Pateli, who had also doubled.

The Seahawks won in five innings on March 24.

Erik Dotzauer led the Seahawks with a triple and five RBI. Schuh, Lucca Dumas, Jacob Hayes and Riley Mitchell all had run-scoring hits.

The Seahawks lost to Cedar Park Christian 5-3 and beat Sequim 16-5.

Against Cedar Park Christian, Anacortes rallied from a 3-0 deficit to tie the game 3-3 in the bottom of the sixth inning on an RBI double by Lucca Dumas.

Cedar Park Christian then scored two unearned runs in the top of the seventh.

Against Sequim, Anacortes had 12 hits in a game shortened by the 10-run rule.

Toby Esqueda was 4-for-4 with two doubles and an RBI, Hayes was 3-for-5 with a home run and three RBI, Staely Moore was 2-for-4 with a double and two RBI, Jonathan Evans was 2-for-2 with a triple and four runs scored, and Erik Dotzauer had two RBI.

Gabriel Bryant, Riley Mitchell and Evan Baldwin combined for a solid pitching performance for the Seahawks.

Keria Hines led the Seahawks with her round of 68 while Emily Cox finished with a 69 at Lake Padden Golf Course on March 24.

The top girl, Ashley Bruland of Mount Vernon, finished her round with 39.

Tuesday results were not available at press time. The girls next play at 3:30 p.m. Tuesday, April 12, at North Bellingham Golf Course.

The boys competed Tuesday, but results were not in by press time. They next play at 3 p.m. Tuesday, April 12, at Ferndale.