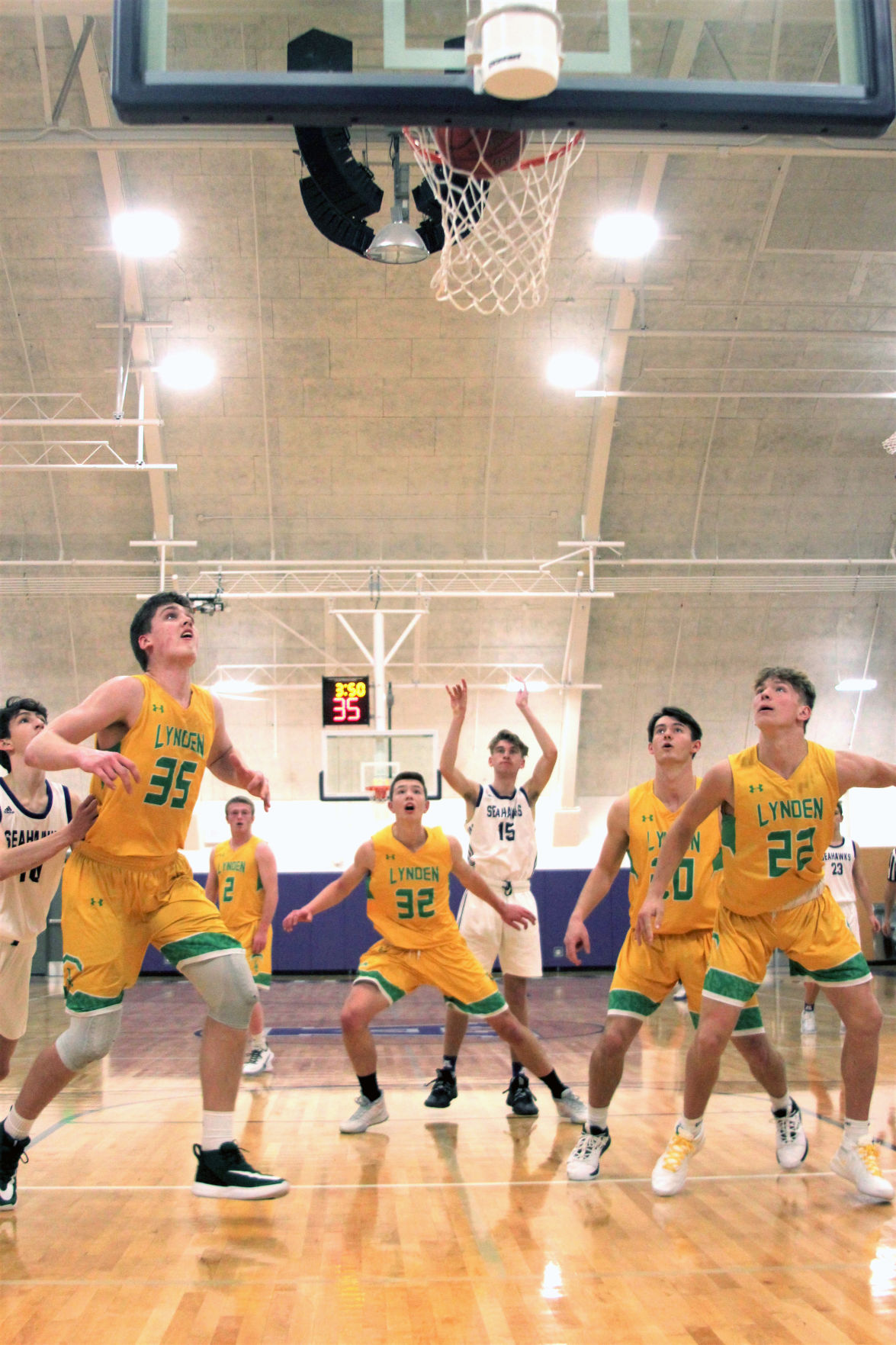 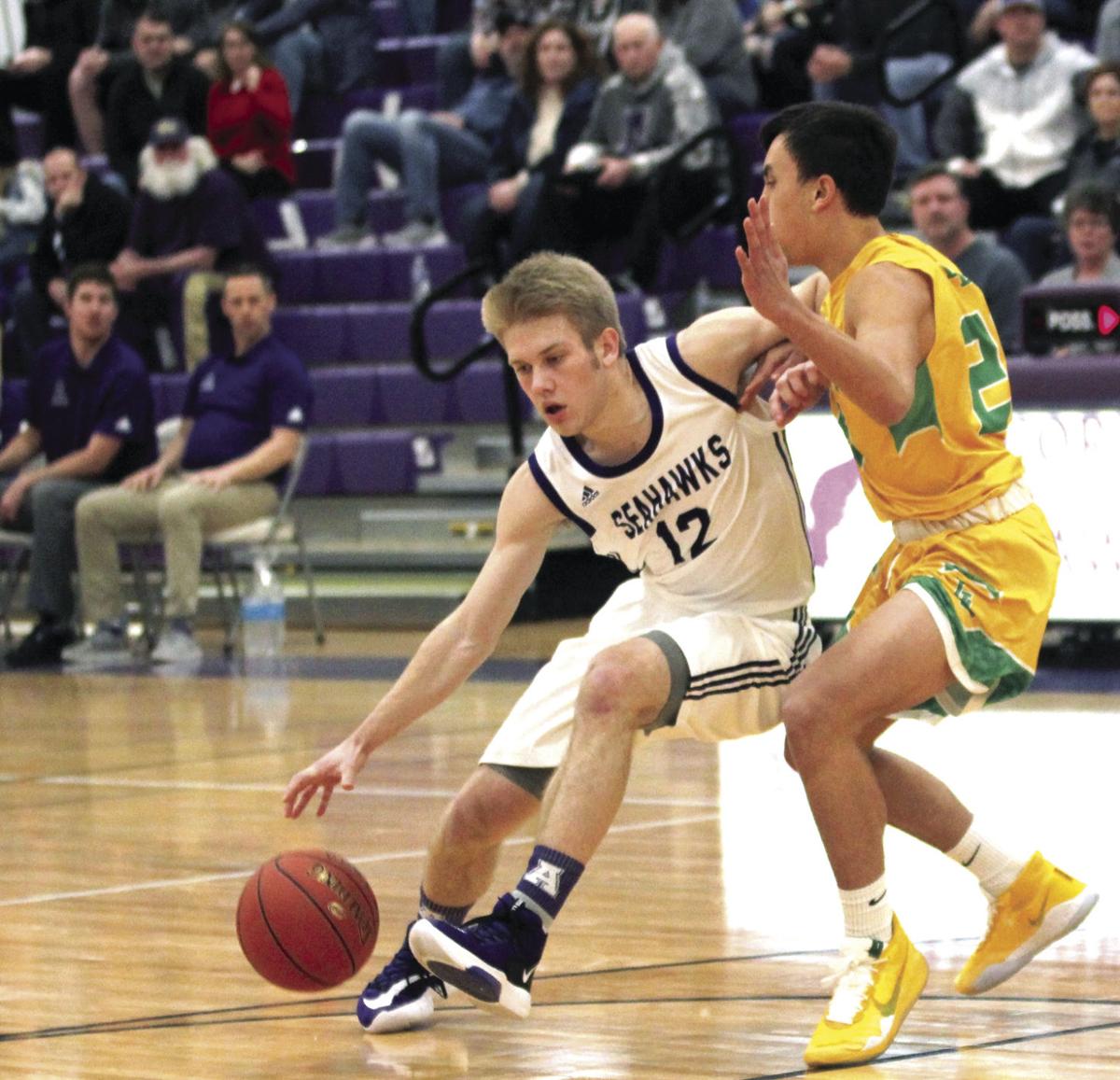 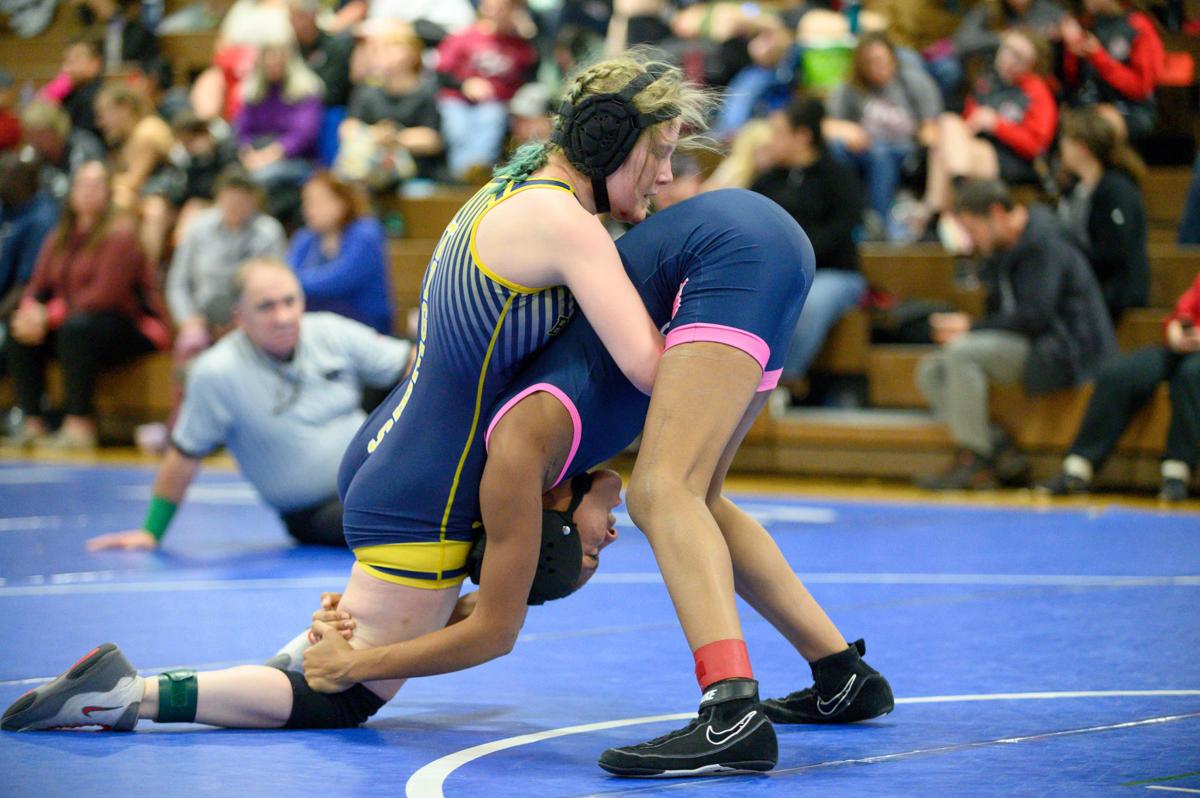 With a win and a loss last week, the Anacortes High School boys basketball team’s record settled at 1-2 in league and 5-5 overall.

The coaching staff for the Anacortes boys basketball team had a challenge for the Seahawks on Dec. 30: Hold a tall and high-flying South Whidbey team under 50 points.

The Seahawks responded and earned a win as their prize.

Anacortes coach Brett Senff noted that South Whidbey has been a high-scoring team this season and boasts a front line with several 6-foot-6 players.

“They’re a big, athletic team for a (Class) 1A school,” he said. “We wanted to hold them under 50. I thought we set the tempo well with our press and the effort was really, really good defensively.”

Grayson Eaton added nine points for the Seahawks in the nonconference win.

“I’m super proud of the way our kids competed,” Senff said. “The score doesn’t reflect how it was … For 32 minutes we wore our hearts on our sleeves out there. That’s what you have to do if you want to compete against Lynden.”

The Anacortes wrestlers competed Saturday at the Everett Classic. While some of the competitors placed in the top five in the junior varsity bracket, no varsity wrestlers placed.

Meanwhile, at the Sedro-Woolley Invitational on Saturday, Anacortes wrestler Clare Walters competed with the Burlington-Edison Tigers team as she has all season.

The AHS wrestling team hosts Squalicum at 6 p.m. today and will compete at the 43rd Matman Classic at 10 a.m. Saturday at Central Kitsap.

The girls basketball team fell twice last week to land at a record of 1-2 in league and 3-7 overall as of Monday.

Tuesday results were not available at press time.

The No. 1-ranked Lions, who came into the game undefeated, went on a 20-4 run in the second quarter to put the game out of reach Saturday, Jan. 4.

Dunham said he liked some of what he saw from the Seahawks.

“I thought we had times where we executed on offense well,” he said. “We need to continue to work on the fundamentals … That hard work will pay off.”

The bowling team competed Tuesday, but results were not available at press time. The team hosts Bellingham at 3:15 p.m. Tuesday, Jan. 14.

The boys swim and dive team will host Bellingham at 2:55 p.m. Thursday and then compete in the Kentridge Swim Invitational starting at 9 a.m. Saturday.