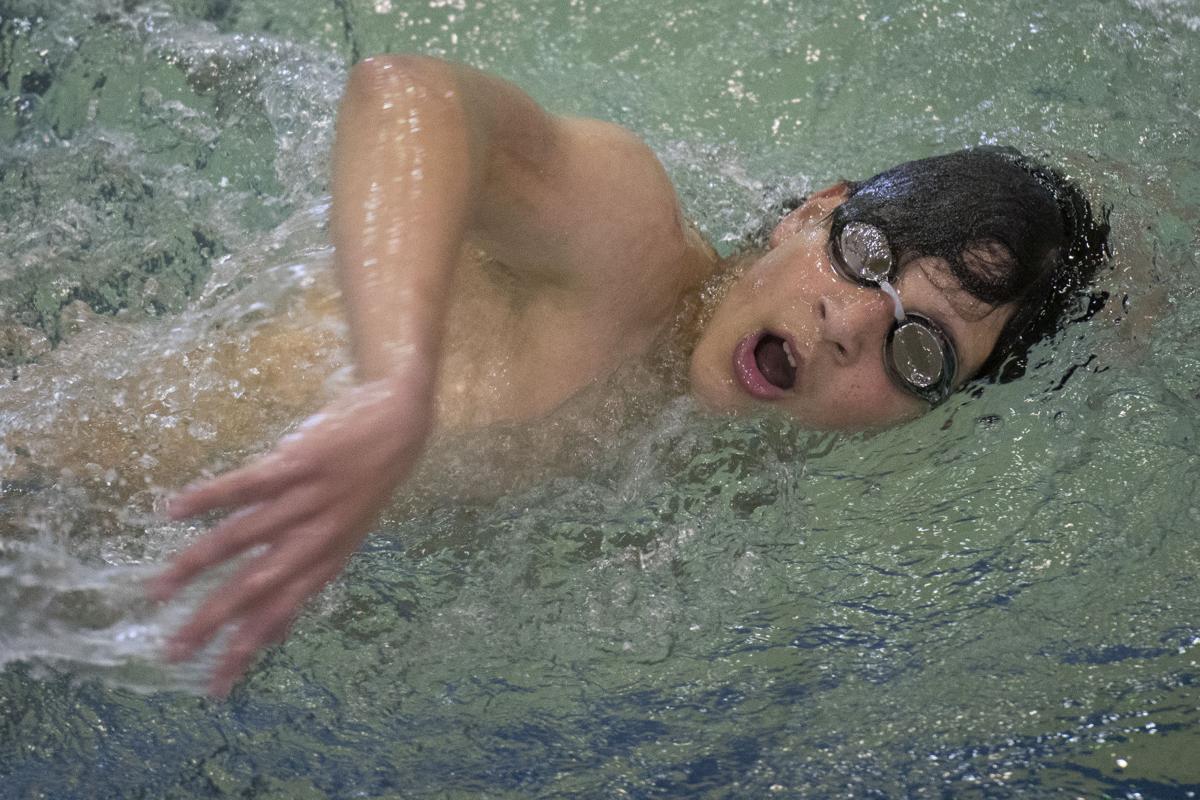 Anacortes’ John Hernandez competes in the 500-yard freestyle against Mount Vernon on Wednesday, May 26, in Anacortes. 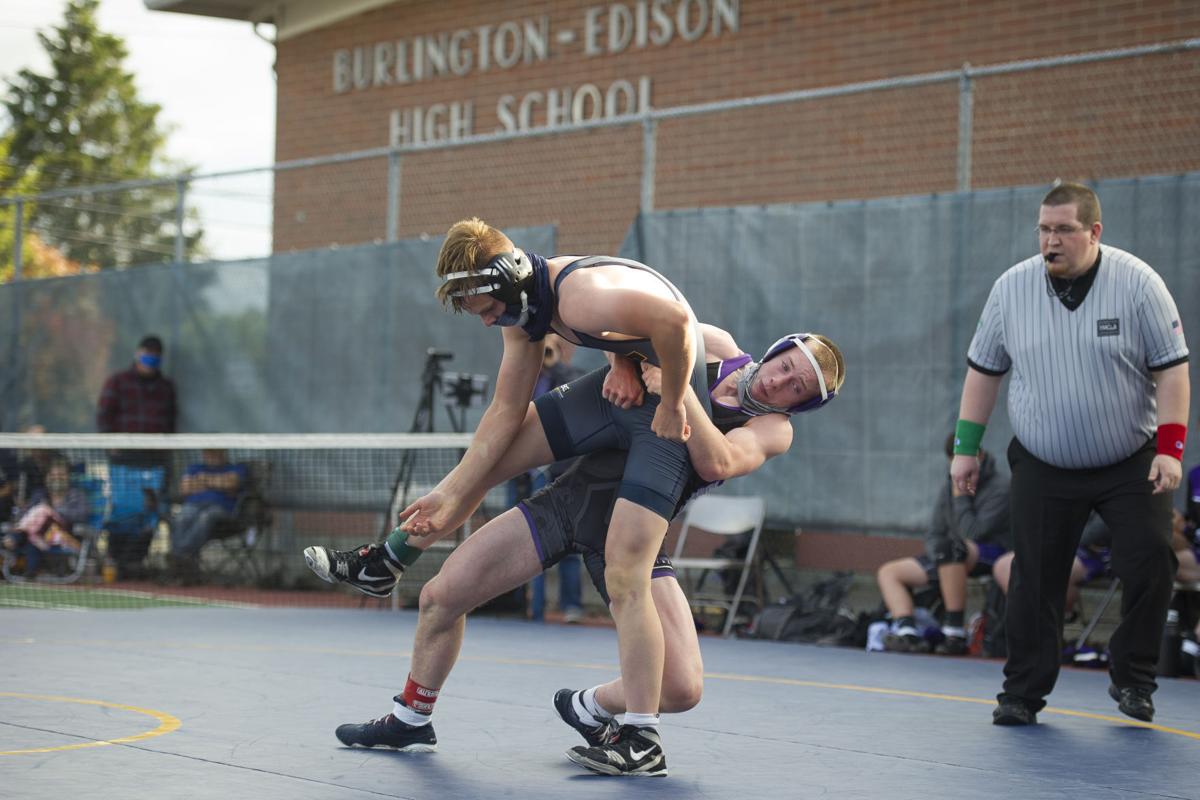 Anacortes’ John Hernandez competes in the 500-yard freestyle against Mount Vernon on Wednesday, May 26, in Anacortes.

With the teams in the same league, the future promises plenty of clashes between the Anacortes and Mount Vernon high school swimming teams.

Anacortes coach Leslie Mix praised Masten and Horr, as well as performances from Joseph Arrington in the 100 freestyle and 100 breaststroke, Zach Harris in the 200 IM and 100 butterfly, and the day the Seahawks had from their divers. Jacob Tallering won diving with a score of 211.65.

Coach Michael Lomsdalen plucked out some positives from the Seahawks’ loss against the Blaine Borderites later in the week. The teams battled to a final score of 54-12 on Thursday, May 27.

“The team wrestled very tough,” he said, adding that three matches could have gone the other way.

“There was a lot to take from and learn from and improve upon. Overall very proud of how our young kids performed,” he said.

The team takes on several schools at 6 p.m. today at Mount Baker High School. Next, it will compete at 10 a.m. Saturday at Meridian and then at another multischool meet at 7 p.m. Wednesday, June 9.

A one-point win Thursday, May 27, helped the Seahawks improve their record to 4-0. Then, the boys played Saturday, May 29, and Monday, but results were not available at press time. Next, they host Lynden Christian at 7:15 p.m. today, Sehome at 7:15 p.m. Friday and Lynden High School at 7:15 p.m. Thursday, June 10.

The Seahawks managed to win what coach Brett Senff described as a sloppy game Tuesday, May 25.

“Both teams were pressing, and there was a lot of chaos,” Senff said. “Jase Frydenlund and Alek Miller were rock solid for us.”

Gaige Berow led the Seahawks with 17 points, nine of which were scored in the third quarter, while Cameron Berow scored 11 and Tretyon Wilbur chipped in 10.

Frydenlund hit a 3-pointer with 25 seconds to play to help the Seahawks remain unbeaten Thursday, May 27.

Camryn Kerr scored 15 points, Rosie Hudson scored 10 and the Seahawks survived a 29-point performance by the Mountaineers’ Matty Barter to win 46-42 Wednesday, May 26.

The boys tennis team fell to Bellingham 3-4 Wednesday, May 26.

The team played again Monday, but results were not available at press time. Next, it will host Mount Vernon at 4 p.m. Monday, June 7, and then play at 3:45 p.m. at Burlington Wednesday, June 9.