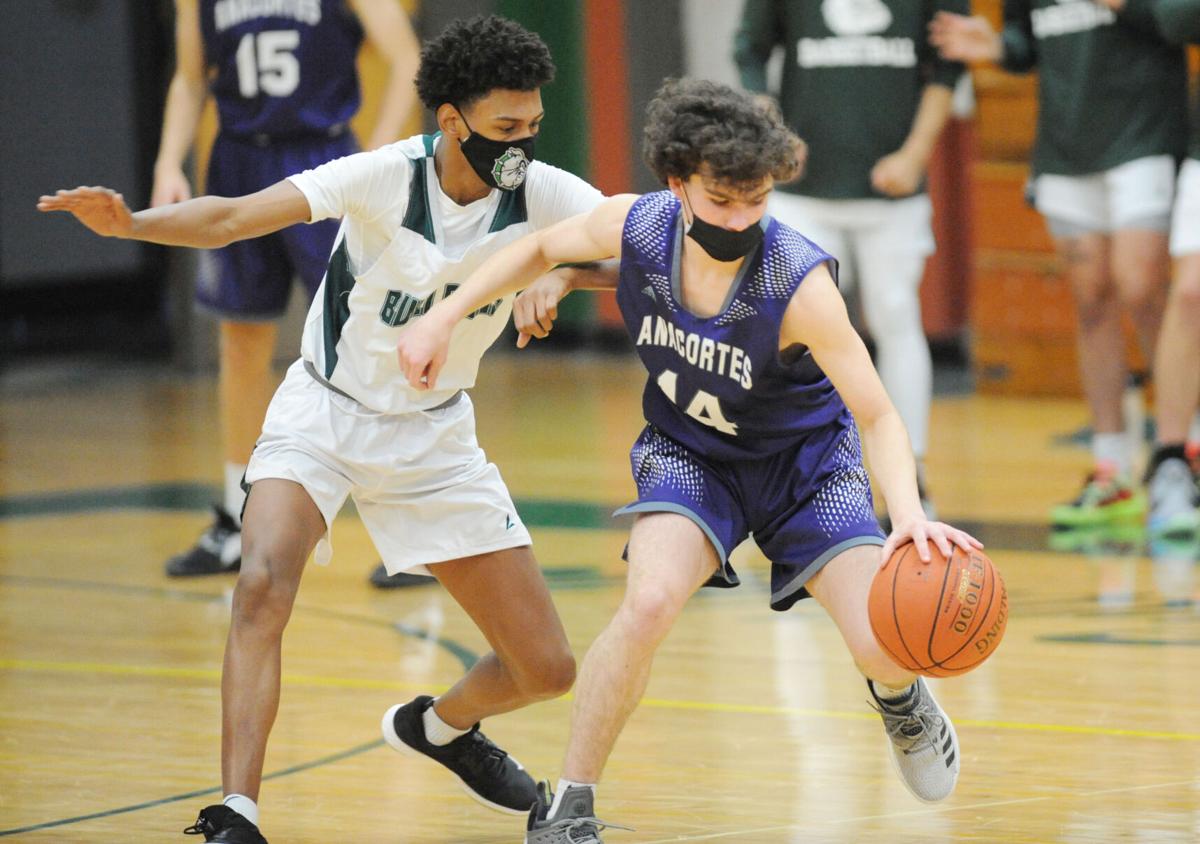 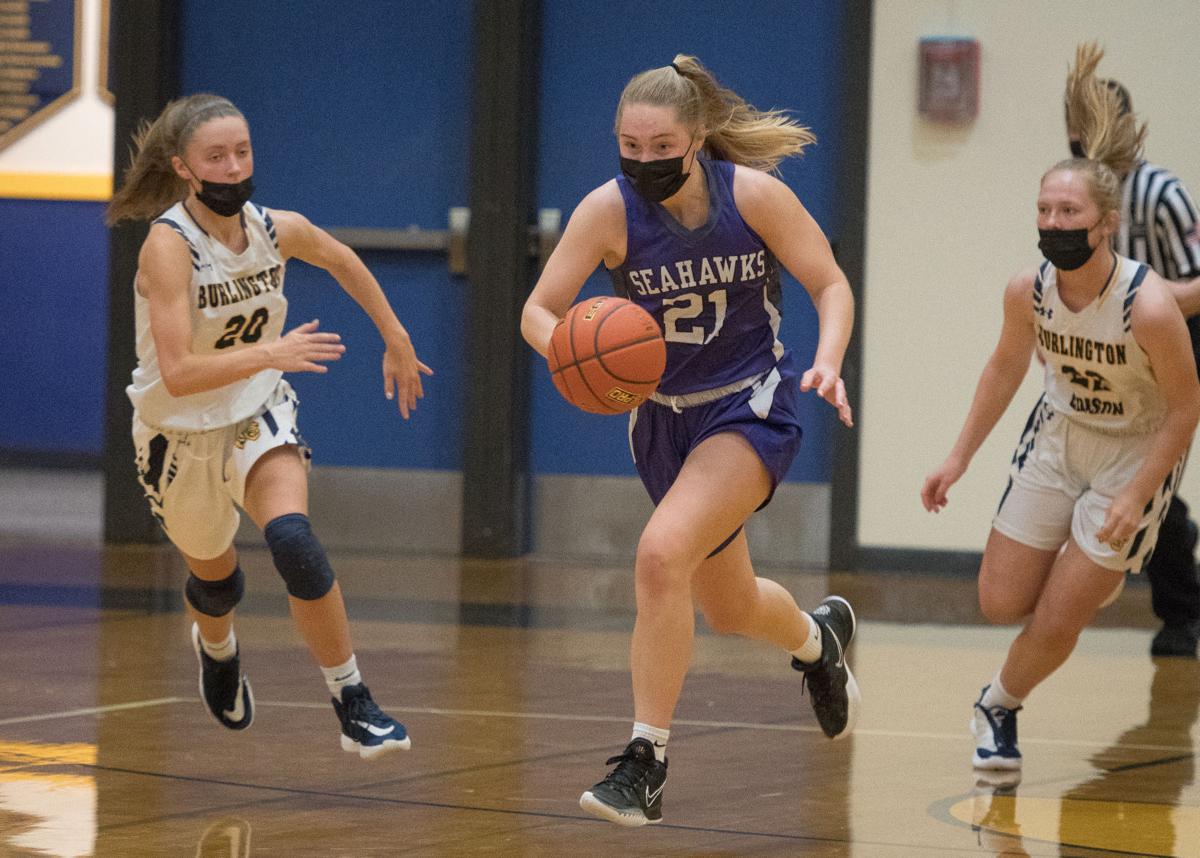 The Anacortes High School girls basketball team fell once, its first loss of the season, and won once last week, before all their games for the next two weeks were canceled.

The girls are not scheduled to play again until they host Sedro-Woolley at 7:15 p.m. Thursday, June 17. The team’s final game is at 1 p.m. Saturday, June 19, at Bellingham.

The Burlington-Edison High School girls’ basketball team had four players score in double figures Friday, May 28, on the way to beating Anacortes 68-37.

Anacortes had 10 points from Camryn Kerr.

The Seahawks edged the Bulldogs as the visitors missed a 3-point shot at the buzzer Tuesday, June 1.

“We overcame a six-point deficit at halftime,” Anacortes coach Nate Dunham said. “We did a good job of blocking out and rebounding throughout the game.”

A big reason the Seahawks overcame that deficit was the play of Camryn Kerr, who scored nine of her game-high 20 points in the fourth quarter.

“Reese Morgenthaler did a really good job of containing their point guard, who was penetrating at will against us the first three quarters,” Dunham said.

Malia Garcia and Maliyah Johnson scored 10 points each to lead the Bulldogs.

The Anacortes High School boys basketball team stumbled for the first time last week, picking up its first and only loss of the season so far. The Seahawks are 6-1 going into this week’s games.

In the second quarter, the Bulldogs’ defense was stifling, holding Anacortes to three points, and Mount Vernon entered halftime with a 28-14 lead.

“Mount Vernon came ready to play and brought a lot of energy and effort,” Senff said. “They beat us in about every aspect of the game.”

Four days after suffering their first loss of the season, the Seahawks beat the Mariners Friday, June 4.

The wrestling team competes at 7 p.m. today at Blaine, then hosts several schools at 11 a.m. Saturday, June 12, before competing in its last matchup of the year at 7 p.m. Thursday, June 17, at Blaine.

Monday’s tennis results were not available at press time. Up next, the boys play at 3:45 p.m. today at Burlington-Edison, then at 4:30 p.m. Monday, June 14. They will host Oak Harbor at 4 p.m. Wednesday, June 16, for their last match of the season.

Lauren Harrison, who is the girls bowling team’s only member this year, will compete in her last match at 3 p.m. today at Ferndale.