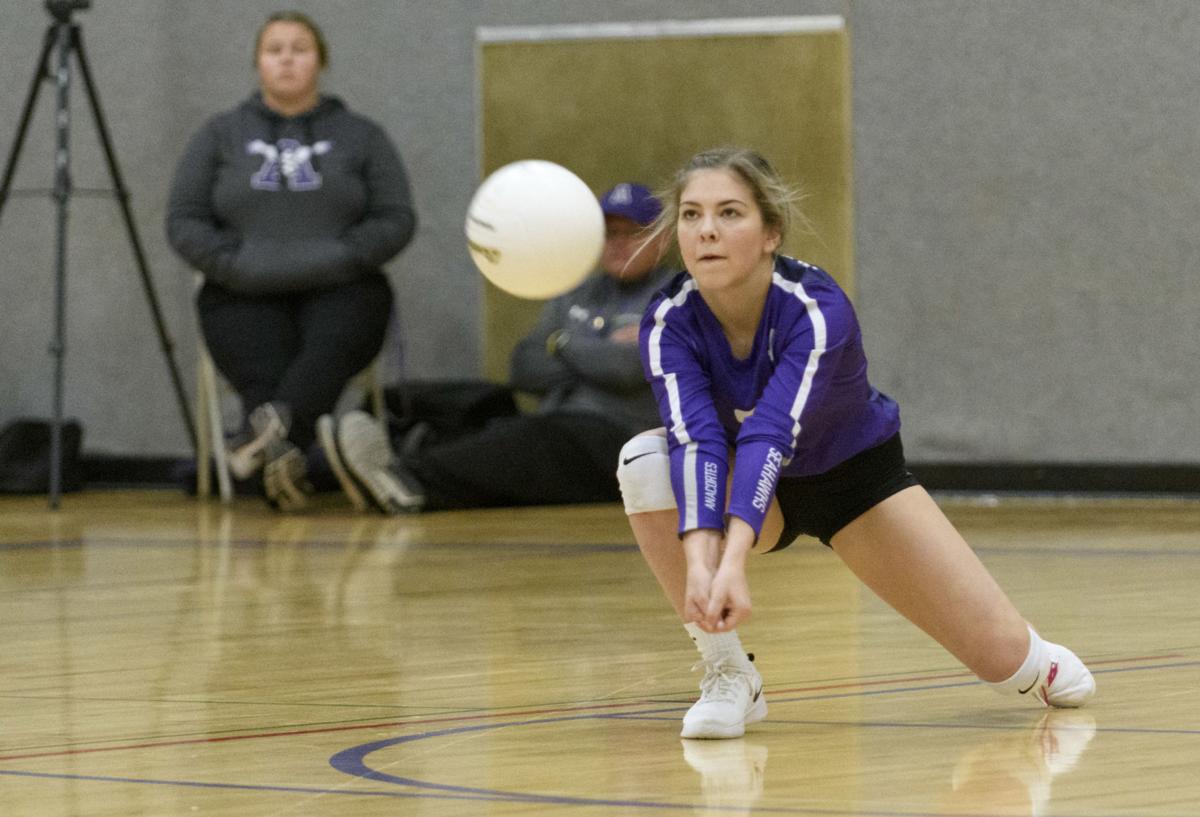 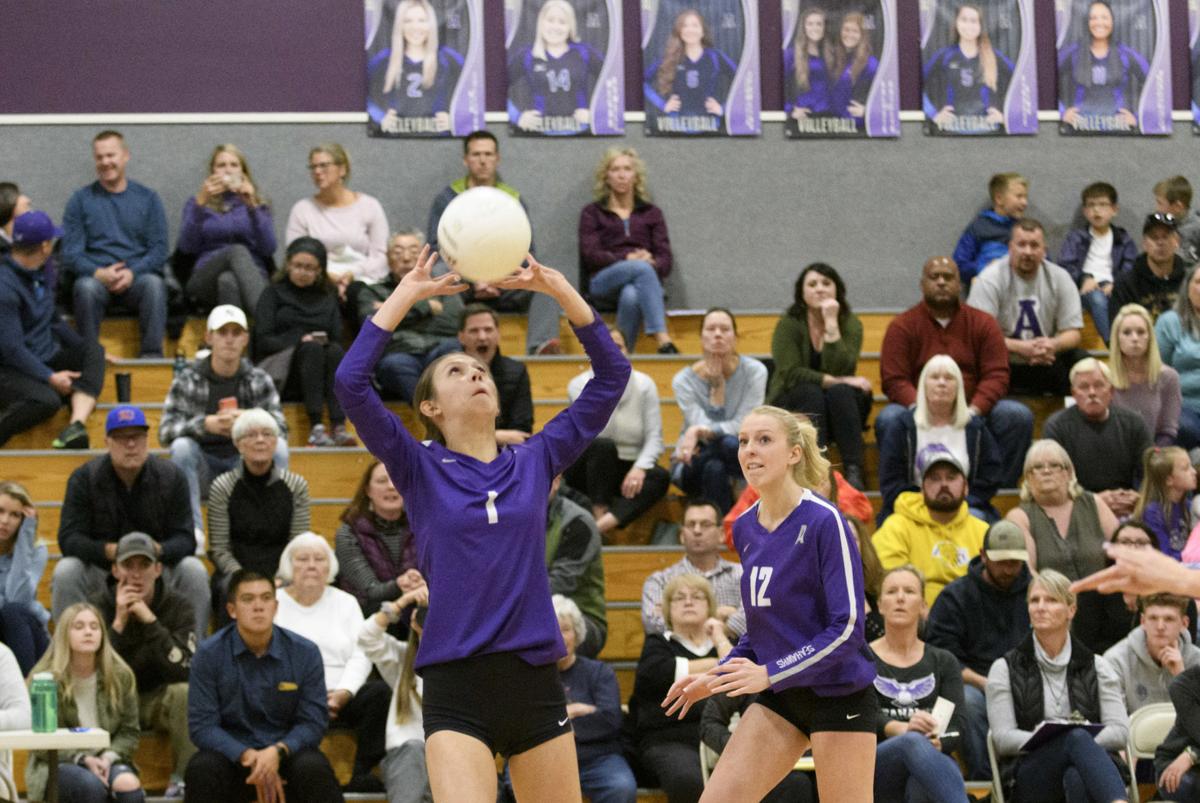 Anacortes’ Kenna Flynn (1) sets it up Tuesday, Oct. 29, against Blaine in Anacortes.

Anacortes’ Kenna Flynn (1) sets it up Tuesday, Oct. 29, against Blaine in Anacortes.

After losing its final game of the regular season, the Anacortes High School volleyball team played its first district game Tuesday, but results were not available at press time. See results at goanacortes.com.

If the Seahawks won that game, they will play at 4 p.m. Thursday at Sammamish High School.

The team ended its regular season with a record of 5-8 in league and 5-9 overall.

The Anacortes volleyball team came away with a hard-fought Northwest Conference victory Tuesday, Oct. 29, over Blaine.

“I felt like our passing was on tonight,” Anacortes coach Kelsey Swapp said. “Our setter did a great job spreading the ball out to our hitters.”

Alyssa Kiser ended the match with 15 kills, while Mackenzie Wakefield had six.

Feeding those hungry hitters was setter Kenna Flynn, who finished with 33 assists.

Defensively, Ariana Bickley made 17 digs for a Seahawks squad.

“Squalicum served tough. We struggled early with passing, then pulled it together,” Swapp said.

The Anacortes girls’ cross country team earned a state berth Saturday, Nov. 2, thanks to a stellar finish at the Bi-District 2A meet.

Anacortes coach Brad Templeton said some illness and injuries seemed poised to slow down the Seahawks — but didn’t.

“They rallied hard and performed well today,” he said.

For the boys, Anacortes runner Alek Miller placed eighth in 16:44 to also qualify for state.

District play for the undefeated Seahawks swim team starts Nov. 8 at the Fidalgo Pool. Those qualified will move on to state starting Nov. 15.