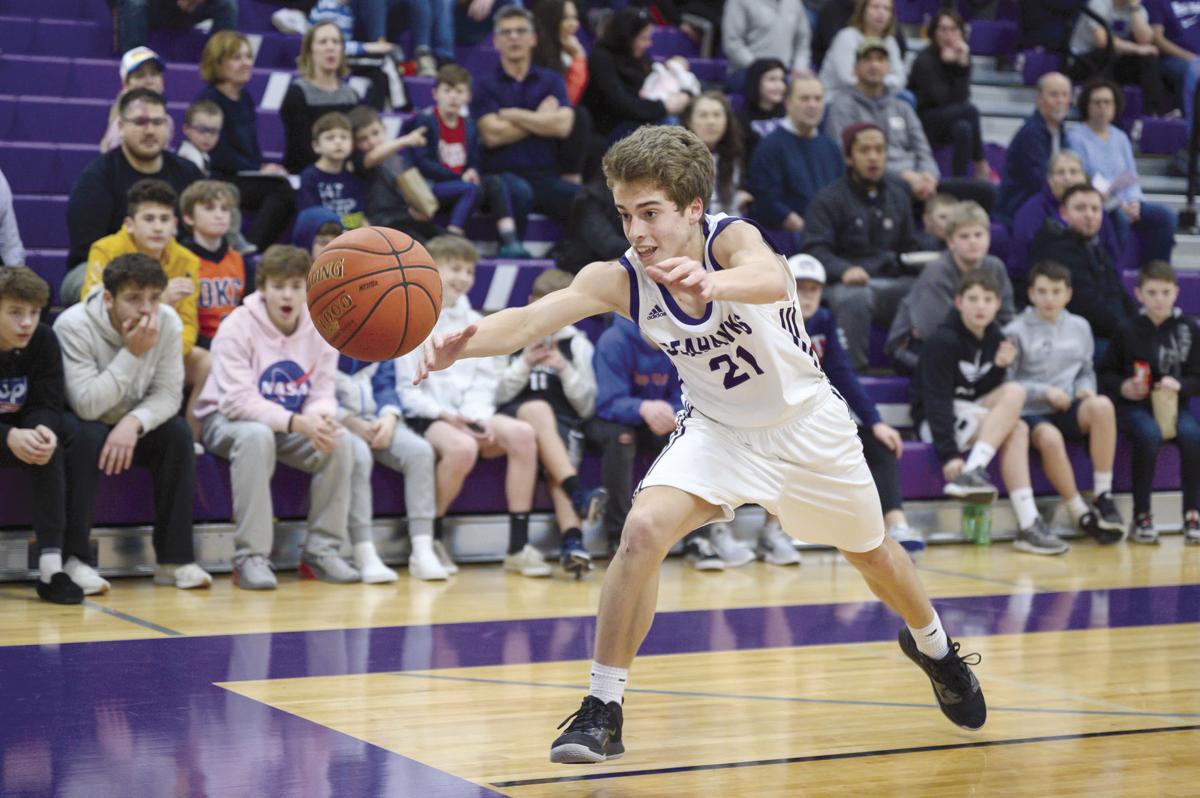 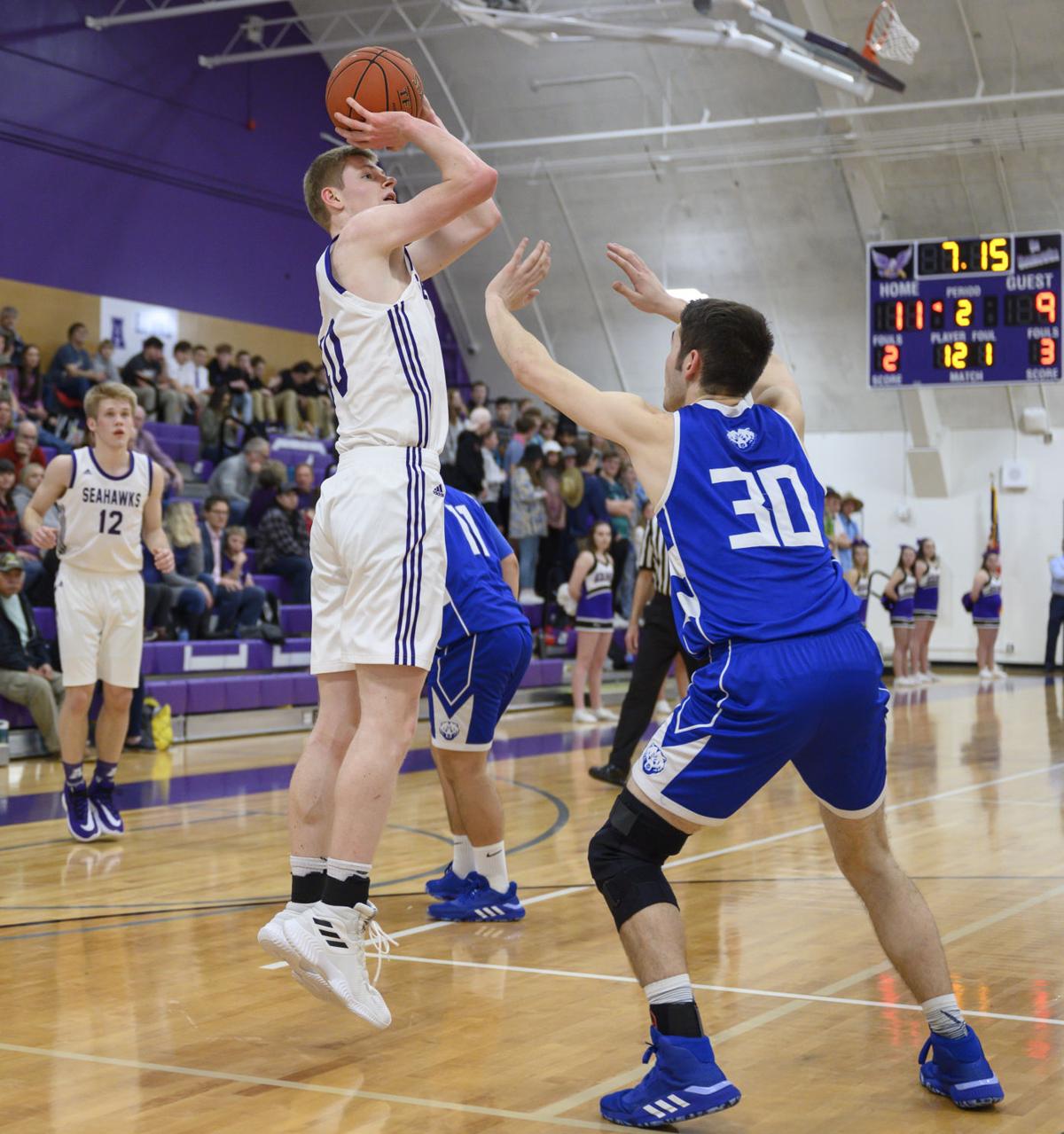 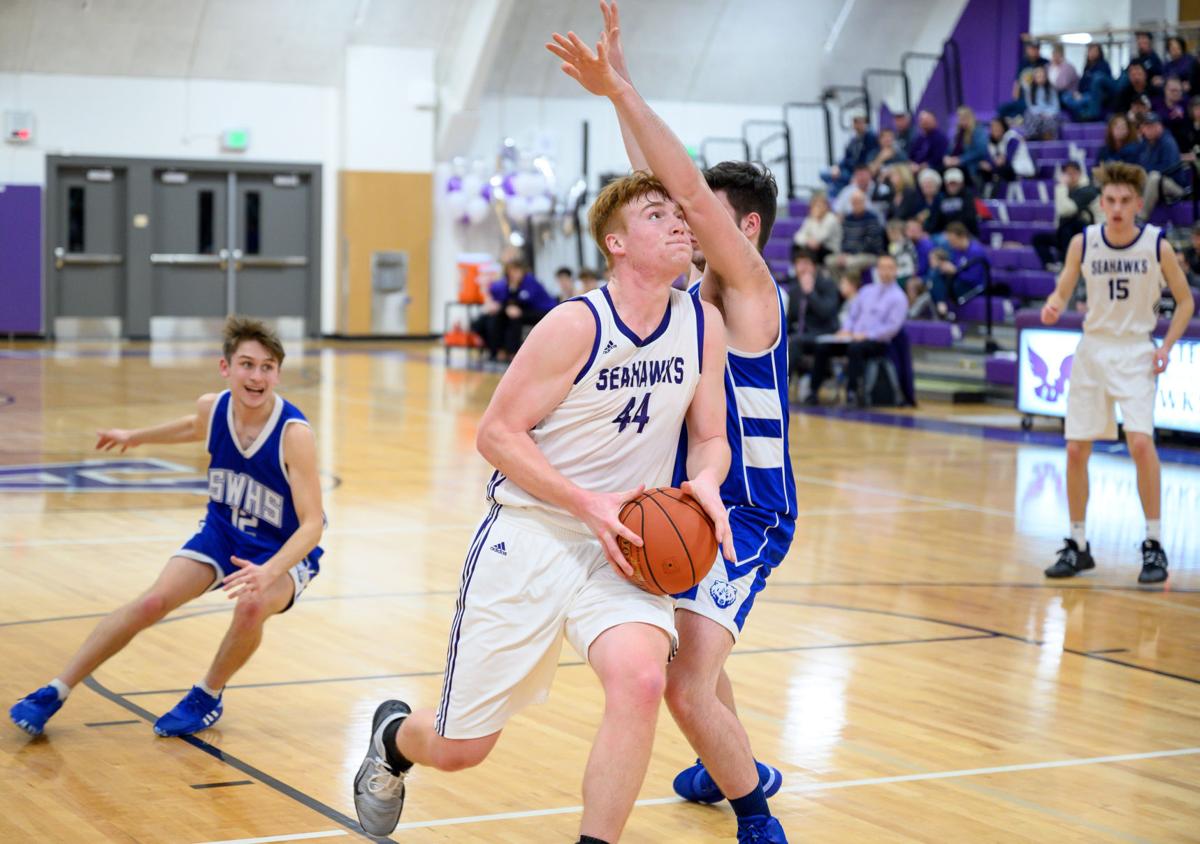 Anacortes' Chase Cornett makes a strong move toward the rim Thursday, Feb. 6, 2020 against Sedro-Woolley in Anacortes.

Anacortes' Chase Cornett makes a strong move toward the rim Thursday, Feb. 6, 2020 against Sedro-Woolley in Anacortes.

The Anacortes boys basketball team played its last game of the regular season Monday evening, but results were not available at press time.

The Seahawks came away with the Northwest Conference win on Feb. 3, but it wasn’t necessarily as easy as the final score may make it appear.

“We had our moments,” Anacortes coach Brett Senff said. “We were able to finally pull away in the fourth quarter thanks to some timely 3s by Cameron Berow and Braden Thomas.”

“His effort was high,” Senff said. “He got his hands on a lot of balls and played really good tonight, scoring 21 points.”

Not far behind Cornett was Grayson Eaton, who finished with 18 points for Anacortes.

The team helped coach Senff reach a Seahawks milestone on Feb. 6, with a Northwest Conference win over Sedro-Woolley.

The victory was Senff’s 213th — the most for any coach of the Anacortes boys program.

“They did a really good job defending (Isaiah) Guerero, especially Alek Miller,” Senff said. “Over the last four games Guerero has averaged over 25 points a game. We went box and one on him and Miller was a pest tonight. He worked extremely hard. He just did a hard-nosed defensive job.”

Michael Aggergaard hit three 3-pointers in the second quarter to help give the Seahawks breathing room over the Cubs.

The girls finished their regular season with a win and a loss, ending at a record of 5-8 in league and 7-13 overall. District play starts against Bellingham at 7 p.m. today at home. Check goanacortes.com for updates.

The Mountaineers muscled past the Seahawks in the Northwest Conference game Feb. 3.

“I felt like Mount Baker came out and played more physical than us,” Anacortes coach Nate Dunham said. “They got to a lot of offensive rebounds.”

The Seahawks fought back and trailed by one — 22-21 — at the break, but the Mountaineers flexed in the third quarter.

“They outscored us 13-6 in the third quarter,” Dunham said. “Hopefully, we learn from this and move on.”

Katrina Hudson finished with 14 points for the Seahawks, while Camryn Kerr tallied 12 points.

Alizee Hargrove led Anacortes with 19 points, Kerr scored 13 points and the Seahawks went 12-of-15 from the free-throw line for the Northwest Conference win Feb. 6.

“It was probably our best ball-movement game of the season,” Dunham said. “We got good shots and got them later in the shot clock, so we made them play defense.”

He said Hudson had a stellar passing game for the Seahawks.

The boys’ results from the B Championships on Friday, Feb. 7, were not available at press time. Districts start at 2:55 p.m. this Friday at Fidalgo Pool. The finals are the next day.

Those qualified will move on to state, starting Feb. 21 in Federal Way.

The postseason has arrived, and local prep wrestlers proved up to the challenge Saturday as the Sub-Regional Tournaments came to a close.

Anacortes won an individual title at the Class 2A Sub-Regional Tournament in Sedro-Woolley.

“We had a great tournament, and we’re peaking at the right time,” Seahawks coach Michael Lomsdalen said.

The top four wrestlers in each weight class qualified for next week’s regional tournament, which will determine state allocations.

For the girls, Anacortes’ Clare Walters placed second at 125 pounds.