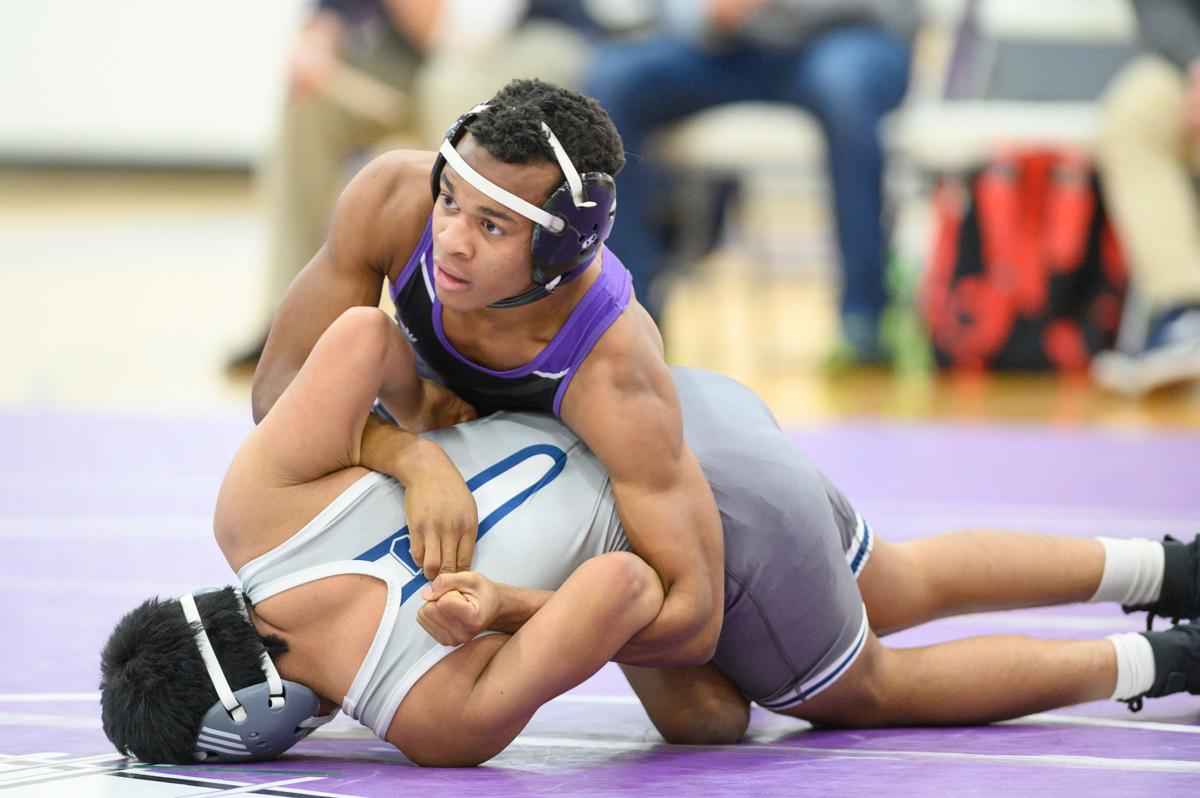 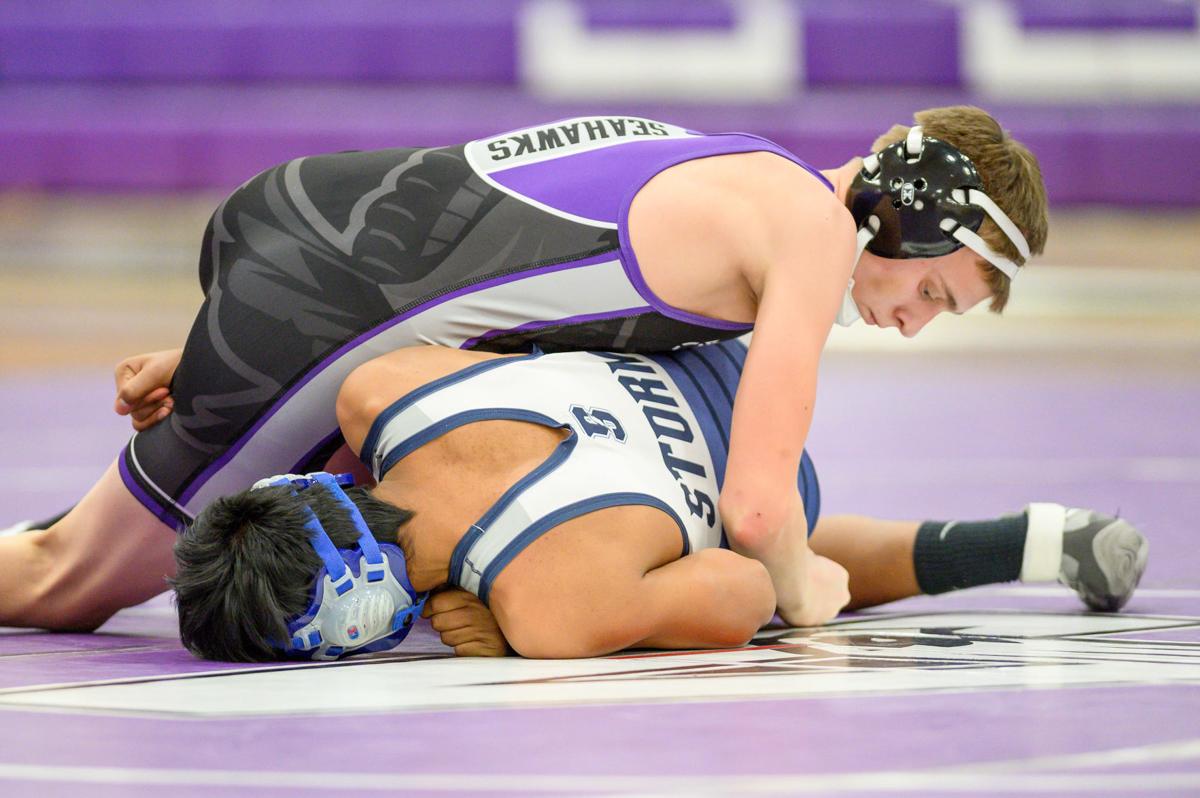 The Anacortes boys’ wrestling team was shorthanded Wednesday, Jan. 8, against a Northwest Conference opponent, but managed to battle its way to some quality wins.

The Seahawks had to forfeit five matches against Squalicum due to injuries during a 54-28 loss, but Anacortes coach Michael Lomsdalen said he was pleased by how well his wrestlers competed.

Josh Pittis (126 pounds), Gavin Lang (132) and James Friedrichs (138) each earned a pin for the Seahawks, with the latter two wrestling up several weight classes. Tony Rios added an exciting win at 160, earning an escape in the final seconds for a 5-4 decision.

Saturday, Jan. 11, the boys competed at the 43rd Matman Classic in Silverdale. No Anacortes wrestlers placed in the top four in any weight class.

The Anacortes team is 1-2 in league and 1-4 overall. Up next it competes at 7 p.m. today in Sedro-Woolley and then at the Gladiator Duals at 10 a.m. Saturday at Curtis High School.

Two losses last week meant the girls basketball team dropped to a record of 1-4 in league and 3-9 overall, as of Monday morning.

Monday results were not available at press time. Up next, the team will host Ferndale at 7:15 p.m. Thursday and then Lakewood at 7:15 p.m. Tuesday, Jan. 21.

The Mariners started the game with a 15-0 run en route to the Northwest Conference victory Tuesday, Jan. 7.

Seahawks coach Nate Dunham said his team chipped away, but every time Anacortes closed the gap, Sehome had an answer.

The Seahawks ran headlong into a team of sharpshooting Pioneers in the Northwest Conference game Thursday, Jan. 9.

“They (Nooksack Valley) shot lights out,” Dunham said. “They hit 11 3s. They ran their stuff very well. And they shot 19-for-20 from the free-throw line.”

The Seahawks trailed 29-16 at halftime.

Anacortes won one but lost another last week to drop to a record of 2-3 in league and 6-6 overall, as of Sunday.

The boys played Monday, but results were not available at press time. Up next, they compete at 7:15 p.m. Friday at Ferndale and then 7:15 p.m. Tuesday, Jan. 21, at Lakewood.

Grayson Eaton scored 11 points, Treyton Wilbur scored 10 points and the Seahawks shook off the rust for a win in their first game after winter break Wednesday, Jan. 8.

“Defensively, I think we played a good game for the most part. It seemed like a Christmas break game … a little sluggish on both ends, a grind-it-out game,” Anacortes coach Brett Senff said.

“We were just gun shy to shoot the ball,” Senff said. “And Nooksack Valley capitalized on it.”

Grayson Eaton finished with 14 points for the Seahawks while Kaeden Flynn scored 12.

Anacortes stands at a record of 3-0-0 as of Friday, Jan. 10, for boys swim. The team competed Saturday, but results were not available at press time. The boys next compete at 7 p.m. Thursday at Burlington-Edison and then host the NWC Invitational at 2:55 p.m. Saturday.

The Seahawks cruised to the Northwest Conference victory Thursday, Jan. 9, winning every event but two.

The girls took down Burlington-Edison 3-0 Tuesday, Jan. 7, to improve to a record of 7-2 in league and 8-3 overall, as of Monday. They hosted Bellingham Tuesday, but results were not available at press time. Up next, they have their final two home meets of the season. The first, against Blaine, is 3:15 p.m. Thursday, and the other is at 3:15 p.m. Tuesday, Jan. 21, against Ferndale.

Their final meet of the regular season is at 3 p.m. Wednesday, Jan. 22, at Meridian.