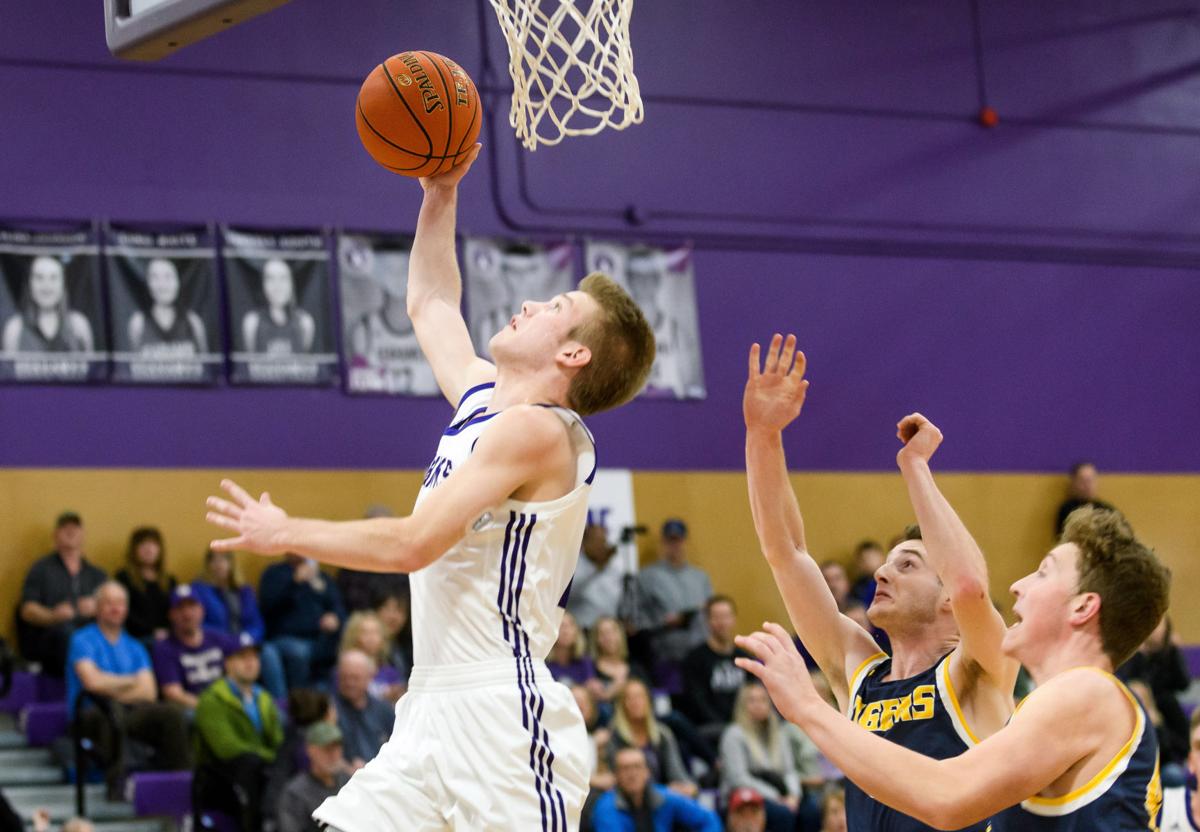 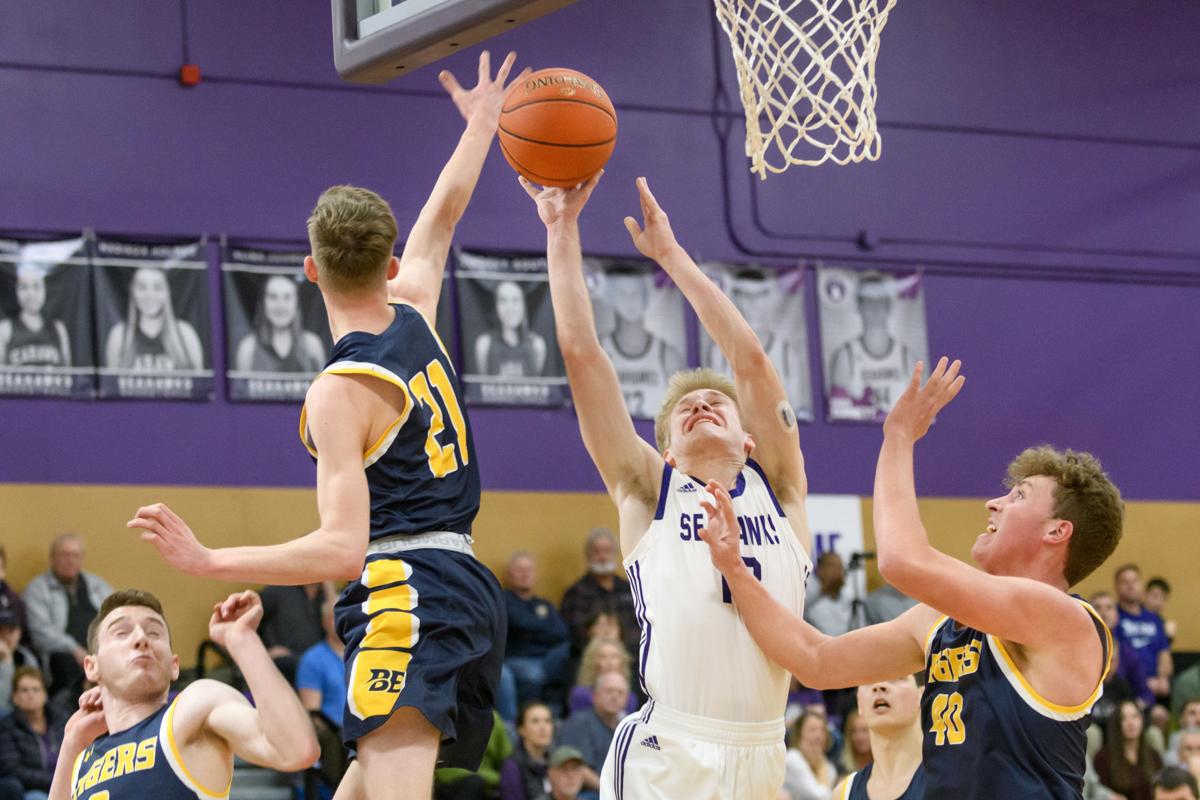 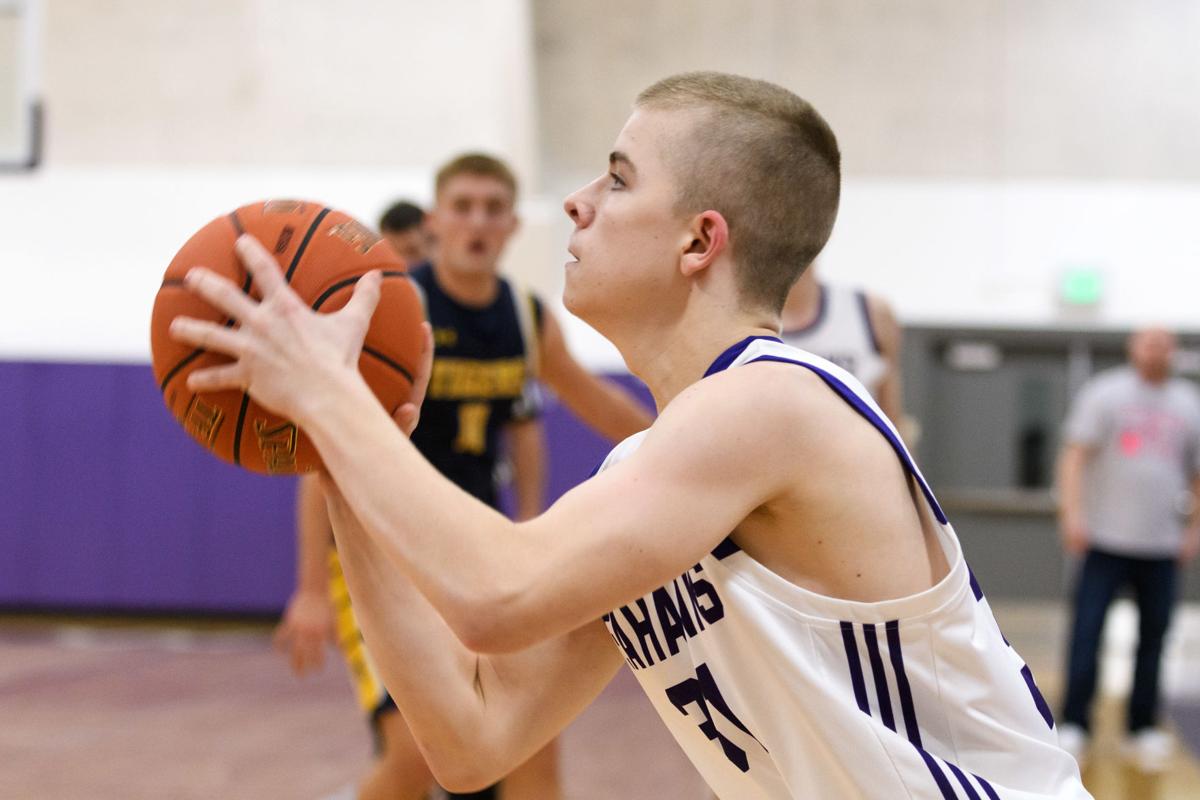 Anacortes' Cameron Berow sets up for a three point shot Thursday, Jan. 30, 2020 against Burlington-Edison in Anacortes. 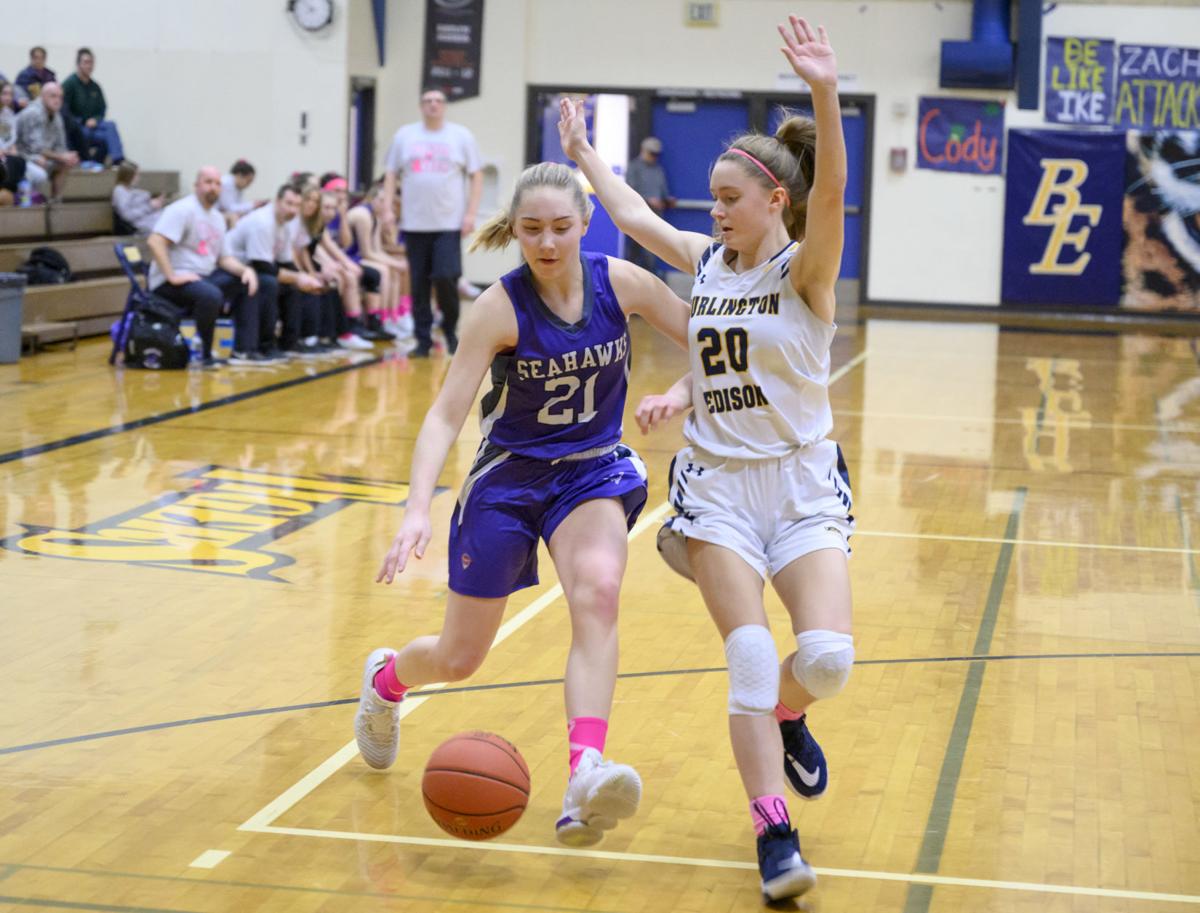 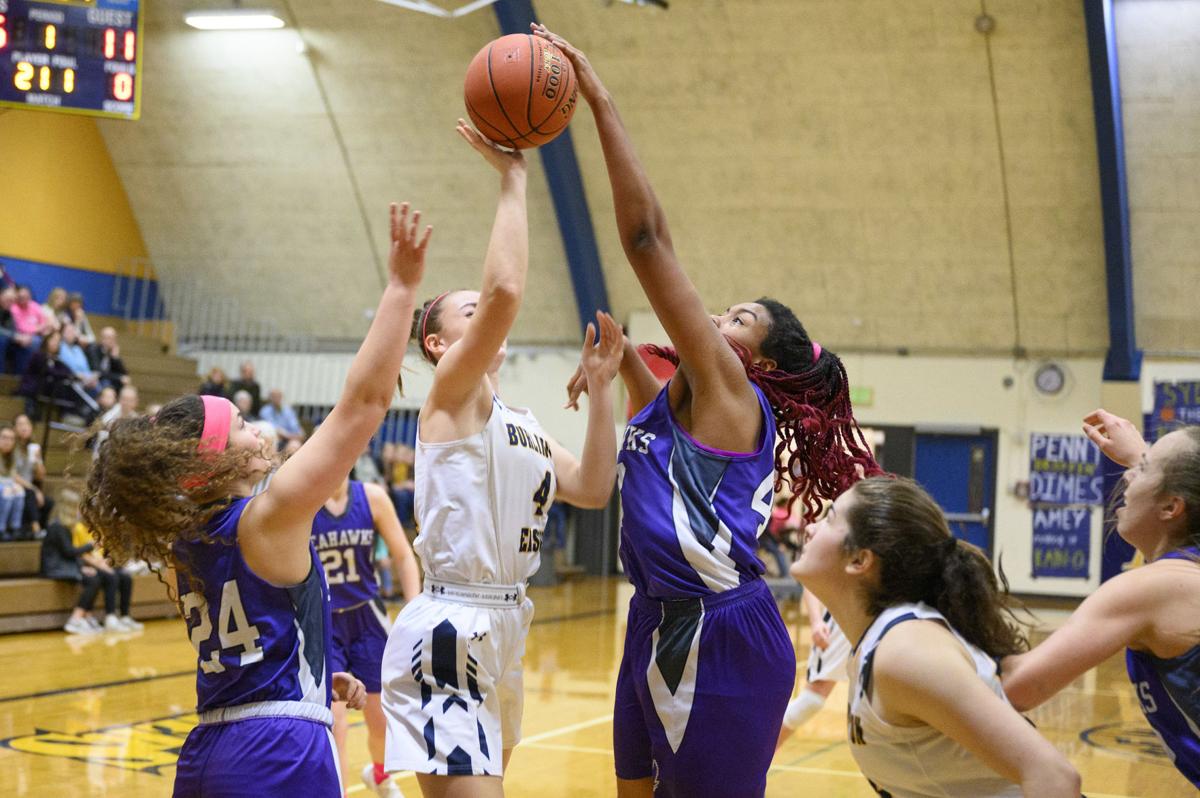 Anacortes' Cameron Berow sets up for a three point shot Thursday, Jan. 30, 2020 against Burlington-Edison in Anacortes.

The boys picked up a win Jan. 28 and took a loss Jan. 30, but flooding postponed a game against Ferndale. That game will be made up Feb. 10. The boys competed Monday, but results were not available at press time. As of Monday morning, their record is 4-6 in league and 8-9 overall.

Their next game is at 7:15 p.m. this Thursday against Sedro-Woolley. It’s their last home game this year.

“Grayson had a good scoring game and probably blocked five shots. In the last few games he’s been assertive inside and out,” Seahawks coach Brett Senff said. “I like the way the kids played with passion and desire.”

“The effort was right there … we were playing against one of the better teams in the state, for sure,” Senff said. “They want it this year. They move the ball well, shoot well and play good defense. We’re definitely stepping in the right direction.”

Anacortes won one and lost one last week. The girls played their last home game of the season Monday, but results were not available at press time. Their record as of Monday morning was 4-7 in league and 6-12 overall.

Their final regular season game is at 7:15 p.m. Thursday in Sedro-Woolley.

The Anacortes girls’ basketball team more than doubled up the Blaine Borderites at home Tuesday, Jan. 28.

The Seahawks won the Northwest Conference game 59-26, led by the 25 points of Katrina Hudson.

Camryn Kerr finished with 12 points for the Seahawks (4-6 conference, 6-11 overall).

“We really played well in terms of moving the ball,” Anacortes coach Nate Dunham said. “We were really able to execute. Hudson, she hit five 3s and was really shooting in rhythm and people were looking for her.”

The Burlington-Edison girls’ basketball team proved too tough Friday, Jan. 31, for Anacortes as the Tigers downed the Seahawks in a Northwest Conference matchup.

Burlington-Edison hit nine 3-pointers on its way to beating Anacortes 76-49.

Camryn Kerr scored 16 points to lead Anacortes, which led 18-16 at the end of the first quarter.

“We did a better job handling pressure and their press-break initially. They’re relentless and well-coached, and they played hard,” Dunham said.

The undefeated boys swim and dive team will compete in the “B” Championships at 3:30 p.m. Friday. The district competition is Feb. 14-15 at Fidalgo Pool.

The wrestling team ended its regular season with a record of 1-5 in league and 1-7 overall. Sub-regionals start at 6 p.m. Friday at Sedro-Woolley High School, and regionals start Feb. 15.

They competed against Oak Harbor on Friday, Jan. 31, but results were not available at press time.

“I’m proud of how they wrestled,” he said.