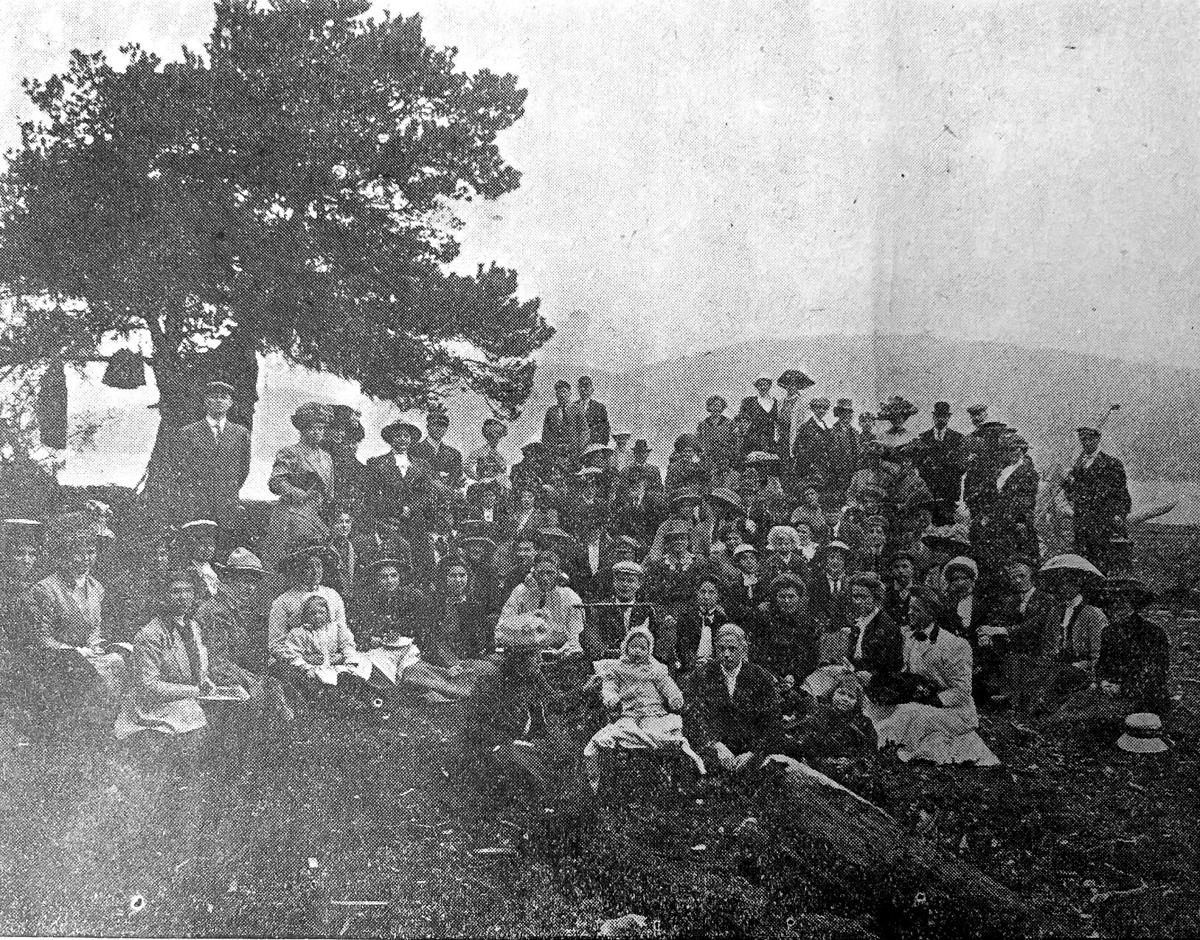 Buy Now
April 20, 1911: The picnic complimentary to the public school teachers given Saturday., the 15th inst., is reported to have been one of the most successful of the series of annual outings heretofore given by W. V. Wells. 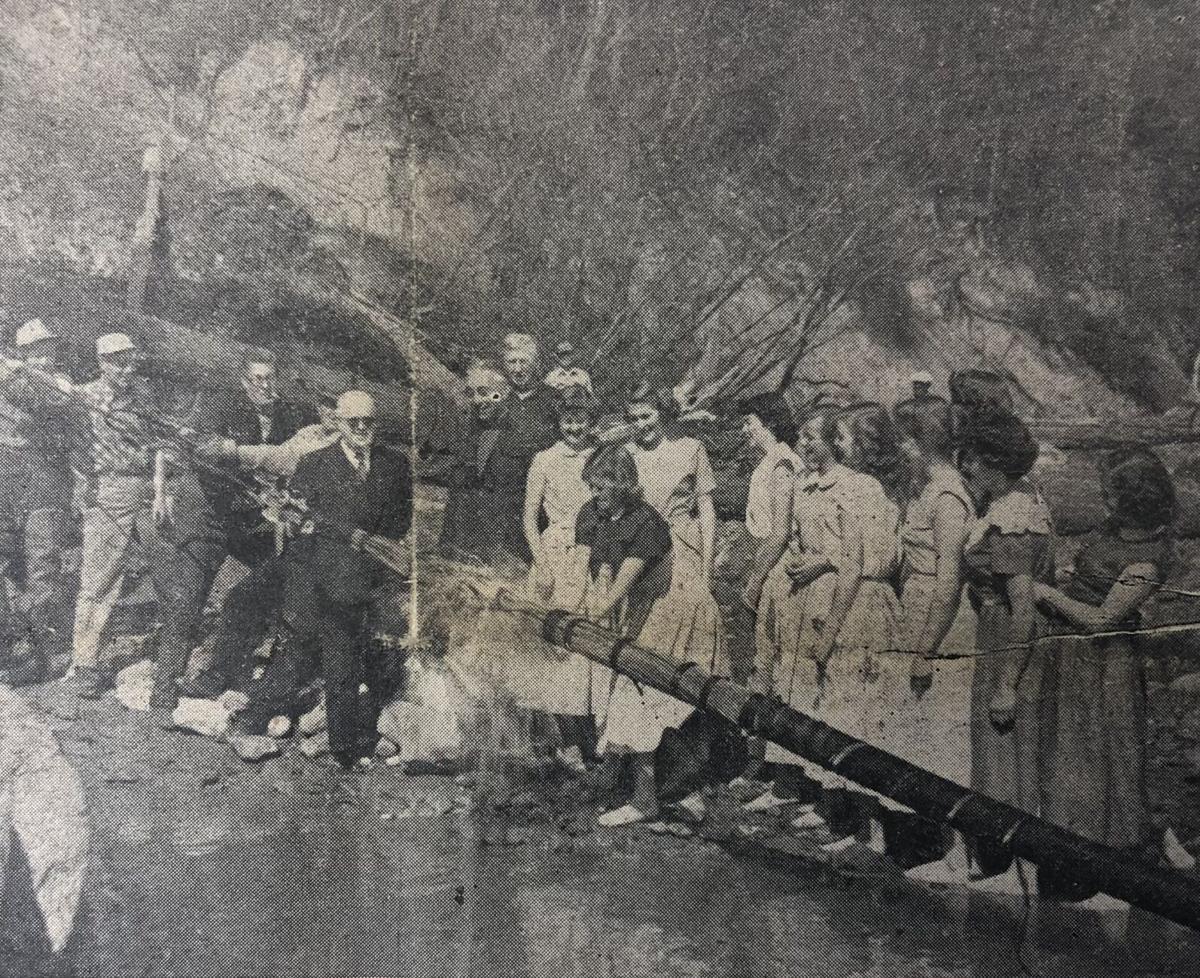 April 19, 1951: THE TENSION OF A dramatic moment was captured by Dyle Ives who photographed JoAnn Quinn as he broke a bottle of champagne over the San Juan Cable Monday.

Buy Now
April 20, 1911: The picnic complimentary to the public school teachers given Saturday., the 15th inst., is reported to have been one of the most successful of the series of annual outings heretofore given by W. V. Wells.

April 19, 1951: THE TENSION OF A dramatic moment was captured by Dyle Ives who photographed JoAnn Quinn as he broke a bottle of champagne over the San Juan Cable Monday.

Professor Herbert Bartlett, the eminent geologist and mining engineer, who is considered high authority upon mining matters in all parts of the country has been interviewed regarding the mines of Washington. The interview is full of interest to people generally and especially to those of this city, for in the course of his remarks Professor Bartlett predicts that the great city of Puget Sound will eventually be on Fidalgo Island.

Early Tuesday morning the launch of Jailor Stevens, of Mt. Vernon, pulled into port while upon the arrival of the morning train Sheriff Stevenson of Skagit county, Sheriff Thomas of Whatcom county, the sheriff of Island county and several deputies from Snohomish county made an appearance. They all boarded the launch, going straight to Sucia island, which is located about seven miles north of Orcas Island, armed to the teeth. …It is a well-known fact that this island is a rendezvous for “Scotty Ferguson,” who is known as the “Flying Dutchman,” and a bad character as a law-breaker and smuggler.

The steamer “Apex” which has been recently overhauled in Seattle, where she laid all winter, left here Sunday morning on her first trip of the summer run to Alaska points. She took a cargo of box shooks, tin plate for cans, trap supplies and lumber and will make regular stops at the canneries at Port Walter and Ketchikan.

One of the most delightful trips ever enjoyed by the people of Anacortes was the outing provided by the Puget Sound Navigation Company, when they invited the members of the Chamber of Commerce and their friends as their guests on the trip to Friday Harbor in the palatial new ferry, Rosario, with supper and dance at Friday Harbor for the guests.

One of the largest parking lots in Skagit county will be completed at the Anacortes Safeway store within the next 20 days, it was said today by Manager Dick Lindberg. The new lot which is located directly behind the Safeway store at 10th and Commercial, will accommodate 80 cars, according to Lindberg, and will be illuminated by three floodlight clusters.

When the wind died down today, they towed the old Spider over to Guemes Island to abandon her on the beach. There her 53-year-old bones will crumble away.

The Spider has been around Anacortes for some time, according to Bert Jones of 1119 6th St. who bought her in 1919. She was built here in 1908 by Fred McGill, who was called Spider for some reason Jones does not recall. The boat got her name from her builder.

An agreement to purchase Saddlebag Island for use as a state park and continued efforts to insure that Pass Lake will be preserved to become a part of Deception Pass State Park was announced late last week by Representative Duane Berentson in Olympia.

Financial ruin for many fishermen in Anacortes and throughout Western Washington is feared following the Reagan administration’s decision against reinstating $15 million for a fishing boat buy-back program.