Buy Now
May 22, 1941: HIGH STEPPING, baton twirling, Miss Phyllis Winkler of Anacortes, amazed local people attending the Rotary Club show this week with her clever handling of the baton. Miss Winkler besides being Drum majorette from the high school band will also be majorette for the Anacortes Elk’s Lodge. 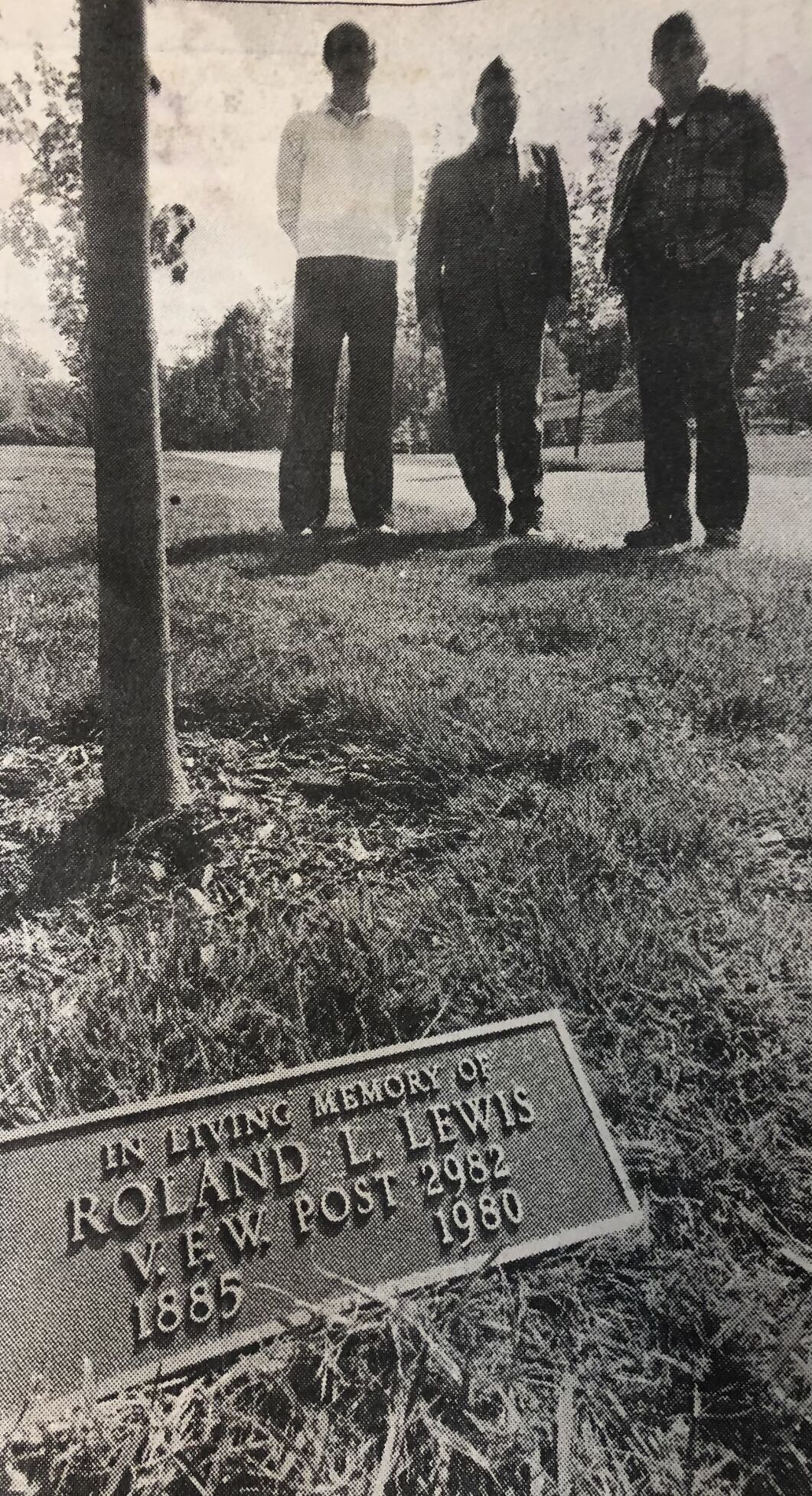 May 20, 1981: GRANDVIEW Cemetery in Anacortes is the site of two memorial donations from the Lt. Arthur E. Carlson Post 2892 Veterans of Foreign Wars. The bronze plaque shown here is in honor of Ronald Lewis, who died last year.

Buy Now
May 22, 1941: HIGH STEPPING, baton twirling, Miss Phyllis Winkler of Anacortes, amazed local people attending the Rotary Club show this week with her clever handling of the baton. Miss Winkler besides being Drum majorette from the high school band will also be majorette for the Anacortes Elk’s Lodge.

May 20, 1981: GRANDVIEW Cemetery in Anacortes is the site of two memorial donations from the Lt. Arthur E. Carlson Post 2892 Veterans of Foreign Wars. The bronze plaque shown here is in honor of Ronald Lewis, who died last year.

A telegram was received yesterday from Olympia containing the joyful news that the election certificates were filed in the office of the secretary of state, and that at last Anacortes is an incorporated city. The greatest enthusiasm prevails everywhere. Steps were at once taken for the holding of a large ratification meeting, ample calls for which were willingly subscribed by the rejoicing citizens. The meeting will be held this evening on the corner of Fourth street and P avenue. The city band will turn out in honor of the great event.

Wednesday seemed to be rather an unlucky day for the fire department, as there were two still-alarms and one serious fire all within twenty-four hours’ time. The fire which was of consequence occurred at one o’clock Thursday morning, when the residence of John O’Day, on Nineteenth street and M avenue, was found to be on fire. The family escaped in their night clothes, losing everything. Mr. O’Day nearly lost his life in trying to save his little ten-year old son Paul, who is a very heavy sleeper, and who could not be found. While the father was trying to find him he had been awakened by the commotion and had made his escape.

“Shocking condition of affairs,” following the failure of the city to enforce the curfew ordinance has been discovered by Mrs. Morriss of the Salvation Army. … Mrs. Morriss had tracked a young couple from the bus barn down town and then westward where the pair, a girl of perhaps thirteen and a boy of possibly fifteen, had given her the slip near the park, as late as midnight a short time ago. It might have been a few minutes before midnight and as late a five minutes after that hour.

“Have you notified the marshal of your discoveries and of the failure to observe the curfew ordinance?” ask Councilman Trafton. She was informed that the marshal was employed to enforce the ordinance.

An industry without depression is found in Skagit county.

Hard times of 1930 may or may not have had something to do with it.

T. J. Wooten who resides near Anacortes appealed to the county commissioners during a recent session protesting against the county’s plan to close the road leading west from the Guemes ferry landing and running west and north to a point intersecting the present county road.

Writing for “Current Events,” a publication distributed to classrooms throughout the world, Sevareid pricked the fancy of local students three weeks ago with an announcement that he would compile a list of “Who’s Who in present day history.”

…George Fuhr and Gerald Penter scored seven out of 14 hits to divide first prize – possibly proving the gap between JHS and CBS is only eight names. Plus, of course, the difference between one dollar (their reward) and Sevareid’s salary. With six correct calls, Jim Henning won himself 50 cents.

A five-month professional field study to determine effects of the recent diesel spill in Guemes Channel is now underway in the San Juan Islands.

…A team consisting of one oceanographer and three marine biologists will conduct the survey in accordance with tasks outlined by the two agencies. Estimated costs of the study are $40,000 to $45,000, and will be paid with federal funds already allocated for oil spill studies.

It’s official. The Port of Anacortes will not get the long-awaited $4.9 million in low-interest federal loan monies this fiscal year.

“They got tubed – at least for this year,” an angry U.S. Rep. Al Swift told the American by phone Monday from Washington, D.C.

The funds, which were literally days — perhaps even hours — away from final approval for the port earlier this year, would have funded expansion for the port’s Cap Sante Boat Haven.

That project, generally considered the port’s top priority for action, has been long awaited by the Anacortes community as a needed boost for the local economy.

The loan funds, to have been granted under the Coastal Energy Impact Program of the Department of Commerce, were made suddenly unavailable to the port by an eleventh-hour budget freeze by the new Reagan Administration.

“They may be saving money at the federal level, but they’ve wasted money for the taxpayers of the Port of Anacortes,” said Swift, noting that the port had spent $60,ooo in the preliminary action toward the loan funds.