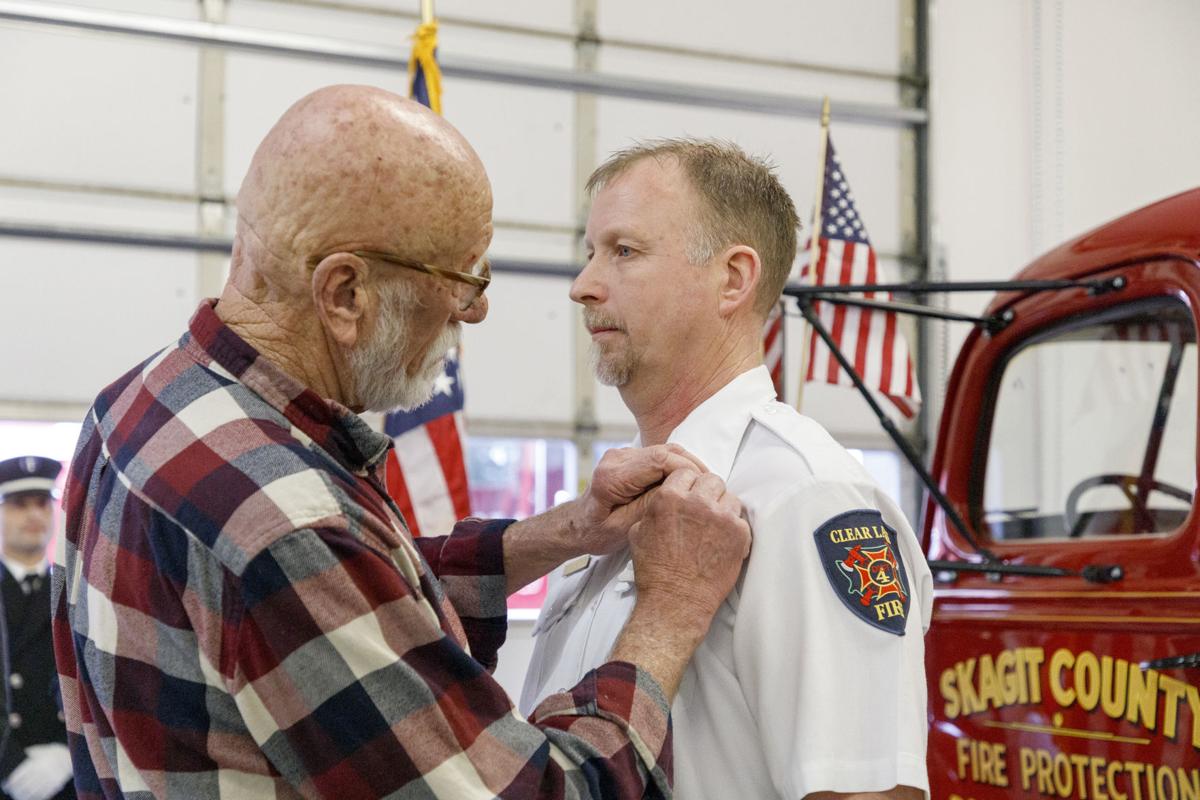 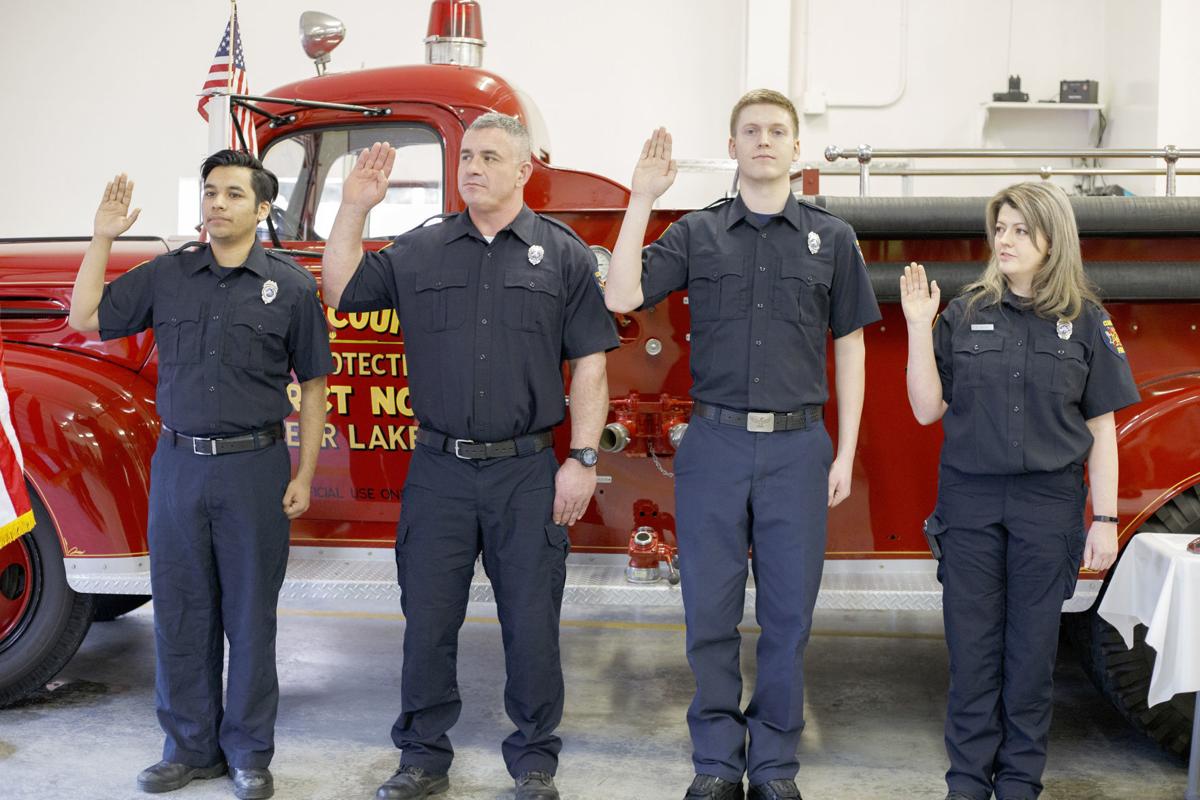 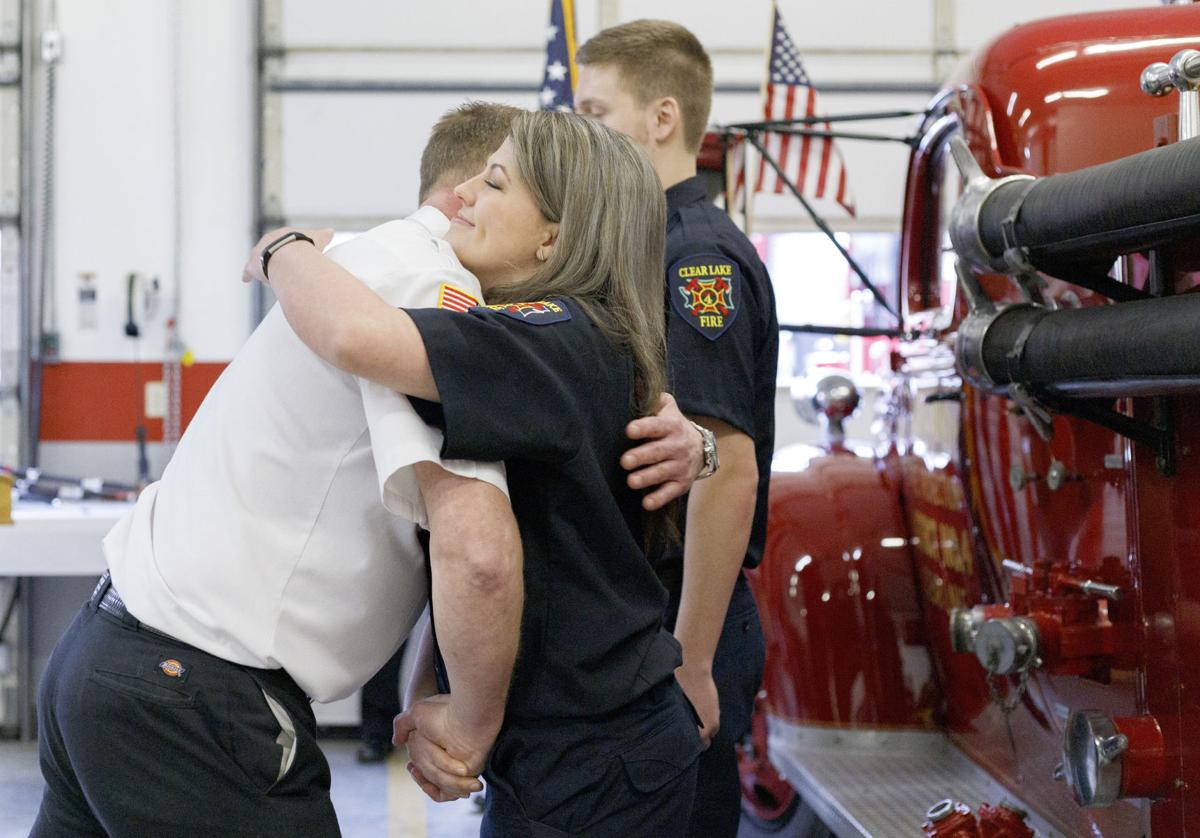 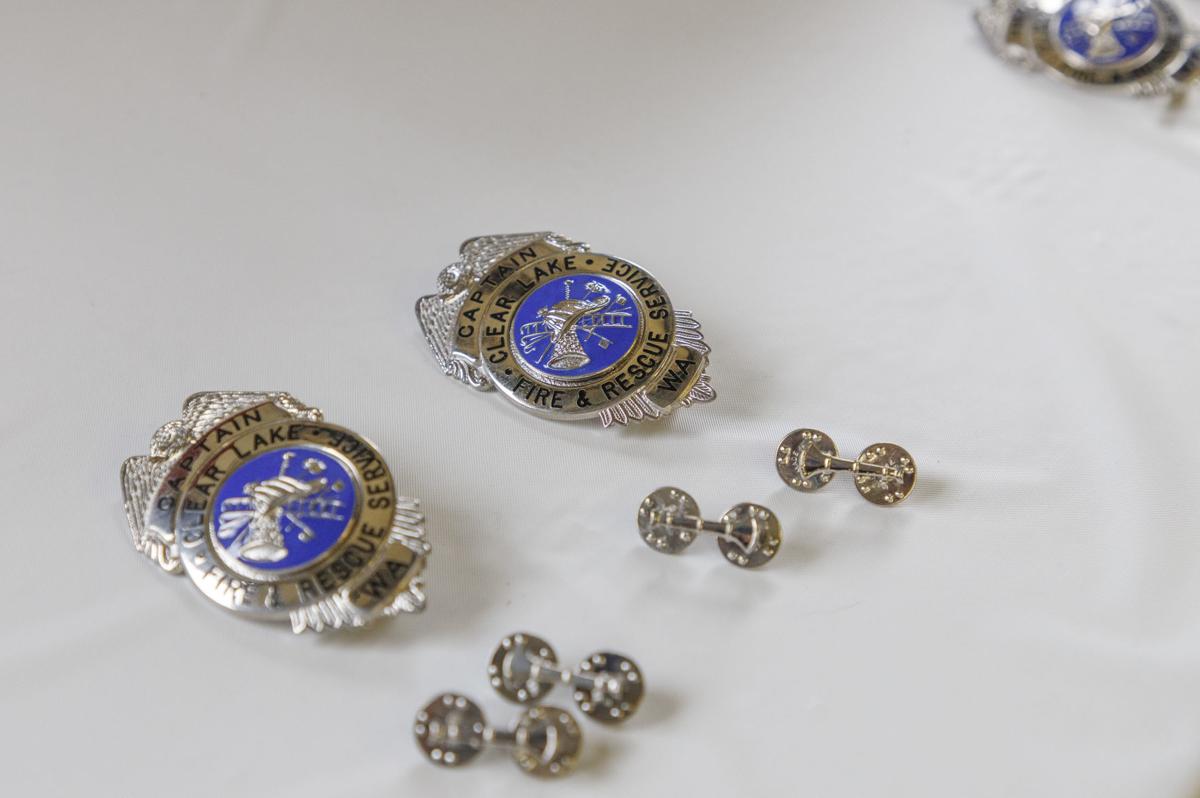 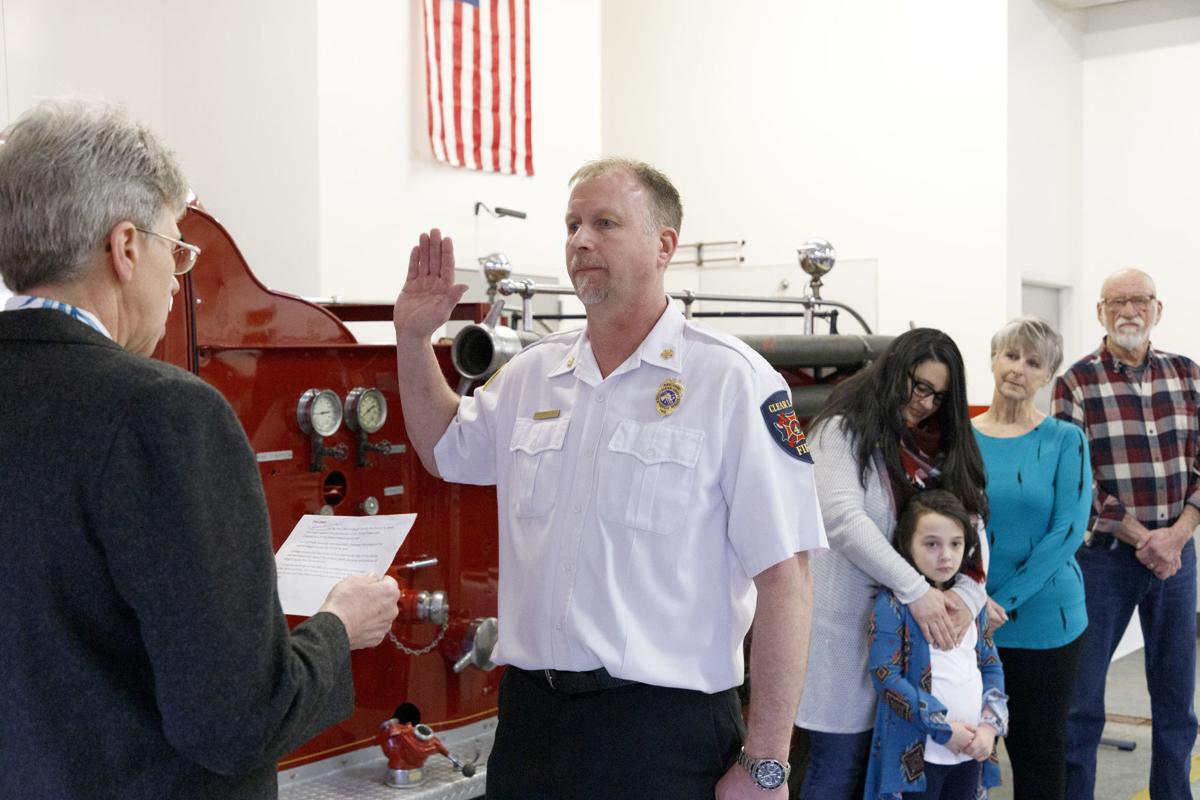 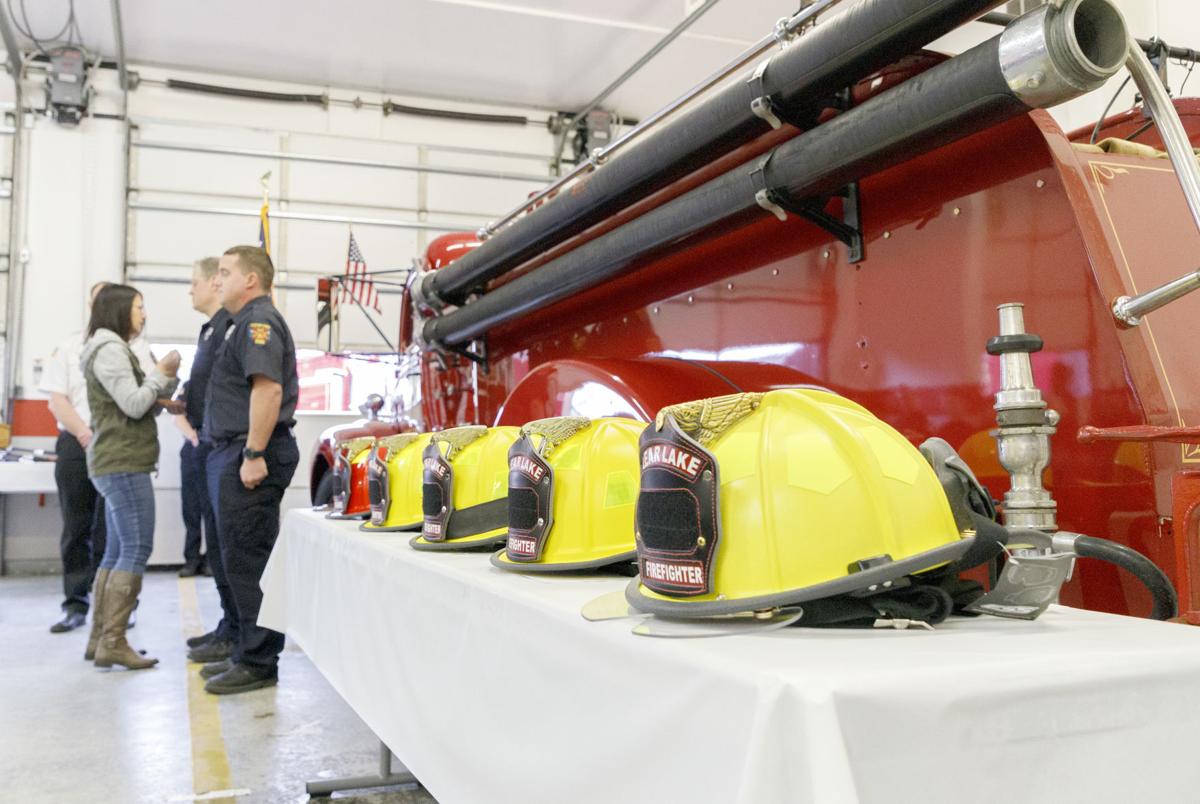 “It’s important for them to remember when and why they joined,” said Fire District 4 Chief Ryan McDonald. “I don’t think a lot of volunteer fire departments do (pinning ceremonies).”

He said Saturday was the first time the department held a badge pinning ceremony at its own station. Previously, a joint ceremony was held for fire districts 4 and 9, in Big Lake, when both districts had the same chief.

Four new volunteers were sworn in, and two were promoted to the rank of captain. McDonald, who took over as fire chief in September, was also sworn in and presented a badge.

McDonald said it’s becoming more difficult to find volunteers willing to give up their time.

Volunteer Holly Grenz was pinned by husband Allen Grenz and son Jaeden Grenz, 11. She previously served four years as a volunteer, took an eight-year hiatus, and returned three years ago. She said she wanted to volunteer again after hearing about a shortage of recruits and to help the community.

She said sometimes her son comes along and waits in the car while she responds to a call.

James Quintero, a volunteer firefighter of one year and a Skagit Valley College student, said he has found a family in the department.

“I came from California and they took me in,” he said.

Volunteers Jason Austin and Derek Volk were also presented with badges. Eric Warner and Adam Shelly were sworn in as captains.

Tami Mattox was sworn in as new commissioner for the fire district. Mattox said volunteers go through a training program and are also expected to complete an emergency medical technician program, which often means weekend and evening courses.

“It’s a huge commitment,” she said.