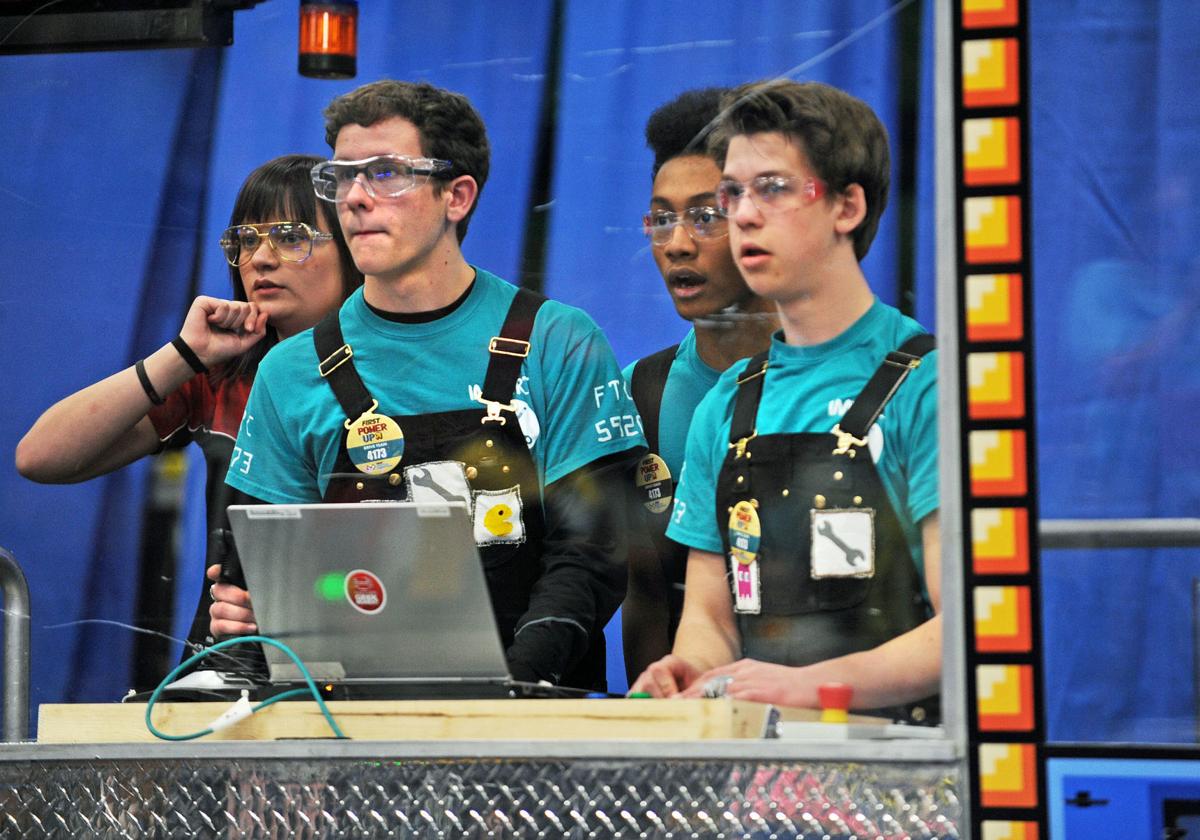 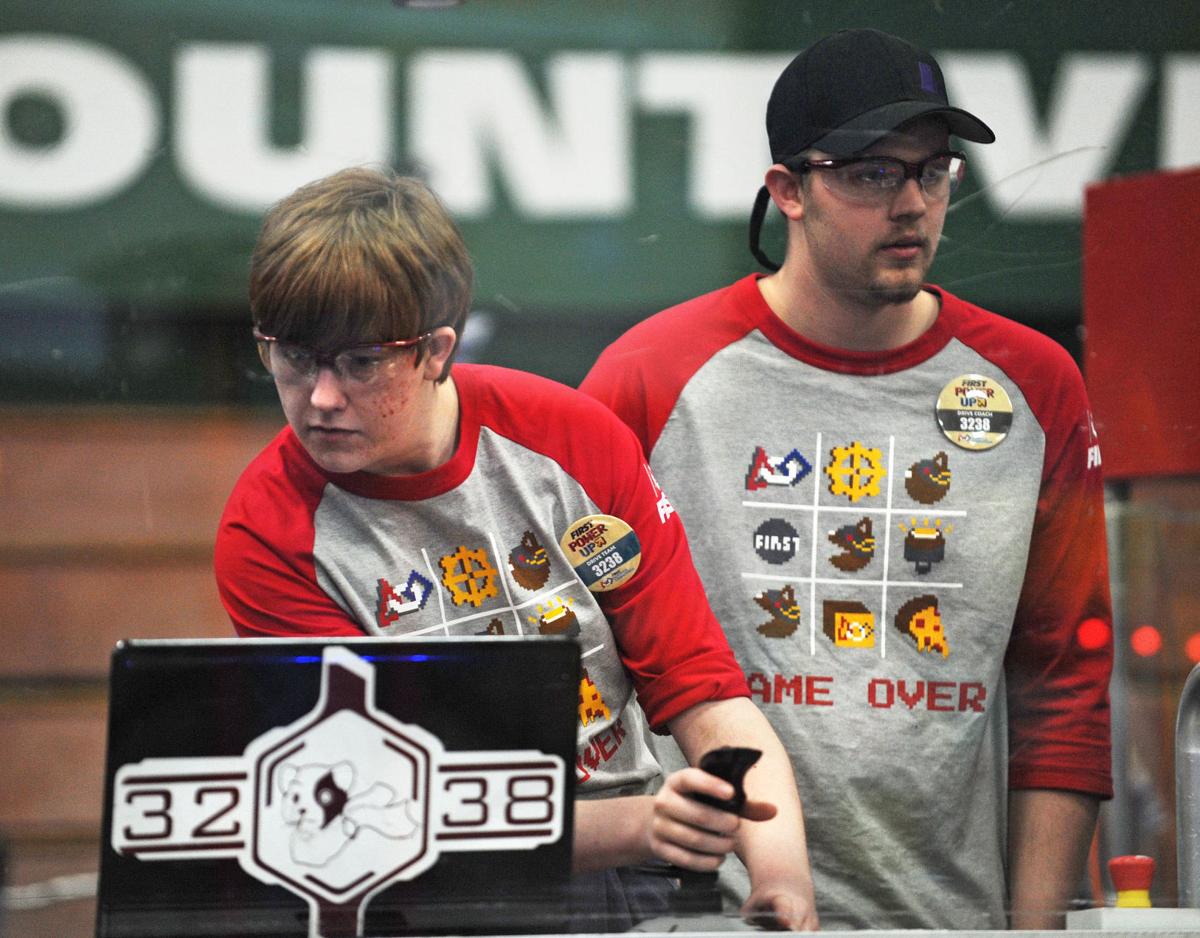 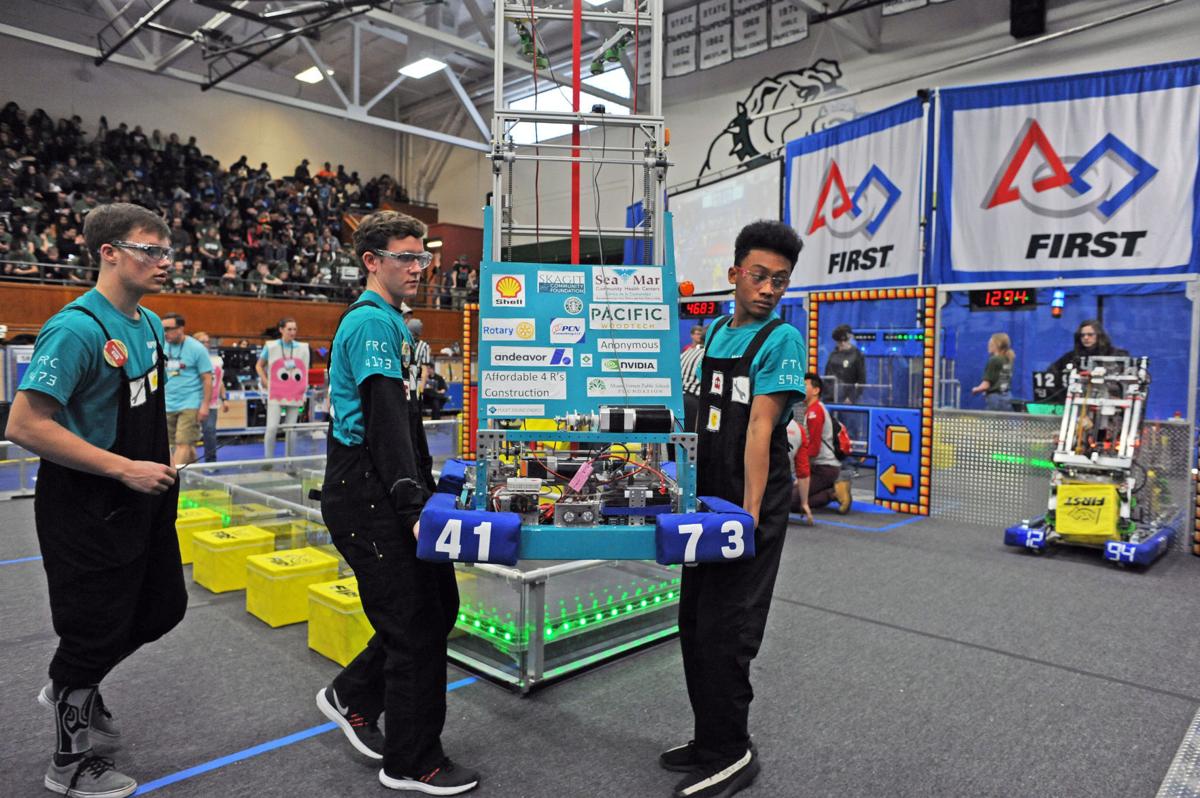 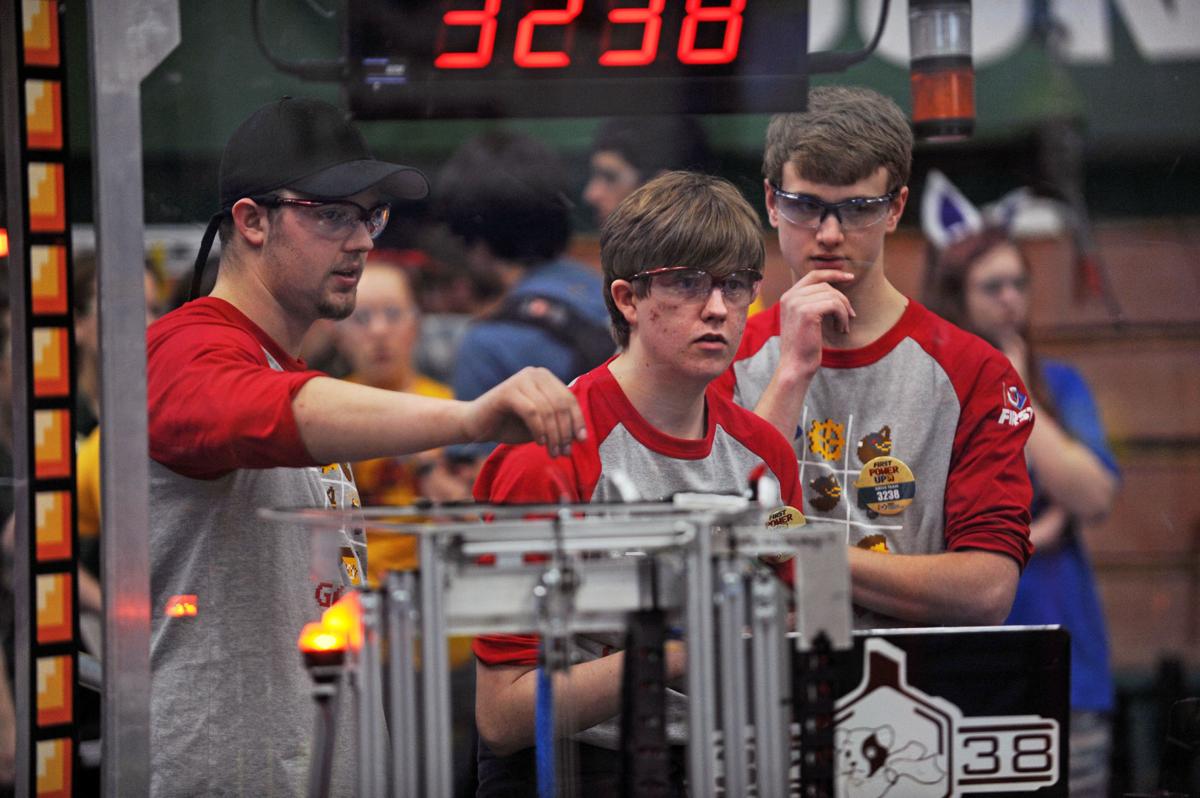 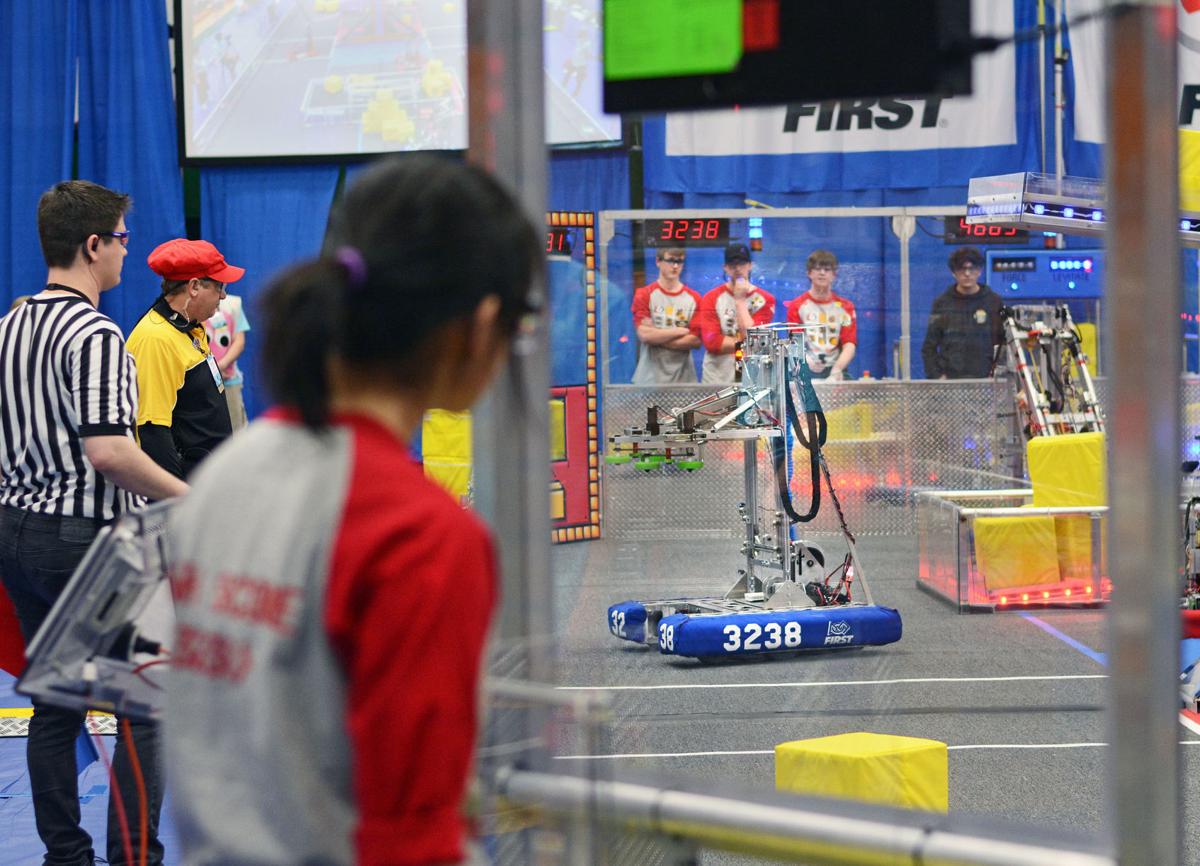 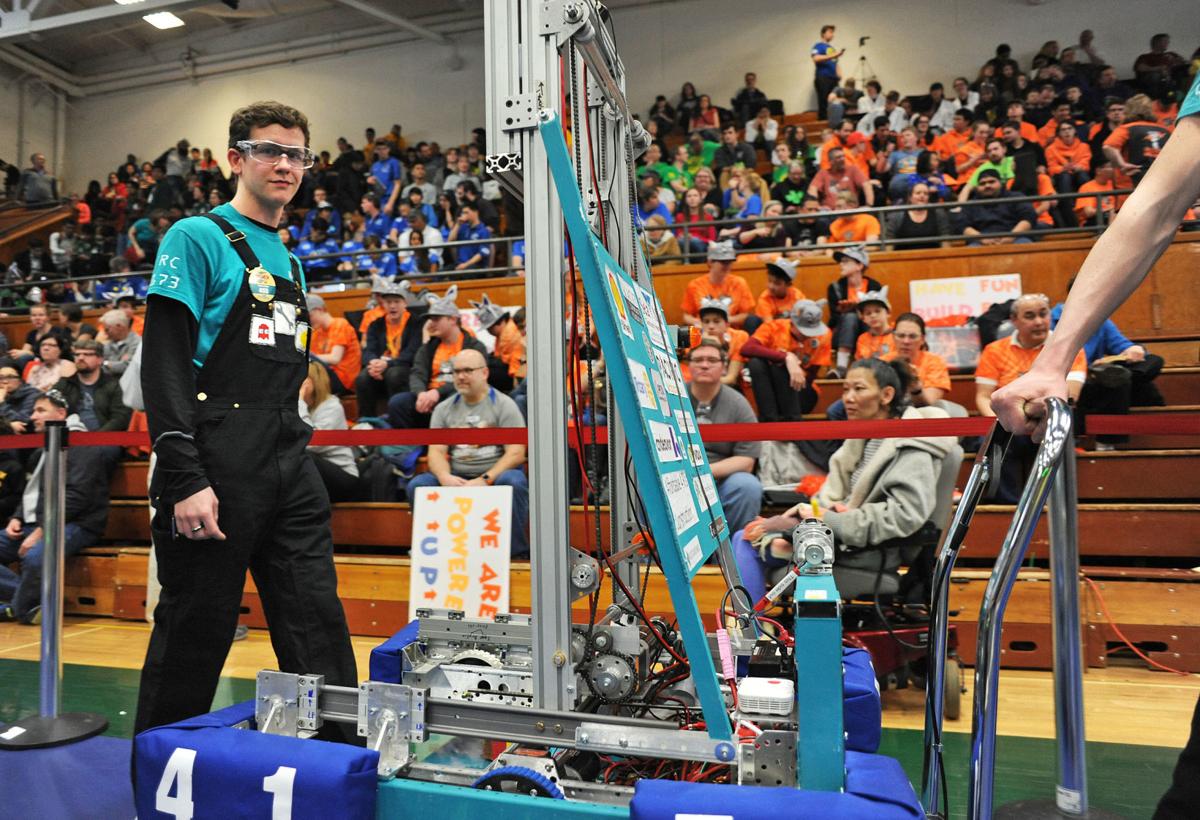 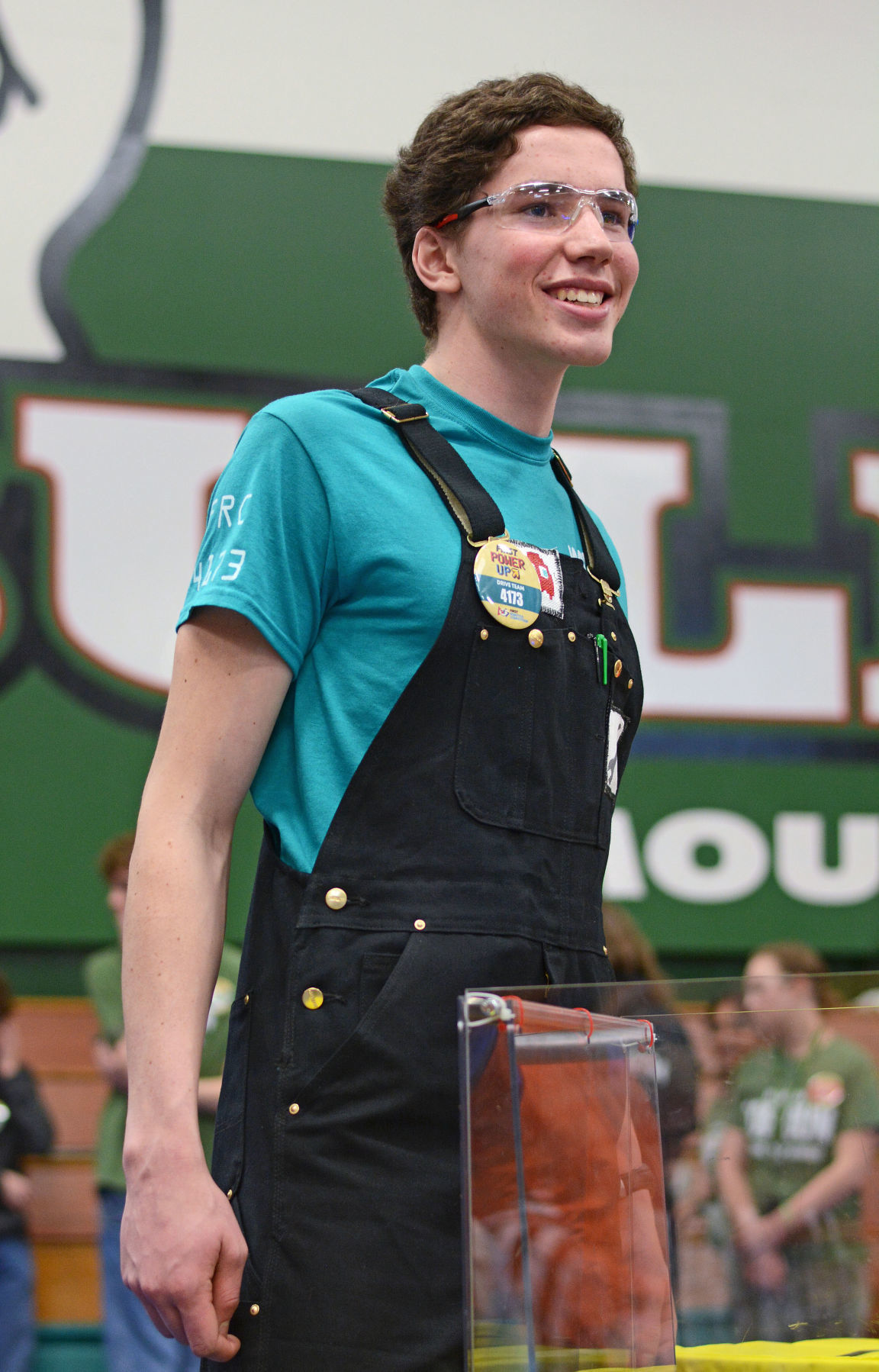 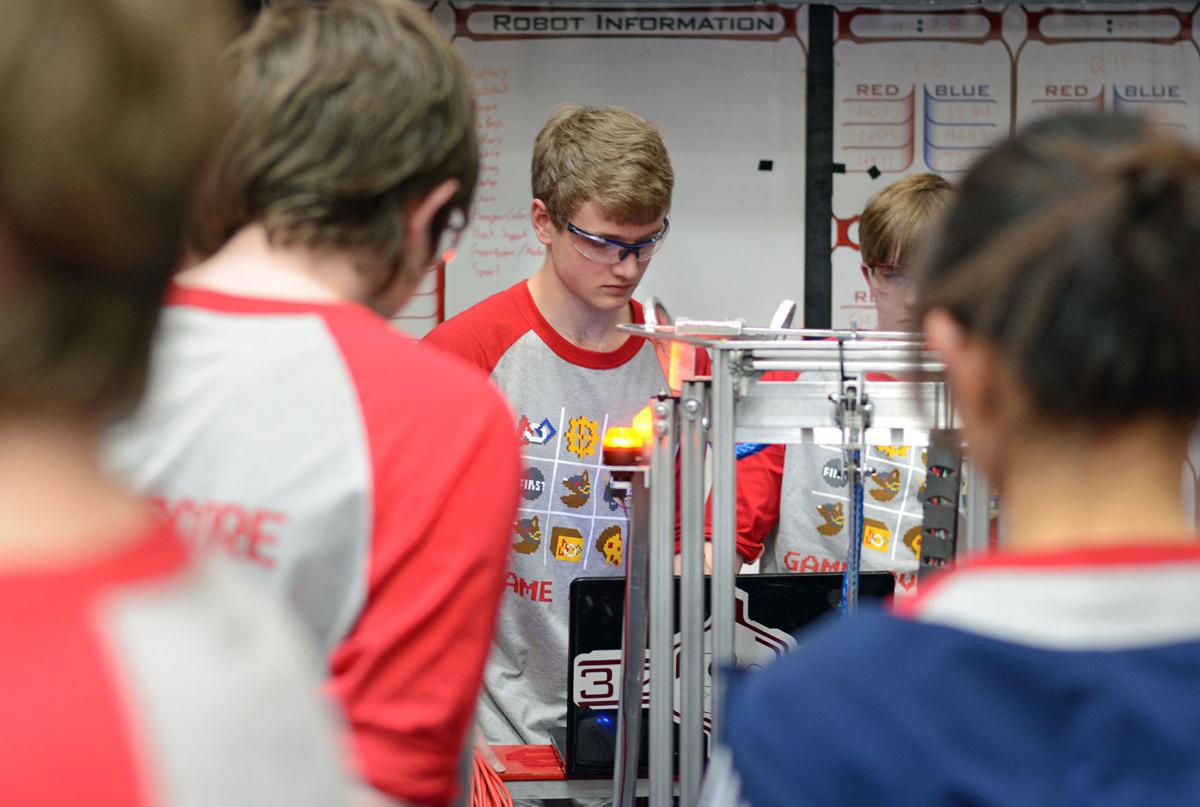 The Anacortes High School robotics team works on its robot in the pits during a break in the action Saturday at the FIRST Robotics Competition at Mount Vernon High School.

The Anacortes High School robotics team works on its robot in the pits during a break in the action Saturday at the FIRST Robotics Competition at Mount Vernon High School.

The three-day event began on Friday and will culminate on Sunday.

FIRST, which stands for “For Inspiration and Recognition of Science and Technology,” is a global not-for-profit that aims to inspire youths to be STEM leaders and innovators through working with robotics. Programs start for kids as young as 6 and continue through high school.

Kevin Ross is the founding chairman of FIRST Washington, the state’s chapter of FIRST.

“We’re looking for the kids who would like to be engineers, but just don’t know it yet,” he said.

Of the approximately 24 kids on each high school-level team, eight of them are “nerds,” Ross said good-naturedly, who were already going to be engineers. It’s the 16 others who are most dramatically impacted by FIRST’s programs, exposing them to STEM (Science, Technology, Engineering and Math) fields.

Elisabeth Jenkins, 18, fell in love with robotics eight years ago when she went to a competition in Maryland. From there, she participated in a FIRST LEGO League for those in elementary through middle school, and later, FIRST Robotics Competition in high school.