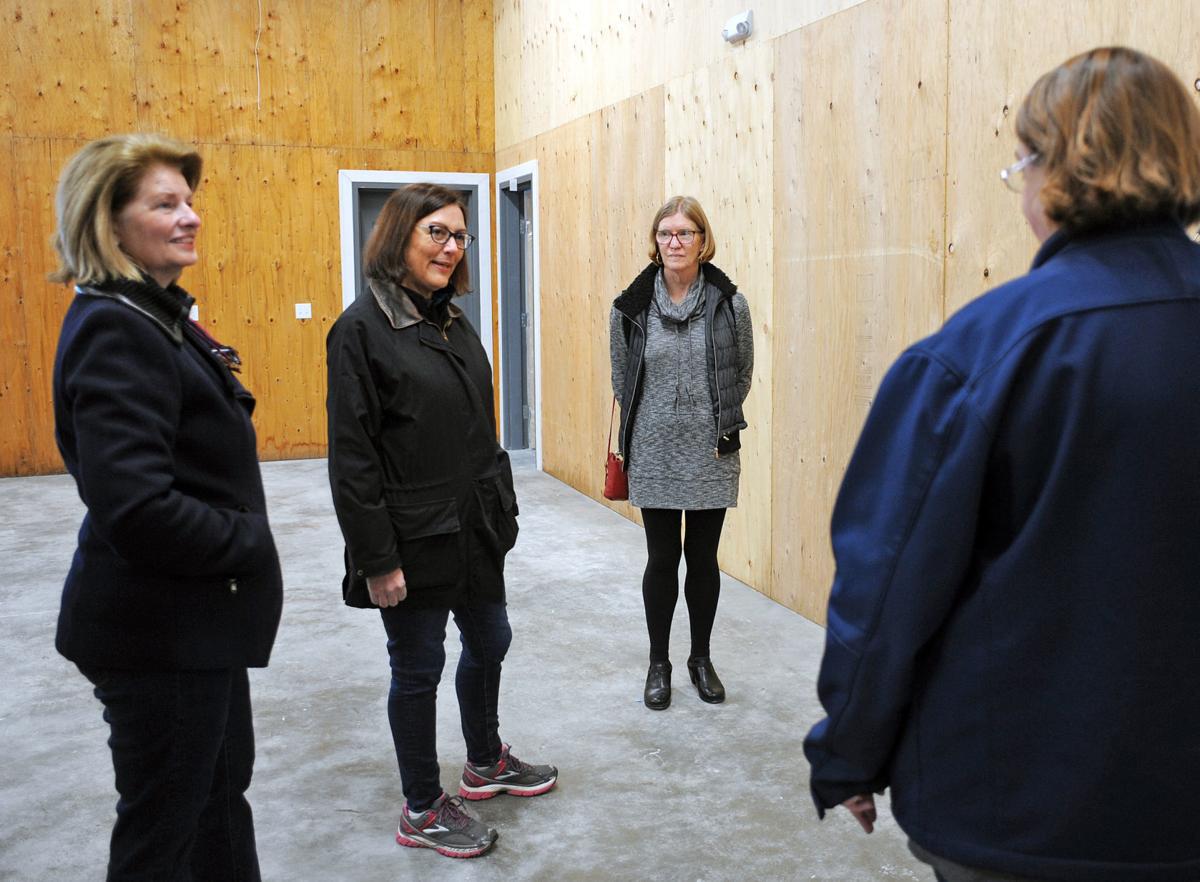 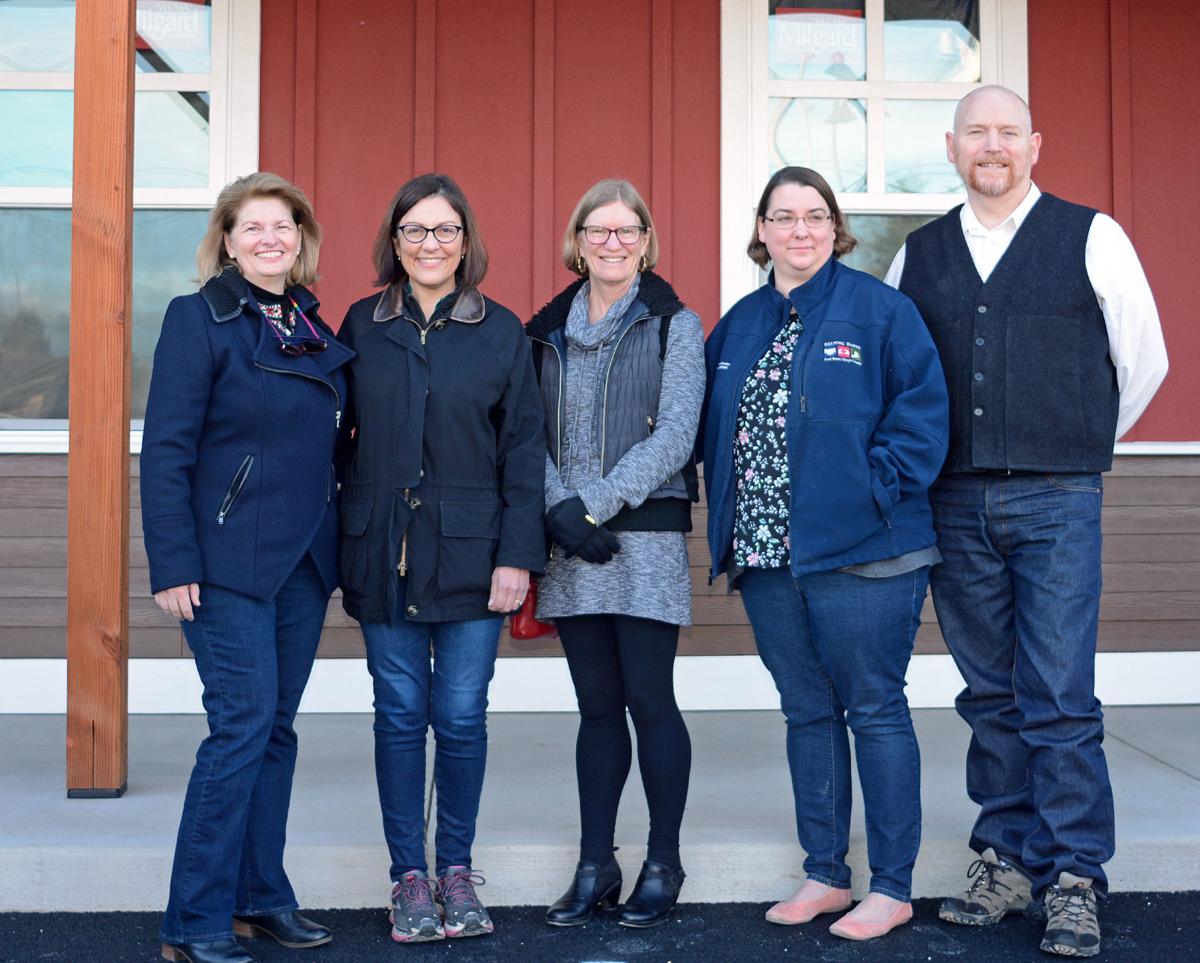 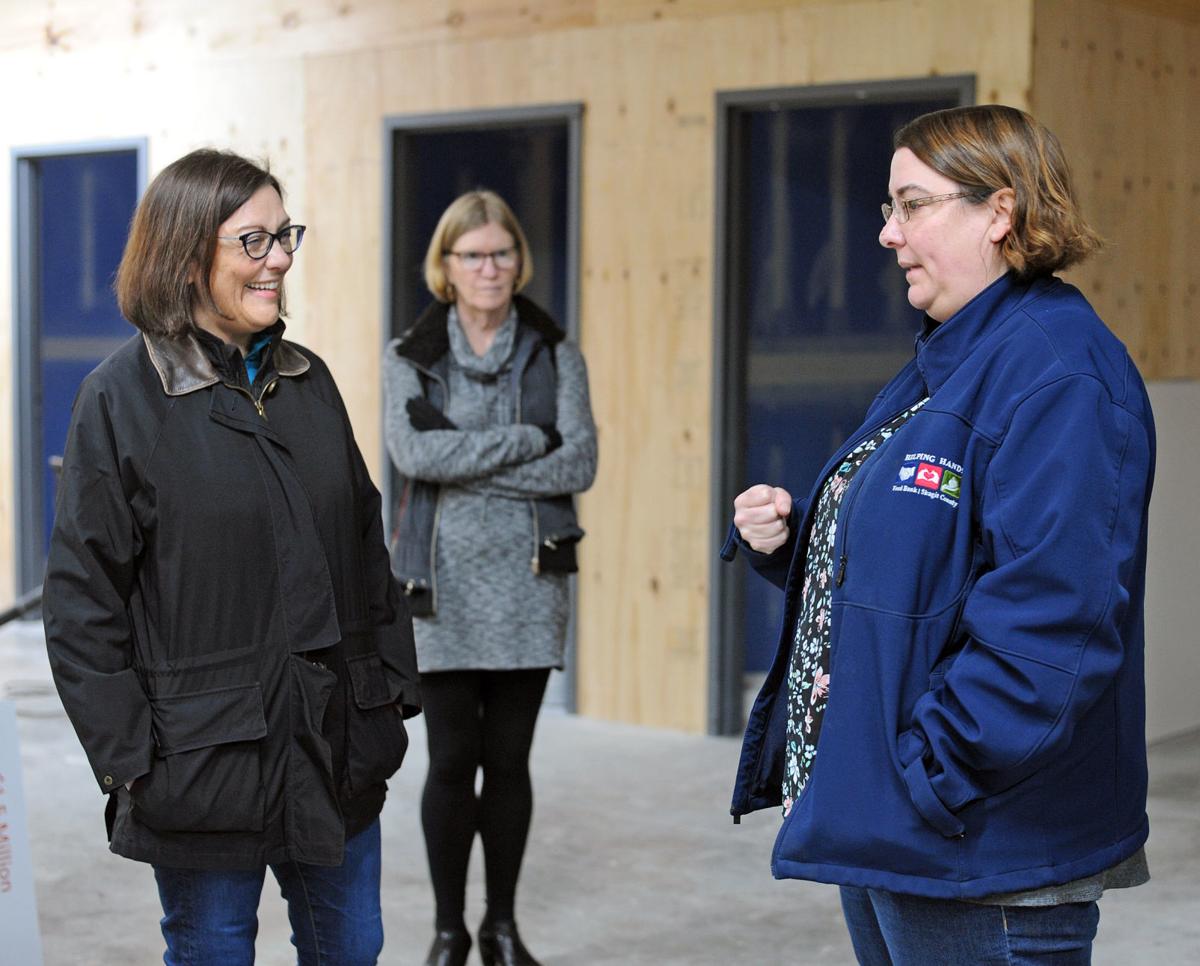 SEDRO-WOOLLEY — The goal of the new Helping Hands Food Bank facility is not to make the operation bigger, said Executive Director Rebecca Larsen, it’s to make the need for the food bank smaller.

“The idea is to get smaller by not just giving people food but connecting them with services that will allow them to not need the food bank anymore,” Larsen said.

The 10,000-square-foot facility, set on 5 acres of land at the corner of Fruitdale and Wicker roads, includes space where other community organizations can set up shop.

“This won’t just be a place to come for food,” said U.S. Rep. Suzan DelBene, who toured the facility Saturday with Sedro-Woolley Mayor Julia Johnson. “It’s a place for people to come to get resources that are available, to talk to others, to build a community.”

The new facility, scheduled to open in a few months, will be open 25 hours a week over four days. The current facility, located off Cook Road, is open five hours one day a week.

Many people have misconceptions about who visits a food bank, Larsen said. “A lot of people are working families, they’re not drug addicts. And if they are, who cares? They need to eat too.”

At the new facility, customers will be able to browse aisles and displays as they would at a grocery store, rather than going through a line similar to that of a soup kitchen, Larsen said. It also includes a community classroom for education and skills training.

Neighbors were concerned the food bank would bring traffic to the area, but Larsen said being open more days a week will actually reduce traffic.

The design of the building, which resembles a barn, is intended to blend in with the neighborhood, Larsen said. Even the street lights in the parking lot are designed not to diminish the view for star-gazing neighbors.

“We really went out of our way to make sure we fit in,” Larsen said. “Because we really want to be just a part of the community.”

The new facility will open once fundraising is complete, Larsen said, which should be in the next few months.

Food bank officials have received $250,000 from Janicki Industries, $300,000 from the McIntyre Foundation and $40,000 from the Gates Foundation. Sierra Pacific donated the wood for the building.

The food bank provides free food to customers based on family size. Anyone can visit the food bank once a week.

“I get that you don’t want to keep feeding people food every single week for the rest of their lives,” Larsen said. “So now we’re gonna change the way we do things so that we’re not feeding people everyday, we’re moving them out of the system.”