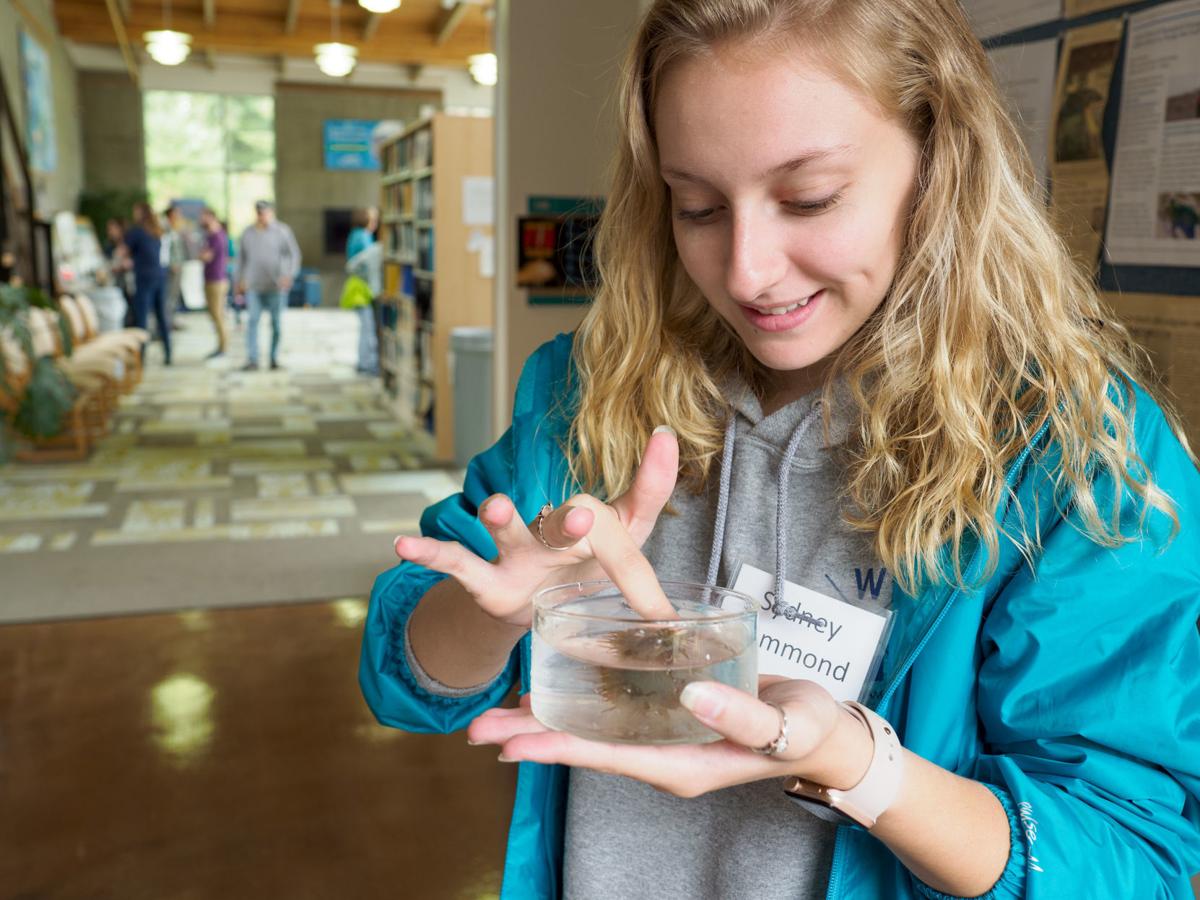 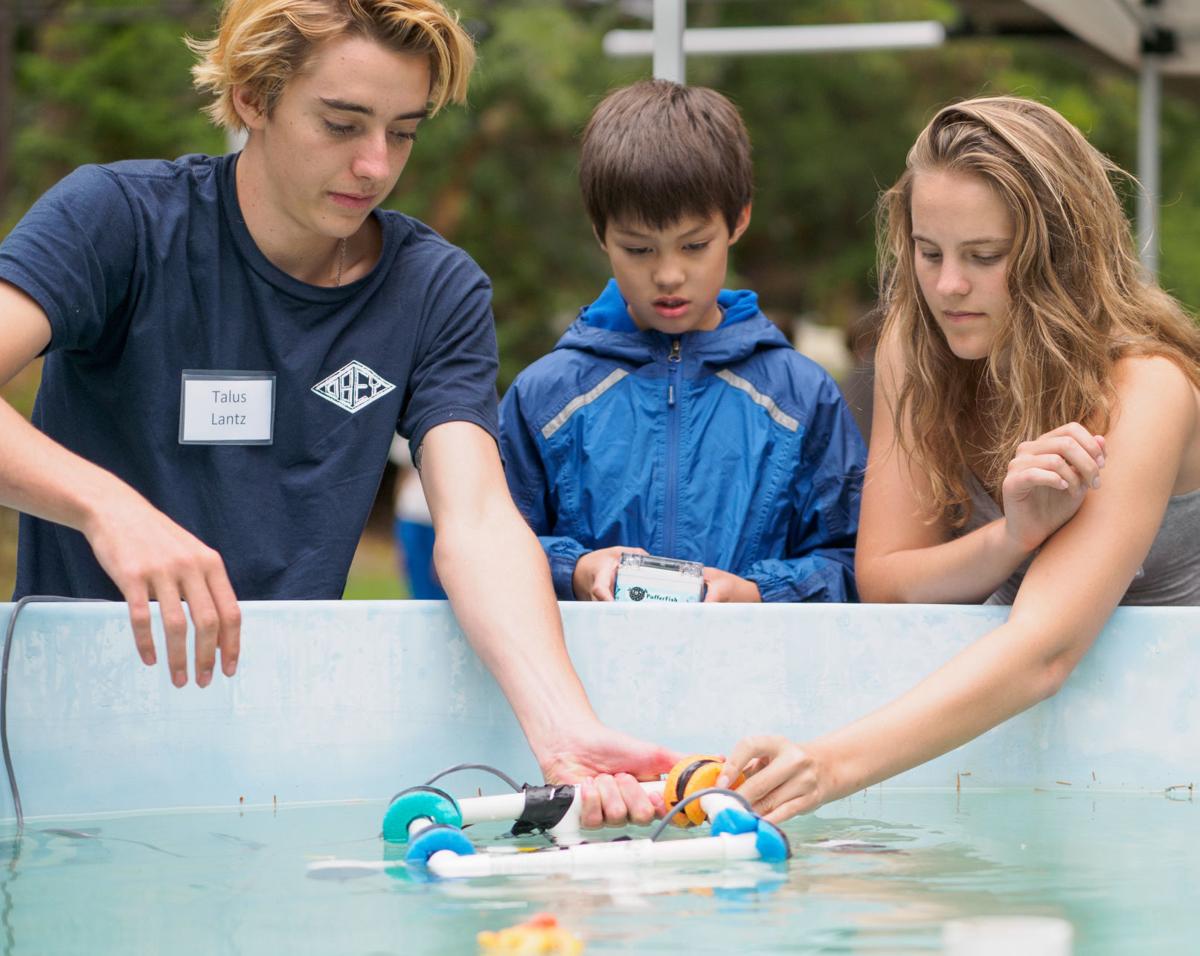 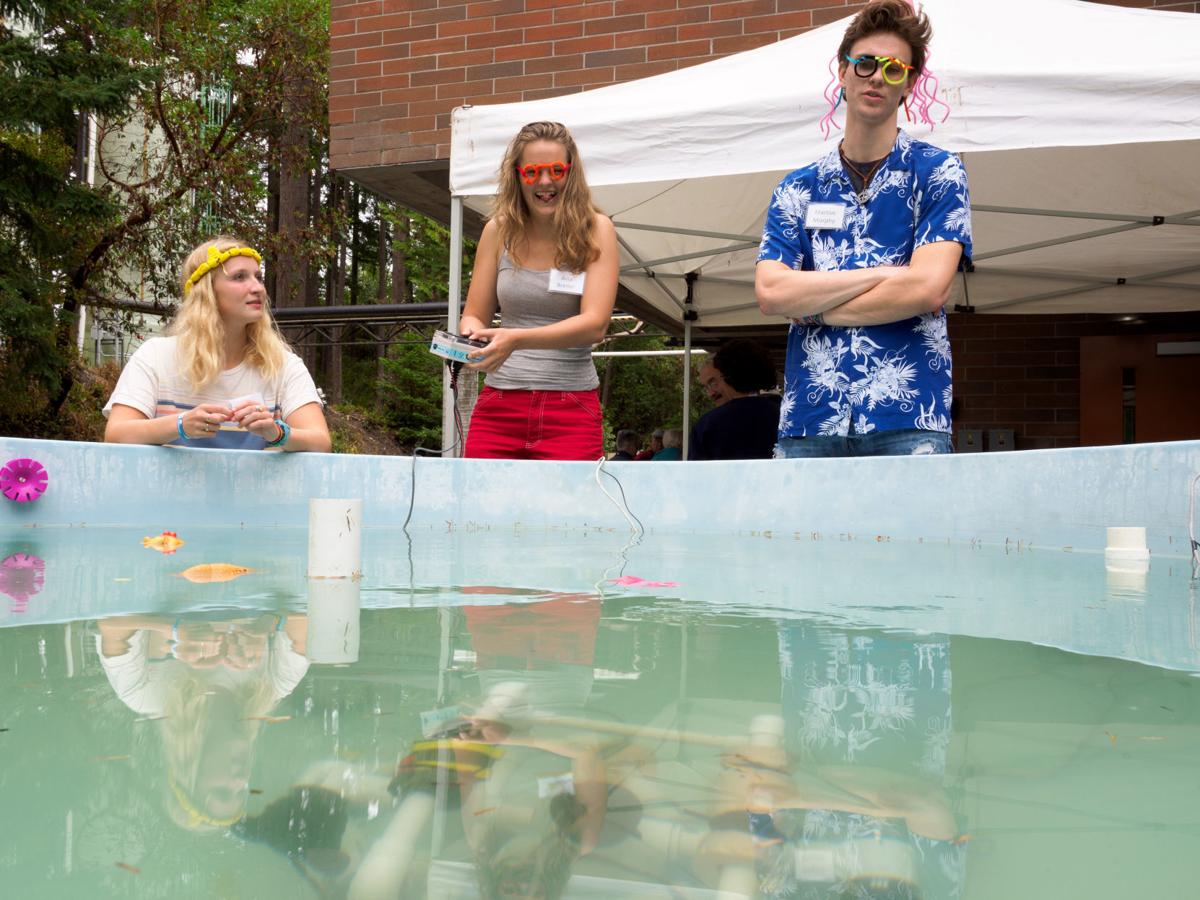 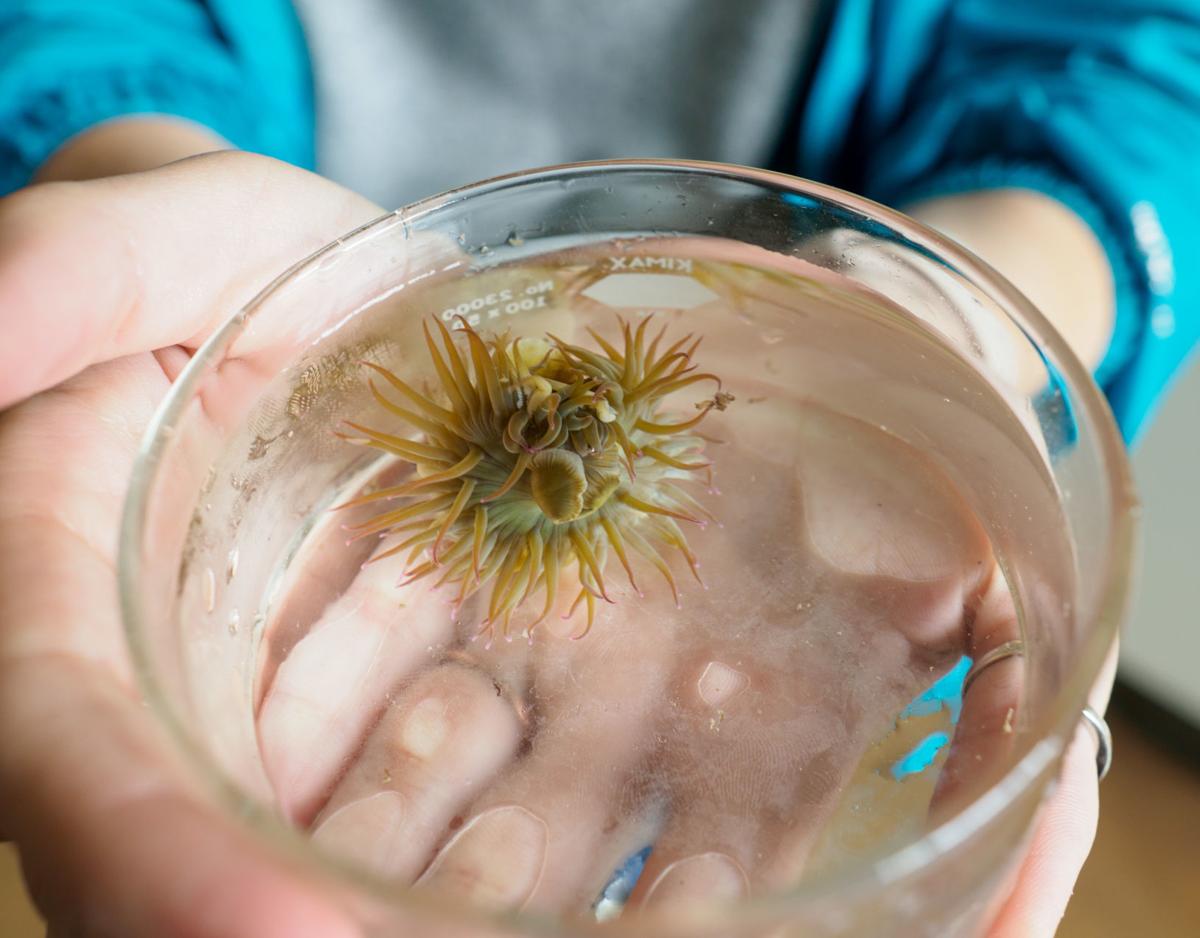 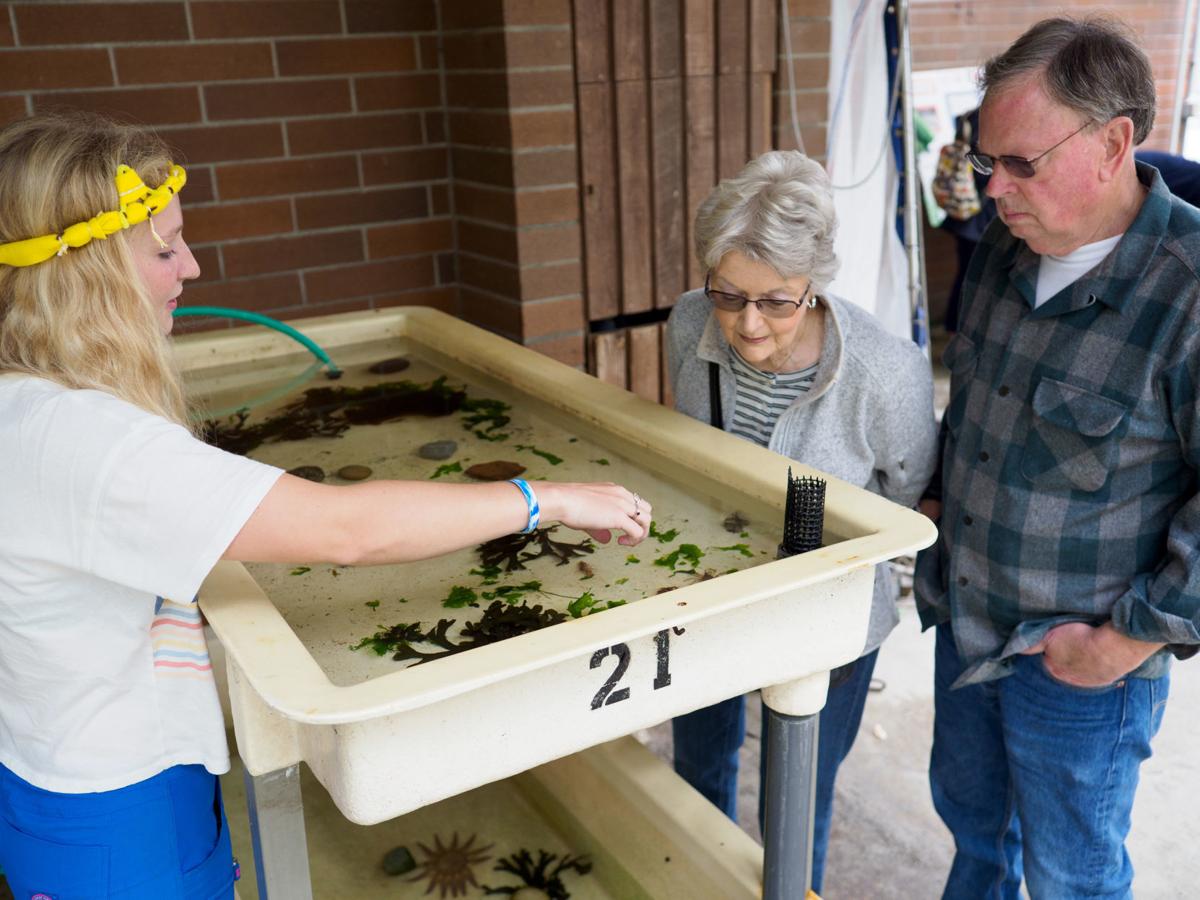 Visitors got a first-hand look at some of the creatures beneath the surface of area waters, and their relationships in the marine food web, at an open house Saturday at Shannon Point Marine Center.

Staff from Western Washington University, which operates the center, along with undergraduate and graduate students, shared research and activities.

Maia Heffernan, a student in Western’s Marine Science Distinguished Scholars Program, a two-week program at Shannon Point for incoming freshmen, shared equipment scientists use to explore the ocean and take samples. They range from nets to giant claws called benthic grabs to remote operated vehicles that can explore hundreds of meters underwater, she said.

In a pool, students showed off their own underwater rovers, the homemade version of the small unmanned submarine used by researchers at Shannon Point.

Ben Rolfes, 7, of Anacortes, said he wanted to combine his interests in marine biology and coding and create a robot to explore the ocean.

“I think the sea is cool and I also like fish and coral reefs,” he said.

He said he learned at the open house that grass shrimp, a small, translucent crustacean that lives in eelgrass beds, become food for creatures higher up the food chain.

Kelley Bright, research associate at Shannon Point, said the research at the center ranges from studies of hydrothermal vents, seaweeds, ocean acidification, and microplankton, some of the smallest organisms in the sea.

“Our mantra is to keep it as pristine as possible, so students can go out and see places that have been impacted,” he said.

This fall, Western is starting a new bachelor’s in science degree in Marine and Coastal Science at Shannon Point Marine Center.