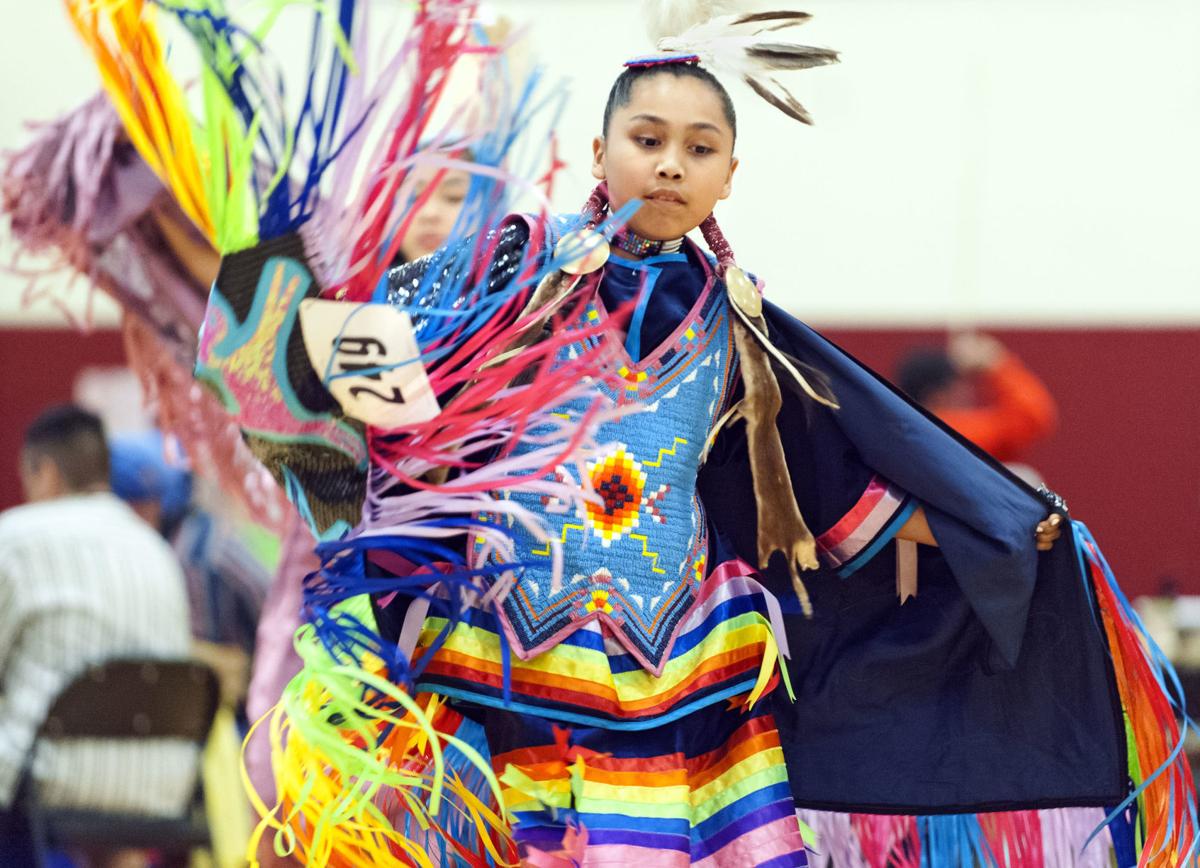 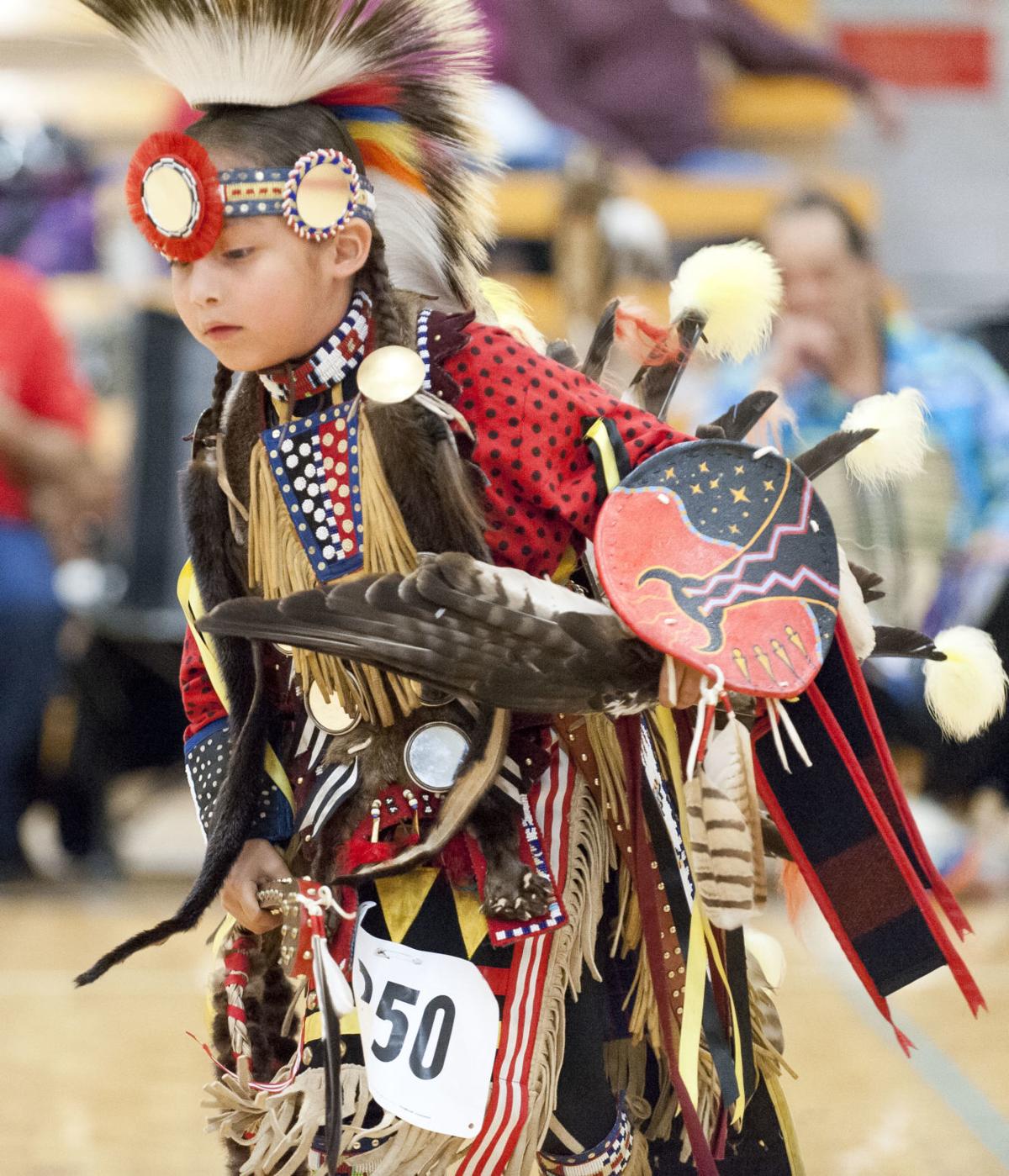 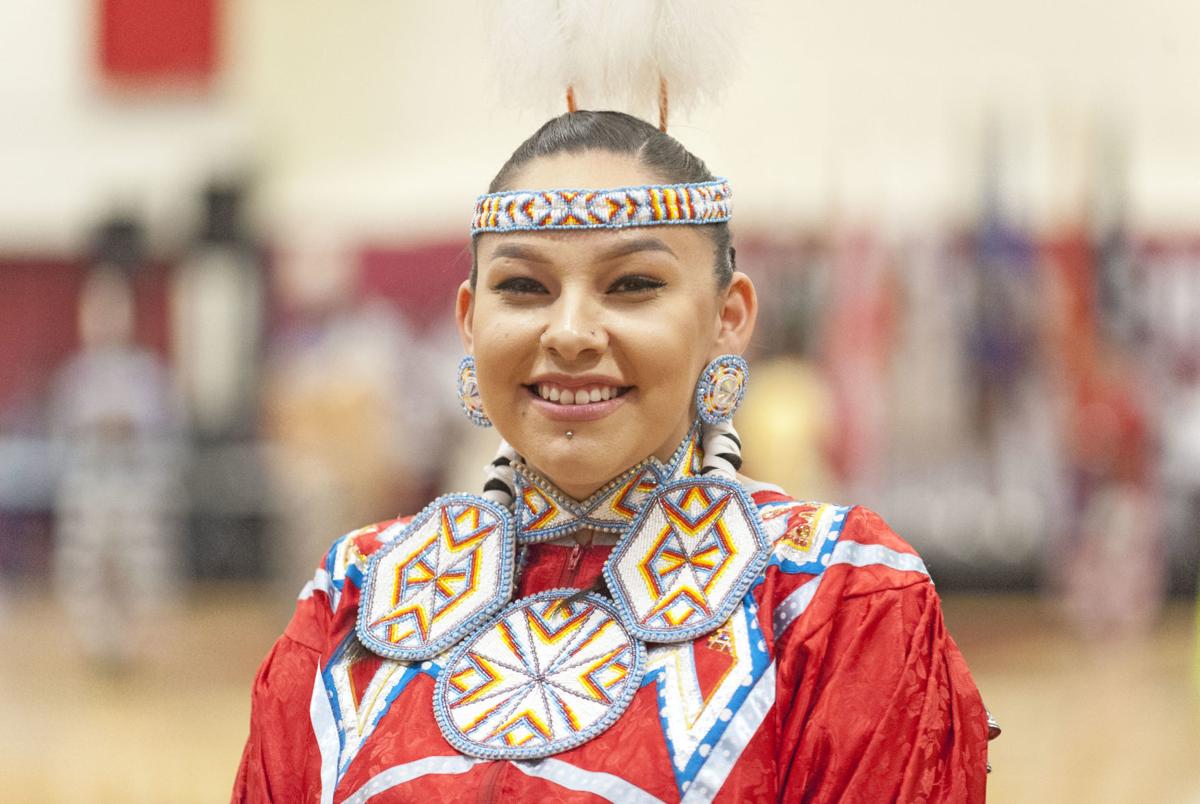 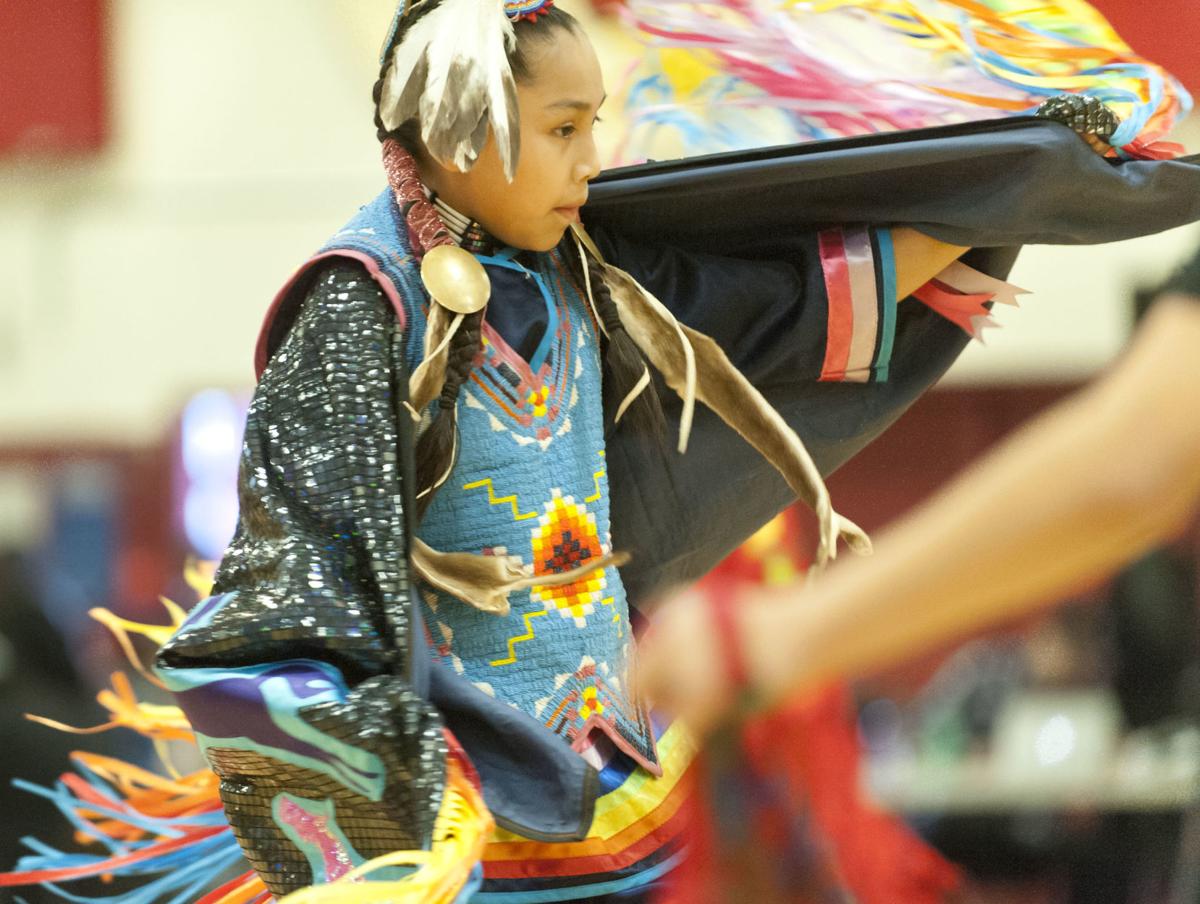 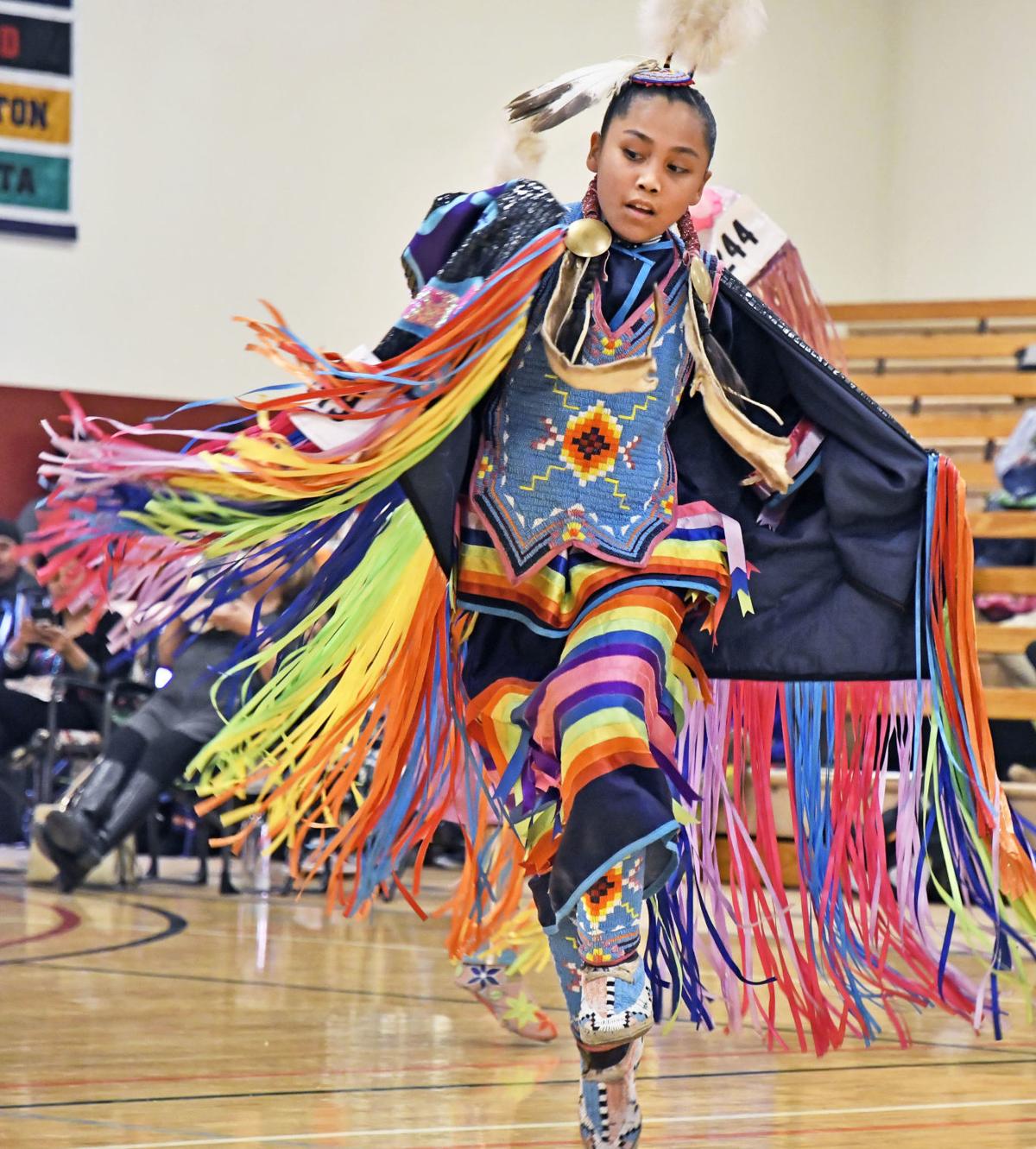 MOUNT VERNON — At the start of a pounding drum, a group of indigenous women wearing jingle dresses began dancing in the middle of the Dave DuVall Pavilion at Skagit Valley College, the shiny metal cones on each dress clinking together like wind chimes.

Tribal members from the U.S., Canada and Mexico watched from the bleachers Saturday at the college’s annual Fall Powwow. The three-day event concludes Sunday.

The event was revived four years ago by Alana Quigley, Jason Quigley and Morgan Young after about a 15-year absence.

Alana Quigley said she wasn’t aware of the powwow’s history while coming up with the idea.

“Finding out it happened in the past just drove us more,” she said.

As an employee at the college, a student at Western Washington University and an indigenous woman, Quigley has deep feelings about the powwow’s setting.

“At one point, education was used to separate indigenous families,” she said. “To have this here is very healing.”

The powwow gives indigenous people the opportunity to remember where they come from, pass on traditions and share different styles of dance, she said.

Across the gym, Navajo Nation tribal member Tiana Woods sat in the bleachers wearing her own jingle dress as the dancers continued to side step across the floor.

The 24-year-old from Seattle said this is her third year coming to the powwow.

“What brings people here is the community,” she said. “It’s a celebration of dance, song and life.”

When speaking of her own love of dance, Woods’ face lit up.