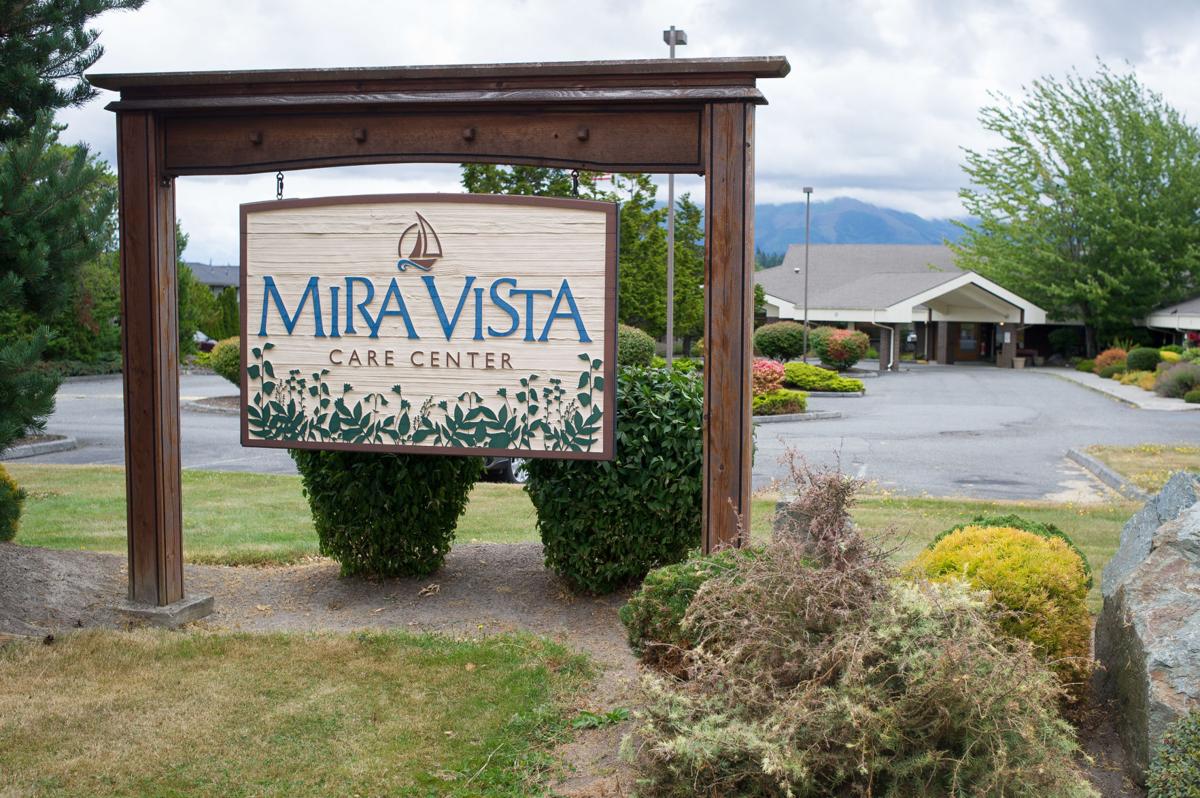 After Mira Vista Care Center in Mount Vernon fought an COVID-19 outbreak in July, it could not admit new patients for two months and occupancy dropped from 90% to 60%. 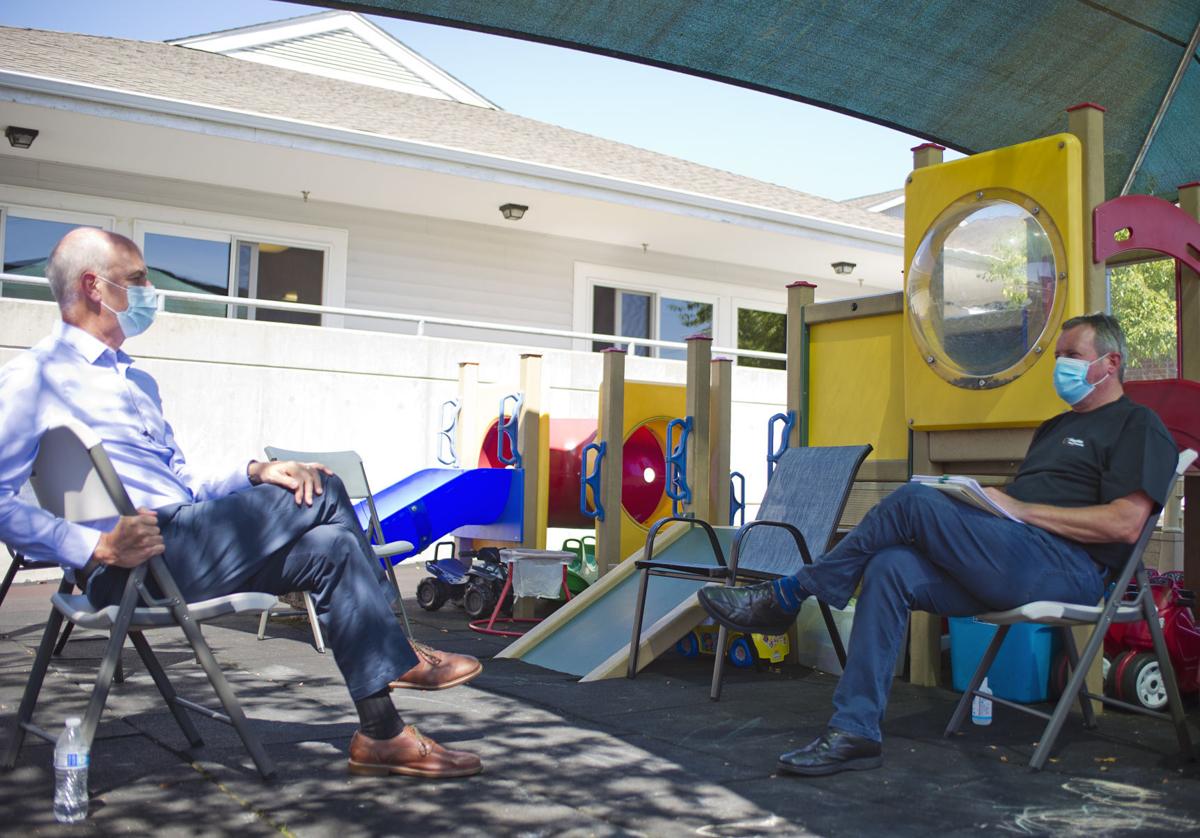 After Mira Vista Care Center in Mount Vernon fought an COVID-19 outbreak in July, it could not admit new patients for two months and occupancy dropped from 90% to 60%.

Nursing homes were hit earliest and hardest by COVID-19, as the coronavirus swept through facilities and killed many.

Locally, nursing homes were not immune.

Since March, nursing homes in Burlington, Mount Vernon and Stanwood have experienced outbreaks.

There have been 116 COVID-19 cases and 16 deaths associated with long-term care facilities in Skagit County as of Aug. 11, according to data from the state Department of Health.

For the state's nursing homes, that meant an extra $29 per day for each Medicaid resident, money that those in the industry say was a lifeline.

Then in July, some in the industry were shocked to learn the state began diverting the emergency federal funds meant to help nursing homes fight COVID-19.

Robertson said he learned of that change in a simple notice from the state that included little explanation.

“It’s just really frustrating," he said. "We’re on the front lines of this pandemic.”

The state acknowledges it still receives the federal money but has reduced the amount it forwards to nursing homes as part of a "tightening across the state budget," said Hayden Mackley, spokesperson for the Office of Financial Management (OFM), the state's budget office.

Nationally, the state has the lowest operating margin for skilled nursing homes, and the highest disparity between Medicaid reimbursement and cost of care, according to an industry analysis.

Twenty skilled nursing facilities in the state closed their doors from 2017 to 2020, and low Medicaid rates played a key role in all the closures, according to data from the Washington Health Care Association.

Four more had announced closures this year even before the pandemic began, according to the association.

He said the additional funds included about $42 million for nursing facilities, which amounted to the extra $29 per Medicaid patient per day for six months, retroactive to January.

“That $29 was sorely needed to cover the costs of COVID-19, with providers still taking a loss on Medicaid residents,” he said.

According to data included in the industry's Aug. 14 letter, the extra $29 a day covered about half the cost needed to fight the virus in nursing homes. The letter said facilities are spending about $50 more per patient per day on COVID-19 specific costs including PPE and staffing.

Though the original federal funding to help with COVID-19 costs ended in June, Wright said the state was expected to receive an additional $23 million for nursing homes for July through September.

"It should be noted that the FMAP funding still continues to flow from the federal government into the state's general fund," the Aug. 14 letter states.

The state has redirected the additional FMAP funding to help pay for a long-planned increase in the base daily rate the state reimburses nursing homes for Medicaid residents, said Mackley, the spokesperson at OFM.

"Because of this base daily rate increase, the dollar amount spent on COVID was reduced in an attempt to be fiscally responsible, as well as maintain approximately the same level of funding as was provided in the first half of 2020," Mackley wrote in an emailed statement. "While the federal funds are still going to nursing homes, and coronavirus relief funds are being used for that, there’s belt tightening across the state budget, and any money saved helps prevent future cuts in funding."

Dale said the bottom line is that at least three-quarters of nursing homes in the state are now getting less Medicaid money than in June.

"That makes no sense," he said.

Dale said nursing homes were counting on receiving the increased base daily rate — called a rebase — in addition to all the extra federal money.

"The rebase was only to try to help catch up with the cost of care, and that was all decided pre-COVID," he said. "COVID comes along, and obviously and clearly we need additional funding to combat COVID, and they gave it to us for a while and then they took it away. What was $29 is now $5. It's very clear that if they wanted to provide relief for COVID, they would."

Dale said he is in the dark as to why the state made this decision.

Officials with DSHS, OFM and the Governor's Office did not explain to the Skagit Valley Herald the reasons behind the change other than to prepare for budget tightening. Wright, with DSHS, only said that the change was authorized by the Legislature and OFM.

"The frustrating thing to me is I've never gotten an explanation from anyone about why they're doing this, why they reached this decision, did they take account the impact on nursing home residents,” Dale said. “That's the thing that drives me the most crazy."

Robertson, CEO of Josephine Caring Community, said the struggle to get state leadership to support more Medicaid funds for nursing homes started long before the pandemic. Medicaid clients make up 70% of the nursing home.

“And then to have our leadership take this federal money meant for us, it’s really disheartening,” he said. “I hope someone in leadership appreciates the care and love that nursing home caregivers provide. I wish they could open up their hearts and see that. I understand nursing homes are expensive, but let's work together on the solution and not cutting off funding until everything closes.”

Larsen said Medicaid reimbursements “are an ongoing conversation in Olympia” and that he supported legislation to boost federal Medicaid funding to support nursing homes and care for seniors.

Robertson asked Larsen to ensure that the next federal stimulus package keeps states from redirecting money meant for nursing homes.

Robertson isn't the only area nursing home administrator who is frustrated.

The emergency COVID-19 funds should have gone to seniors and health care workers, not to fill a budget hole, said Serge Newberry, chief operations officer for Five Oaks Healthcare, which owns Mira Vista Care Center in Mount Vernon and three other care facilities in the state.

“This was money coming from the federal government to help us,” he said.

Because the Mount Vernon facility fought an COVID-19 outbreak in July, it could not admit new patients for two months and occupancy dropped from 90% to 60%, Newberry said. As revenues declined, expenses increased for wages, PPE and testing.

"The costs are astronomical," he said.

With its last positive case recorded Aug. 3, Mira Vista will be able to admit new patients starting Aug. 31, according to guidelines from Skagit County.

At Prestige Care & Rehabilitation in Burlington, administrator Suzanna Weiler said she didn't know nursing homes had received additional Medicaid funds earlier this year, but that funding for Medicaid residents in general is lacking.

“Staying afloat is a challenge whether we have COVID-19 or not,” she said.

Like all health care providers, Prestige Care & Rehabilitation is fighting for a limited supply of masks, gowns, gloves and other PPE that have surged in cost.

As communities reopen and visits resume between residents and their families, there is a greater need for money to “make necessary purchases of PPE, to conduct surveillance testing, and to ensure appropriate staffing when call outs occur due to exposure or illness,” the industry associations wrote in their Aug. 14 letter to Inslee.

At Soundview Rehabilitation, formerly Fidalgo Care Center, in Anacortes, administrator Dean Myers said the worry is that as nursing homes struggle to keep up, more will close their doors.

“The big concern for everyone is they want to protect staff and residents, but in order to do that our costs have exponentially increased, between testing, PPE, and doing all that with less patients to take care of,” he said. “With cuts in funding, it becomes an untenable situation.”

“I anticipate that we will lose another 500 beds this year minimum,” he said.

With a rapidly aging population, more capacity will be needed, not less, he said.

DSHS estimates that by 2040, the number of those over the age of 65 will reach 1.8 million and represent one-fifth of the population.

As of Saturday, Skagit County had 981 cases of COVID-19, an increase of 17 from the previous day, including 88 who are hospitalized or have been hospitalized and 22 who have died. A total of 629 people have recovered from the disease.