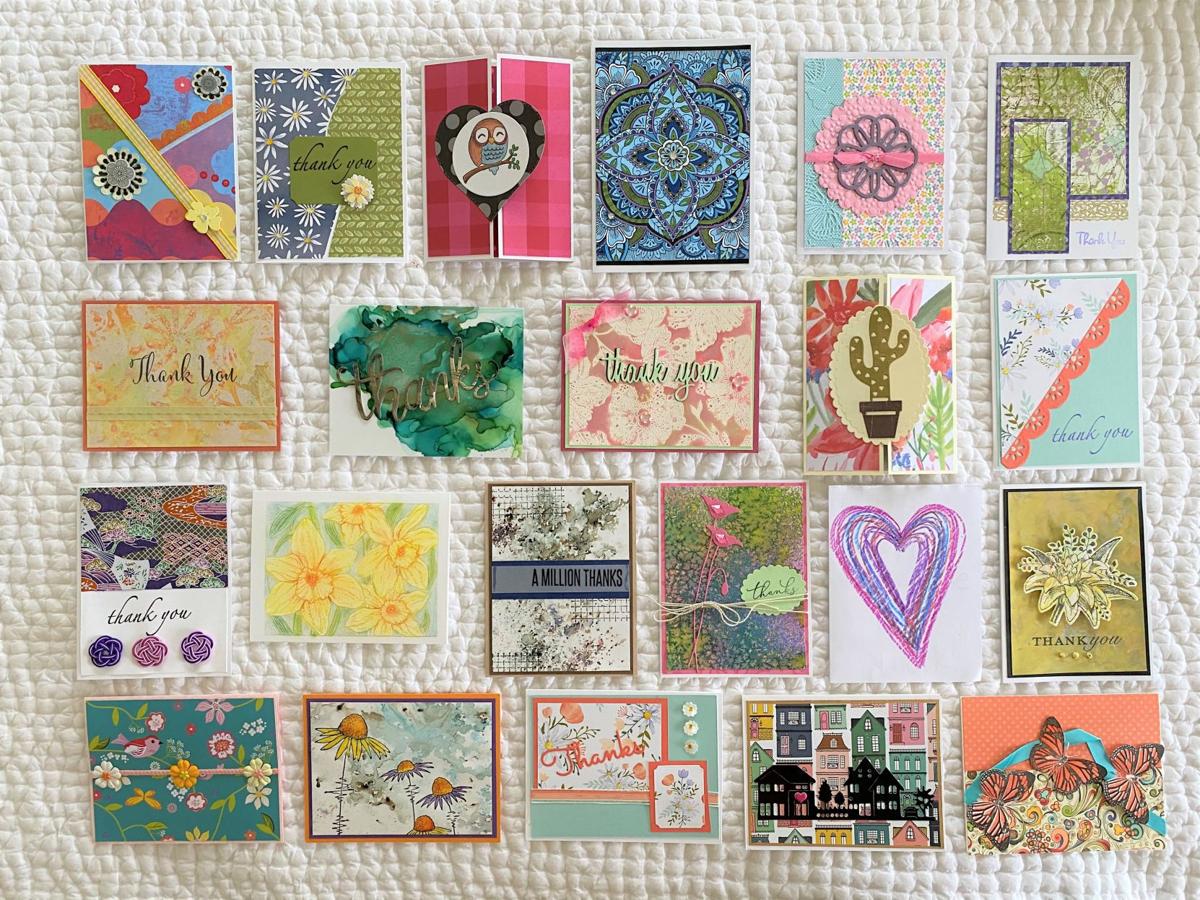 A group of Skagit County residents is making cards for those such as health care workers, police officers and fire fighters. 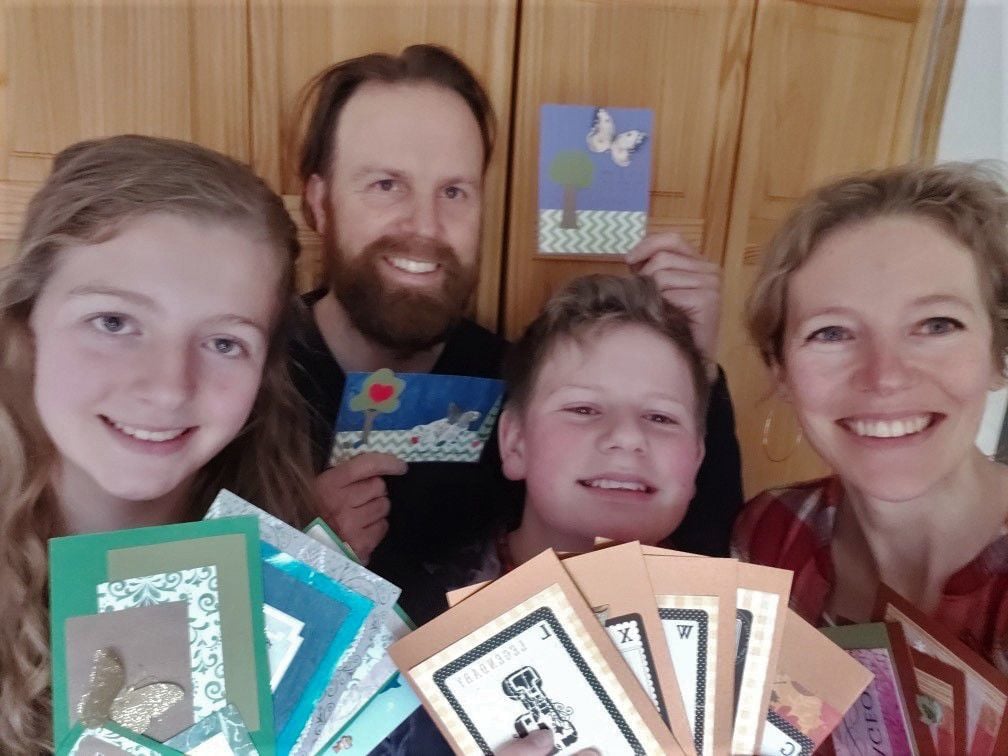 The Clement family (from left): Isabella, Curtis, Isaac and Vida.

A group of Skagit County residents is making cards for those such as health care workers, police officers and fire fighters.

The Clement family (from left): Isabella, Curtis, Isaac and Vida.

MOUNT VERNON — Every card is unique, from a prim-looking cactus to an owl wearing a face mask.

And the Skagit County residents who carefully crafted the handmade cards hope they are a fitting thank-you gesture for those working in jobs to hold off the worst of the COVID-19 pandemic.

More than 300 cards have been made, with more on the way. Many have already been delivered to Skagit Valley Hospital in Mount Vernon, and others are destined for police and fire departments.

“I want to give thanks to all the people on the front lines that are caught up in the difficulties. They see it all. So we give them some extra hope and gratitude and love,” said Mount Vernon’s Vida Clement, who helped start the effort. “There are so many of us that can’t serve in the same capacity, but it’s a great way to do our part so they know we care.”

Clement said she raised the idea with a few friends, and it grew from there.

Clement said about a dozen friends are involved, although more seem to join the effort every day. Those who make cards leave them on their own doorsteps and Clement picks them up. A friend who works at Skagit Valley Hospital, Erin Charles, has delivered some there.

“They’re just beautiful. People put a lot of love and care into these cards,” Clement said.

Nine-year-old Sarabella Phillips of Mount Vernon, whose mother Tosha is one of Clement’s friends, made cards to contribute.

“I pulled out the markers they gave us at school,” Sarabella said. “I made them all different. I drew hearts and stuff.”

Barbara Yaun of Mount Vernon made about 35 cards.

“I just kind of do it as I go and get inspired by whatever pops into my head,” she said of the creative process. “It’s a great stress reliever, working on things like that. To use my talent to give things away is what I love to do. It’s a way to give back. I don’t want credit, I just want to help other people.”

Clement said the cards were originally intended only for the hospital because she had a friend able to deliver them. But the effort has grown to include fire and police departments.

She said, “The momentum is building, and that’s the way it should be.”

Clement said everyone can find their own way to contribute.

“Everyone knows someone ... health worker, grocery clerk, garbage person or even a neighbor that could use a thanks or even just a hello. Wouldn’t it be wonderful if we all shared in whatever way we could?”