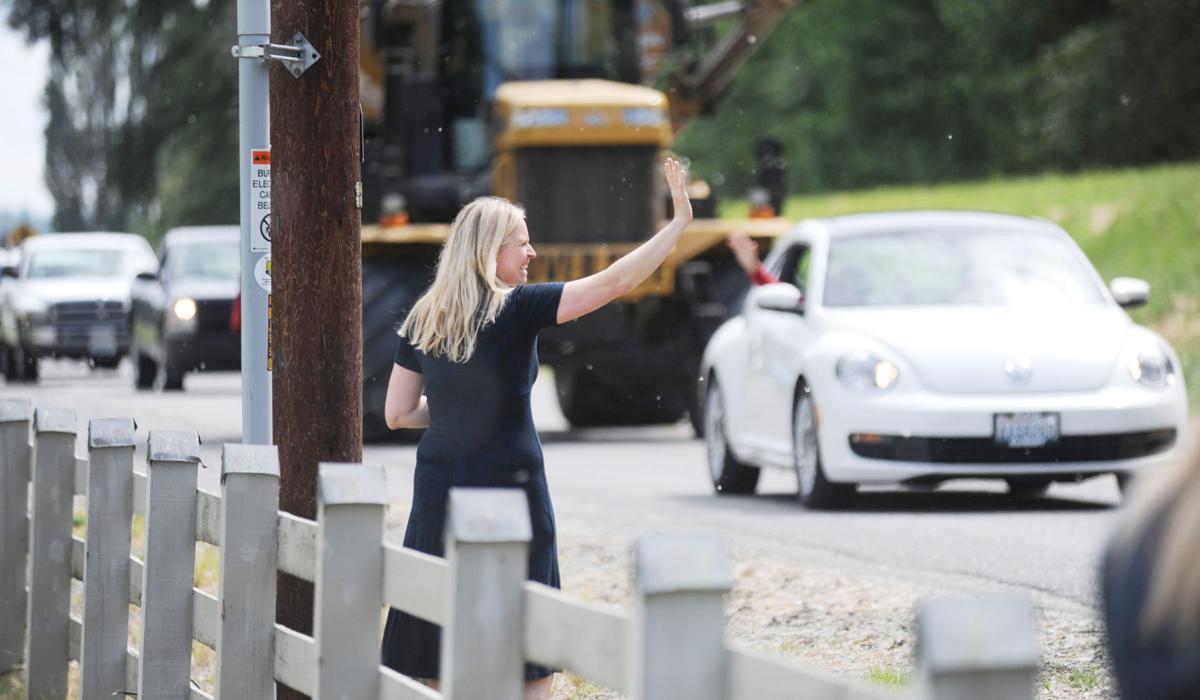 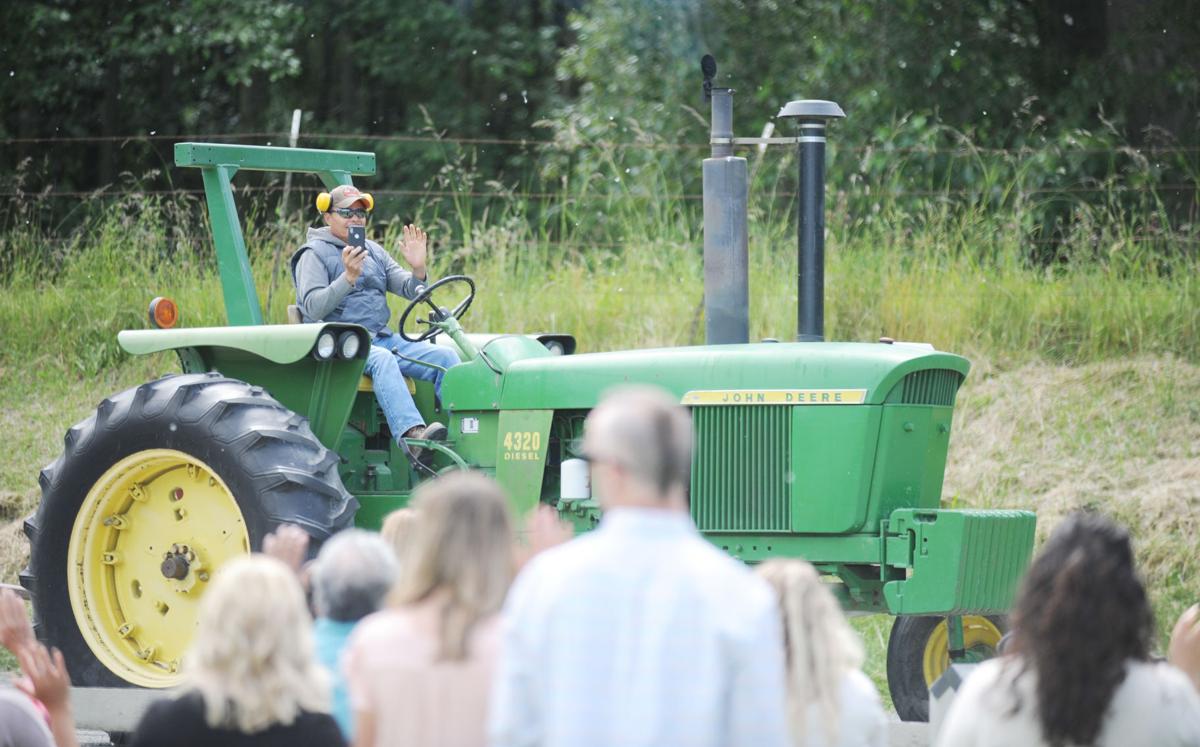 A driver taking part in a tribute to farmer Richard Smith waves Thursday to family and friends of Smith along Dike Road south of Mount Vernon. 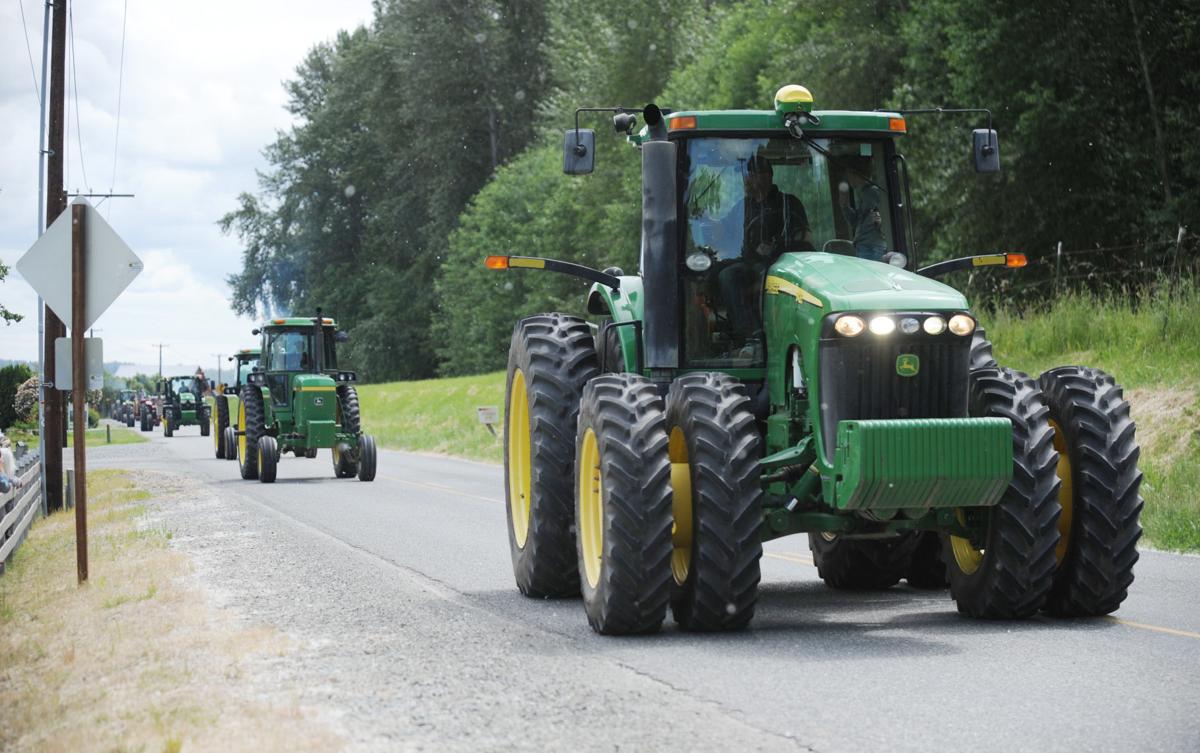 Tractors make their way Thursday north on Dike Road in a tribute to Richard Smith. 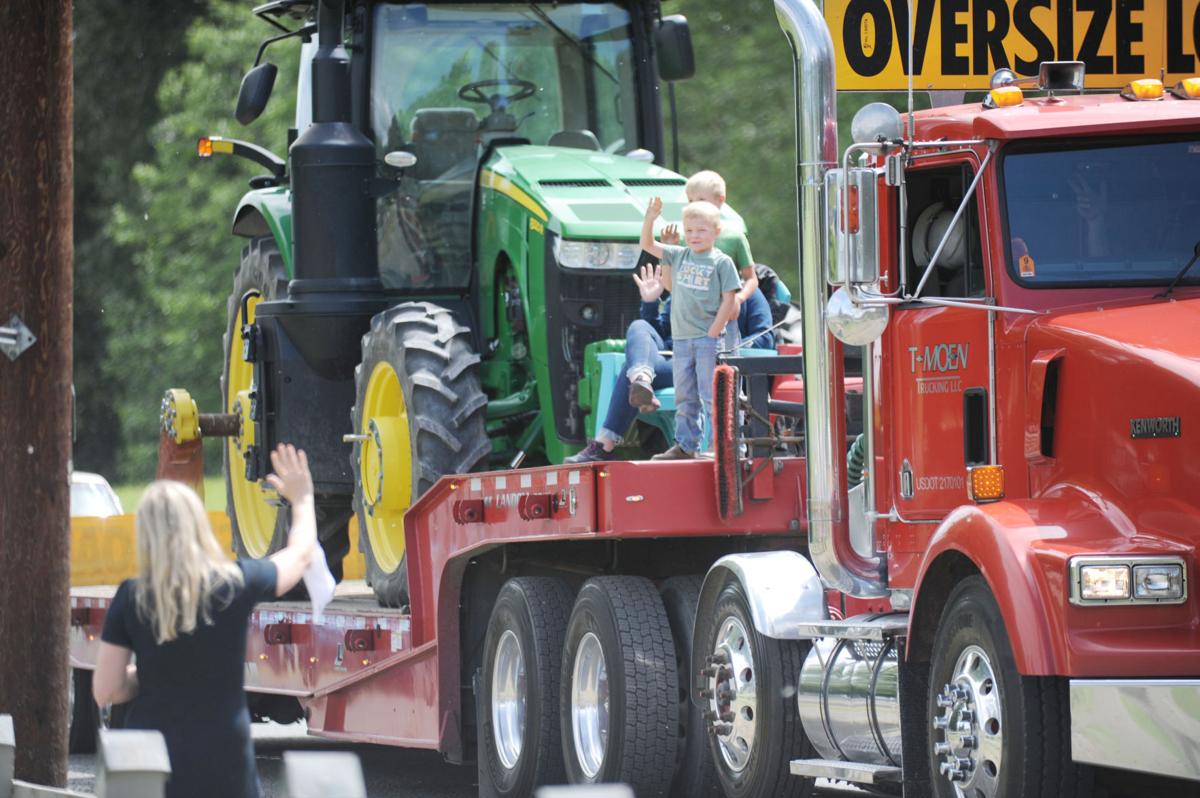 Jessie Anderson (left), the wife of Richard Smith’s grandson Jeff Anderson, waves Thursday to those taking part in a tribute to Smith. 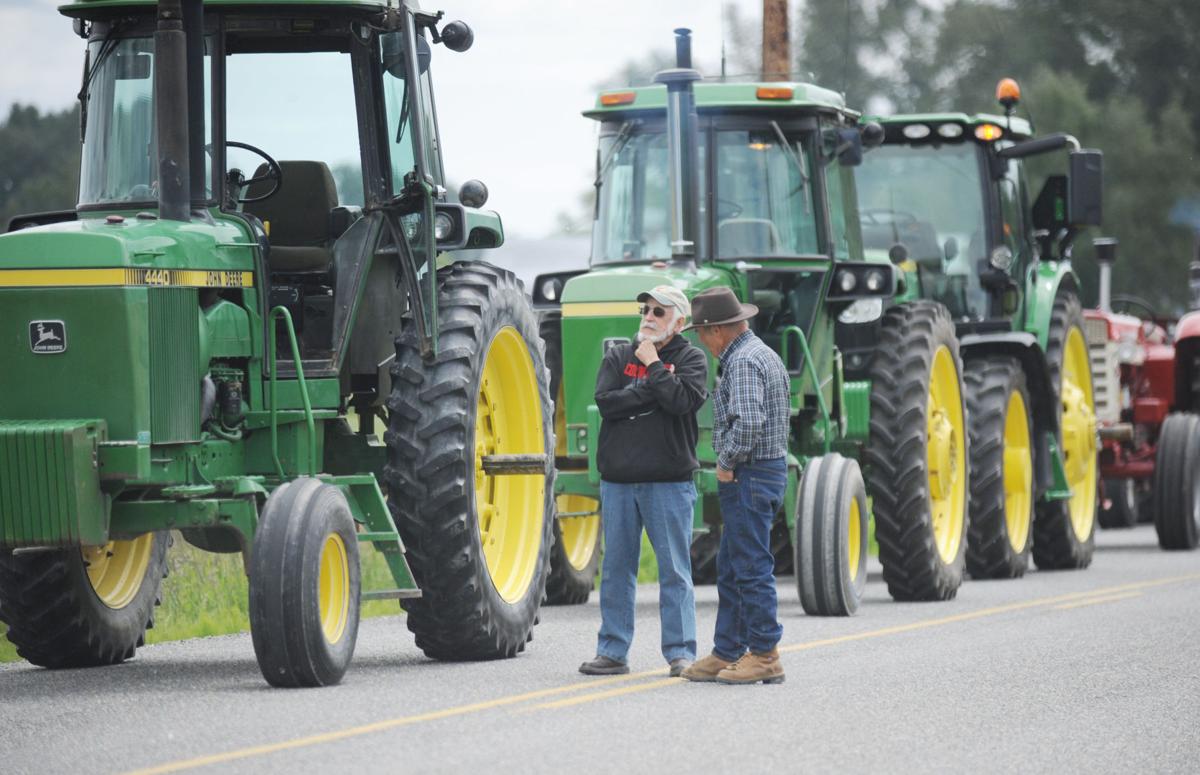 A driver taking part in a tribute to farmer Richard Smith waves Thursday to family and friends of Smith along Dike Road south of Mount Vernon.

Tractors make their way Thursday north on Dike Road in a tribute to Richard Smith.

Jessie Anderson (left), the wife of Richard Smith’s grandson Jeff Anderson, waves Thursday to those taking part in a tribute to Smith.

CONWAY — One after another they came down Dike Road on Thursday afternoon: fire engines with their horns whooping, tractors with green bodies and bright yellow wheels, trucks of nearly every size imaginable.

Behind every steering wheel was a driver intent on giving Richard Smith an honor as unique as his life.

With Smith’s memorial service itself limited in size by restrictions put in place during the COVID-19 pandemic, friends of the longtime Skagit County farmer and businessman took part in the procession to honor him ... an effort that turned into a mile-long tribute.

After a college education at Washington State University and an Army stint in Korea, Smith worked his way up from a job at a food processing company to a lengthy farming career that included everything from peas to wheat, from broccoli to potatoes.

The farm is still in the family, and in 2009 Smith sold 264 of his acres in a way that guaranteed it remained farmland. He died late last month at 88.

“Everyone would like to pay respects to him but aren’t able to,” he said.

Desmarais said he grew up next door to Smith.

“My family didn’t have a lot of money and he was always helping my dad. I’d swim in their swimming pool with his sons and daughters. I worked on my cars in his shop,” he said.

“People don’t believe how good he was in person, unless they knew him,” he said.

Darrin Morrison, who partnered with Smith in a potato farming business, said, “He’d always have time to give advice or to help you out. If you had a breakdown at your farm, if there was something going on in the community, he’d take folks away from his businesses to help out, especially during flood or crisis of some kind.”

Smith’s daughter Mikki Anderson said before the procession began, “We’ve been feeling sad so few could be with us (at the memorial) because he was so loved and everyone thought so highly of him. I’m glad to know that people who were dear to dad will be able to remember, salute and pay honor to his life and his friendship.”