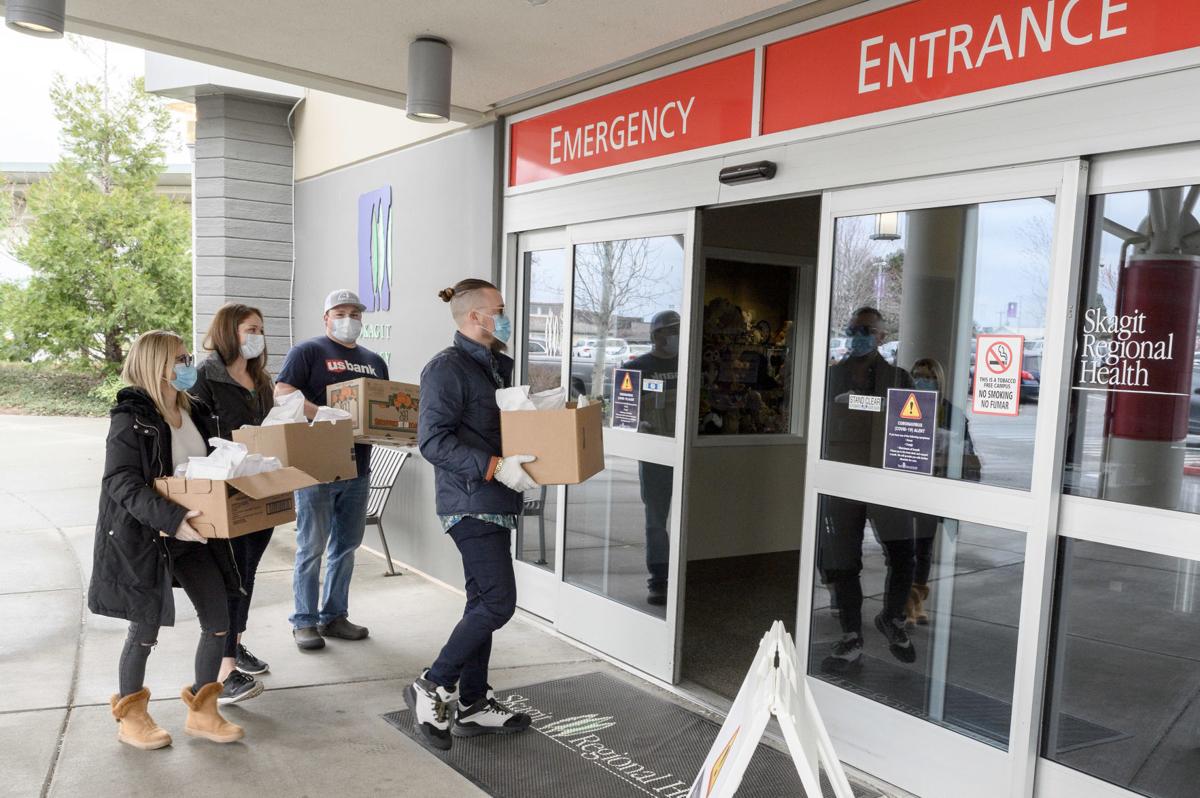 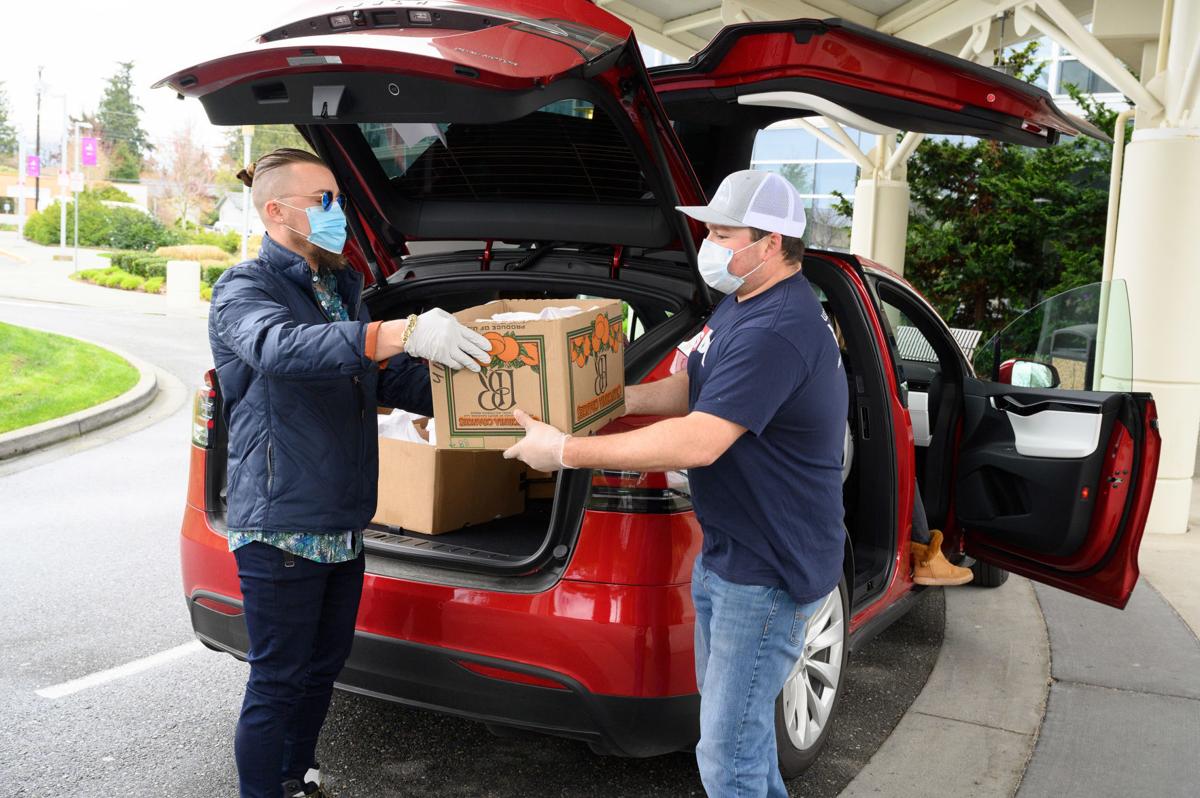 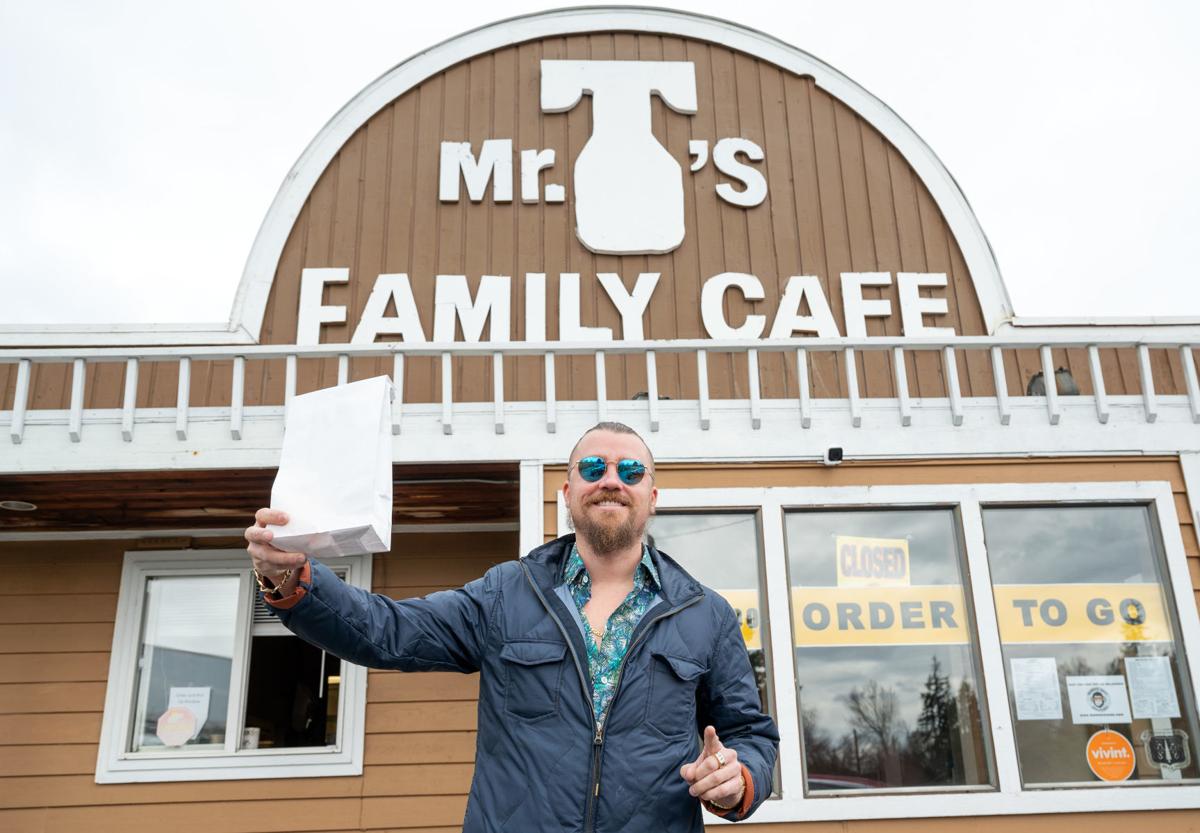 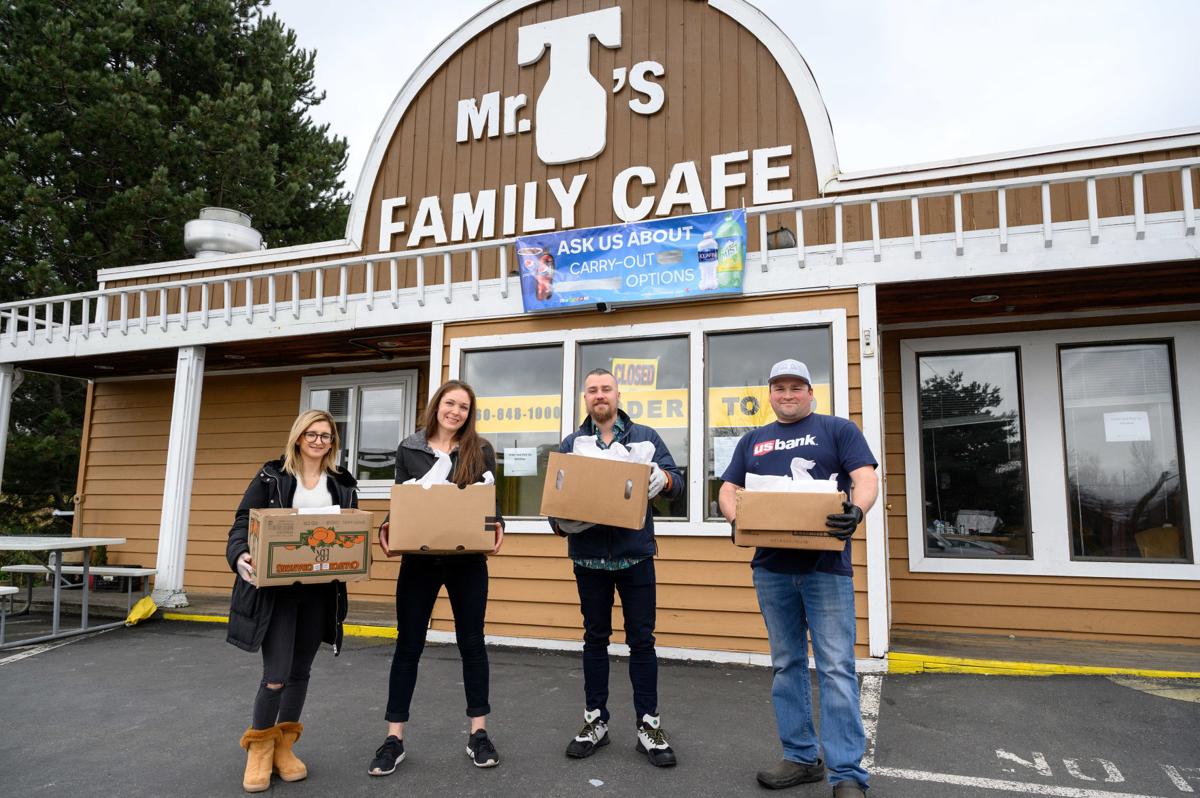 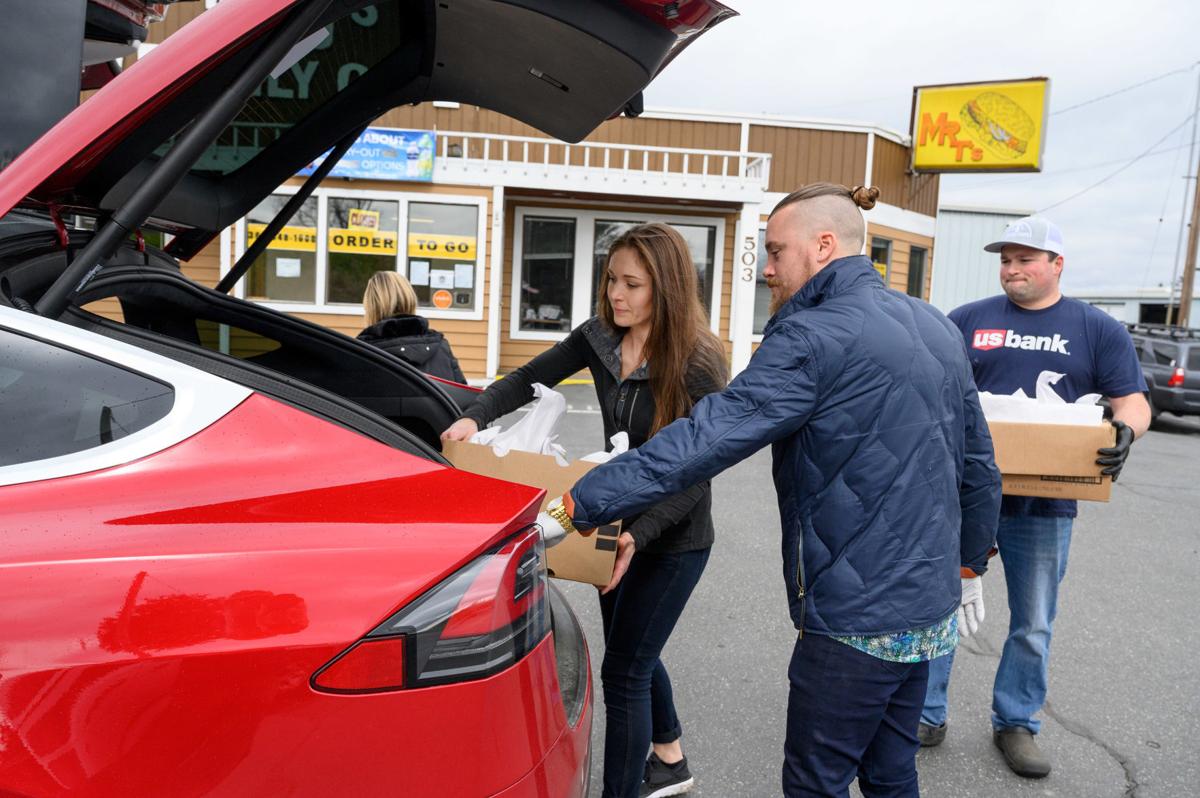 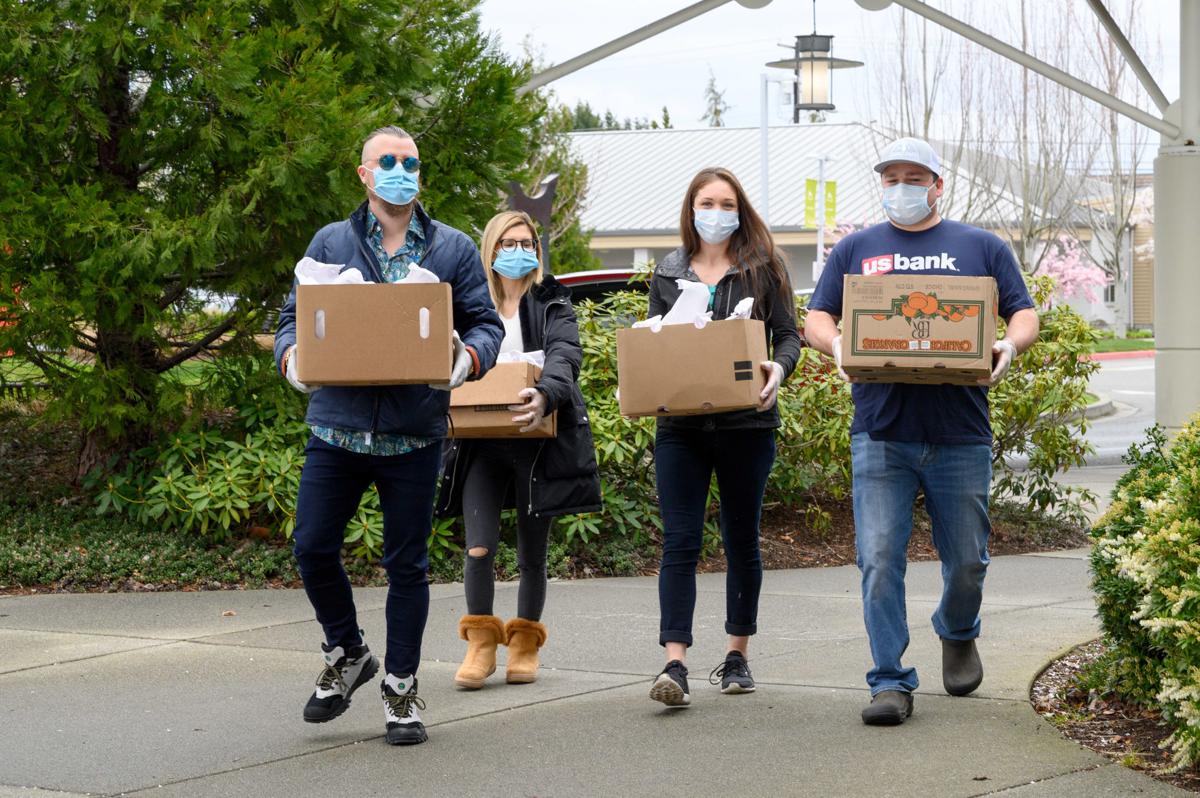 MOUNT VERNON — Like many restaurants, Mr. T’s Family Café in Mount Vernon has seen less business because of the COVID-19 pandemic.

As that outbreak unfolds, several people have come together to help the restaurant with a new mission: providing meals for medical professionals, first responders and those in need.

Jason Goold, a friend of the restaurant’s co-owner, came up with the idea and donated the initial funds. Since then, the effort has attracted donations and financial support from others, as well as work put in by the café’s employees and co-owners Dane and Brandie Mergens.

Goold and Dane Mergens say that over the past week they’ve donated about 100 meals, with each including a sandwich made in the café, a bag of chips and piece of fruit.

The meals are available for pickup if the customer calls in first, but they have also been delivered to local medical facilities, in particular nearby Skagit Valley Hospital.

“Eighty percent has been hospital workers. That’s why we picked sandwiches ... some of these people are telling us they’re working 80 hours a week. They don’t have time to enjoy a regular meal,” Mergens said. “They get the sandwich down as fast as they can. Sandwiches are fast, they’re easy to make.”

Mergens said he hopes the café can also assist local seniors, but emphasizes he doesn’t want them attempting to come to the café, which cannot allow customers inside.

He hopes friends, neighbors or relatives will consider picking up meals for seniors.

Mergens said he’s impressed with how several others jumped in to help after Goold’s initial boost, with Don and Celeste Mergens and Devline Rail contributing. Offers to help are still coming in.

“We get calls every day. That’s been the most awesome part of it, just to see community come together,” he said.

Mergens said he hopes to continue with the meals as long as possible. The café also remains open six days a week for paid takeout orders.

Goold said he was hoping to give a boost to those in the community who may need it.

Goold said he’s launched a similar effort with La Catrina restaurant in Mount Vernon. Those interested in supporting the efforts can call Goold at 208-703-5978.