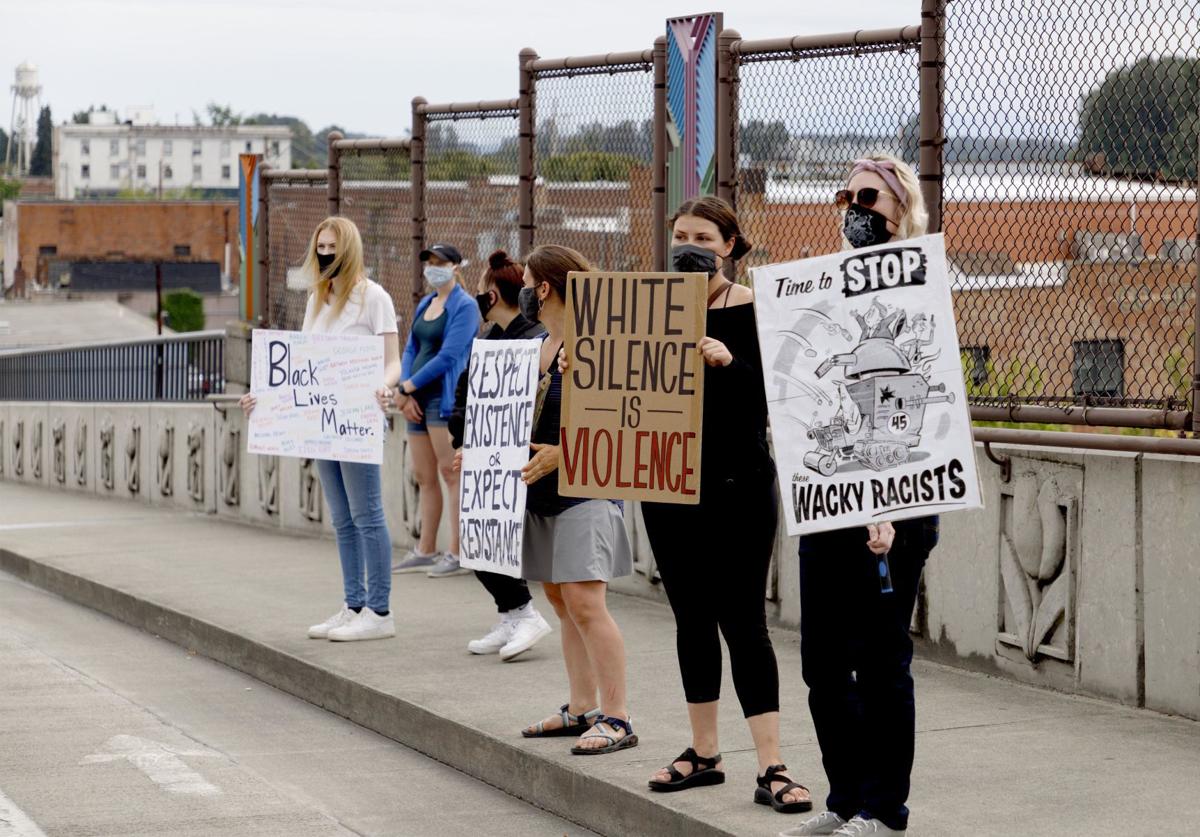 About 30 people gathered late Friday afternoon in Mount Vernon for a demonstration in solidarity for the Black Lives Matter movement. 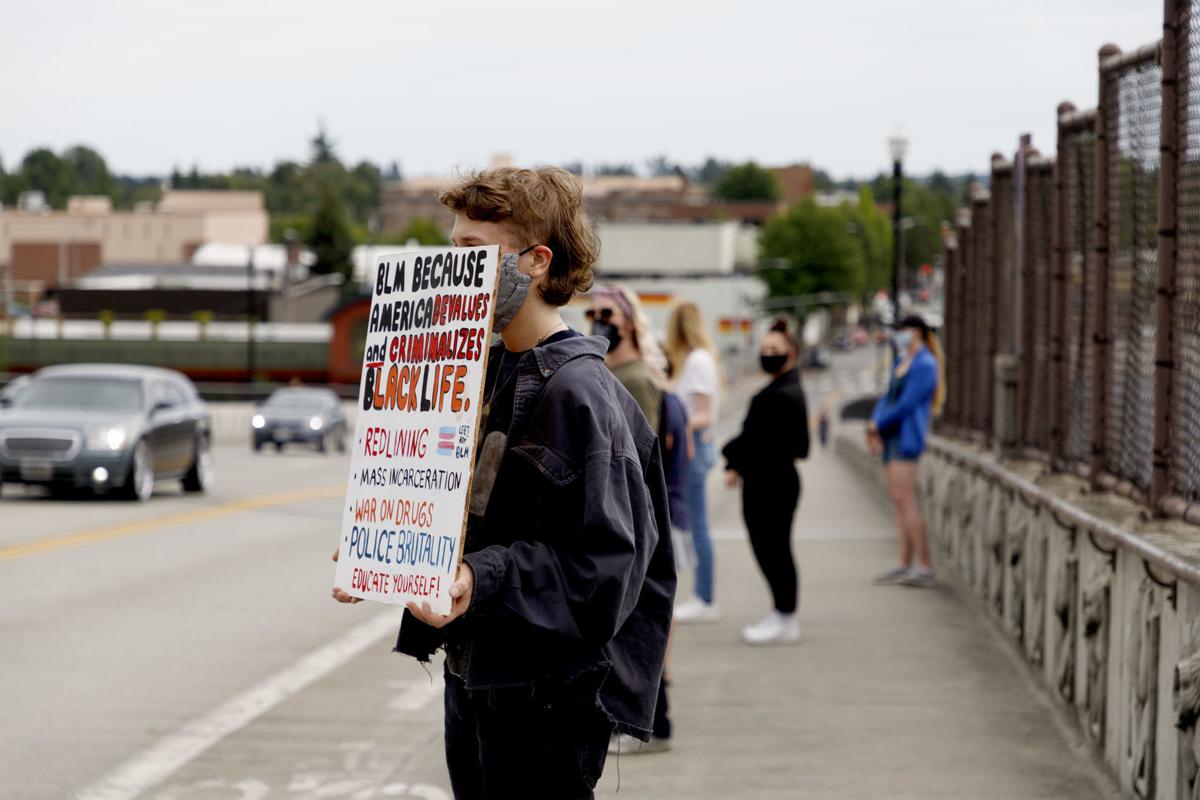 A person holds a sign at a Friday afternoon demonstration in Mount Vernon.

About 30 people gathered late Friday afternoon in Mount Vernon for a demonstration in solidarity for the Black Lives Matter movement.

A person holds a sign at a Friday afternoon demonstration in Mount Vernon.

About 30 people gathered on the Fourth Street bridge as the rally got underway.

Friday was Juneteenth, the oldest celebrated holiday marking the end of slavery in the United States, according to Juneteenth.com.

On June 19, 1865, enslaved African Americans in Texas were told they were free, two-and-half years after President Abraham Lincoln’s Emancipation Proclamation.

The Juneteenth holiday has gained wider recognition this year in the wake of global demonstrations over black Americans killed at the hands of police.

A Juneteenth rally was scheduled to take place on Friday evening in Anacortes and invited participants to read several minutes of text about freedom by black authors, according to an event announcement.