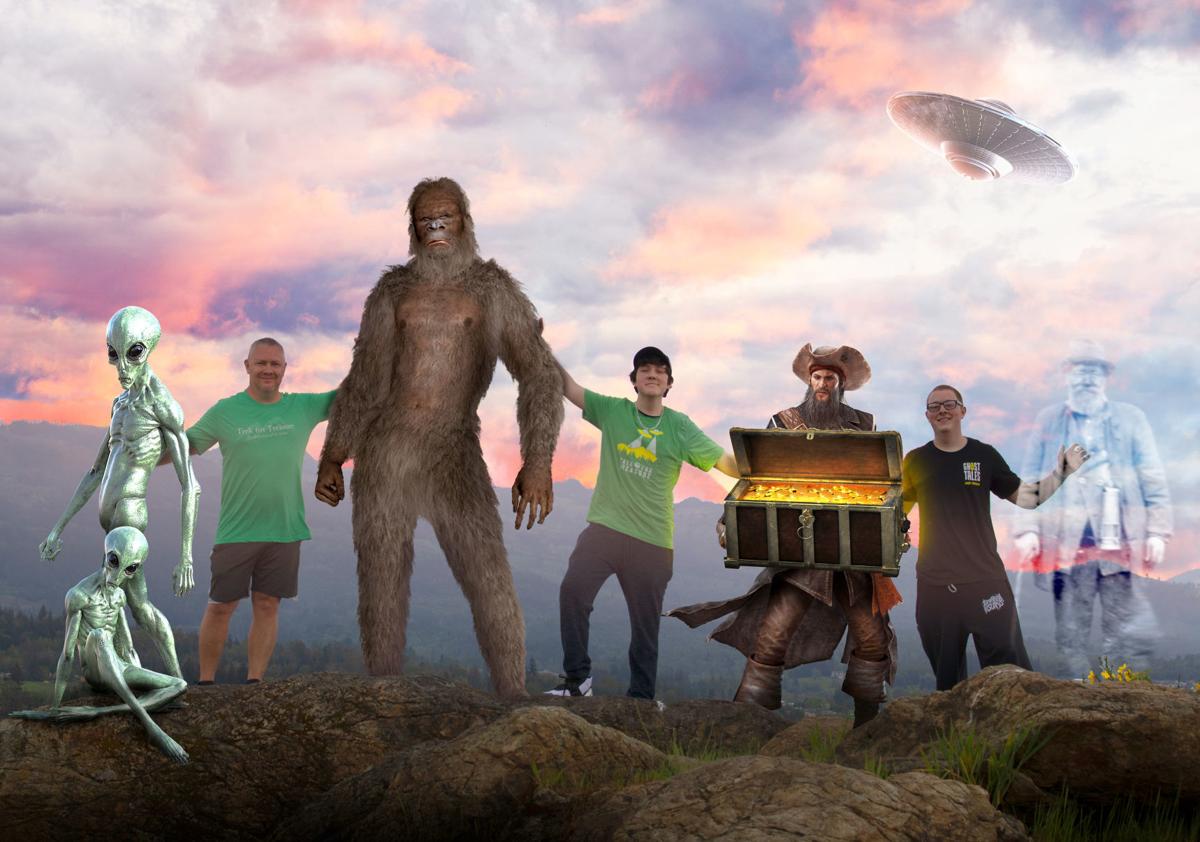 Trek for Treasure participants, including Mark Pearson (second from left) and sons Jax (center) and Riley (second from right( will renew acquaintances this year with past themes and characters. 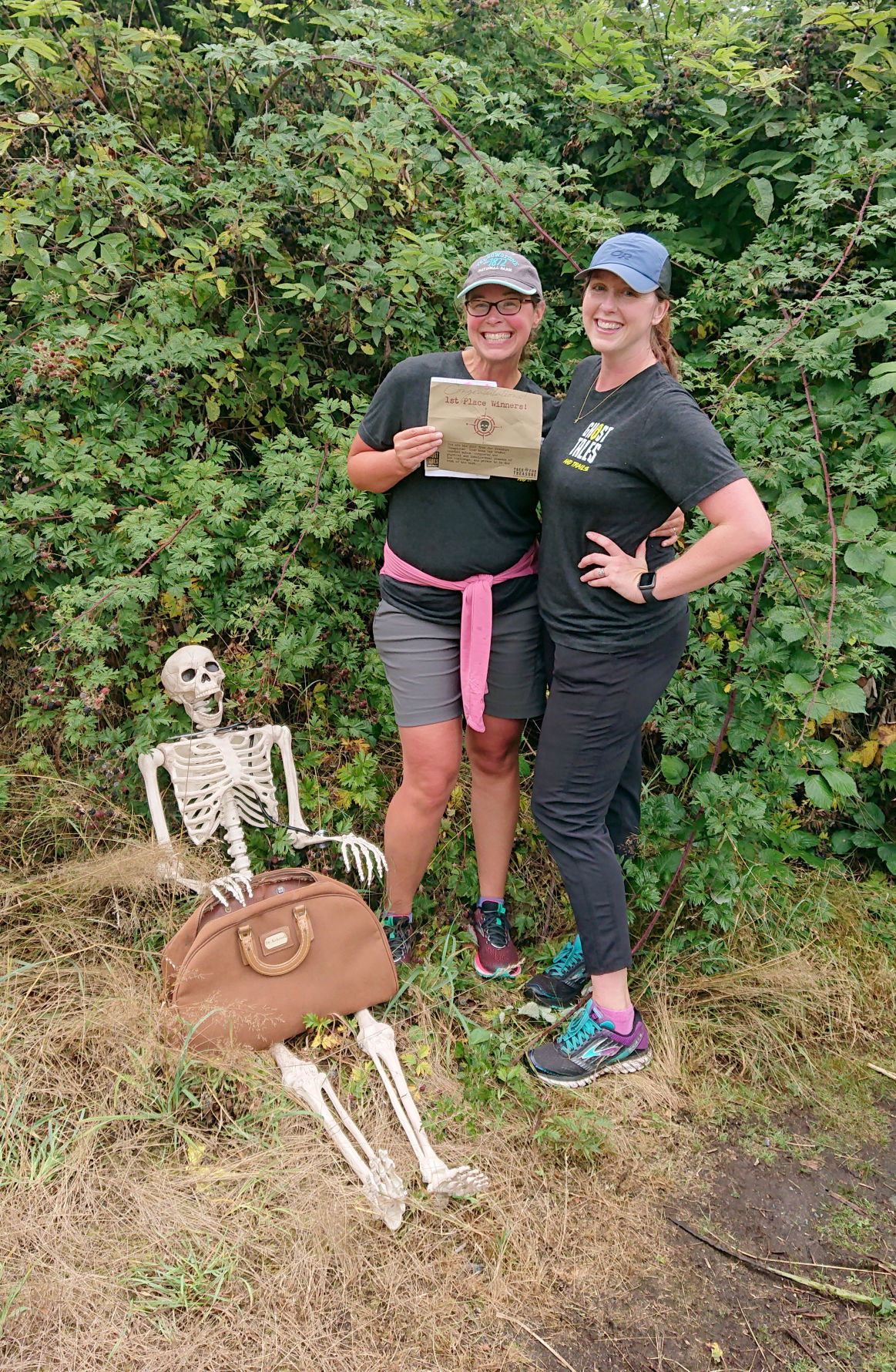 The 2019 Trek for Treasure winners, The Mothers, was the team of Bonney Howe (left) and Jessica Bishop.

Trek for Treasure participants, including Mark Pearson (second from left) and sons Jax (center) and Riley (second from right( will renew acquaintances this year with past themes and characters.

The 2019 Trek for Treasure winners, The Mothers, was the team of Bonney Howe (left) and Jessica Bishop.

SEDRO-WOOLLEY — For a decade, Trek for Treasure participants have overcome plenty of obstacles in their quest to win the competition.

Due to the COVID-19 pandemic, the 2020 Trek for Treasure, “The Quest … A Treasure Hunt,” has been postponed until next year.

But fear not, for Pearson will once again challenge trekkers to hike local trails and solve intricate riddles, just in a scaled-down format.

“This year was going to be our big 10-year anniversary and we’ve been working on it for the last six months,” Pearson said.

“So all that work, I didn’t want to not implement it in its full entirety. We worked too hard on it to do that. It’s a real awesome theme.”

In its place, an abbreviated four-hike Trek for Treasure titled “Legends Never Die” will be offered with registration opening June 1 complete with a reduced participation fee. Go to trekfortreasure.org for more information and to register.

“Basically, we went to a Plan B where we are going to start at a later date,” Pearson said.

The event will start July 4 and run eight weeks instead of 12.

This year’s trek will be a smorgasbord of the top adventures from previous years.

“We’ll have a new story line, riddles and clues,” Pearson said. “Whether someone has been doing Trek for Treasure for the last 10 years, they are going to love revisiting some of these fun themes and hikes. Those who are new to it are going to love it as well, getting their first taste of what it is all about. It’s going to be a lot of fun.”

There will be precautions taken in order to keep everyone safe and healthy. Though the trek is known for its hidden caches, that aspect will not be in play this year.

Instead, participants will be asked to go to a designated area on a trail and take their photo. Teams then email the photo to Pearson and in return will receive a password in order to access their next clue online.

“So you don’t have to touch a box, or a clue or anything,” Pearson said. “They aren’t touching anything except what they bring with them.

“We are going to encourage social distancing and so this is all about maintaining that and still allowing people to get out and be active.”

Other changes include staggered hikes, with teams divided into Group A and Group B. Pearson said the strategy will help reduce the amount of people on the trail.

“Safety is the most important thing, along with getting outdoors with family and being active,” Pearson said. “That is what this is all about.”