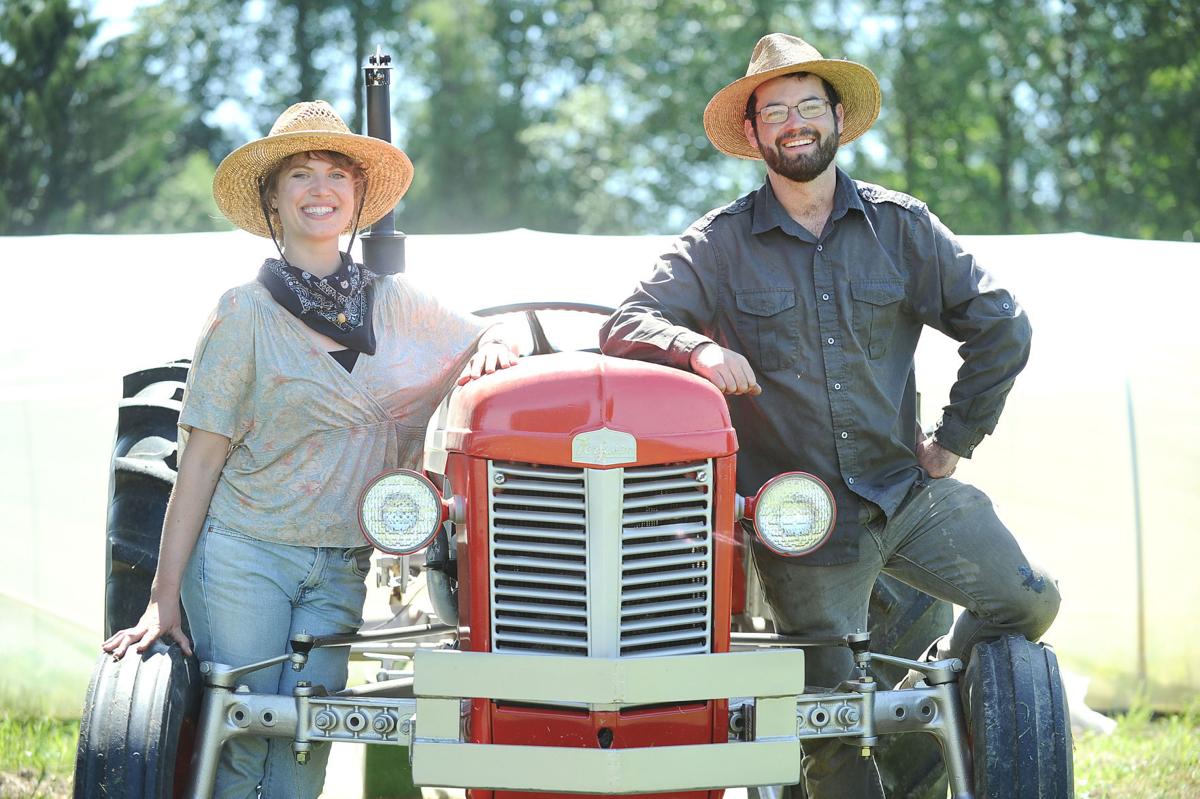 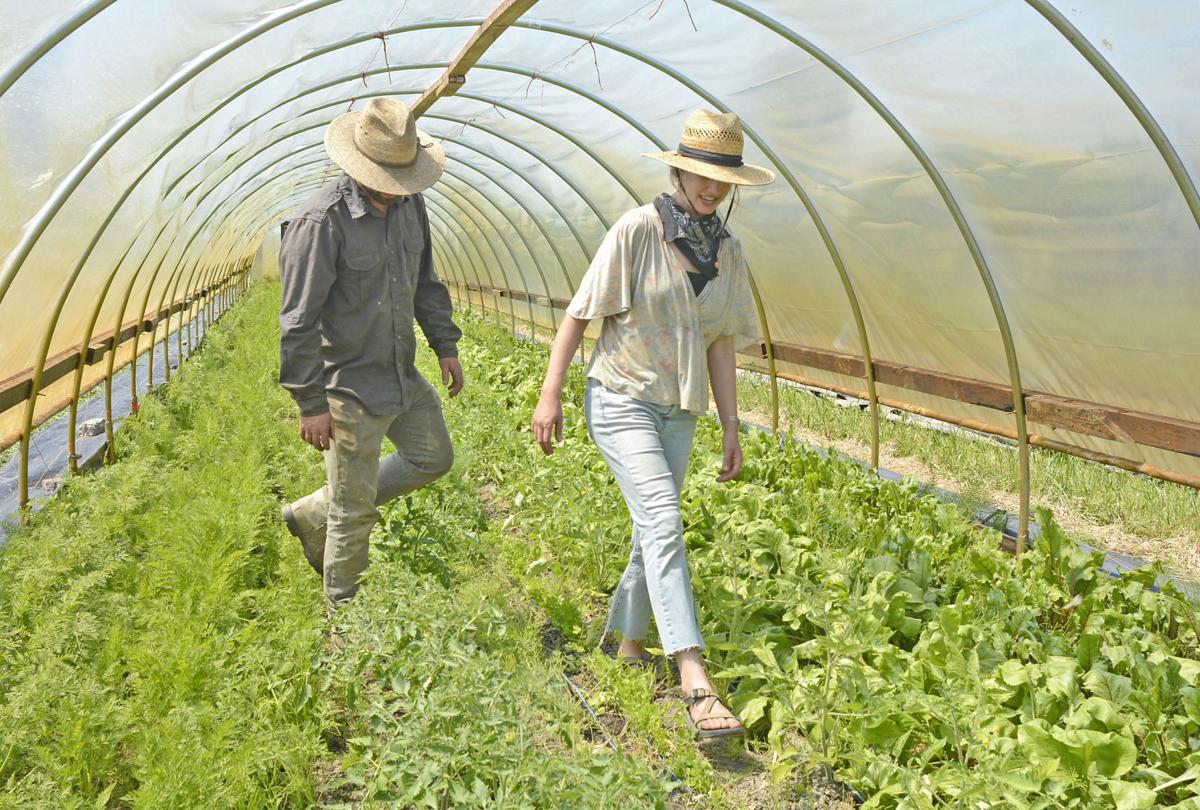 Waxwing Farm owners Taylor Barker and Arielle Luckmann step among the produce they are growing. 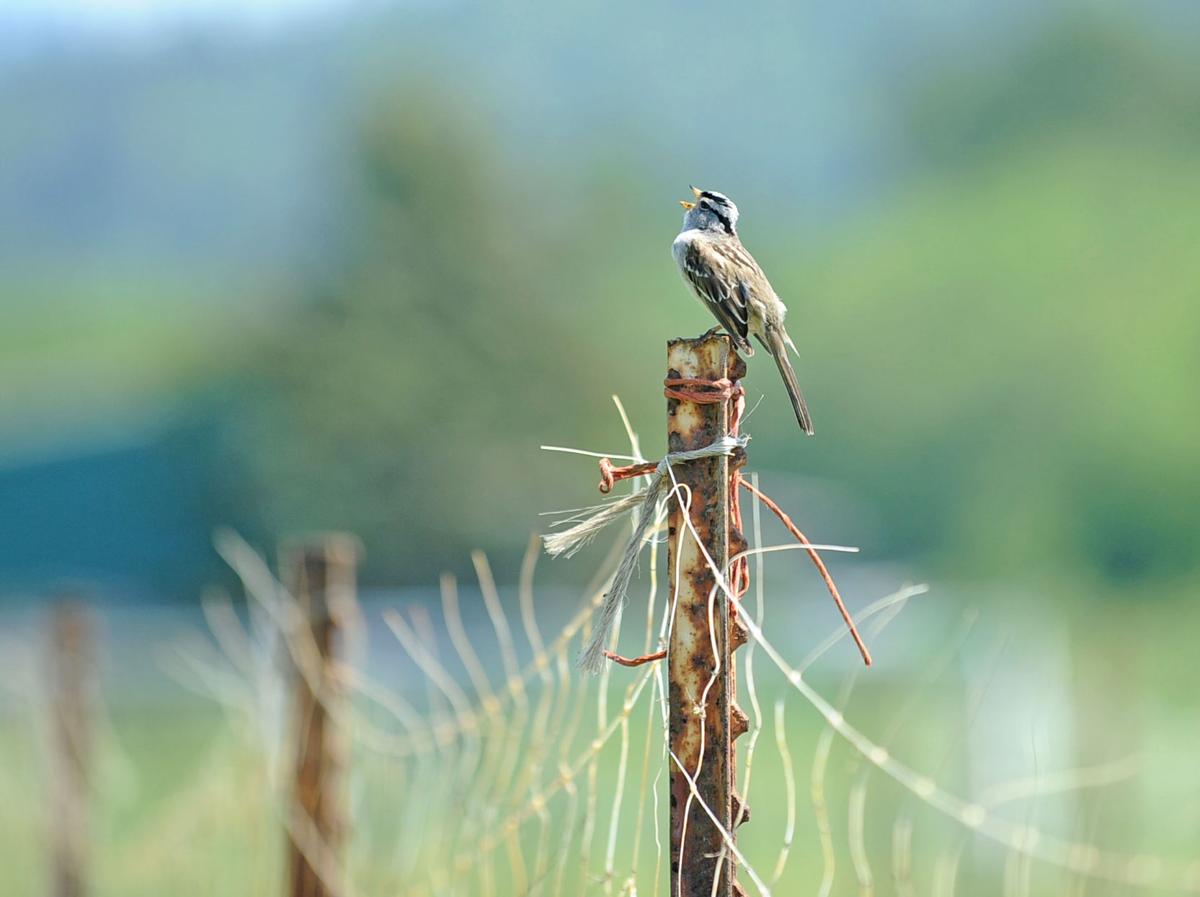 A white-crowned sparrow sings while perched in a pea patch at Waxwing Farm. 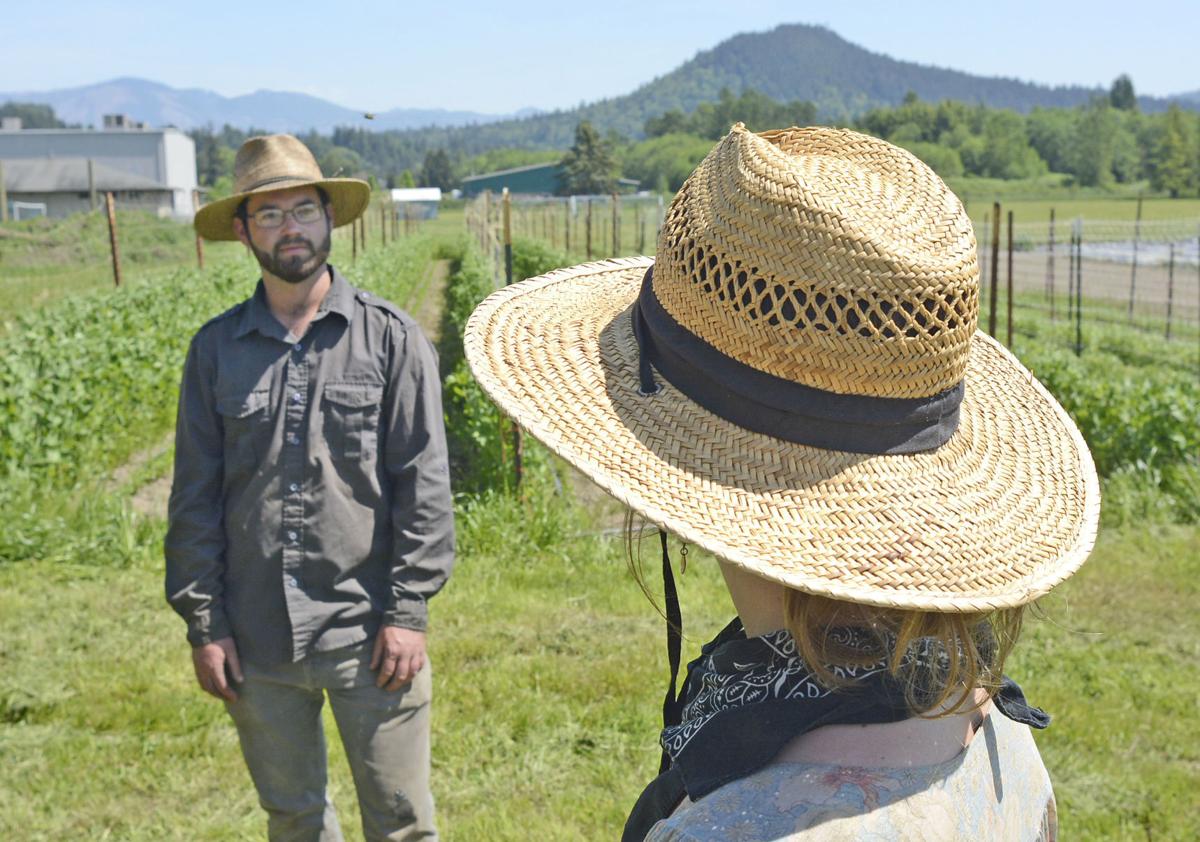 Waxwing Farm owners Taylor Barker and Arielle Luckmann step among the produce they are growing.

A white-crowned sparrow sings while perched in a pea patch at Waxwing Farm.

Arielle Luckmann and Taylor Barker lease the plot of land from the school for their business, Waxwing Farm. Luckmann said the farm’s central location has allowed it to fill a niche in Skagit County farming.

“One of our goals was to be a retail-based farm,” she said. “This property allows us to do that.”

Waxwing, which is in its second season, utilizes a market-style community-supported agriculture (CSA) model where customers come straight to the farm to choose the produce that goes into their CSA boxes.

“It allows them to experience diversified agriculture,” Luckmann said, adding that the urban location makes it easy for people to swing by.

While choosing their produce, customers can pick complimentary flowers at the farm’s U-pick flower patch and chat with Luckmann about recipes.

“We want to empower people to cook with a diverse vegetable selection,” she said.

Mount Vernon Christian School Superintendent Jeff Droog said the farm makes a great neighbor, and many of the school’s families use its CSA program.

The school started a horticulture program this school year, Droog said, and is looking forward to possible opportunities to partner with the farm.

Neither Luckmann nor Barker grew up in farming family, but they have immersed themselves in agriculture.

After five years of performing and teaching music in Chicago, Luckmann returned to her hometown of Bellingham in 2013. Wanting to try her hand at farming, she took a job as a farmworker.

“The skills I learned in the field spoke to what I wanted to pursue,” she said.

Barker said his interest in agriculture was piqued by his time in the Washington Conservation Corps. He went on to work at Mount Vernon’s Snow Goose Produce and several regional farms, including Rabbit Field Farms where he met Luckmann.

When Luckmann and Barker, both in their early 30s, decided to begin their own business together, Barker said they brought skills from different sectors of agricultural work.

“Our areas of experience complement each other,” Luckmann said.

She manages most of the marketing and bookkeeping, while Barker heads up the field work.

Barker said the biggest barriers to getting started were land and equipment. Support from family and the local agricultural community helped Barker and Luckmann get past those hurdles.

Ray de Vries of Ralph’s Greenhouse facilitated their lease of land from the school — a plot he farmed and had certified as organic years ago.

“When Arielle and Taylor were looking for a piece of land I thought it could be a good place for the two of them to get their start,” de Vries said. “It’s got the things they need, and the students that go to school there can watch food being grown.”

De Vries said more young farmers will be needed to work in the agriculture industry as the average age of farmers increases.

“As farmers get older someone needs to step into those shoes and provide food for Americans,” de Vries said.

When he started farming, de Vries said his father had land and equipment for him to get started.

Now 65, de Vries said he’s hoping to help provide that for other young farmers by giving advice when it’s wanted or lending a tractor for a day.

“Established farmers need to help the next set get started farming,” de Vries said. “Because it takes numbers to farm.”

Barker said he and Luckmann also received support from their families. Barker’s father refurbished a 1959 tractor, which they’ve used during the farm’s second season.

“While we aren’t from a family of farmers, we’ve had the same things filled in — the tractor and the land,” Barker said.

With their central location, Luckmann said she hopes customers will incorporate the stand into their normal grocery shopping routine.

“We have the opportunity to make that as regular an errand as anything else,” she said.

With the addition of a farm stand, Luckmann said she hopes Waxwing Farm will enable the farm’s neighbors to eat a variety of produce based on what is in season.

“It’s so exciting to provide the opportunity for people to cook based on what they bring home from the farm,” she said. “That’s when it’s the best.”

“We all deserve to be able to eat really healthy veggies,” she said