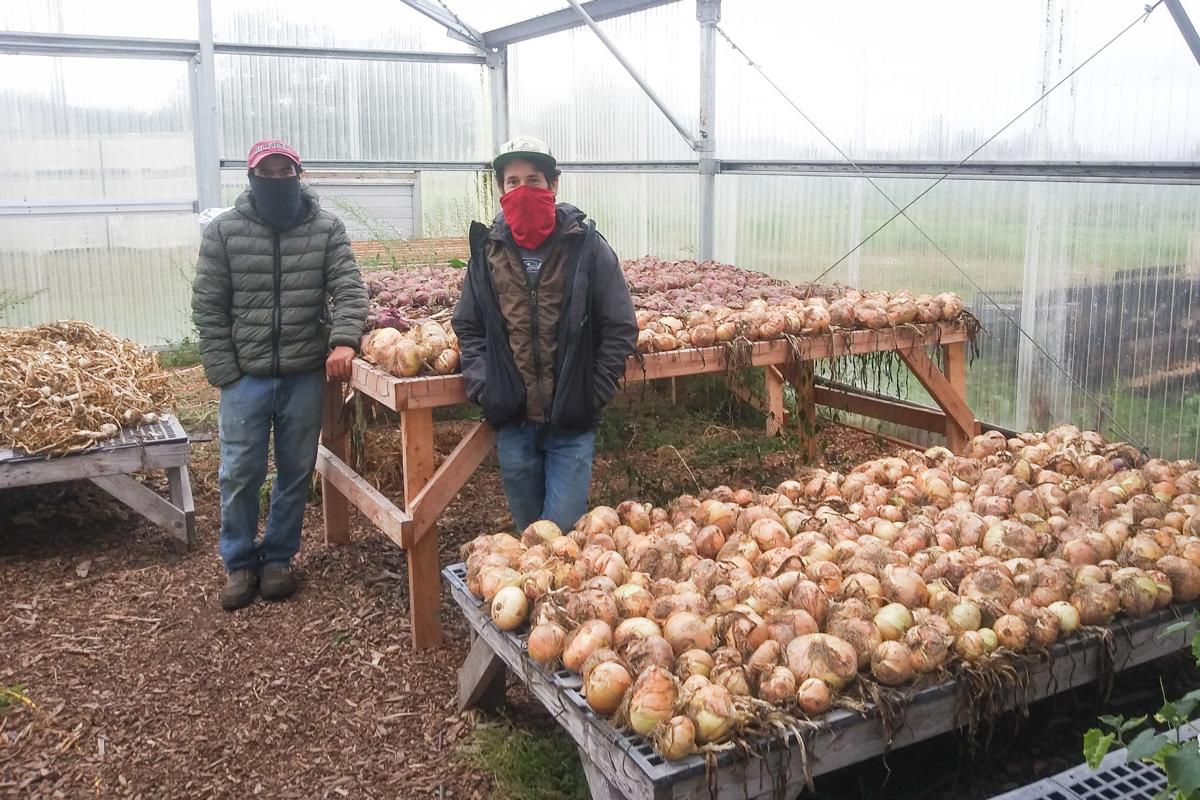 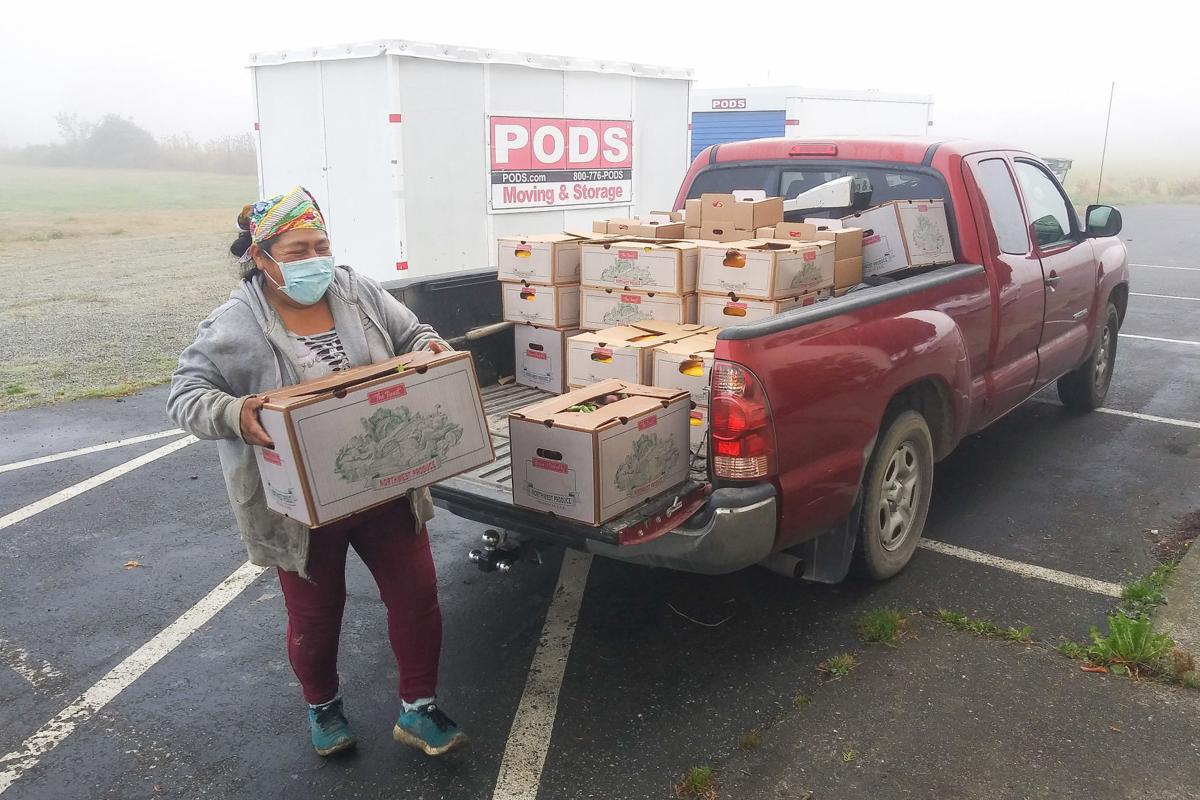 Nelida Martinez of Pure Nelida Farm unloads a box of produce on Thursday as part of a food distribution project connecting Latino farmers and farmworkers. 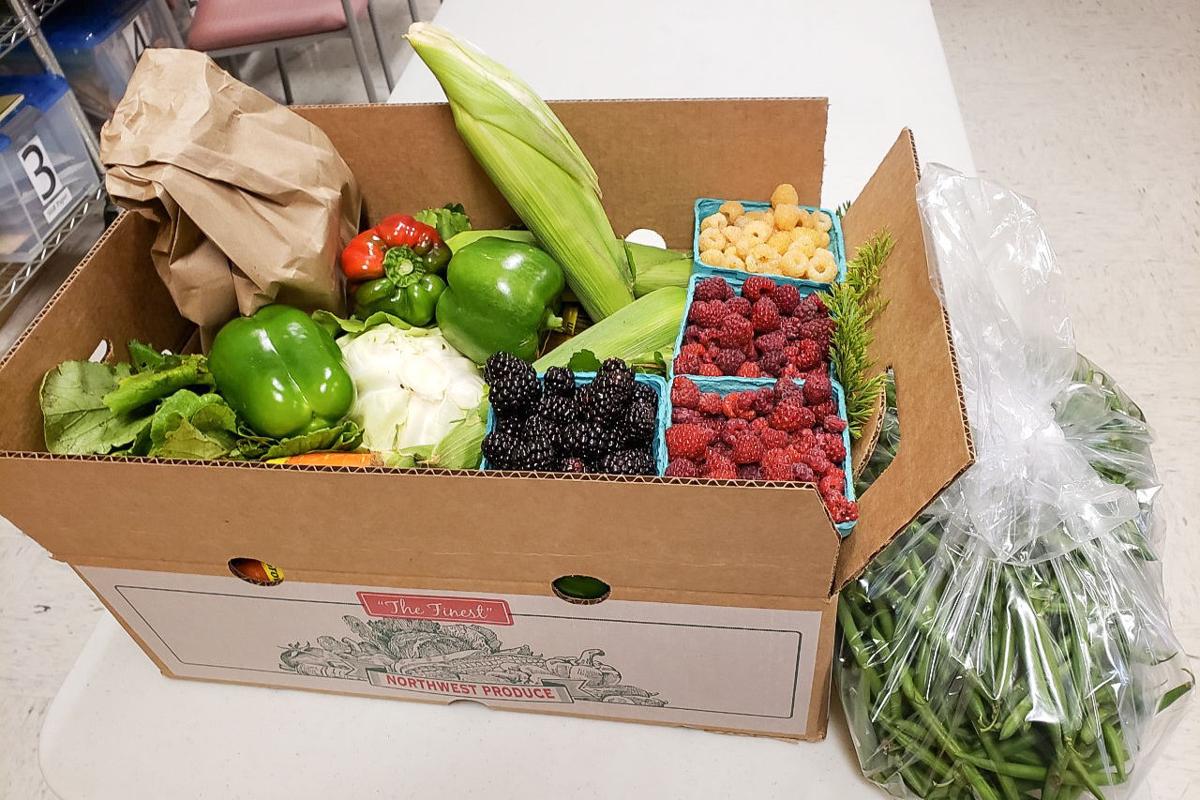 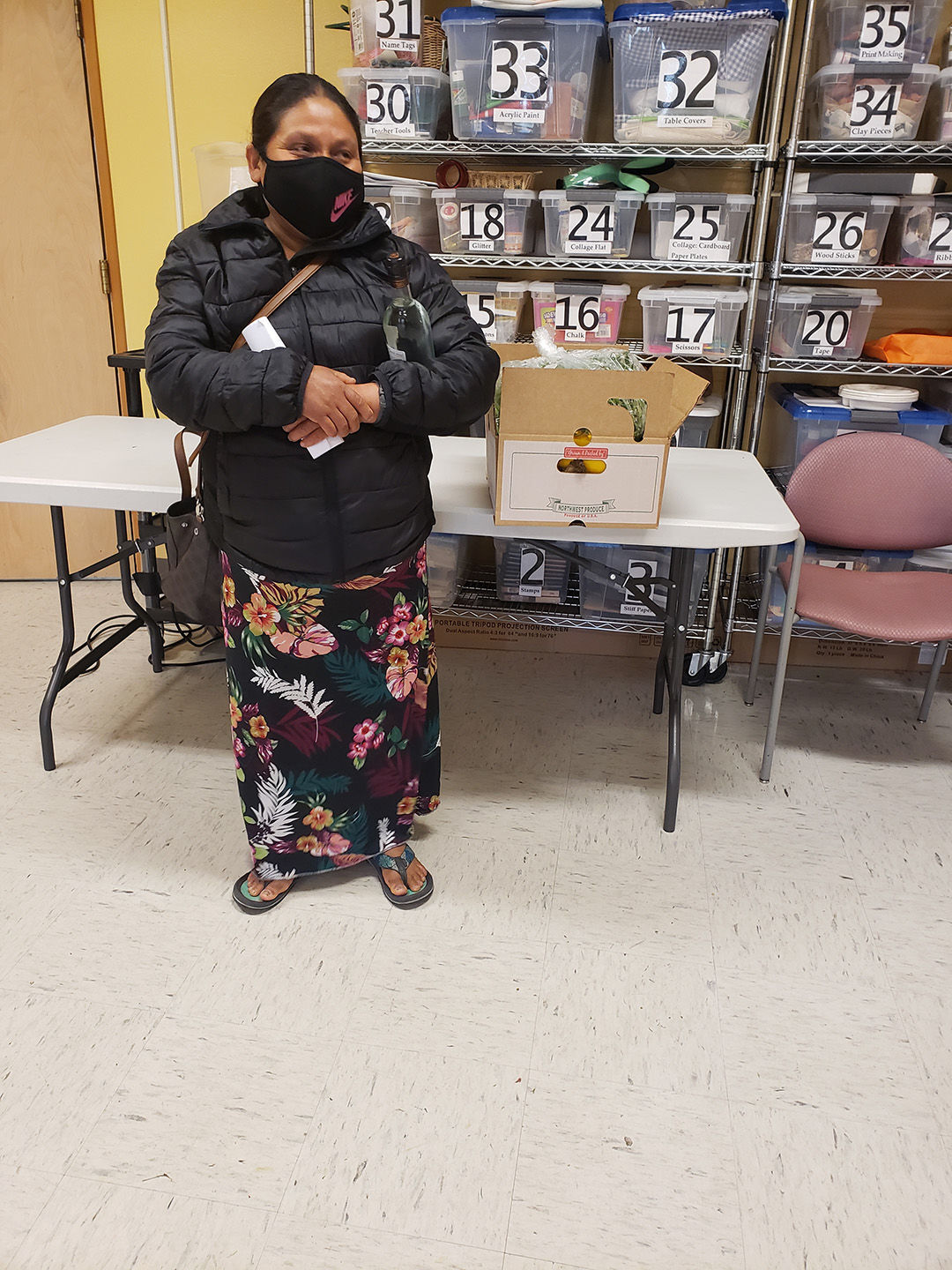 Pictured is a recipient of a food box distributed this week as part of a project connecting Latino farmers and farmworkers.

Nelida Martinez of Pure Nelida Farm unloads a box of produce on Thursday as part of a food distribution project connecting Latino farmers and farmworkers.

Pictured is a recipient of a food box distributed this week as part of a project connecting Latino farmers and farmworkers.

Local nonprofits teamed up this week to purchase $5,000 of produce from four Latino-owned farms in Skagit County and distribute it to farmworker families.

With grant funds from the Skagit Community Foundation, the Northwest Agriculture Business Center and Catholic Community Services Farmworker Center, both based in Mount Vernon, coordinated the project.

All families who received boxes were Latino or Mexican Indigenous and a majority were farmworkers.

Alex Perez, project manager at the business center, said the idea was to purchase and distribute produce that was culturally recognizable to families, used frequently in their cooking, and kid-friendly.

“The goal in my mind is finding creative ways to support local farming and supporting the great need (for food) that is developing that is not slowing down,” he said.

Catholic Community Services Farmworker Center staff members Guillermina Bazante and Marta Olivera, who are both tri-lingual, assisted with the distribution, as many farmworkers in Skagit County do not speak English or Spanish, only their native indigenous languages. The center’s volunteers also helped with the project.

Perez said another goal was to provide inspiration for members of the farmworker community who may be interested in starting their own farms one day.

The produce was sourced from Arado Farms, Farias Farm, Pure Nelida Farm, and Regino Farms. The owners of all four started as farmworkers before opening their own businesses.

Farias Farm, an organic vegetable and berry farm located off Highway 20 east of Burlington, is run by brothers Juan, Francisco and Sergio. Juan Farias said the three immigrated to Skagit County from Mexico when he was 5 and his brothers were teenagers. They worked on area farms for many years before starting their own farm in 2018.

Juan Farias said the project supported the farm through the purchase of produce, and helped build a connection between farmers and farmworkers.

“Just in general, you don’t see Latinos or too many minorities reflected in a successful light in the media,” he said. “I think it’s good to (see farmers) accomplishing what your goals are and knowing they were in your spot, too.”

“The community foundation has been trying to find different ways to connect people who might be in a place of food insecurity with nutrients and food,” he said.