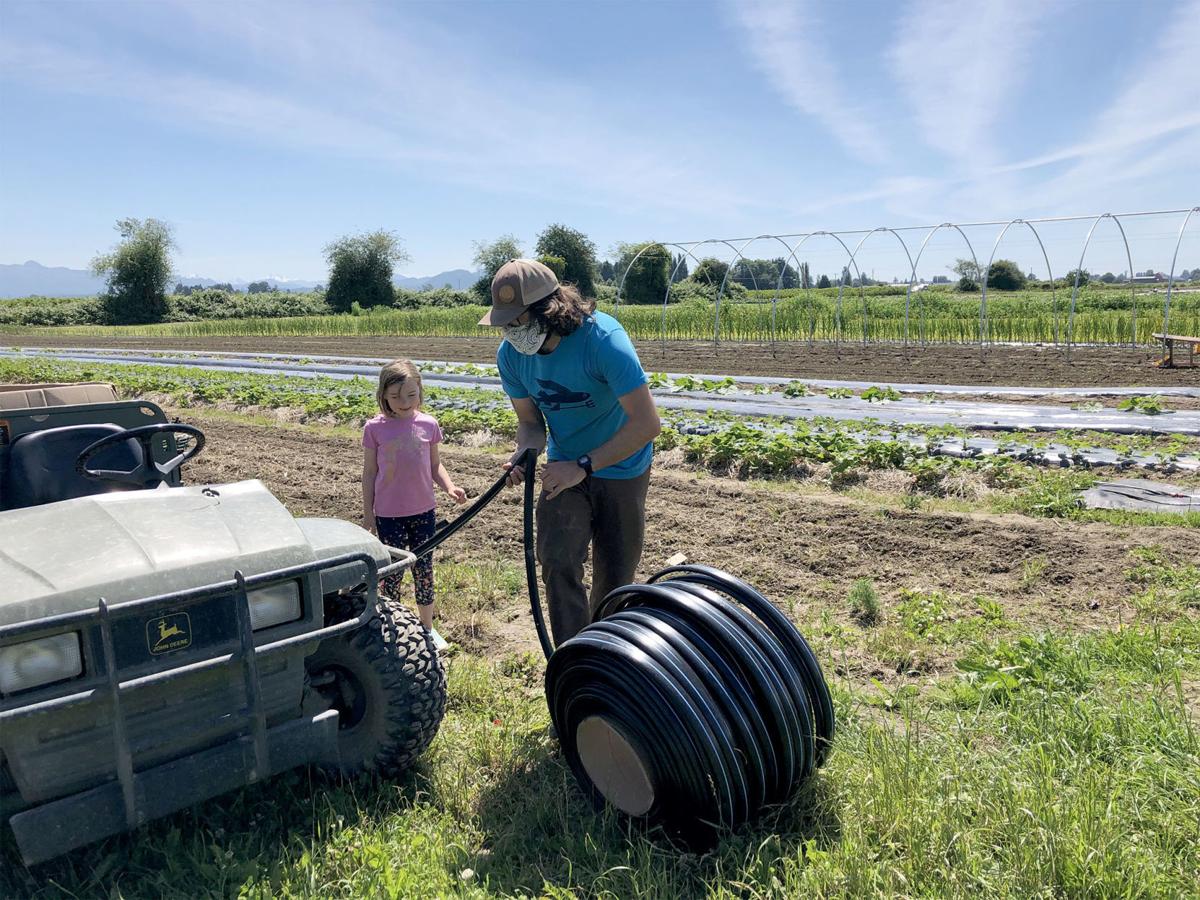 Trevor Gearhart, a student in Viva Farms’ Practicum in Sustainable Agriculture course, and daughter Elsa, 7, work to bring out irrigation hose to a field June 18 at Viva Farms west of Burlington. 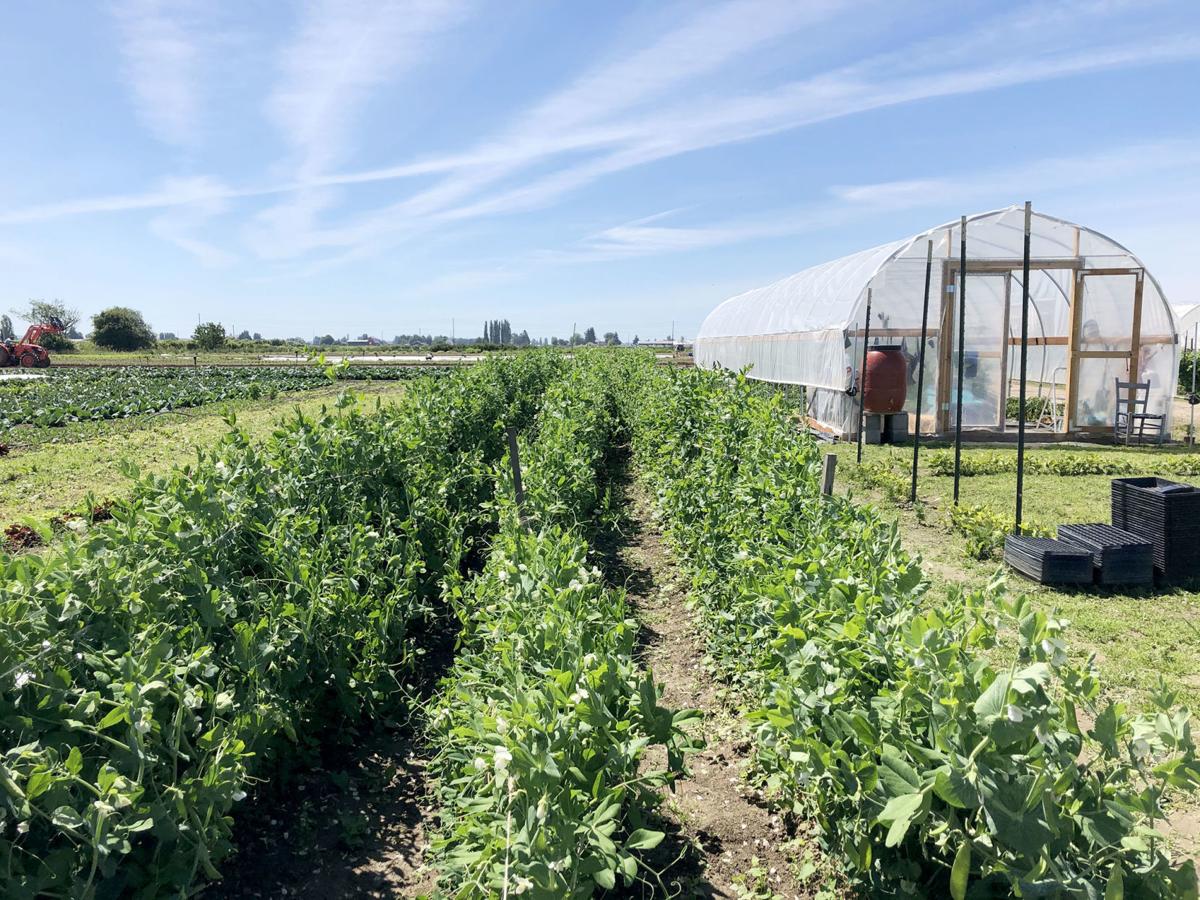 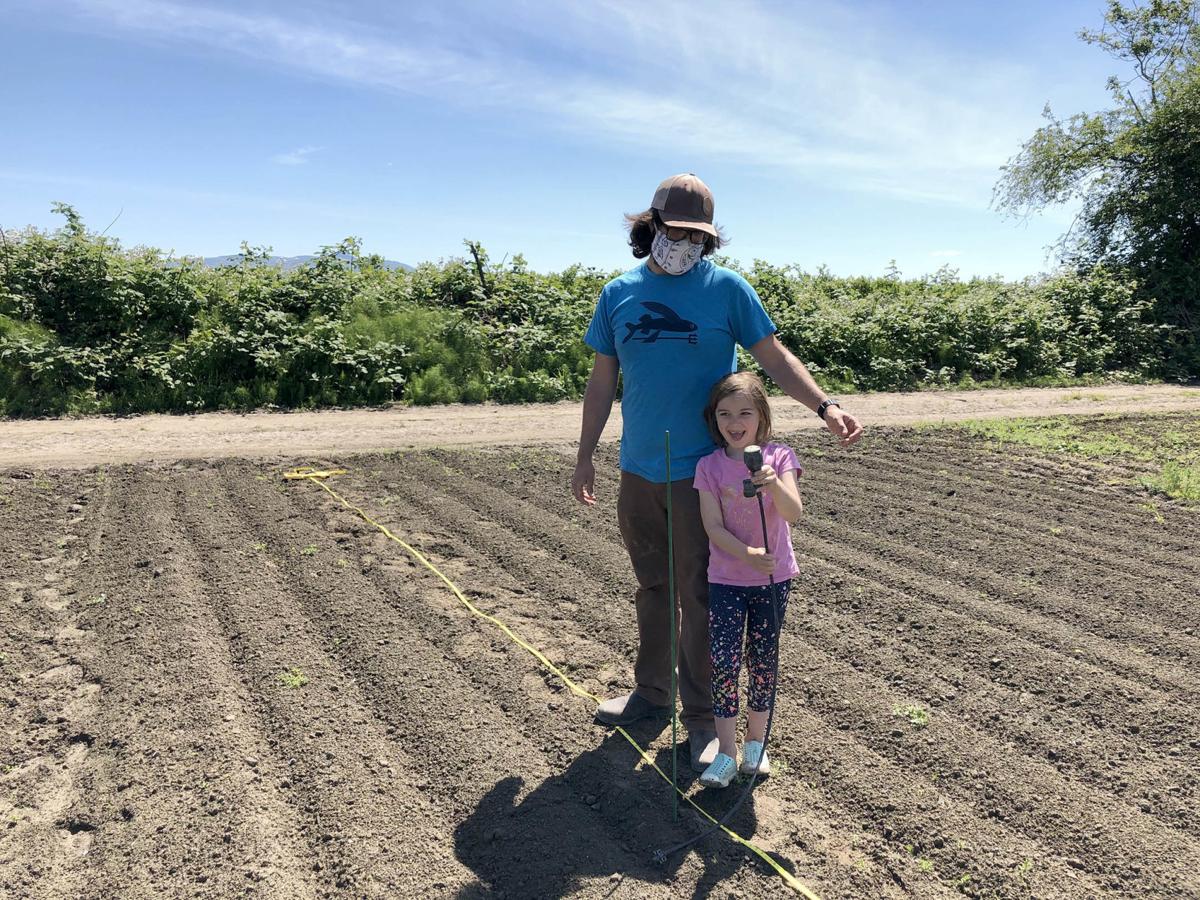 Elsa Gearhart, 7, smiles as she holds a sprinkler head for an irrigation system she helped set up with dad Trevor, a student in Viva Farms Practicum in Sustainable Agriculture course, on June 18 at Viva Farms west of Burlington.

Trevor Gearhart, a student in Viva Farms’ Practicum in Sustainable Agriculture course, and daughter Elsa, 7, work to bring out irrigation hose to a field June 18 at Viva Farms west of Burlington.

Elsa Gearhart, 7, smiles as she holds a sprinkler head for an irrigation system she helped set up with dad Trevor, a student in Viva Farms Practicum in Sustainable Agriculture course, on June 18 at Viva Farms west of Burlington.

In 2009, Viva Farms started out with a mission to launch a new generation of farmers in light of the country’s shrinking farmland and quickly aging farmers.

Eleven years later, the nonprofit, which is based west of Burlington, is looking to grow and expand its mission.

Out of 30 Viva Farms owners surveyed in 2018, 43% were female and 41% identified as Latino or Indigenous Latino, according to Viva Farms.

“We have made great progress toward accomplishing our mission and supported quite a few farm businesses to reach scale and profitability — way above the national average for farms of that size,” Frazier said in a recent interview. “There’s a lot we still can improve.”

Land is one of the top barriers for new farmers, due to limited availability and high costs.

Farmland in Skagit County, by total acreage, decreased by about 8% between 2012 and 2017, according to the U.S. Department of Agriculture Census of Agriculture.

While the number of medium-sized farms has shrunk — as farms consolidate and get bigger— micro farms under 10 acres have grown in number, according to the statistics.

Viva Farms started its farm incubator program at the Port of Skagit, and expanded onto 45 acres of new land in 2018.

“We’ve been full with all the land that has been available to farmers,” Frazier said. “Folks want more (land), because businesses are growing.”

The nonprofit recently started renting a 20-acre piece of land in the Burlington area, and is looking at renting another 20 acres.

He said Viva Farms is also helping farmers launch off-site, and has partnered with PCC Farmland Trust to create an online farm-to-farmer tool.

The nonprofit also runs an incubator program in King County.

In addition to expanding access to land, Frazier said the nonprofit is looking at how it can generate more revenue through donations and money it earns through its wholesale produce distribution program.

“One of the things we’d like to get more expertise around and direction is how do we communicate the reality humbly that little old Viva Farms in little old Skagit County is one of, if not, the most impactful incubator and training organization in the country?” he said.

Viva Farms was recently selected to take part in the Chipotle Aluminaries Project, an accelerator program to help startups that are addressing the problems faced by today’s young farmers, according to a May 20 news release from Chipotle Mexican Grill.

“The seven-month annual accelerator program will connect ventures to the people and organizations they need in order to scale their solutions including mentors, funders and partners,” the news release states.

Caitlin Leibert, head of sustainability at Chipotle, said in an interview Viva Farms was one of eight farming ventures selected out of hundreds of applicants.

“Michael and his team at Viva were incredibly strong candidates,” she said. “Because their mission is so strongly aligned with what we hope to accomplish. The young farmer is facing an uphill battle now, and we are losing way more farmers than we are gaining in the industry.”

She said the program will be adapted to a virtual format due to the pandemic.

Trevor Gearhart, a student in Viva Farms’ Practicum in Sustainable Agriculture course, was setting up an irrigation system with help from daughter Elsa, 7.

He said he and his partner are both students in the course, and want to farm their own land someday.

“I did a lot of gardening, but I’m learning how to scale everything up,” he said.

Katherine Myrvold, sales & farmer training programs coordinator for Viva Farms, said students have been meeting virtually on Zoom for classes, and in-person one-on-one with an instructor to work on projects.

On a neighboring farm, practicum course graduate and first-year farmer Eliza Mae Atterberry of Rain Shadow Farm was working on tending to her three-quarters of an acre farm.

She grows more than 40 crops, and sells her produce through Viva Farms’ seasonal Community Supported Agriculture program and to local co-ops and restaurants.

Atterberry said it’s one thing to have access to land, but the support and guidance provided by Viva Farms makes the difference.

“This was a dream come true having my own spot,” she said. “We have access to land, equipment, water and cooler space.”

Frazier said the cancellation of Viva Farms’ two major fundraising events — Skagit Farm to Pint Fest in April and Feast & Frolic in the Field in July — due to the pandemic has been a hit to the organization.

He said individual farmers have also lost income due to the shutdown of restaurants.

“At the beginning of the year when people have to spend money to start the farming season, it was a tougher lift for people,” Frazier said. “We’ve offered a payment plan for program fees to help with that issue, and some of our farmers have received some funds through different foundations and other grant programs.”

He said businesses are pivoting to selling more produce at grocery stores and directly to consumers.

“It was inspiring to see the optimism in farmers,” he said. “You have to be an optimist to be a farmer.”