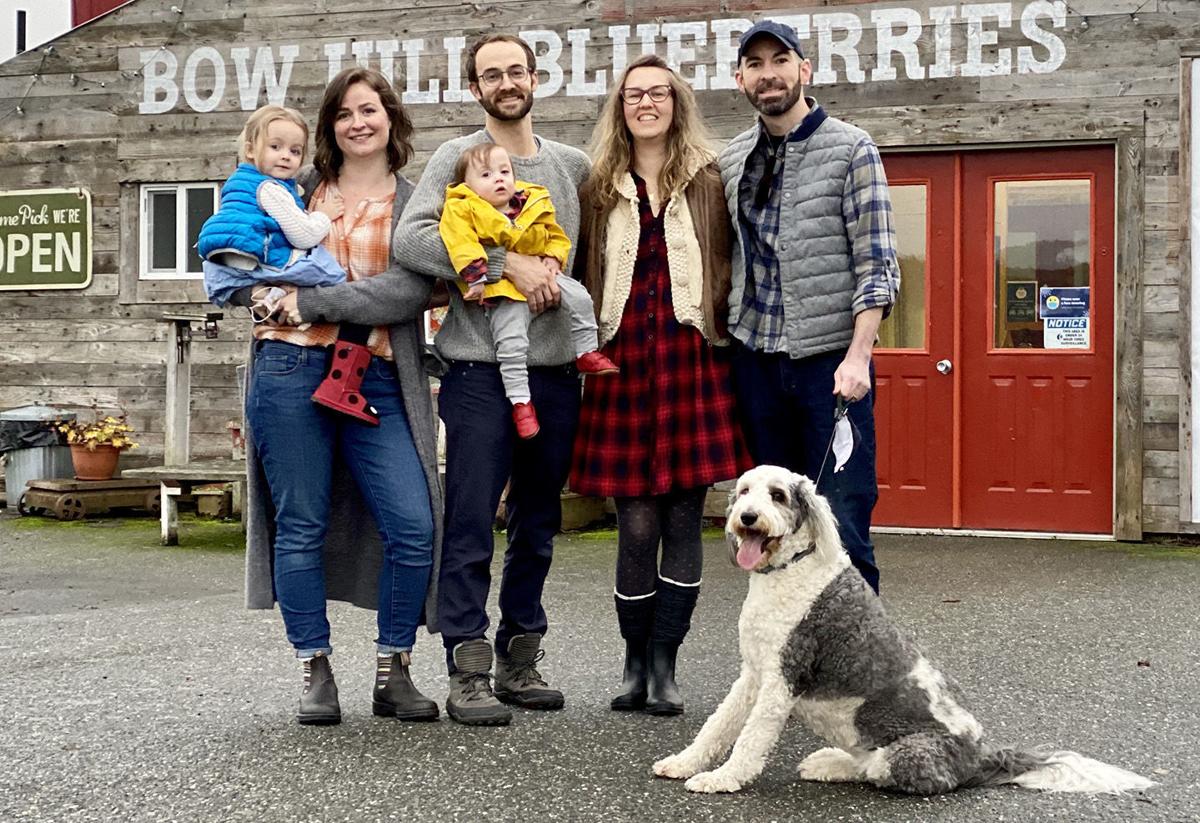 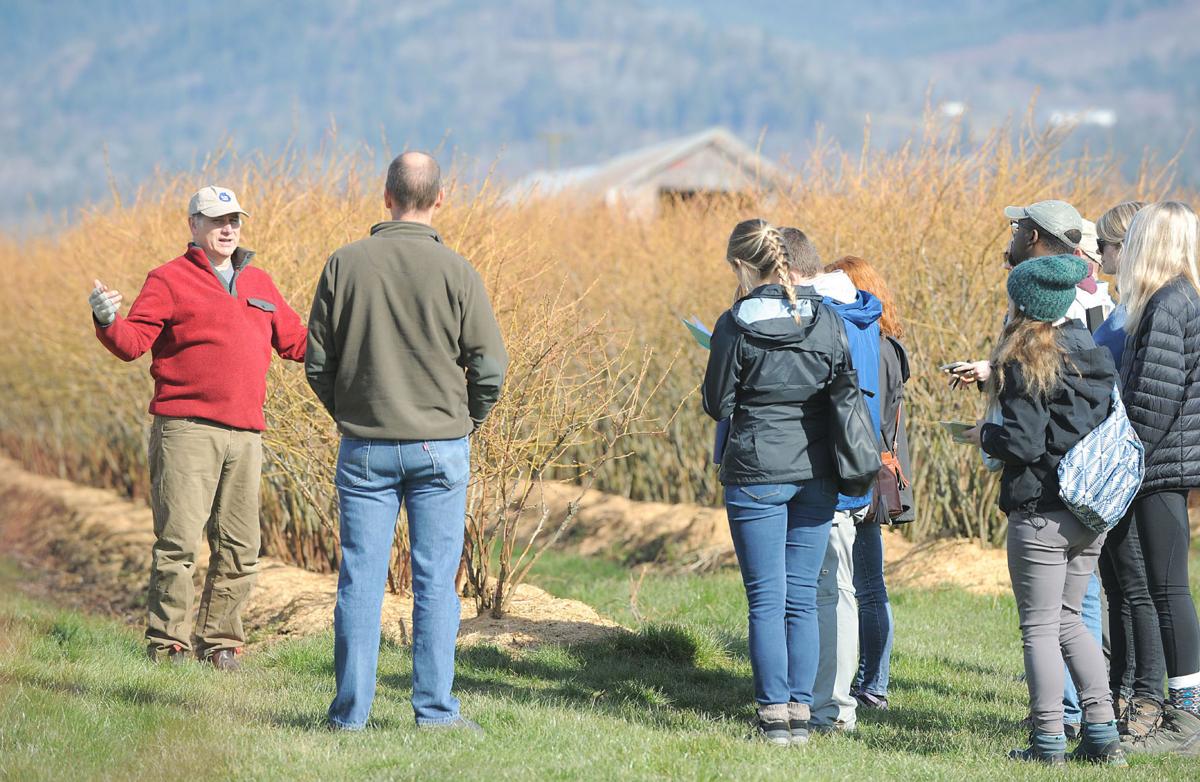 Harley Soltes of Bow Hill Blueberries gives undergraduate students from the University of Kentucky a tour of the farm in March 2018. 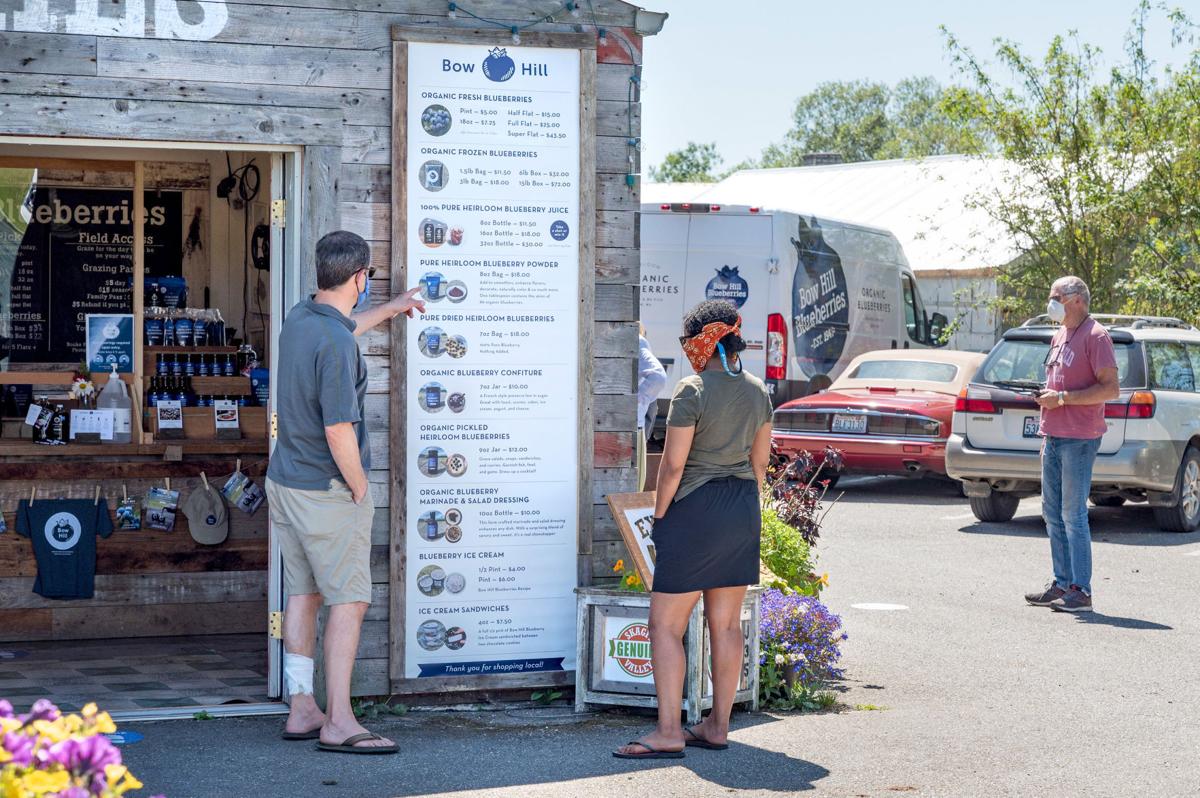 Despite the COVID-19 pandemic, a steady flow of customers visit Bow Hill Blueberries in July. 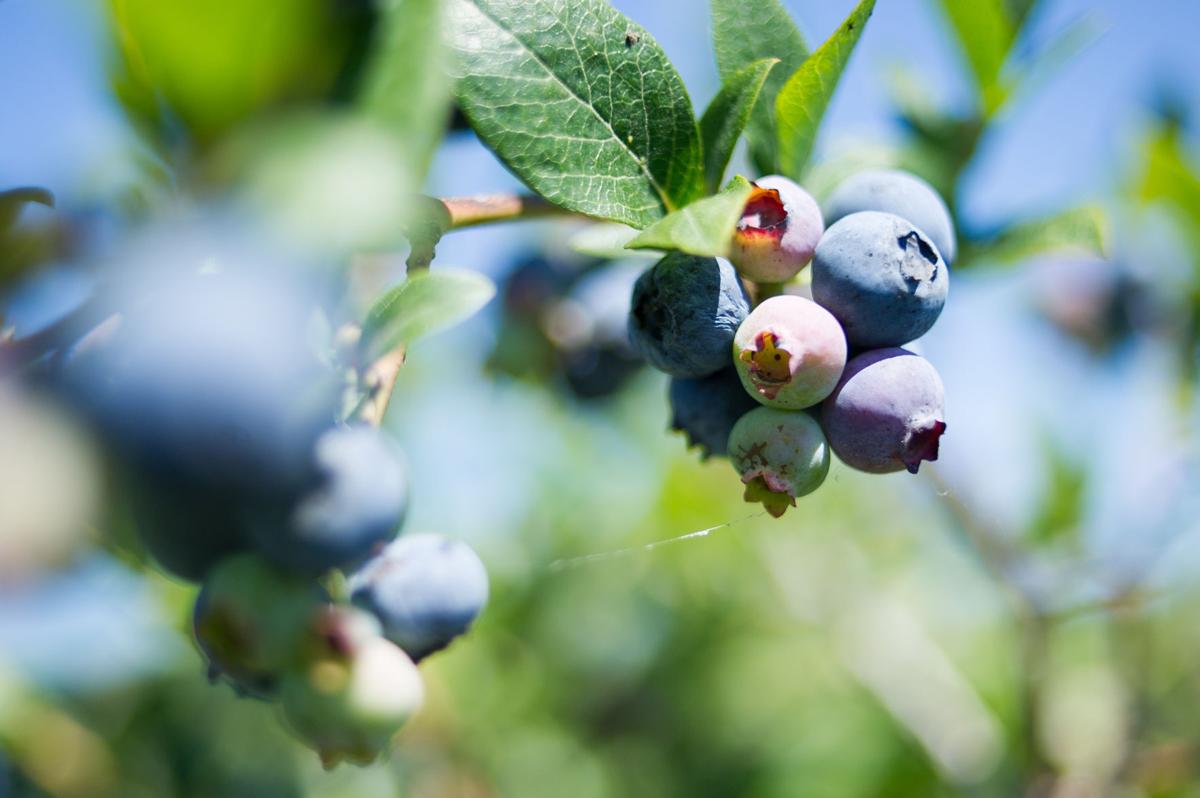 Bluecrop blueberries wait to be picked in July 2019 at the U-pick fields of Bow Hill Blueberries.

Harley Soltes of Bow Hill Blueberries gives undergraduate students from the University of Kentucky a tour of the farm in March 2018.

Despite the COVID-19 pandemic, a steady flow of customers visit Bow Hill Blueberries in July.

Bluecrop blueberries wait to be picked in July 2019 at the U-pick fields of Bow Hill Blueberries.

BOW — In 2011, Harley and Susan Soltes purchased Bow Hill Blueberries and set out to rejuvenate the 73-year-old farm’s heirloom blueberry crops through organic farming and to make the small farm sustainable again.

Nine years later, the Soltes family accomplished its goals and decided it was time to pass on the 5-acre farm to new owners.

The family announced last week the sale of Bow Hill Blueberries to brother and sister duo Ezra Ranz and Audrey Matheson and their spouses Emma Ranz and Andrew Matheson.

“We wanted a young family who had the energy to work on what we did, but even go further with it,” Susan Soltes said. “There’s a lot of opportunity here.”

She said she and Harley, who are both in their 60s, will work on other farming projects in Skagit County.

Ezra Ranz said buying the farm “was something that came out of the blue.”

When the COVID-19 pandemic began, Emma Ranz and Audrey Matheson quickly lost their jobs, he said. While looking for new employment, they found out that Bow Hill Blueberries was for sale.

“We found there was an opportunity to own an organic farm that had a wonderful value-added facility and was already doing great value-added production,” Ezra Ranz said.

Value-added agriculture is a way to increase the value of crops by turning them into new food products.

During the COVID-19 pandemic, the business saw an explosion in demand for its heirloom blueberry juice, and reported a 400% increase in online sales.

“It’s a behemoth, for such a small farm to have such a large impact in the community and the workforce, and have a national reach for a 5-acre farm,” Ezra Ranz said.

He said with expertise in many areas, the new owners feel uniquely qualified to take over the business.

In addition, the new owners would like to add an outdoor education component to the farm.

“We want to have an all-ages education center where people can learn about organic farming practices and how they differ from conventional farming,” Ezra Ranz said.

Bow Hill Blueberries is the oldest blueberry farm in Skagit County. Severin and Ane Anderson purchased the site in 1933 and initially planted strawberries and goldenseal, a medicinal herb, and raised mink for fur and oil, according to the news release.

In 1947, a traveling salesman from the East Coast visited the farm and sold the Andersons on growing blueberries. The farm planted rubel, stanley and jersey blueberries.

The Anderson family ran the farm until 2008.

Susan Soltes said when she and Harley took over the farm, they transitioned the fields to Certified Organic, focusing on building soil health.

“We fed the plants and cared for them,” she said.

The work paid off. Susan Soltes said the farm upped its yield from 29,000 pounds of blueberries in its first year to 73,000 pounds in its best year.

She said the farm has leaned on the expertise of other Skagit County fruit growers, the Washington State University Mount Vernon Research Center, the Northwest Agriculture Business Center, and the Economic Development Alliance of Skagit County.

“It’s a noncompetitive environment; everybody wins,” she said.

Ezra Ranz said the new owners have received mentorship from the Soltes family and a warm welcome from the community.

“It’s been a wonderful introduction to the collaborative aspect of living in the Skagit Valley,” he said.