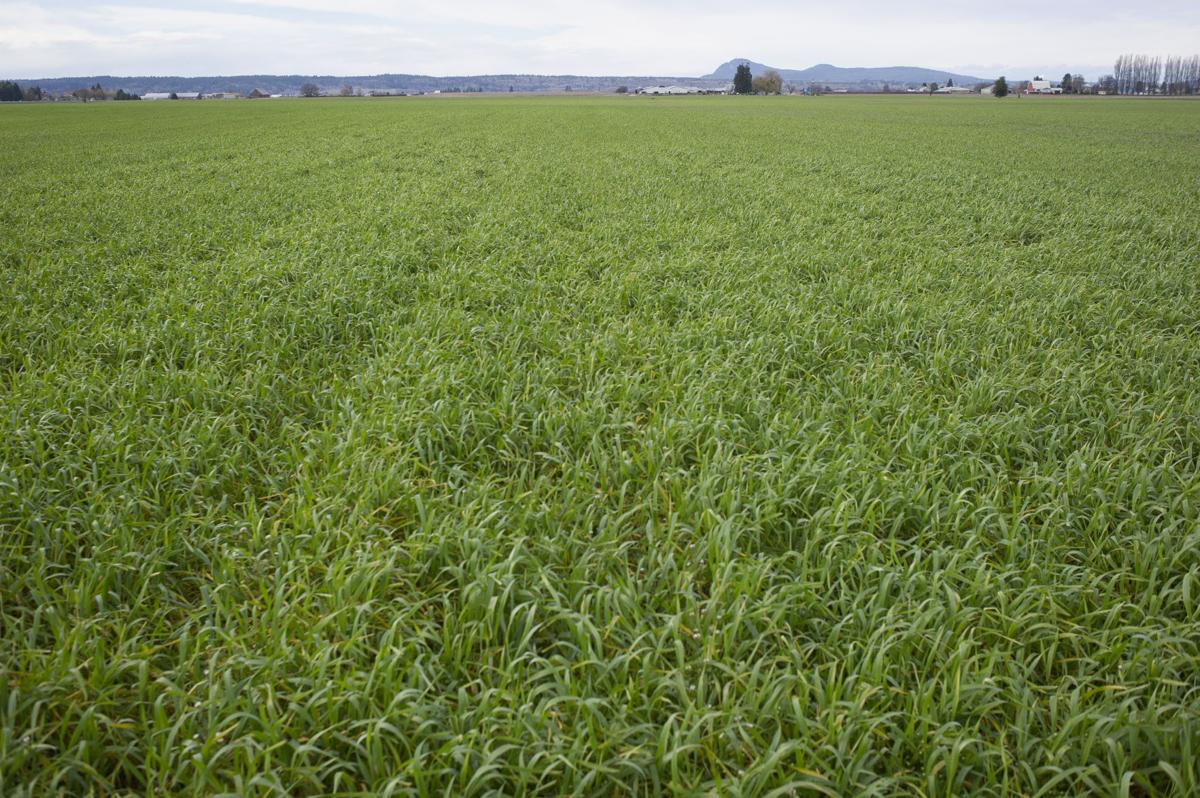 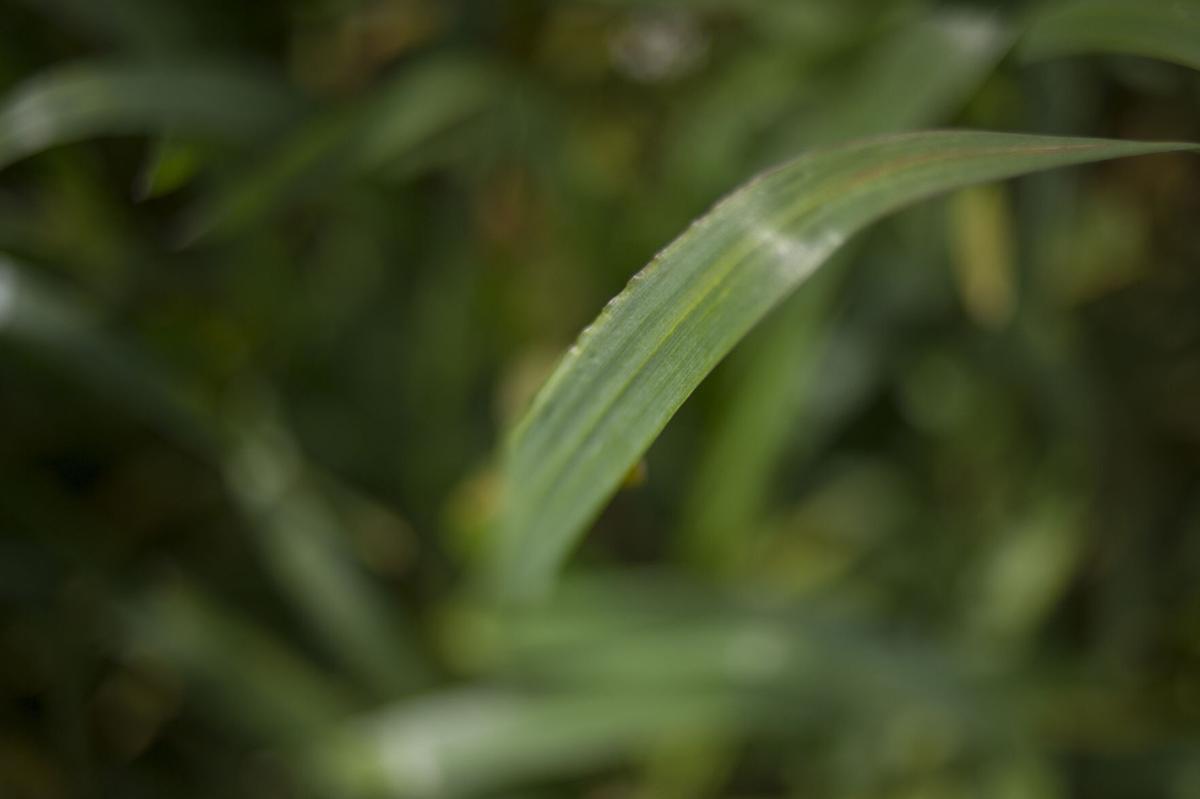 Triticale, a hybrid of wheat and rye, blankets a field March 9 west of Mount Vernon. 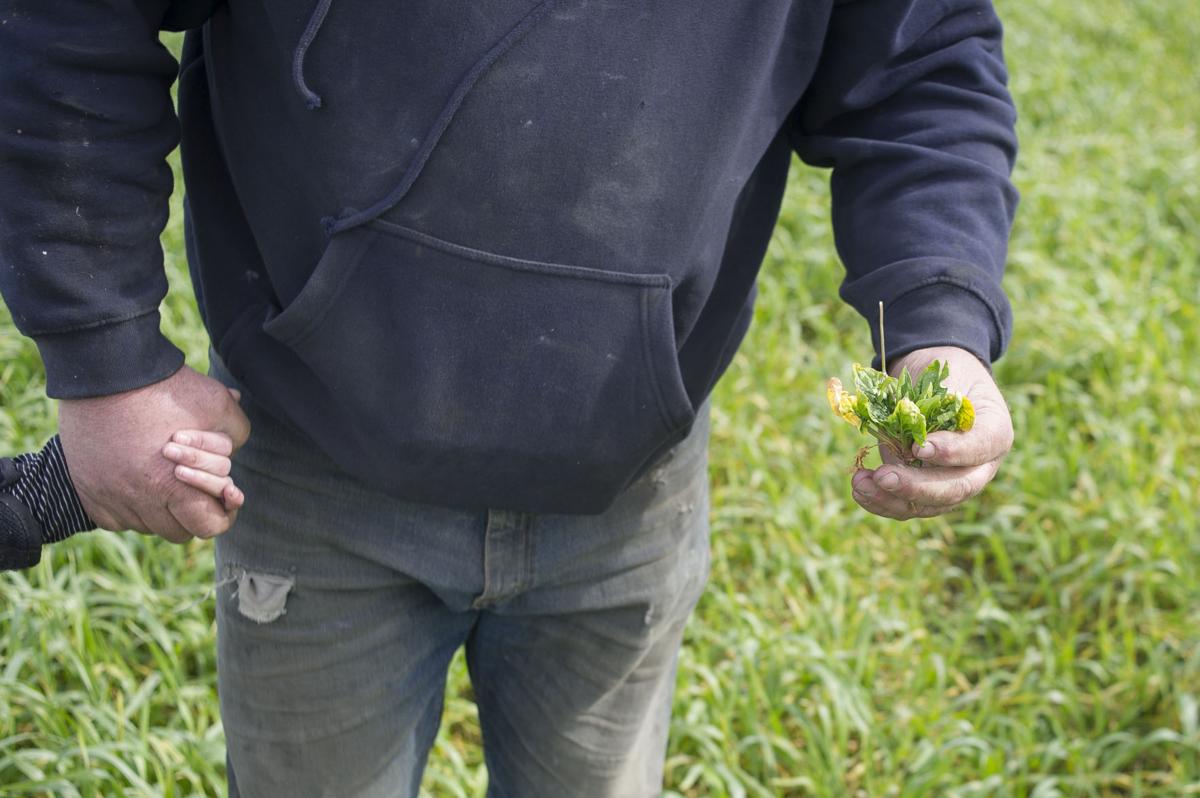 Jason Vander Kooy, a dairy farmer west of Mount Vernon, holds spinach plant in a field March 9. The field, which was used for spinach seed last spring and summer, was planted with a cover crop this fall thanks to a Skagit Conservation District pilot program. 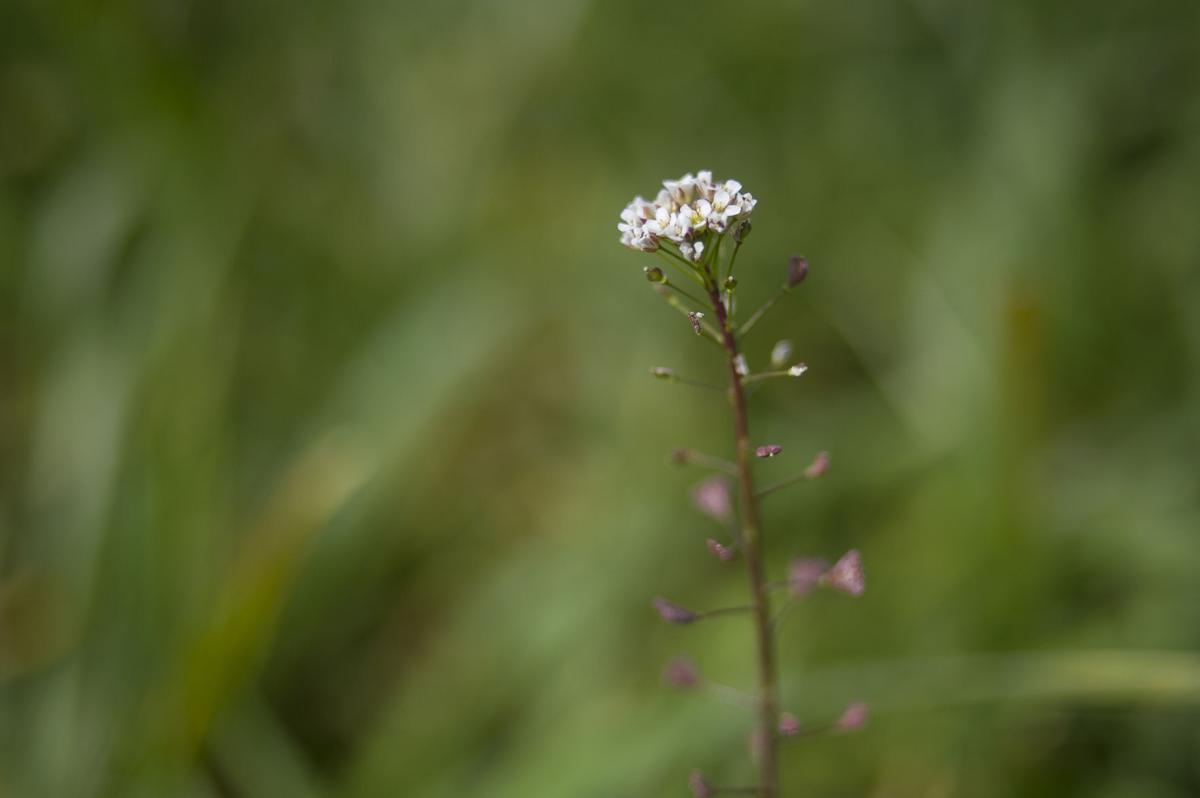 Triticale, a hybrid of wheat and rye, blankets a field March 9 west of Mount Vernon.

Jason Vander Kooy, a dairy farmer west of Mount Vernon, holds spinach plant in a field March 9. The field, which was used for spinach seed last spring and summer, was planted with a cover crop this fall thanks to a Skagit Conservation District pilot program.

Cover crops are not grown for profit. They are planted after crops that are grown for profit are harvested, and help farmers maintain healthy soils and offer other benefits.

“Preventing erosion and providing nutrient cycling services, those are huge to protecting water quality and maintaining and preserving healthy soil,” he said. “That is the basis of productivity, if you have healthy soil.”

“It’s a great thing to do for the environment, but it’s an added expense that doesn’t put money back in your pocket right away,” he said.

Wild said when the conservation district pursued a tax request in 2019, it heard ideas from farmers on services it could offer.

Assistance with cover crops was one.

The program began in July and ran through October, with the goal to get cover crops in the ground after the harvest and before fall rain.

Most farmers planted the cover crop triticale, a hybrid of rye and wheat, and others planted annual ryegrass, a cereal rye/vetch mix, winter wheat and fava bean, according to the conservation district.

One participant in the program was Jason Vander Kooy, a dairy farmer west of Mount Vernon. He planted 80 acres, and the conservation district paid him $50 an acre for seed.

Vander Kooy planted triticale in a field where spinach seed grew last season. This year, he will rent the field to a potato farmer, a land-sharing arrangement common in the Skagit Valley.

Both spinach seed and potatoes are among the top commercially grown crops in Skagit County.

Vander Kooy said if he hadn’t planted the cover crop, the field would have been bare over the winter.

There are several benefits to cover crops, he said.

“If there are leftover nutrients — fertilizer or manure — the plant will capture the nutrients,” he said.

In addition to protecting the quality of the land, the cover crop will also feed Vander Kooy’s cows.

“The benefit for me is it will cover the cost of feed,” he said.

The crop that isn’t fed to cows will be worked into the potato field at the start of the planting season, adding more nutrients to the soil.

Outside of the conservation district’s program, Vander Kooy said he planted an additional 40 acres of cover crops in the fall. In the past, he has planted up to 500 acres.

He said waterfowl — such as the duck and geese that spend their winters in Skagit Valley farm fields — have become more of a problem in recent years, making cover crops less economically feasible.

“They’ll destroy everything,” he said.

“I think cover crops are making a comeback,” he said. “I think a lot of people stopped spending money because you couldn’t get anything out of it.”

Wild said the conservation district spent about $20,000 on the pilot program, out of $30,000 authorized by Skagit County Public Works and the county’s Voluntary Stewardship Program.

The district hopes to receive funding to offer the program again this year, he said.

Kara Symonds, watershed planner with Skagit County Public Works, said the county’s Voluntary Stewardship Program is funded through the Washington Conservation Commission. She said the county expects to know by summer if it will receive additional funds.

”We would absolutely like to build on the huge successes the conservation district had in their first year in the program,” she said. “It’s a multibenefit program to the soil, landowners, and our environment.”

The Skagit Conservation District offers technical assistance and public outreach with the goal to protect and enhance natural resources. The district’s services are funded through state and federal money and annual fees on Skagit County landowners.