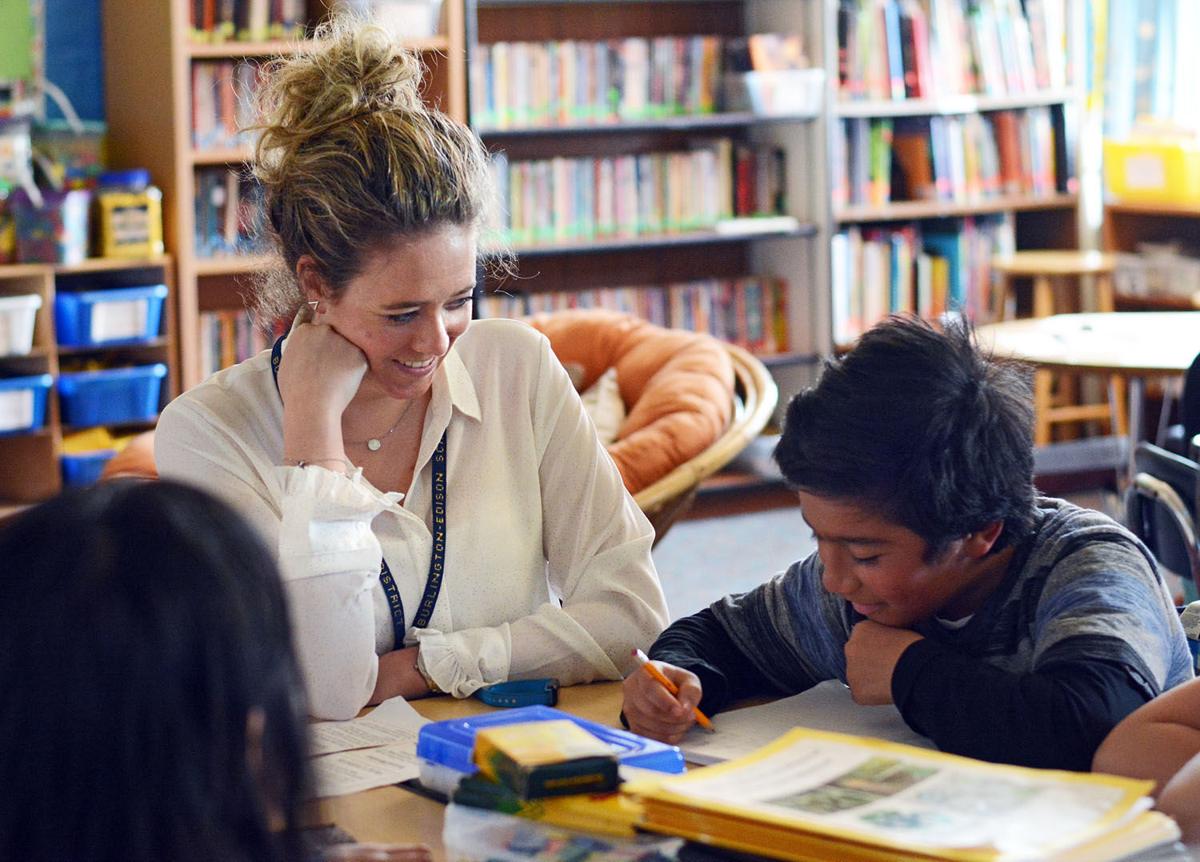 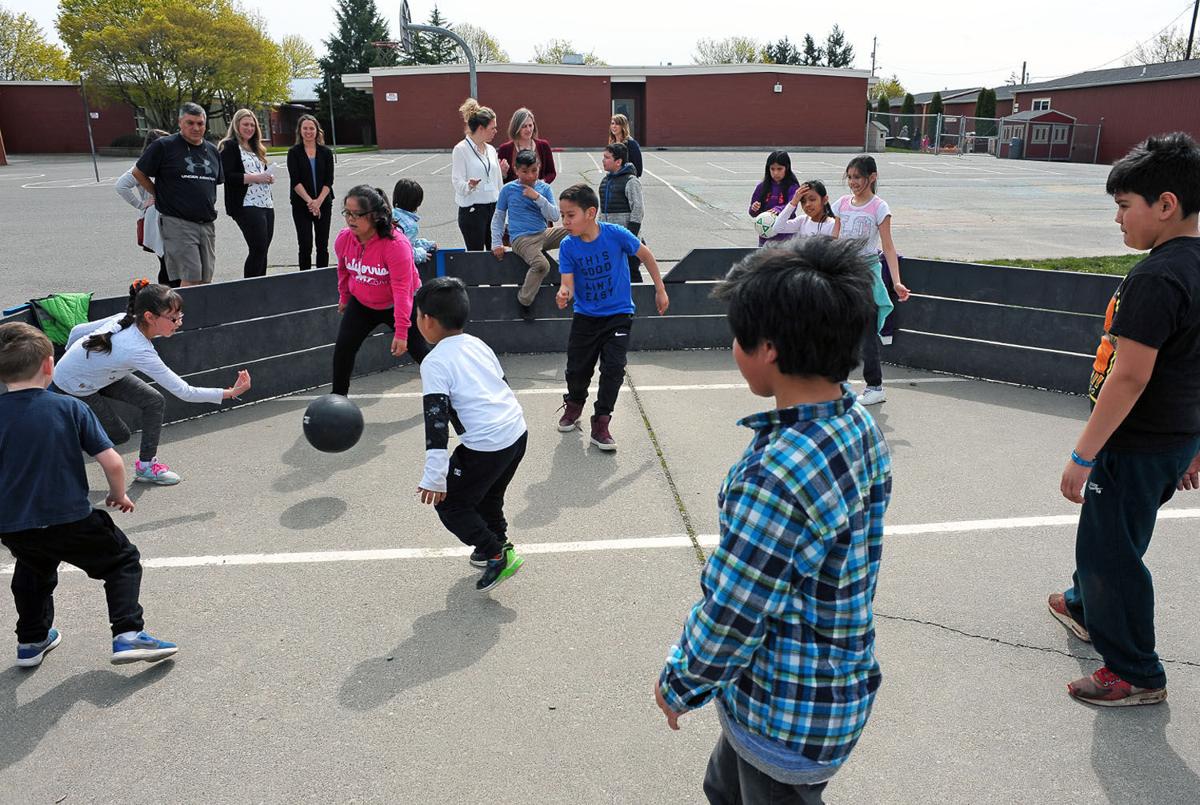 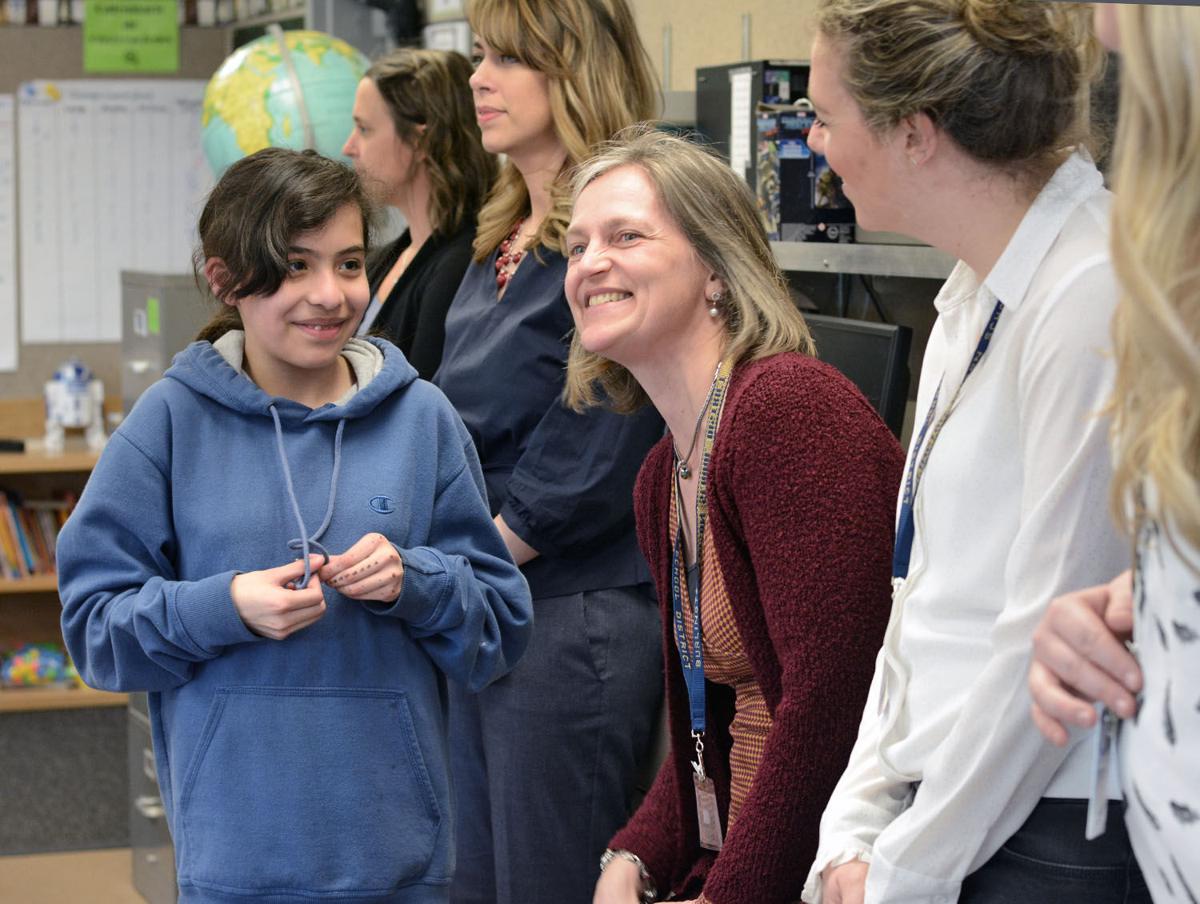 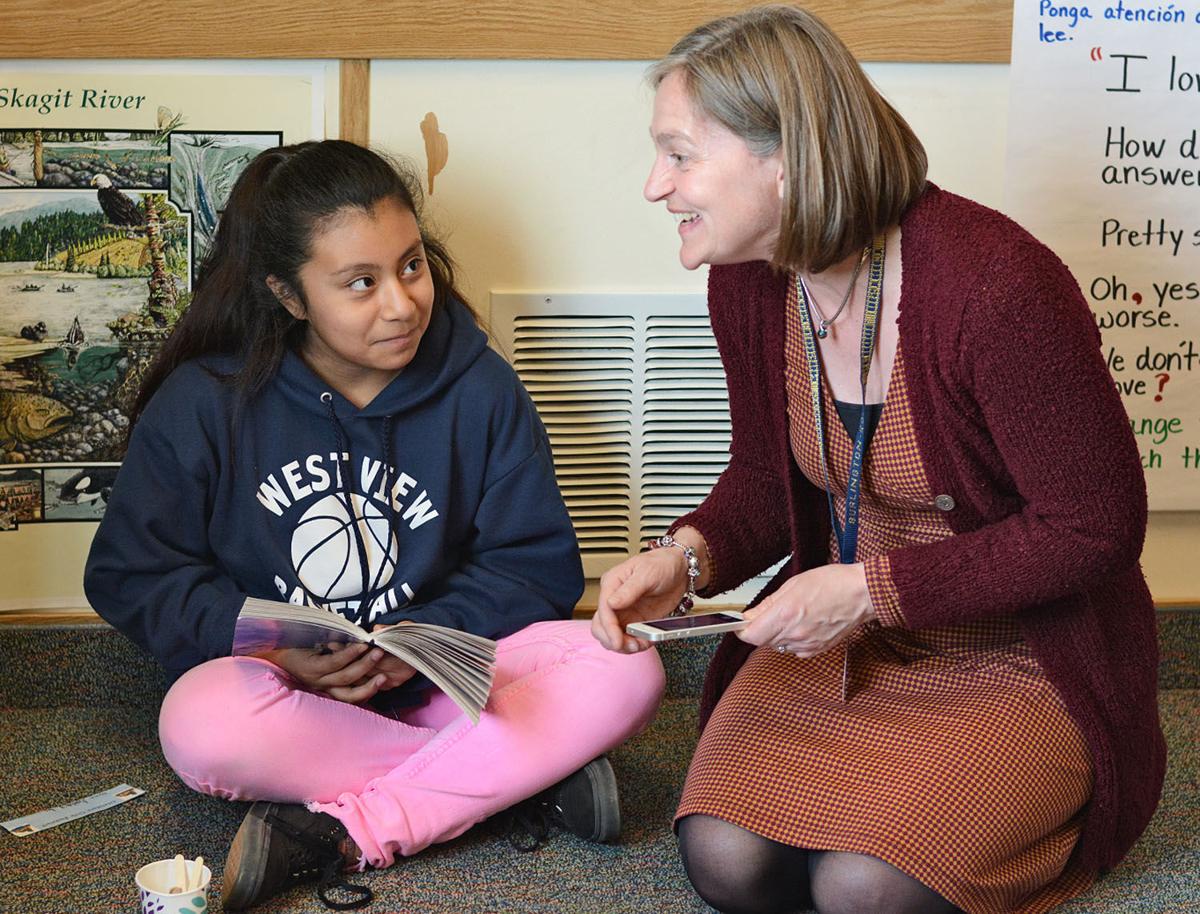 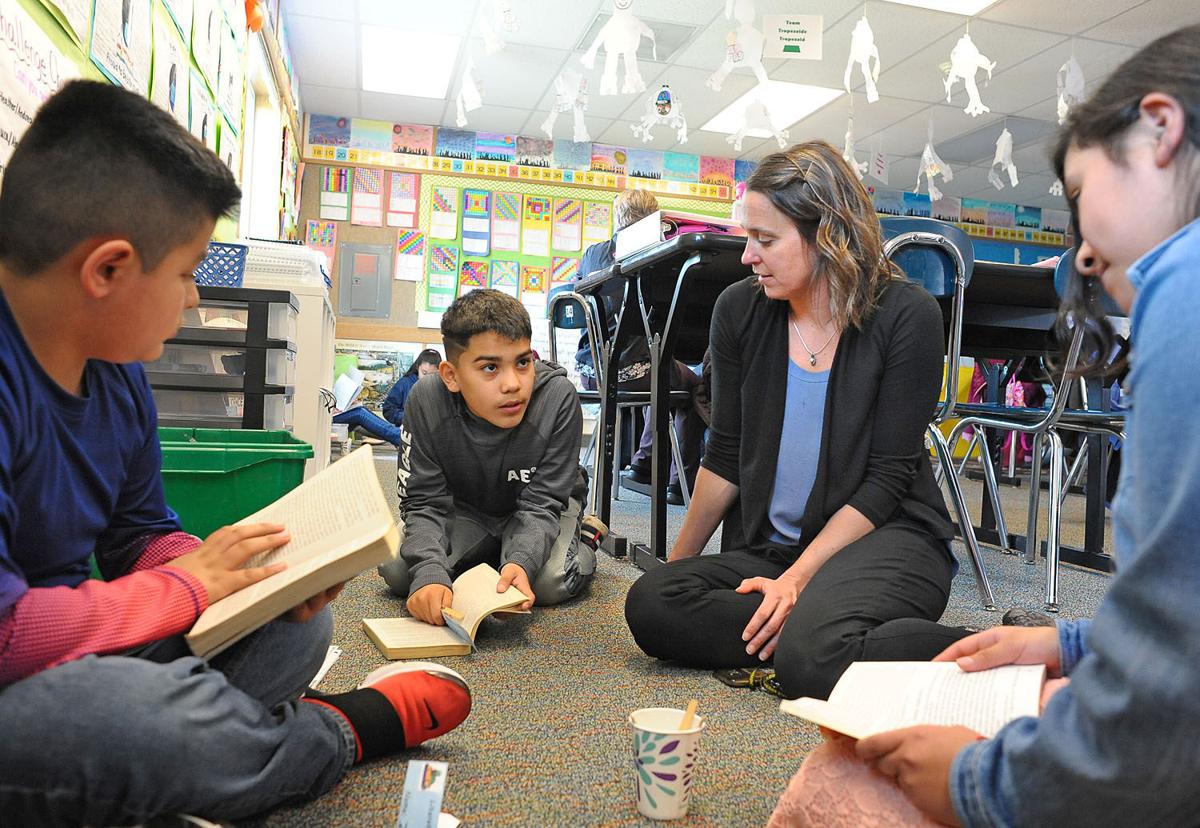 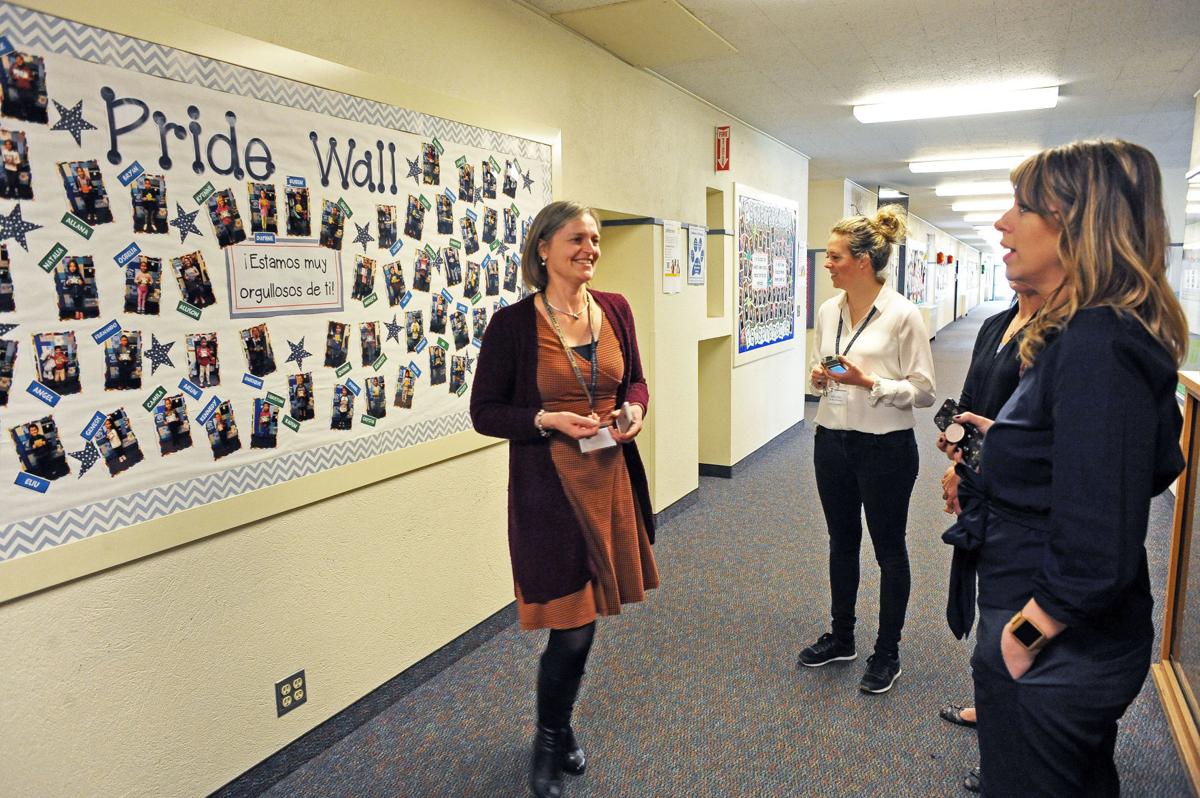 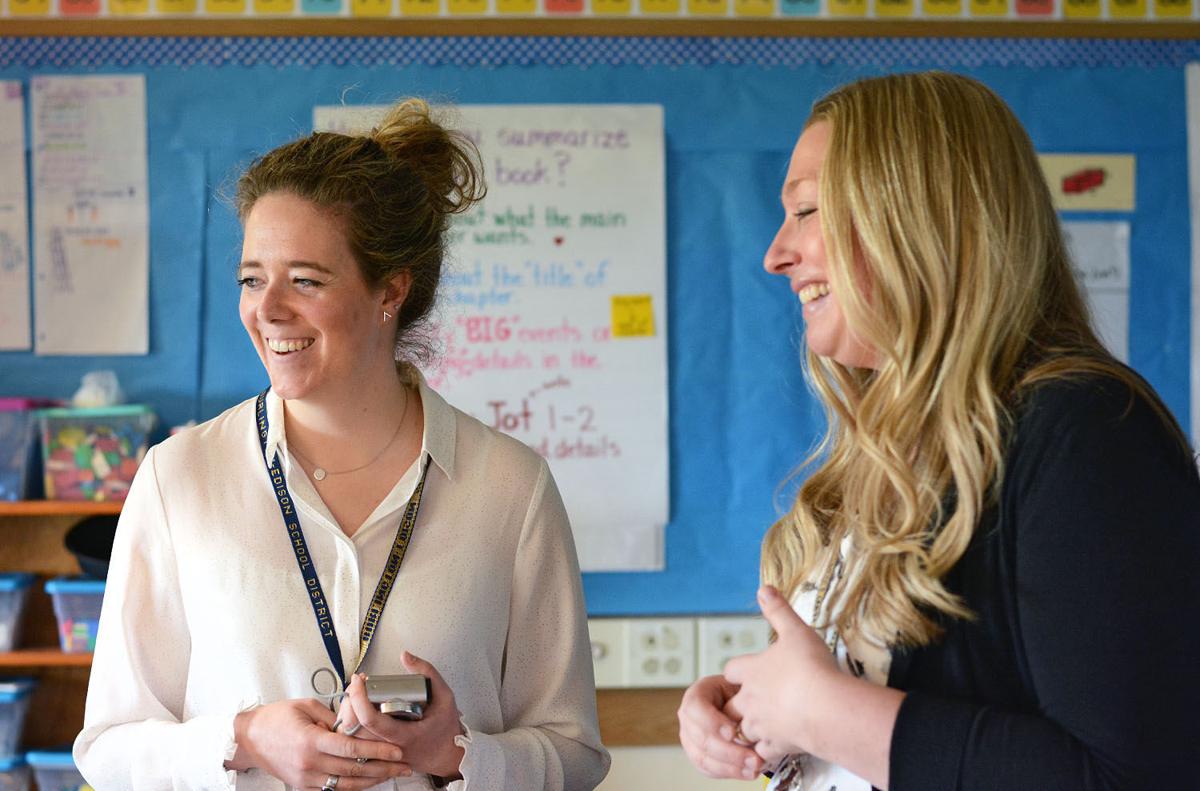 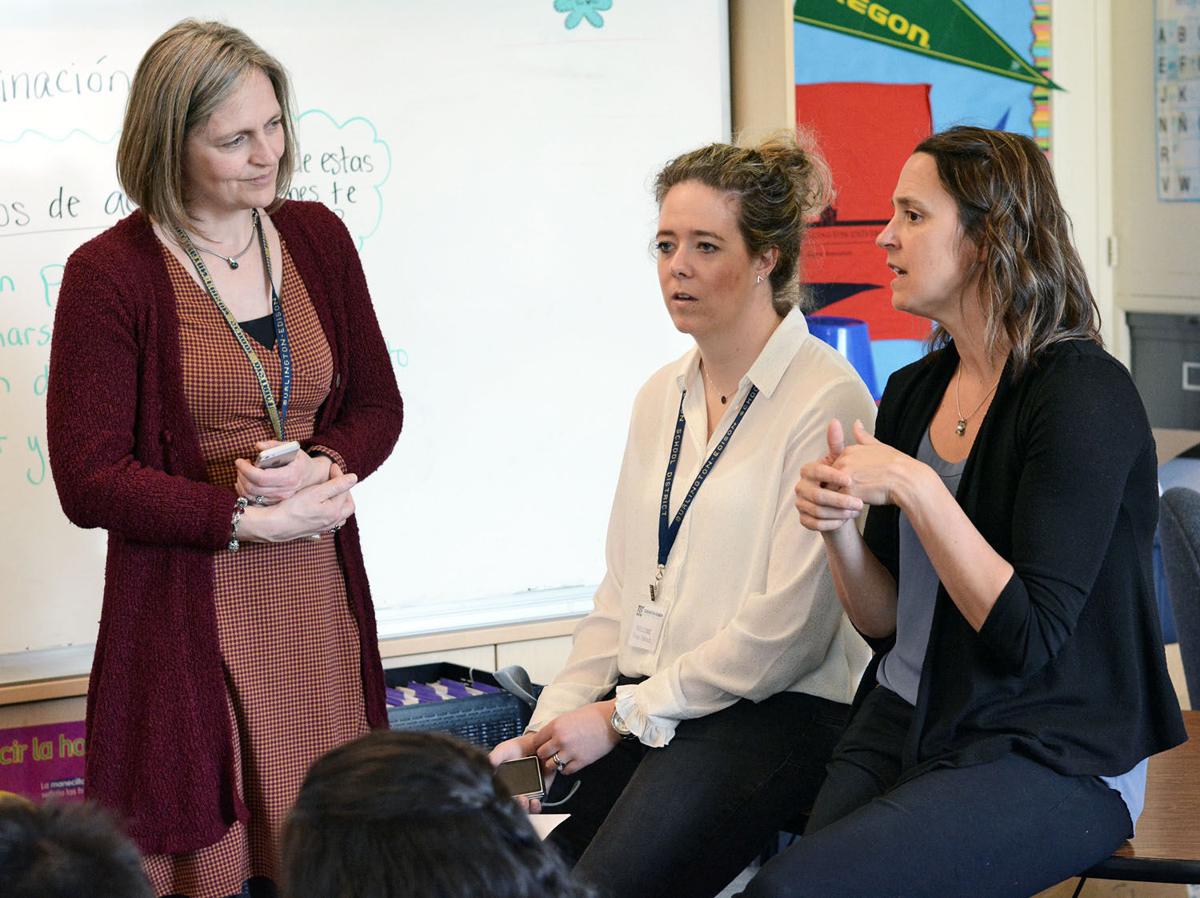 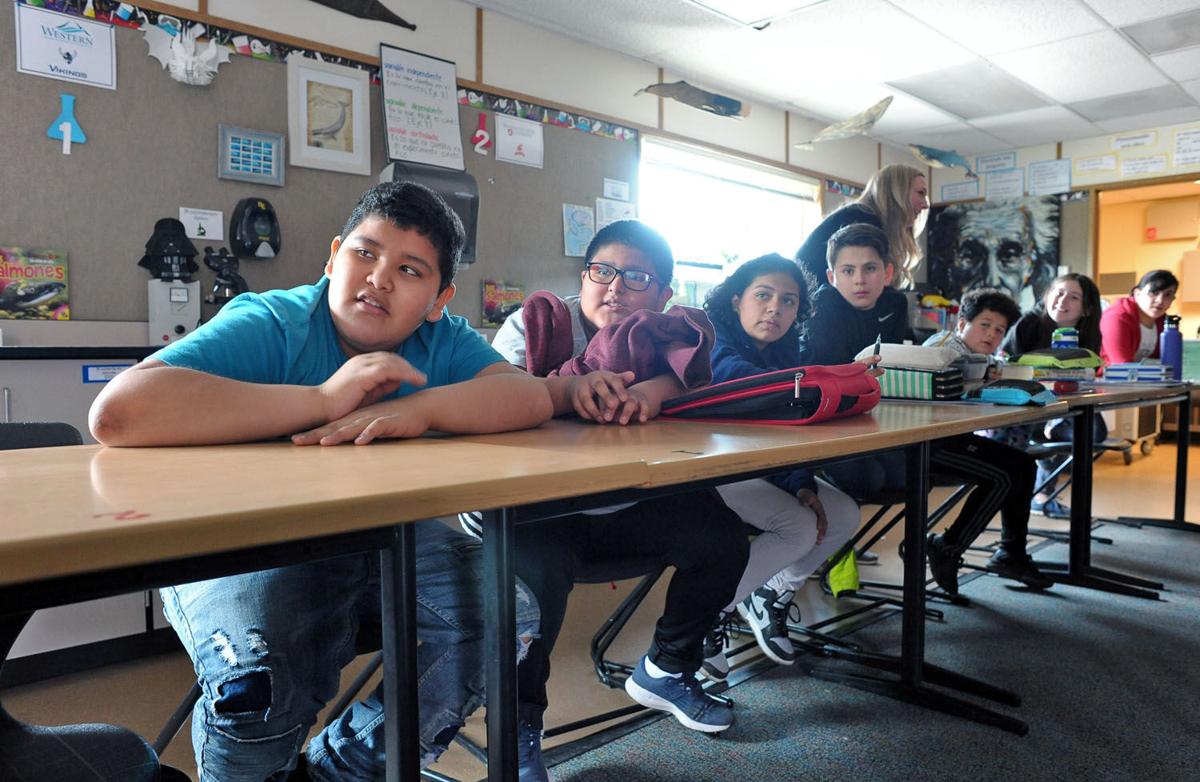 In an enclosed octagon-shaped area, the students bounced off walls while attempting to hit their classmates below the knees with a soft ball.

It was a sight Gertine Hazelaar, a principal at a primary school in Dordrecht, the Netherlands, had never seen.

“It’s completely new for me,” Hazelaar said with a smile as she took out her phone to capture a video of the game.

Hazelaar was one of about 10 educators from the Netherlands who visited the Burlington-Edison School District earlier this month to learn about the district’s “Deeper Learning” initiative.

“We’re learning about how to bring more student choice and voice into the learning,” Brenda Booth, a Burlington-Edison School District consultant teacher, said of the Deeper Learning emphasis. “(Creating) learning experiences where the students are making the meaning, not just listening to lectures.”

The district has been experimenting with Deeper Learning strategies for several years, with the goal of getting students more connected to the practical applications of learning.

“It’s not what our kids know,” Superintendent Laurel Browning said. “That’s not the goal by itself. It’s what can they do with the information they have.”

Much of the Deeper Learning initiative, Booth said, focuses on the “six Cs” of education: communication, collaboration, creativity, critical thinking, citizenship and character.

By focusing on those, Booth said students from all backgrounds have the ability to access the same education.

“Developing as a human being and how you fit into your community,” Booth said. “For students to find their identity and voice and then feel empowered to give to their community and the global world.”

In mid-March, educators from seven countries, including the United States, met in Vancouver, British Columbia, for a Deeper Learning conference, Browning said.

“We’re able to learn from each other globally,” Booth said.

As the Dutch educators move to implement their own Deeper Learning strategies, they visited the Burlington-Edison district after the conference in Vancouver to get inspiration for how they could incorporate Deeper Learning into their classrooms.

“It’s a very rich environment in the classrooms,” Hazelaar said.

During the school visit, West View Elementary students were engaged with their teacher, hardly noticing the visitors to their classrooms. Each lesson, Hazelaar said, was more like a conversation between the teachers and students than a lecture.

“(It’s) stimulating the children to learn more,” she said. “That’s what I really liked.”

One program Hazelaar said she liked in particular was an online portfolio tool called Seesaw, which allows students to share their classwork with their parents in real time.

“The children can make their own decision: ‘This is what I want to show my parent and this is why I made that decision,’” Hazelaar said.

As she listened to teacher Jesus Perez-Linares give a science lesson in Spanish, Hazelaar was surprised to learn that he would not have to repeat the lesson in English.

The school is dual-language, meaning students have their science and social studies classes in Spanish and their literacy and math classes in English.

In the Netherlands, Hazelaar said, students take English lessons for a few hours each week beginning in the about the fourth grade, but they are not as immersed in their foreign language as the students at West View Elementary.

“I think that this would be great in the Netherlands,” said Dutch teacher Vivian Tiebosch, who teaches 8- and 9-year-olds.

While Tiebosch noticed similarities between her school in Dordrecht and West View Elementary, including the small-group reading circles, she saw differences as well.

At West View Elementary, Tiebosch said the students also had more room to go outside and play during recess.

Another difference the Dutch educators admired about the Burlington-Edison School District were the choices available to high school students, Browning said.

In the Netherlands, once students reach 15, they must choose a career path, Browning said. In the U.S., high schools provide more options.

“They also want their kids to be able to have voice and choice,” Browning said of the Dutch educators.

Despite the differences, the Dutch and Skagit County educators agree: there are more similarities than differences.

“We have global issues that our children are all faced with,” Browning said. “The complexity of our world issues are the same.”

An issue faced by both districts has to do with diversity and equity — how to teach students from a variety of cultures and backgrounds at the same standards.

As their tour of West View Elementary came to a close, Hazelaar and Tiebosch had one more stop to make: the large poster boards outside the school’s office.

One highlights students who have demonstrated the school’s “trait of the month.”

“I always want more kids in my office that are sent for this than discipline,” West View Elementary Principal Tamara Skeen said.

Another poster board highlights the families that school staff have recently met during home visits to learn more about the student.

“With Deeper Learning, it’s a lot about partnering with the families,” Booth said. “You’re able to reach the students based on their identities at home.”

West View Elementary’s way of highlighting student achievement was something Hazelaar and Tiebosch thought would be good at their school.

“You can more understand where a student is coming from,” Tiebosch said.

In the future, both parties are hoping the learning partnership can continue — in the classroom, through methods such as Skype and behind the scenes through the Deeper Learning initiative.

“I think there is a true sense of opportunity to continue that dialogue across the globe,” said Bryan Jones, the district’s director of equity and assessment. “That’s a really cool thing.”